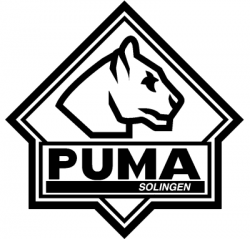 If you want to see all kind of Pumas, old and new check out Shlomo ben Maved page...great looking knives. 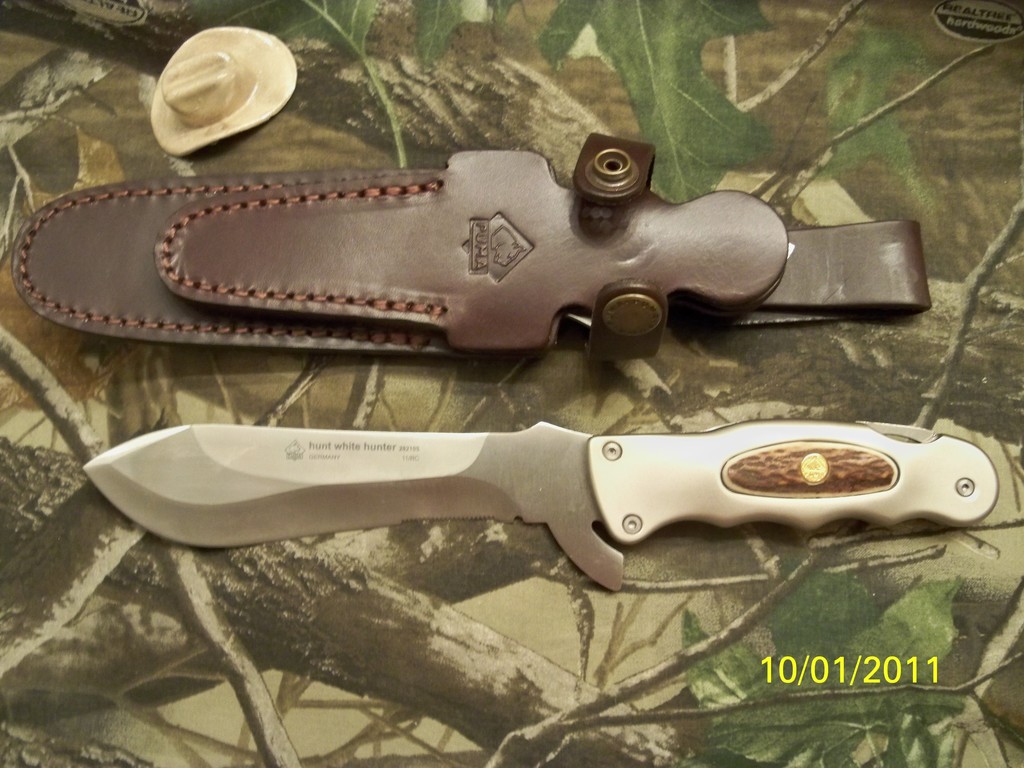 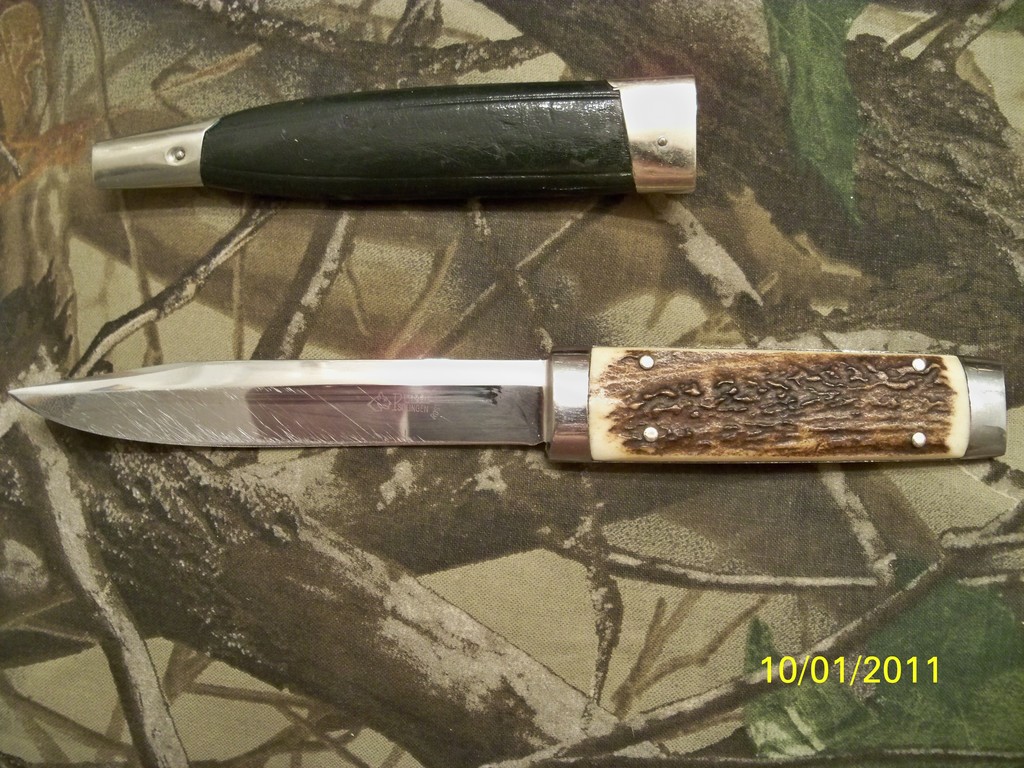 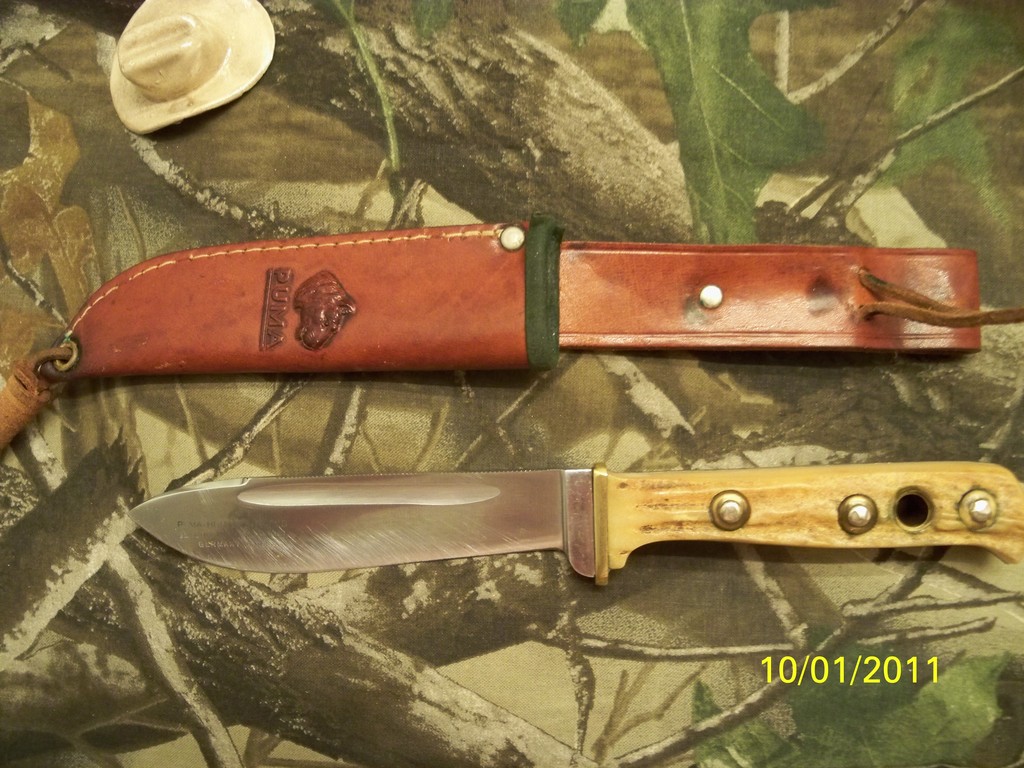 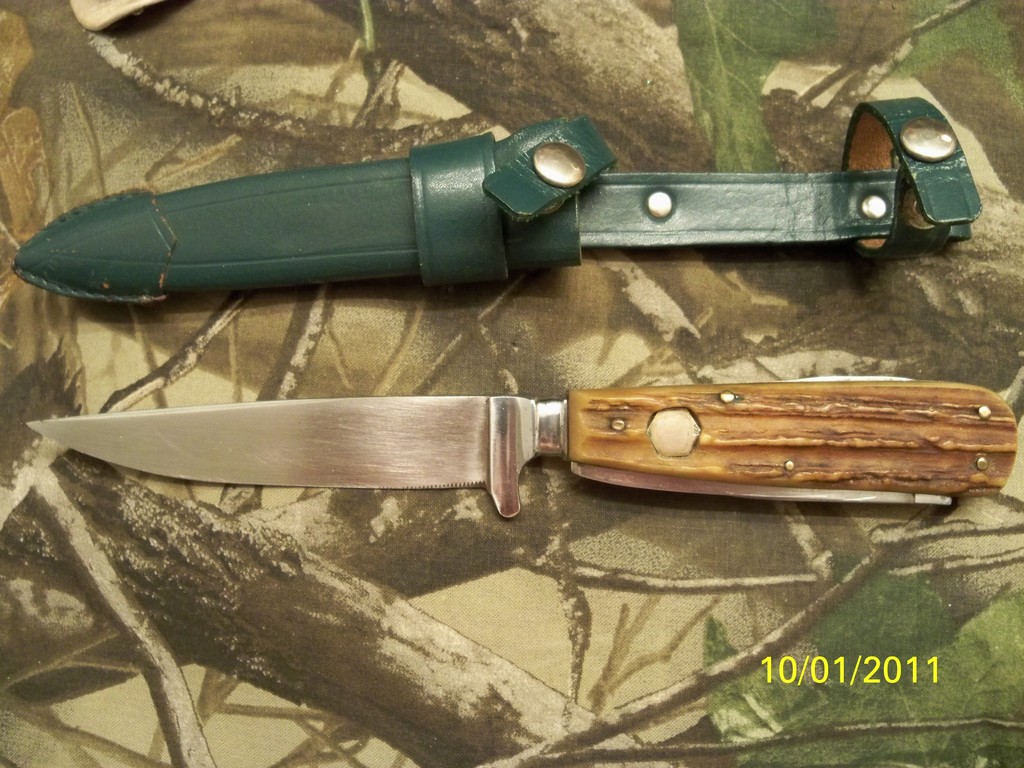 Puma classics plus one imitation {Romo} 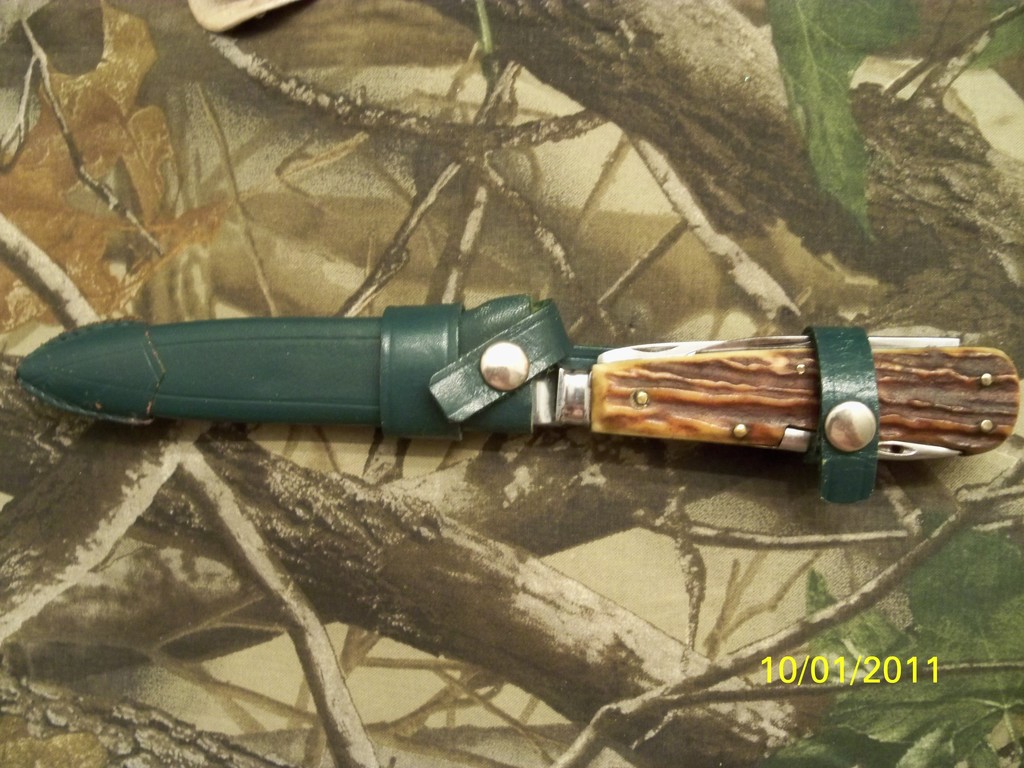 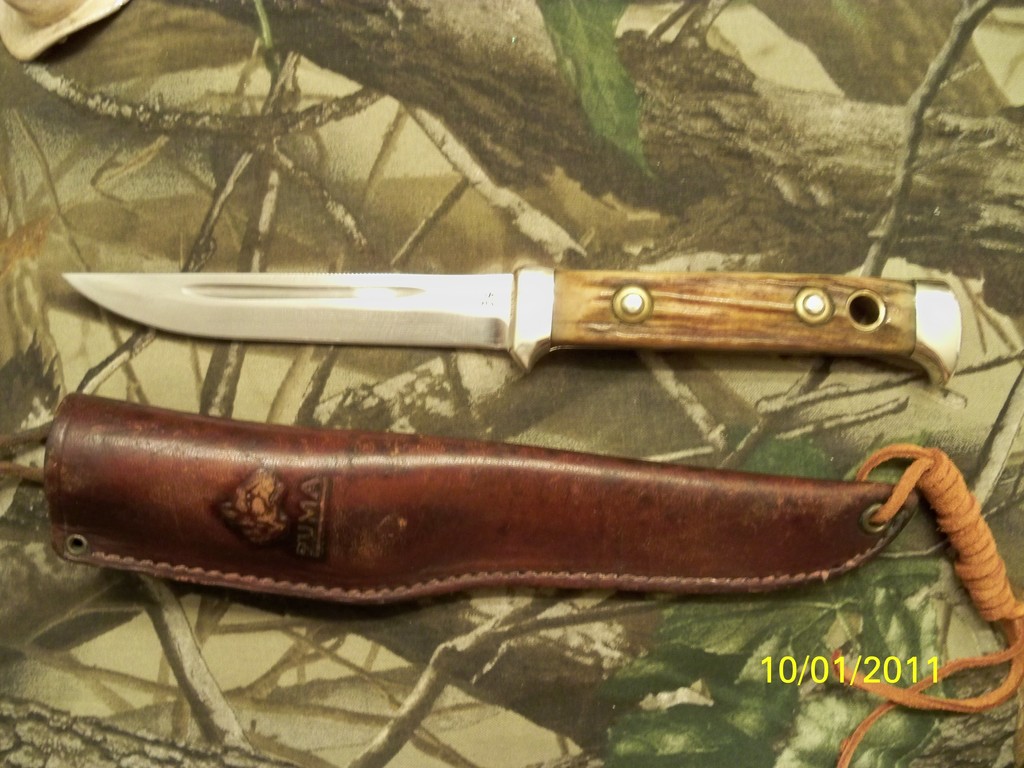 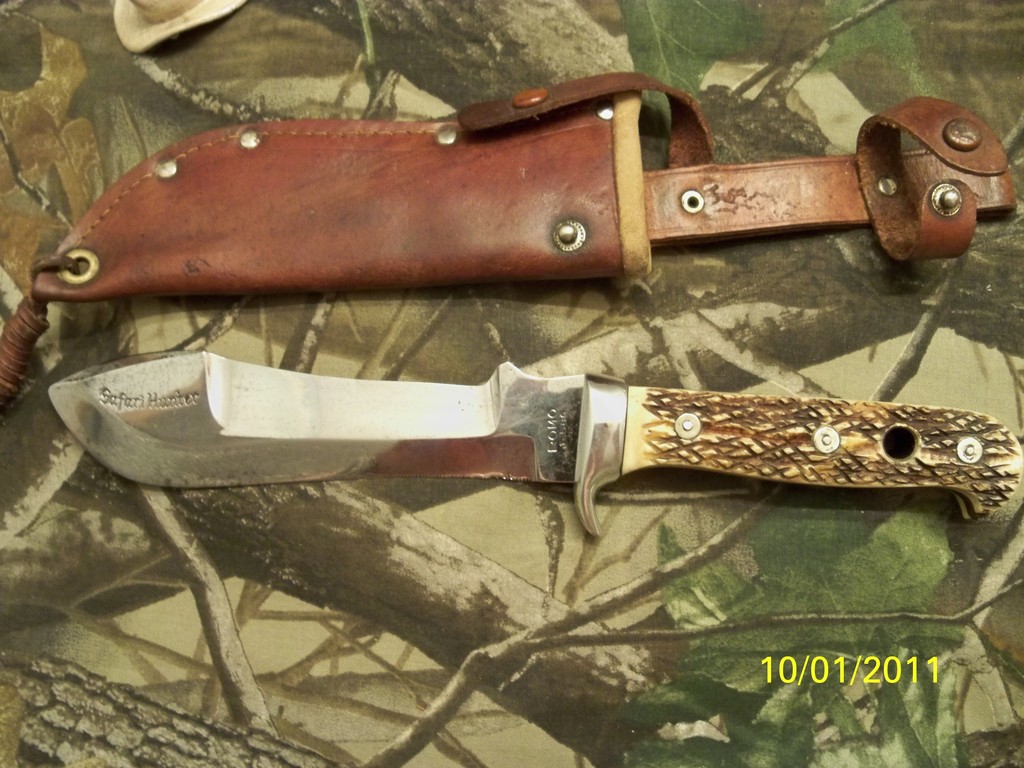 wow what a great collection carl.you have some really nice knives.....

Thanks Stephen, The craftsmenship of the Puma knife never ceases to amaze me,they are little pieces of art and they are so functional . 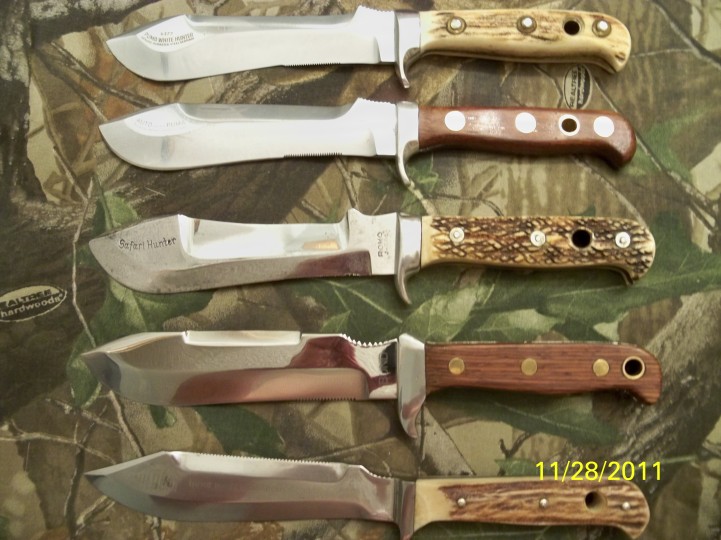 No.1 Puma White Hunter 1967,No.2 Auto messer Puma,1970,No.3Safari Hunter by Romo,Japan  circa 1970. No4. BUND,  1970's ,handmade by Hirschkrone,Solingen,Germany.No.5 Wildcat,Handmade in Solingen,Germany. These are all offshoots of the White Hunter all are very nice quality knives. Auto messer Puma has a plastic sheath that mounts in a car,to be used in emergencies,same as White Hunter,different name, all have wood  scales.The BUND replaced the Puma Bund and auto knife which had been issued to emergency service providers and German Pilots,in Germany up until the late 70"s. The BUND by Hirschkrone  is now the official German Air Force Pilots Emergency or survival Knife. 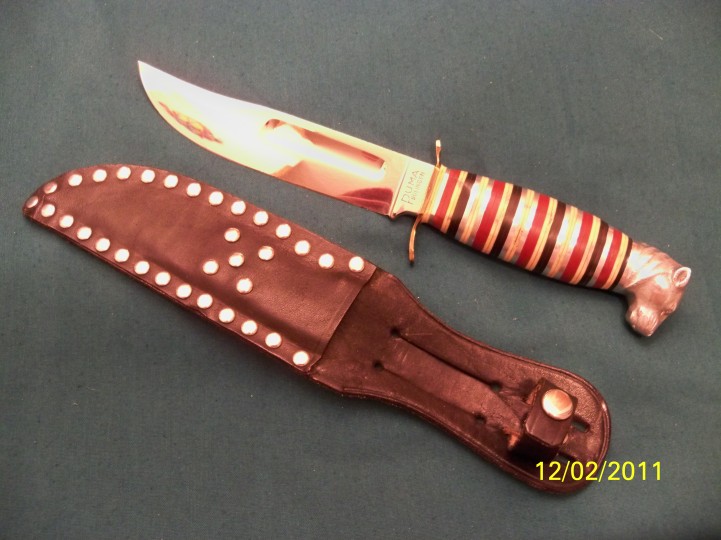 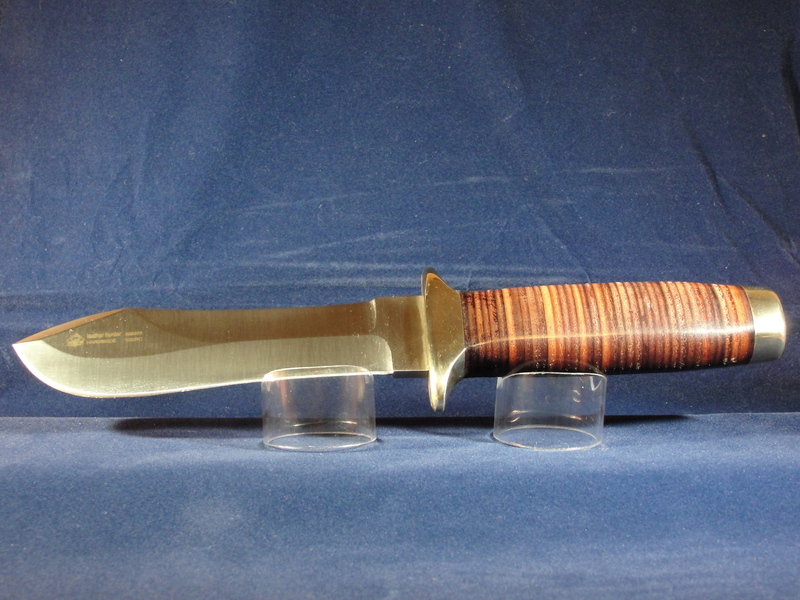 I too thought I had posted some Puma pics here. When I have problems with computor it is not always my fault, but that is the way to bet. Look fast before I lose em again.  The last pic may be informative for anyone considering  these type knives,  who may not be familiar with Puma.  I like all knife types or I wouldn't be waiting 58 months for a rat tail type, but I like a knife with a full tang, just gives you a feeling of being ready.  Even if there is no actual advantage, for like Yogi said about baseball " 90 percent of it is half mental. 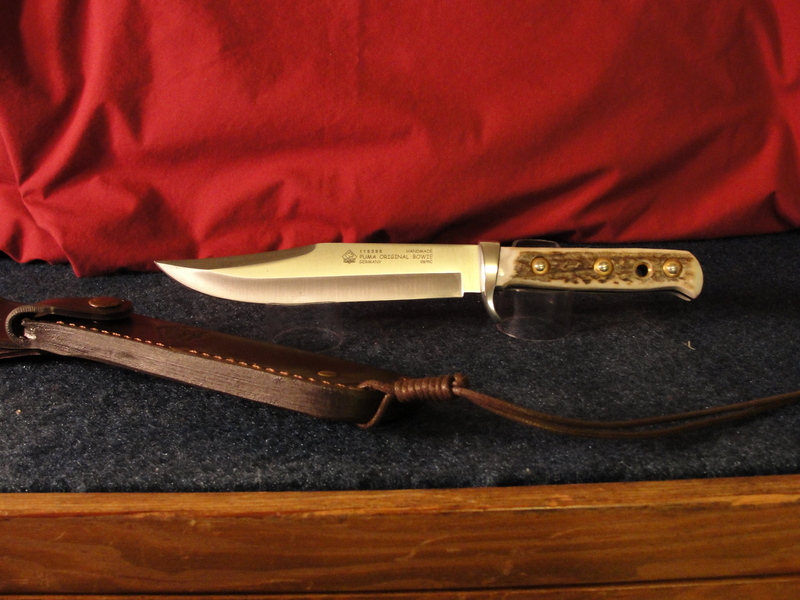 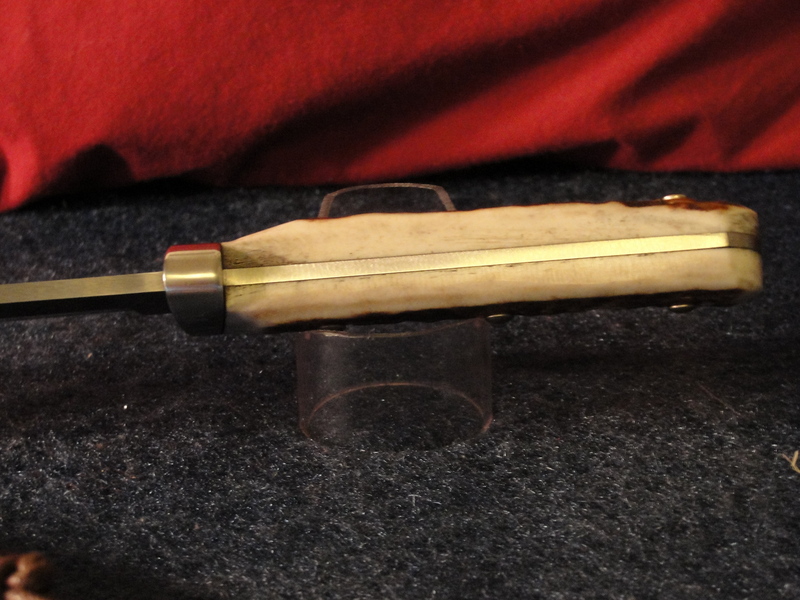 This is the first photo I ever shot of my Puma family. It has grown substantially since then to include left and right handed bowies and white hunters, some of them pre '64. I have also developed a 4 star fetish, in particular white micarta that has aged to a pleasant yellowish hue and some very gnarly early stags. I really must slow down collecting long enough to update my photo archive, Cheers.... That is a nice well-rounded collection you have. I too like the fixed blade Pumas and have about 7 and then 1 Plainsman folder. I need to get back on track. I keep getting side-tracked with other ones I like too, so my collection overall, is all over the place , however I hold my Pumas in high esteem. I will try to post some pictures soon. 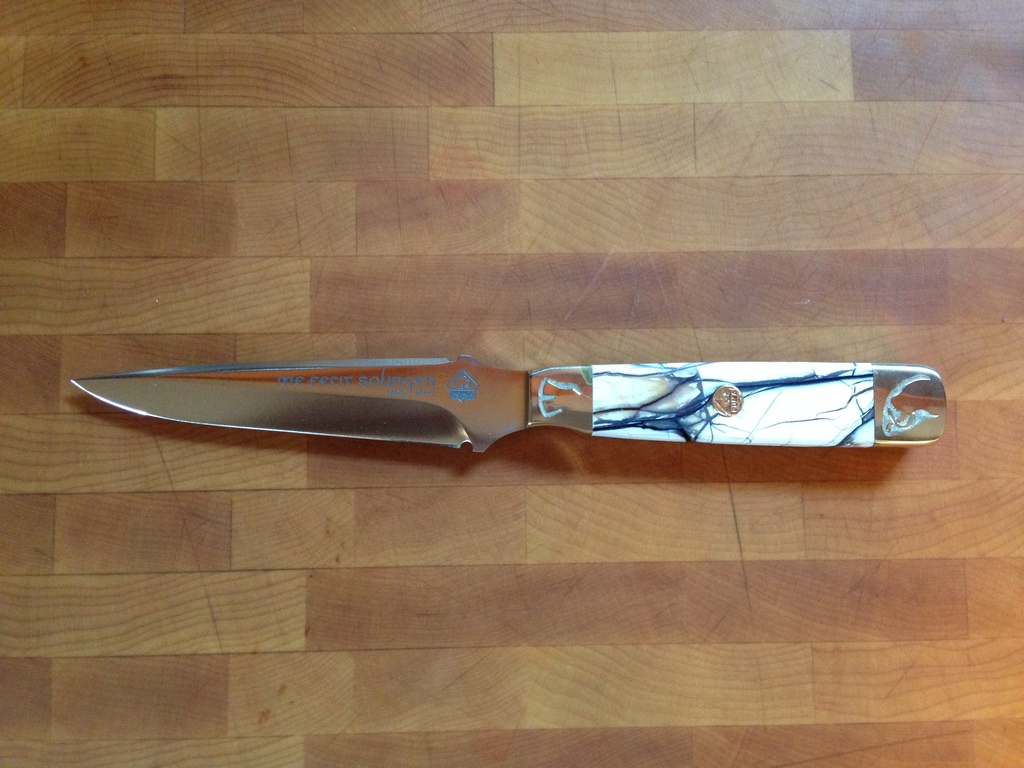 Wow! That is stunning !

What is the most collectible Puma Knife?

i have always heard alot about puma knives and would like to know more about them.so if there is any puma collectors out there please tell us what you think about these knives. and please post some pictures of them....thank you....

This is a difficult one. I would say the white hunter must take the lead here as they were used in Vietnam and also by our special forces in south Africa. Although I would by any Puma I can get my hands on. I know there are guys in Europe that only collect the white hunter, as there is a date on every knife. The first one was made in 1956 and if you have two white hunters from different years they are not considered as doubles but rather a "set". You can just image what a set from 1956 to 2011 must be worth. This is actually a very nice discussion you started and I am sure there loads of different opinions out there , this is just mine.

That white hunter sounds like quite a find and I didn't know the story behind that one. Since you started the group I looked on eBay just to get an idea. Now I don't recall any Vietnam era Puma's but I saw two different country of origin. Many were manufactured in Solingen, Germany and the less expensive ones were made in China. But quite a variety and several stockman folders, a favorite style of mine.
The German made seem very solidly made.

A little bit of trivia, the famous Buck 110 lockback folder is a copy of the Puma (various models) which were all a copy of the Boker (Classic).

Puma, like most cutlers, have different grades of knives available...their top line is all Solingen, German made--every piece of it (excluding the wooden scales)...For the most part their next level is the IP which are for the most part German made but parts may come from other countries and their TEC line will mostly be foreign made and assembled or all foreign made parts assembled in Germany.

I only have a small collection of Pumas:
At present I have the original (c1967) White Hunter 6¼”--which is totally different from the ones they make today. **three different folder groups, A Seamaster (Red) without the guard from when they first came out, a Waldlaeufer 3½”, a Jagdnicker 240 4”, a Frischling 4”, a Skinmaster 3.125” and a Buddy 2¼”,

I’ve got my eye on a Wapiti Stag 3¾” and one from the bunch consisting of the Bock 4¼” or Reh 3 6/7” or Kitz 3½” or Muffel 4 5/6”…I have to handle them and see which fits the best and they’re all about the same size and price…I’m partial to that style of blade/handle configuration.

I had the chance to handle a Tec 3¾” Model 7300110 and the blade is massive, wide and in Damascus steel and for only about $160…There’s also a couple of fixed blades I/m looking at.

Not that extensive of a collection and most purchased in the 1980 to 2000 but it gives a good representation of the product line.

As to collectables--since Puma changes a lot of their blades and handle styles yearly just about anything can become a valuable collectors item but for the most part I've seen collectors concentrate on the double bolster style of lockback--since it has the most variety and of course the White Hunters.

Two excellent sites on and for collectible Puma Knives:

ok you guy's try this one out for me.I've got a puma bannet with the puma head on it with the word solingen can anyone tell me anything about it? On the reverse side should be the  year of manuf. should be 1936,37, 38, 39 around these, valuable if it has the little emblem, not as much if removed. Looks in nice shape.

I had a friend pull out a perfect  White Hunter and he really didn't know what he had. We will never know if I would have had the right stuff to skin a friend out of it, but he could tell from the look on  my face and without my  saying a  word, he said"  this is something special isn't it" and I lost it.   Laughing at inappopriate times is  a repeating theme in my sorry life.

I just added an album with a couple pictures of a 965 Puma Deer Hunter. It was in some stuff that belonged to my father so I don't know the story behind the heavily modified blade. I can only guess that the blade had been broken and someone attempted to make it usable once again by reshaping and then sharpening the broken blade. Is this knife repairable and if so is it worth have it done? 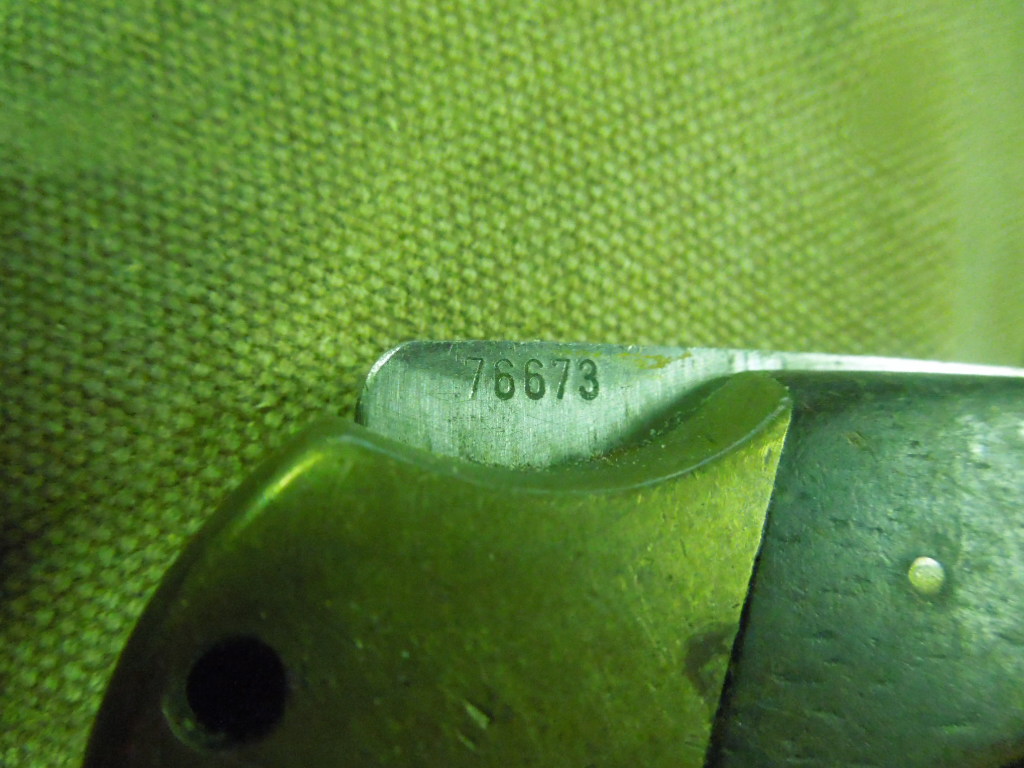 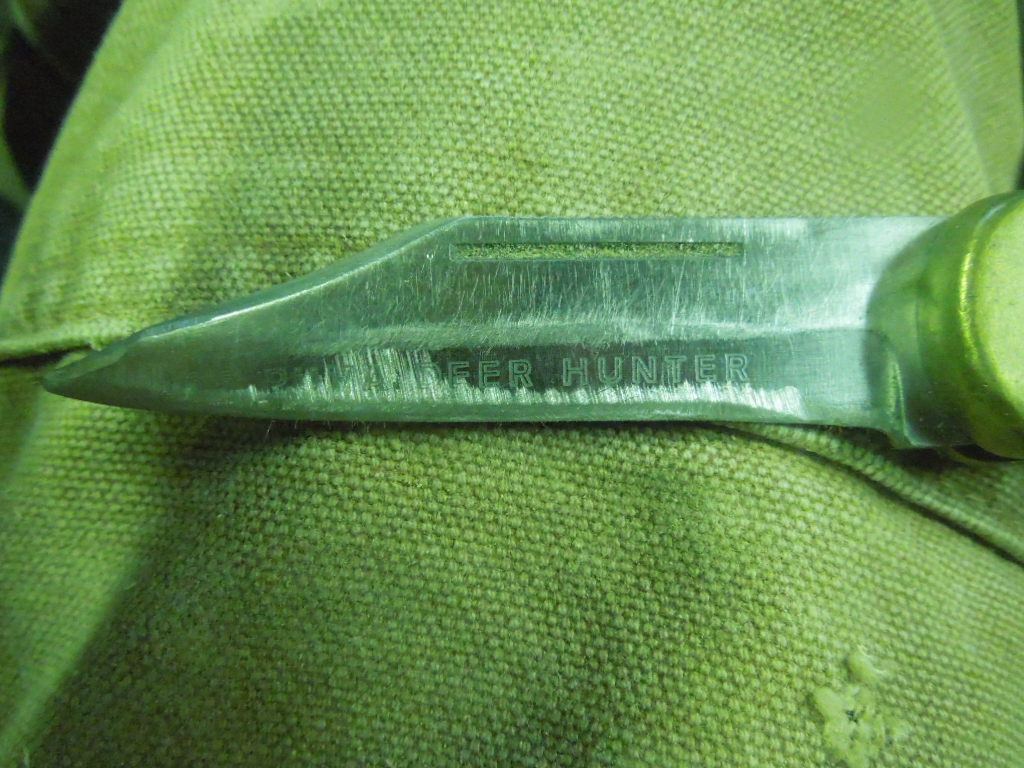 Brian Malott is now a member of iKnife Collector
Monday
Welcome Them!