A knife goes around the world

A few Weeks ago iKnifeCollectors own Josh Wills won a knife. Too cool HuH? We all love a give away and being the winner is awesome. Josh had a generous and wonderful idea that we are going to follow and feature right here. As a matter of fact we would like your help.

Josh suggested turning this knife into a 'traveler'. He had the idea of passing the knife around to people that were interested in using it for a week or so and then sending it on to someone else that wanted to try it out. Along the way, you'd add your name and what part of the world you live in to a slip of paper that stays with the knife so there would be a bit of a diary / travelogue accompanying it.

Here's some basic rules to participate:

1) If you agree to take the knife as an 'adoptee', you agree to post a short note on the forum about where the knife is, how it's used and performed. We'd also REALLY like to see a photo(s).

2) You will also be responsible for paying the postage to send the knife to the next participant.
3) Understand, you'll have to share your contact info with the person shipping the knife to you so if that's a problem, don't sign up.

4) Forward the knife after about a week. We don't want it to end up sitting on someone's desk for a month. 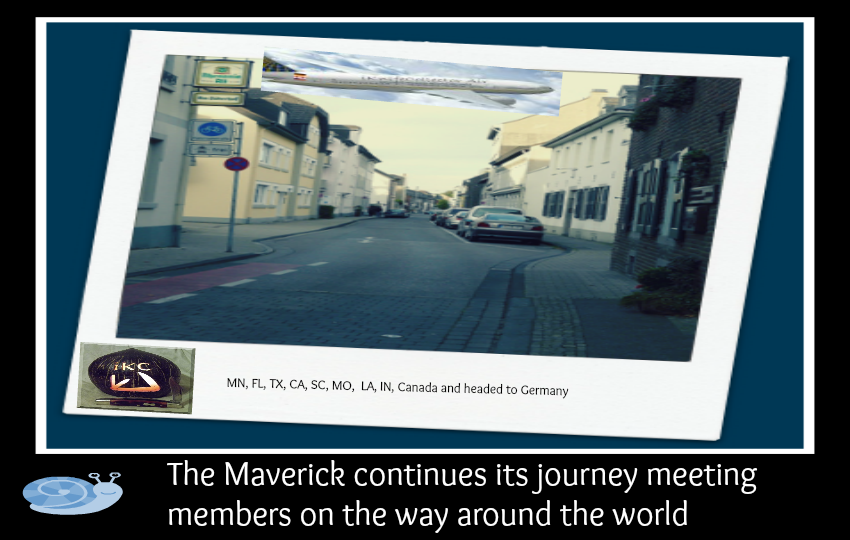 WOOHOO!  It made it.  Looks like it has gained a bit of Patina through its travels.  I cant wait to here Stefans views
Stefan Schmalhaus said:

Chuck, it is in Germany now and then it has 1 more international stop :)

HA HA funny Ron! Great to see the little guy and thanks for the video Stefan. It has had an awesome journey so far and I can't wait to see what's in store for it next. Thanks again to everyone!

This knife has made a lot of friends!

Whats his next stop, Miss Jan?

I believe he has another international stop outside of Europe

I am so excited about seeing Stefan doing the next video on this one!

I'm sorry, I'm a bit behind my schedule. But stay tuned. I hope to finish the video very soon.

You are doing great.  I know oyu have a lot going on and your reviews are always worth waiting for :)

Jan Carter left a comment for Brian Wilhoite
9 hours ago

Jan Carter left a comment for Alf Boyley
14 hours ago

Jan Carter left a comment for Larry Low
14 hours ago

Jan Carter left a comment for Steve
14 hours ago