Anybody ever see anything close to this.its suppose to be Australia Army presentation piece. Talked to a guy who collects and sells Militaria in Australia and he has never seen it.

congratulations John!  That is one heck of a knife!

Here are the images- 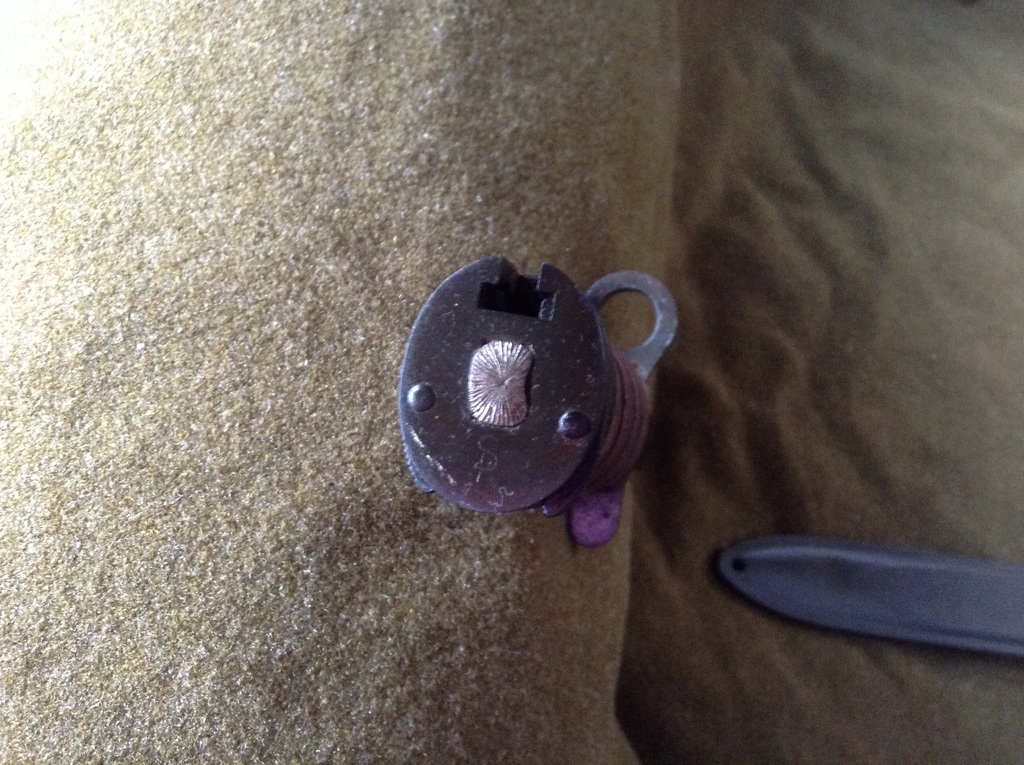 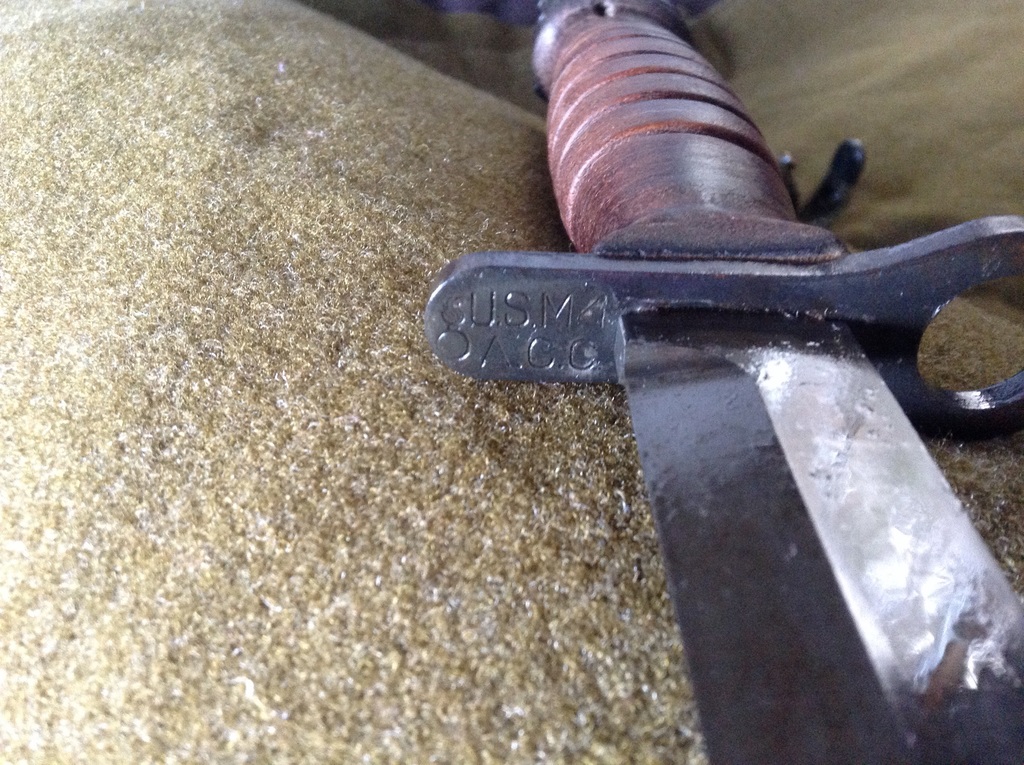 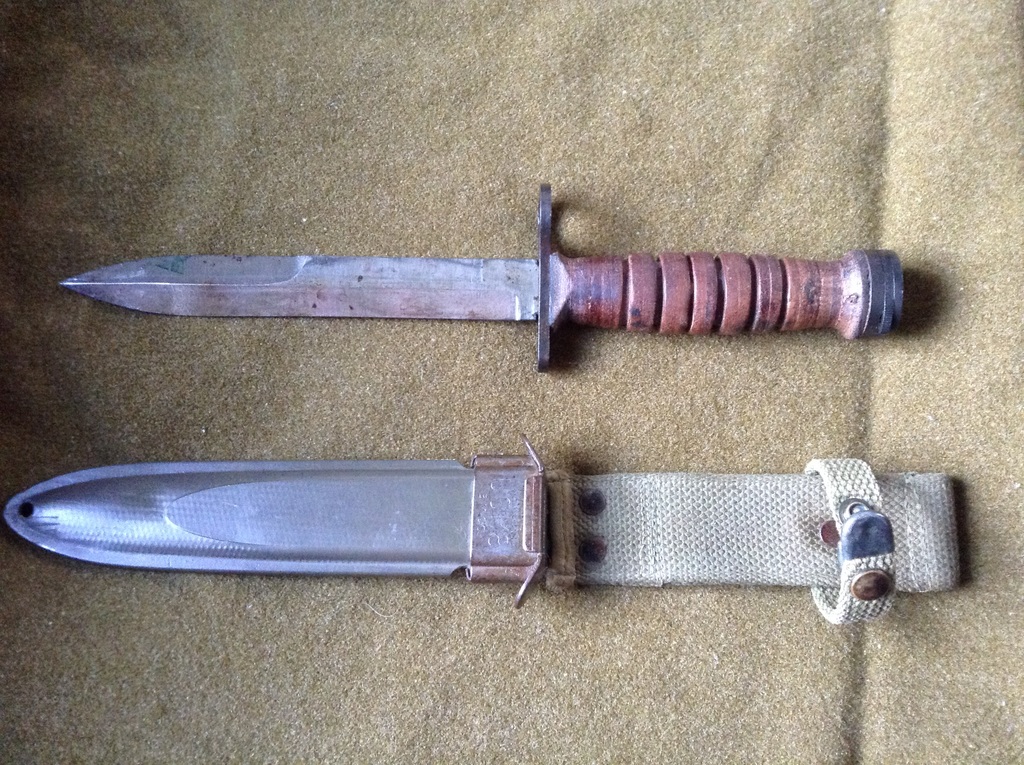 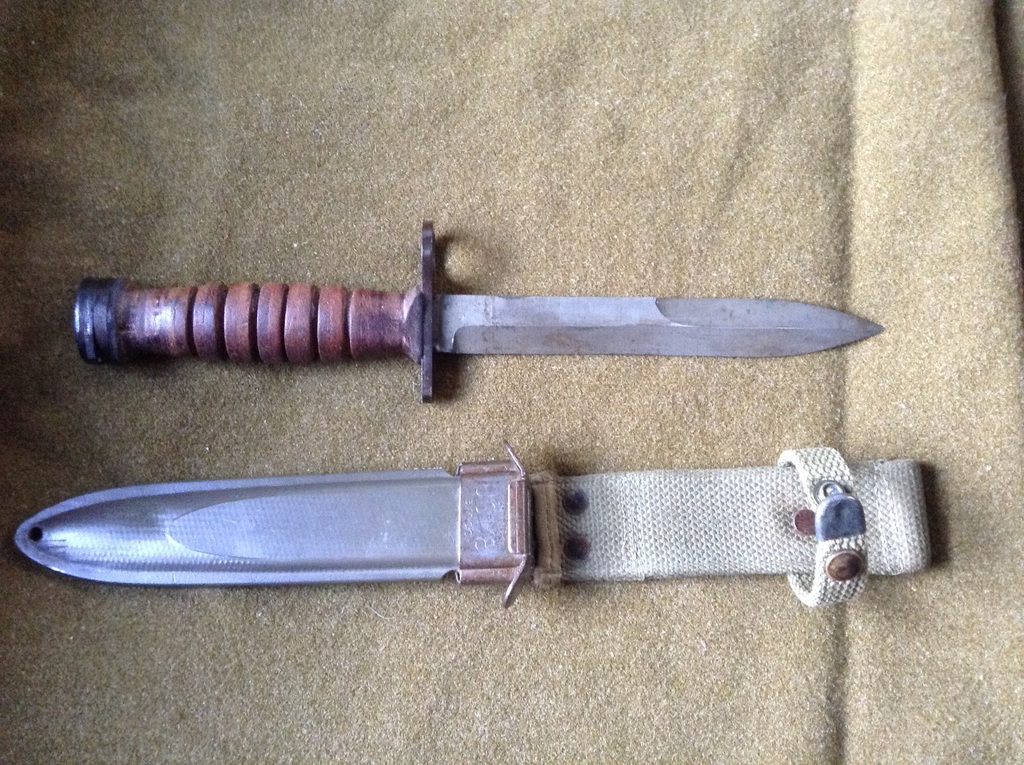 Glitch in photos--Sorry they are showing upside down--- I know Leo was having this problem a few days ago-- Right side up in original link and on my own computer files--?????oo

Permalink Reply by John w schmidt on February 17, 2015 at 16:31
Steve! How do you get the pics to be viewable? If I load three at a time only one shows up and I have to click the JPEG to see it. Am I dumb?

The following information comes mostly from their website at:

The Aerial Cutlery Company was founded in 1912 by Fred Jaeger, Sr., who had been working as a knife salesman based in Duluth, Minnesota. He bought a knife company located in Morris, Illinois and had the operation relocated to Duluth. The Aerial name was chosen to honor a Duluth landmark, the Aerial Bridge. It was a symbol for the "high ideals, lofty aspirations, and quality products" that he envisioned for his company.

In 1913 the company was moved to Marinette, Wisconsin. Aerial began as a knife and cutlery company with a large line of knives with pictures such as nature and wildlife scenes carved into their handles. The company was a major supplier to Sears Roebuck, and also made custom designed knives. In the 1920's, Aerial was actively involved in selling barber supplies including straight razors, shears, sharpening strops and hones. During the depression days of the 1930's, Aerial began distributing a variety of other goods to keep the company alive during some very lean years, selling radios, fishing equipment, jewelry and silverware as well as their cutlery line.

During World War II, Aerial did its part to support the war efforts by manufacturing pocketknives, bayonets and military trench knives. Thousands were produced by Aerial for the Armed Forces and Aerial was honored with the prestigious Army-Navy E Award for outstanding effort and contribution.

Fred (Fritz) Jaeger, Jr. officially joined the family company in 1952. With a Bachelor's Degree in mechanical engineering, one of his first major tasks was designing bayonets for NATO. In 1960, eight years after Fritz Jaeger, Jr. joined the family company, the decision was made to go exclusively into distribution of beauty and barber supplies, and remains in that business today.

There are two different markings used by Aerial. The one shown in this photo is the first style, and for some time was the subject of some speculation. During World War One, bolo knives made by the American Cutlery Company of Chicago were marked ACC. In some sources the M3 knives and M4 bayonets so marked were identified as being made by American Cutlery, and it was not until fairly recent years that it was determined that this was in fact an alternate marking used by Aerial Cutlery. This one has the first type plate, and the grip is made using washers of different diameters.

This one is unusual to me in that the Aerial markings are very crude looking (note the normal style of marking in the upper left inset that I borrowed from an auction listing). I have seen one or two others with similar markings but don't know the reason for the difference. It is a later production specimen with the 2nd type plate and V grooved grip.

Production contracts for Aerial were:

Permalink Reply by John w schmidt on February 17, 2015 at 16:45
They have the lowest production numbers of all seven companies making the M-4 Bayonet.THIS WAS A FIND! I can't even find one on EBay.

John, a little trick I learned here on IKC- If you are using the upload an image option tab ( as opposed to from an URL) on IKC  - Type a line of text first, even if it is like I posted earlier  " here are my photos"-After the last word of text, move your cursor to the end point there and hit enter- You should see a blank space underneath- Enter each photo in the reverse order you would like them to appear- EACH TIME going back to the last line of text and pressing enter---I know it is weird, but it works

I feel the need to visit the Amish all of a sudden.
Guess it didn't work for me John.

Jan Carter left a comment for Elaine Montague
20 hours ago

Jan Carter left a comment for alexjhon
20 hours ago

Steve Scheuerman (Manx) left a comment for alexjhon
23 hours ago