Buck's 300 series has touched the hearts of many, it's tainted the memories of many a work day, and even a few fine days a field. There's something about those rugged slipjoints that gets to me, I don't know what exactly it is, but I love 'em. If you have a favorite 300, I would love to see it, or I'd like to just hear about it.

Kent, I'd love to see some pics of your trusted stockman, but thank you for sharing.

Now, I should have an inherited love for the 303, my Dad carried one and loved it, up until he lost it falling over a guard rail, he carried it in his back pocket, so it was gone. Plus, two of my uncles carry a Buck 303, they have the ready for every trout season at camp. I tried to get a 303 and stick with it, but I got a 301 first, and then I fell in love. I ended up getting a couple 303s from a great guy on another forum. I love them to, they have that same rugged, go anywhere, do anything feel. I'm patiently waiting for squirrel season to roll around, then the 303s are gonna get put to the test.

I have two favorites, neither of which is in production currently. Buck 317 Trailblazer and Buck 307 Wrangler

This is the 317 Trailblazer I have carried a 301 Stockman since I was 12 or 13 years old. Even every day to Jr. High and High School. (simi-secretly). It has been a companion of sorts. I was carrying a model from 2004 I believe, the last year they were produced in the El Cajon, CA factory, but after almost losing it, I decided to retire it and buy a new one. The Rosewood Dymondwood version.

My two favorites were actually manufactured by (the now defunct) Camillus 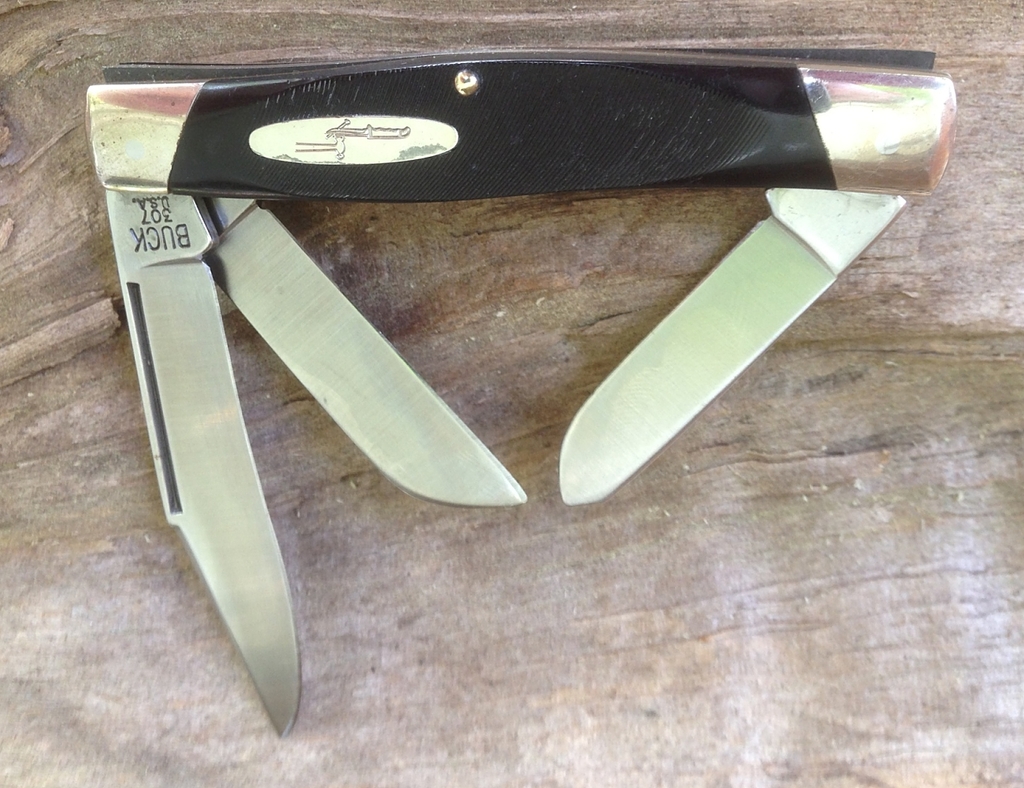 (dang didn't realize I had already posted this)

This thread could use a boost, and I have some 300 series to show, so here goes.

I'm working on obtaining all of the Camillus-made 300 series knives, including all the different versions, (there are three or four versions of each model believe it or not), but this is what I have so far. All but two of these were made by Camillus, except the two on the ends, (305 & 309 both Buck-made, still seeking Camillus-made versions of those). I've had the 313 Muskrat the longest, having purchased it new in the mid 70's. The others I picked up here and there, mostly on ebay, but a few came from swaps/yard sales. The 313 has been my favorite fishing knife since I bought it, so I have used it the most. Currently I rotate all of these as EDC knives, but I would have to say that the 311 & 307 are my faves of the group, (but I do like the 301 & 313 a lot too). All of the Camillus-made in this photo have carbon springs, so those are most likely pre 1980 knives, some as early as 1972. I'm always looking for my next 300 series, and I have a Camillus-made 319 Rancher coming soon, I'll post a pic of that one when it arrives.

I'll also post a pic that I use for inspiration while I'm looking for these, an old catalog page of the 300 series. After I finish collecting the Camillus versions, I'll start looking for the Schrade-made versions. So, the search continues..... 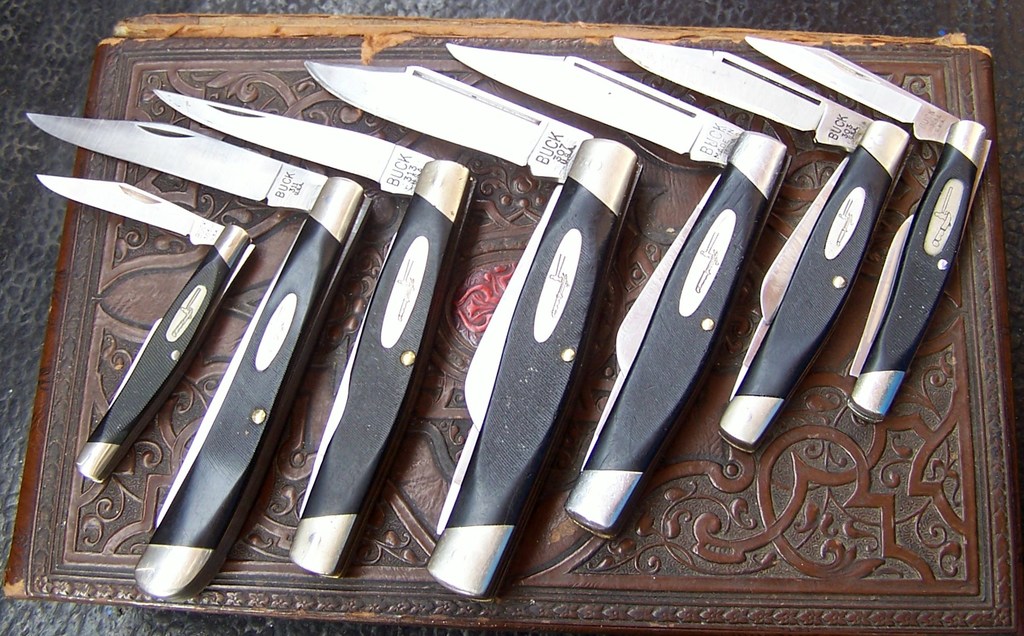 Excellent Post!  I did not realize there were so many variations of each one

Yes, according to 300bucks over on AAPK there are numerous versions of each frame. He said that if I wanted ALL of the Camillus-made 300 series that would entail something in the neighborhood of 35 different knives. Even among the Camillus knives there are different versions, some had handle pins, others didn't, and there were some differences in blade shape, number of spacers, type of handle pins, (brass and/or steel), types of springs, (SS and/or carbon), etc, etc, and that is just from Camillus. Schrade and Boker also made some of this series too according to him. He has posted photos of the differences in blade shapes, etc, of the various versions in various places on AAPK. I'll be happy if I simply find a single example of each of the Camillus-made knives, I can collect the Schrade versions in another lifetime.

Excellent Post!  I did not realize there were so many variations of each one