Keen Kutter was the top of the line for the E.C. Simmons hardware company. In all likelihood, this knife was actually made by Walden Knife Company. Keen Kutter was first used in 1870. (Knife from the author’s collection)
Edward Campbell Simmons (1839-1920) was a hardware tycoon who built Simmons hardware into a legendary success story of American business. His efforts made Keen Kutter a household name—and to this day, a major collectible category.
It was common in the late 19th and early 20th centuries for every hardware company to market its own brand of knives; and considering the prominence these hardware distributors placed on the word, “cutlery,” in their list of products, knives were a major part of their business success. Knives were small to handle—and profitable.

E.C. Simmons concentrated heavily on cutlery for his business, and his innovations included pioneering traveling hardware salesmen and the illustrated hardware catalog, some of which ranged up to 5,000 pages.
Simmons’ obituary stated that he had a “mania for knives—and that no acquaintance owned a knife that he [Simmons] had not examined minutely.”
Simmons began buying knives from Walden Knife Company in 1879, and he was so impressed with the Walden, New York-based company that he purchased it and soon built it into the largest knife company in the United States.
Simmons’ motto was, “The recollection of quality remains long after the price is forgotten.”
He lived by that philosophy. Simmons died in 1920, but his legacy lived on.
At the end of World War I, shortly after his death, his sons sold the concern to Winchester, which had decided to convert its empty factory space into cutlery production. As a result, Winchester added the Walden Knife Company, among others. Winchester-Simmons would eventually open a nationwide chain of hardware stores that would capture more than 25 percent of the hardware business in the United States.
Simmons Hardware went bankrupt in 1939, but Shapleigh hardware (Diamond Edge) picked up the trademarks and continued producing Keen Kutter knives into the 1960s.

Who was E.C. Simmons? He was a man with a mania for knives. He was one of us. 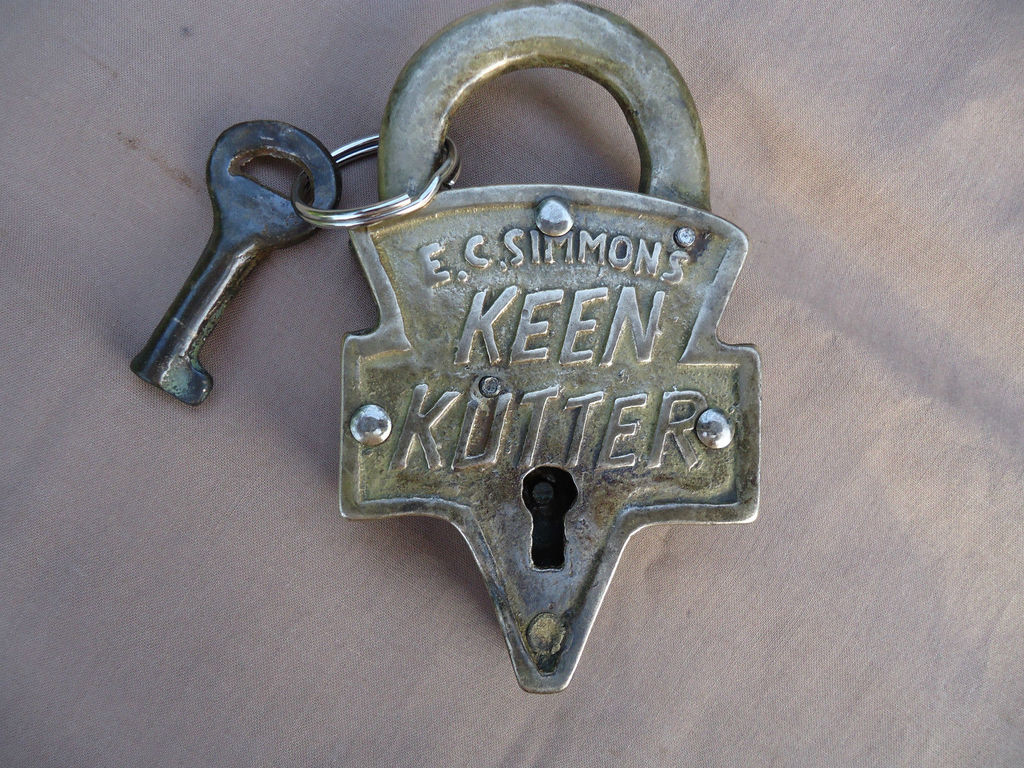 I purchased an E. C. Simmons hardware, Philadelphia billhead and found something very interesting stamped on it. I have heard about this but never saw it before. Stamped in red ink on the bottom of the letter was the following:

We, the undersigned do hereby gauranttee that the articles or commodities listed herein were purchased by us under a gauranty by the manufacturer that they were manufacutured in an extablishment in which within 30 days pior to the the removal of such product therefrom, no children under the age of 14 years were employed or permitted to work, nor children between the age of 14 years and 18 years were employed or permitted to work more than eight hours in any day or more than six days in any week, or after the hour of 7 o'clock p.m. or beofre the hour of 6 o'clock a.m.

It was ment to prevent comerce in the products of child labor. It was a way for the wholesaler to thwart an attempt to be sued for child labor. sounds like NIKE only in the early 1900's


I find these things very interesting in the development of the cutlery industry as a whole. The language was not unique to E.C. Simmons. It was drafted as a boiler plate for any such business and was used by MANY for the same reasons.

Pocketknives...second edition by John E. Goins 1982
Shapleigh Hardware Company c1843-1960 This company had it's start in 1843 when A. F. Shapleigh, then a junior partner of Rogers Bros. & Co. of philadelphia, brought to St. Louis a stock of goods to open a branch of that company. This branch was named the Rogers, Shapleigh & Company. In 1847 the company became Shapleigh, Day & Co. This name was used until 1863 when the firm became A. F. Shapleigh & Co. The next year, 1864, Diamond Edge was adopted as the trademark for their tools and cutlery. The exact marking on these early knives is unknown at this time. In 1880 the name was the A. F. Shapleigh and Cantwell Hardware Company. This firm continued until 1888, when it became the A. F. Shapleigh Company. The next change in the company name occurred in about 1902. At this time, the company became the Norvell-Shapleigh Hardware Company. Saunders Norvell started with the E. C. Simmons Hardware in the late 1800's as a clerk. He was still a clerk in 1898, but by 1900 was a vice president of the Simmons firm. By 1902 he had changed to Shapleigh, and was president by 1907 of the Norvell-Shapleigh Hardware Company. The name once again reverted to A. F. Shapleigh Hardware Co. in about 1920. On July 1, 1940 Shapleigh purchased the E. C. Simmons Hardware. From this time until 1960, they used the old Simmons trademarks on their products, as a second line to the Diamond Edge trademark. They continued to do business until 1960 when the firm was sold. The knives produced for this firm were marked on all blades until the middle 1940's. After this, they were marked on the master blade only. Some of the markings sold by Shapleigh were: Berkshire, Bridge Cutlery Co., Enders Oak Leaf, Diamond Edge(1864-1960) Keen Kutter(1940-1960), Empire Knife Co., NorShap (c1902-1920), Norvell-Shapleigh(c1902-1920), S Norvell(c1902-1920), Norvell's Best(c1902-1920), G. W. Putman & Co. Germany, Enterprise Cutlery Co., Simmons Hardware Co.(c1940-1960), Simmons Sonny(c1940-1960), and J. Koester's Sons Germany."

This suggests to me that Simmons was used until 1960

The standard Knife Collectors guide 4th edition page 282 says The EC Simmons Hardware company was organized in 1869 in St. Luis Mo. It adopted Keen Kutter as the trademark for a line of superior cutlery.

In 1940 the EC Simmons Company was taken over by Shapleigh Hardware Company, which continued the Keen Kutter brand until 1960 but did not continue the Simmons name.

Jon Johnson is now a member of iKnife Collector
8 hours ago
Welcome Them!