Arrangement: Germany, the city of Solingen, area Vald, since 1935 was on Itterbergerstrasse, in 1939-86 on Wittkullerstrasse, 51 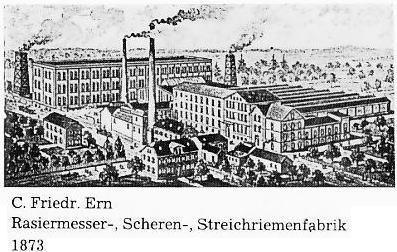 Wartime code (the code of a wartime): hfu, it is appointed in 1941 factory With Friedr. Ern Metallwarenfabrik, Solingen-Wald, Schliessfach 71 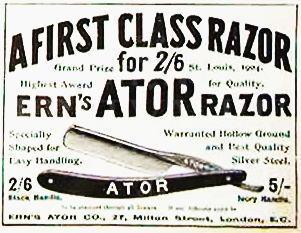 Firm C Friedrich ERN, Wald Solingen is one of the best, the oldest in Solingen and the most known manufacturers of open razors.

The company has arisen from small grinding service near to Haan, in Ernenkotten where Carl Wilhelm Ern has employed to itself the master-polisher on surname Voos.

Officially grinding service worked since 1848, and larger buildings in which Carl Wilhelm worked with four sons have been constructed. One of them, Nathanael Ern (1822-1878), was successful grinder, but with 1860 it made production only for greater enterprises, including for Henckels Zwillingswerk. In Ernenkotten at Nathanael Ern its senior son Carl Friedrich Ern (1850-1924) who subsequently and has glorified firm C Friedrich ERN.

Carl Friedrich Ern in 1865 has begun training at the father. Already at early age it has started to do tableware, including for Johann Abraham Henckels. Possessing talent in the business, in 1873 it has adjusted own manufacture of open razors. For maintenance of high quality of production in Kotten it establishes own smithy and heat treat service. 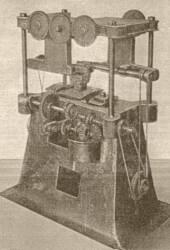 Business went most advantageously, and per 1876 the enterprise has moved in Wald, Solingen.

In an interval between 1880 and 1910 company exported many thousand razors to the USA, using a brand ' Crown and Sword Razor Works'.

Within 1914-18 very good fighting knifes with marks ERN above inscription Wald, Rheinl have been made many. Knifes were marked the same as razors. 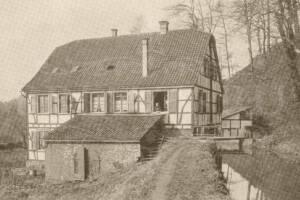 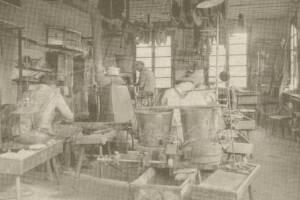 During board of the Third Reich the firm was not engaged in manufacturing of knifes, but on HJ a knife there was mark ERN, Solingen and a crown with ятаганом. Pocket knifes also were branded by trade mark ERN. To 1940 firm represented only two trading marks: « a crown and short asian sword» and « an eagle with the snake ».

In 1939 owners have been recorded With Friedrich Ern younger and Richard, Отто and Fritz Ern.

1 Pliesten - the word «pliesten» is, possibly, transformation become obsolete «pließen», an early writing «plyßen». In old documents it is spoken, that from «plyßmoelen» it was formed «pleißmühlen» and «plyßampt». Those who was engaged «Plyßen» referred to «Plyßer», but there are also "polyßer." Merlot, "Sasworter" in Cologne, historical analogies "Association Niederrhein", 48 Notebook, Cologne 1889, p. 177: ' A strange similarity to the French word "polisseur", "polisher", that it comes from the word, or at least dependent '. Similar to the word "Polish". Later, then "polyßer", "plyßer" was converted into "Pliester", and then a verb "pliesten". If vstravit′ "t" like the word is also found in Dutch: "polijster"-polisher "polijsten" and Polish '. 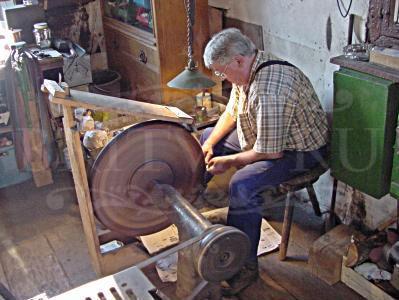 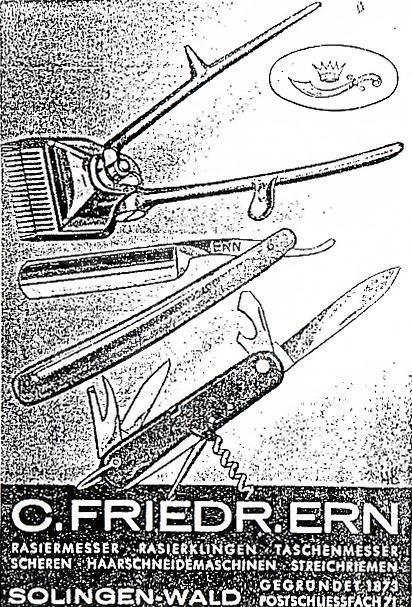 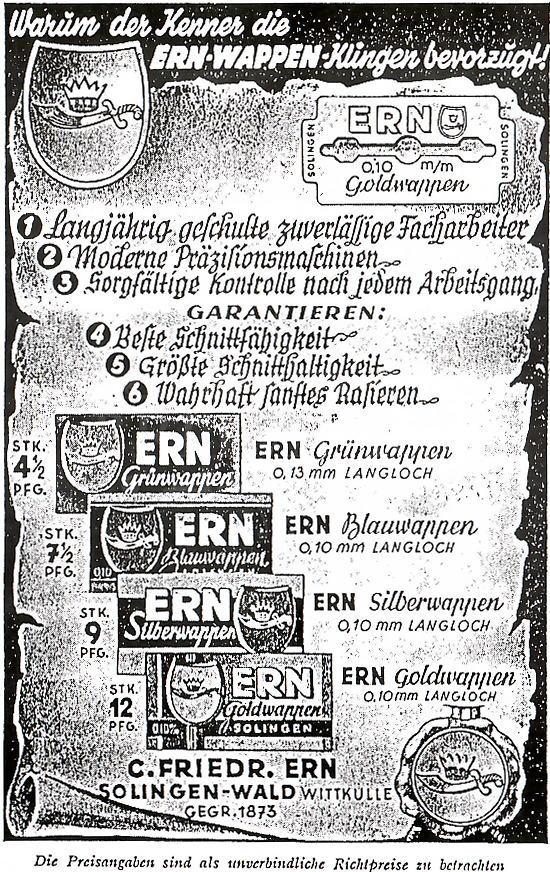 Mike Botts left a comment for Ken Mundhenk
3 hours ago