Fans, collectors, and/or anyone interested in Ernest Emerson's Legendary Hard Use Knives..."To Some They Are Accessories... To Others They Are Necessities." 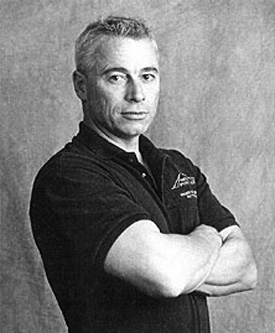 Ernest R. Emerson (born March 7, 1955) is an American custom knifemaker, martial artist, and edged-weapons expert. Originally an engineer and machinist in the aerospace industry, Emerson became a knifemaker known for making decorative knives but later became better known for his combat knives, eventually founding a production company to mass-produce his designs, and popularizing a style of knife known as the Tactical-folder.

Emerson's knives have been displayed as museum pieces, designed for use by Navy SEALs, and used by NASA in outer space. They have also been featured in films and novels, furthering their popularity with collectors.

Emerson is an accomplished martial artist who has developed a combatives system, Emerson Combat Systems, which has been taught to police officers, elite military units, and civilians...http://en.wikipedia.org/wiki/Ernest_Emerson

You are already a member
tony clark said:

How do i join this group