My favourite EDC , used about every day since I bought it

I have heard so many great things about the Enzo's !

Comment by Don Schriver on July 9, 2017 at 3:39
Very nice! Love the diamond sharpening for all knives.

JJ I love that pic of the old gentleman with the beard , I would love to have a beard like that for the joy of shaving it off !!

The first time I tried Queens D2 I was attempting to sharpen it on a coarse waterstone about 600 grit I think . The stone was shrinking before my eyes , made me realise I would need diamond . I have found that the natural stones from Belgium , Coticule and Belgian Blue are hard enough for modern steel but I just find it easier to use diamond now . There is no real reason to use anything else when you can get diamond from China so cheap.

Re: "...would say that they couldn't get D2 sharp , I guess that says a lot about their sharpening abilities !!"

I always got the same impression from peoples statements that they couldn't sharpen D2, i.e. led me to believe they simply could not sharpen ..as.. the procedure is the same ..just.. harder blade steel.

Over the period of the last year or so .. we've all seen you hone your sharpening skills, John. If you can do a straight razor up such that you can shave with it .. you can obviously sharpen a knife.

I learned how to sharpen as a child. My father warned me to NEVER use a motor driven grinding wheel. He also gave me free access to his sharpening stones. The knives I had back then (here's some more of that "old guy" schtuff) .. 52~53 yrs ago now .. were not of the highest quality. i.e. they didn't hold an edge all that long. AND .. they got used pretty hard in the rural farm environment I grew up in. SO0o .. I either learned how to sharpen ..or.. lived with a dull knife.

I learned how to sharpen.

When I got my first knife with D2 blade steel .. it was a Queen & it was of the era when Queen did NOT put a keen edge on their knives. I ended up having to reprofile the cutting edges.

First though .. I just tried sharpening it the same way I'd done for years ..and.. was getting nowhere. I looked at it under a good magnifying glass & observed that I was only abrading away metal on the shoulder of the cutting edge ..hence.. the resultant reprofiling of the cutting edges. And that required the removal of a serious amount of metal .. relative to just an average sharpening of a cutting edge. Using my standard stones .. it was taking FOREVER. At the time .. I luckily had ONE diamond whetstone .. a "Fine grit" EZE-LAP Diamond Hone & Stone. I put a lot of wear on that Hone & Stone that day.

I still love that knife...

I did have some fun in my youth 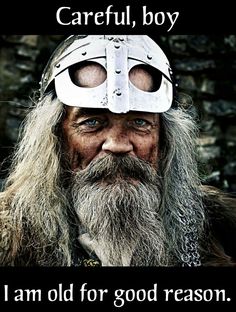 You "old" guys crack me up.

(Yeah Dale, I know the pot and kettle sayin'.)  LoL

Yes .. I too appreciate one handed opening knives.

While autos (switchblades) are legal carry in my state .. they are not legal for concealed carry. i.e. they need a pocket clip on them (which must be visible when being carried) ..or.. need to be carried in a visible belt sheath.

I regularly break the letter of the law every time I leave my property ..as.. I've always an auto as an EDC.

I too am old and most of the people who cause trouble with knives aren't.

Jan Carter left a comment for James
57 minutes ago

Jan Carter left a comment for joe
58 minutes ago

Steve Scheuerman (Manx) left a comment for James
3 hours ago

Steve Scheuerman (Manx) left a comment for joe
3 hours ago