This tiny guy went so fast to his new owner, that I didn't even had time to make some pics.
The steel is 1.2379 (D2), hardened up to about 60 HRc, hammered copper guard, tiger wood and sapele wood handle. The sapele showed some very interesting flader, but it coudn't be photographed very well.
At first I named it "Red" - a name, showing my total lack of imagination. But after I sent it, I had a few conversations with the new owner, who sait it looks like an indian knife to him. And because when he was a kid he wanted to become an indian when he grows up, he named the knife Isharshutcha (not sure if I wrote it correect in English).
At first I thought the man has problems with his keyboard, but he told me this is a hero from the book of Karl May "The talking skin". In the apache language this meant "Young deer". 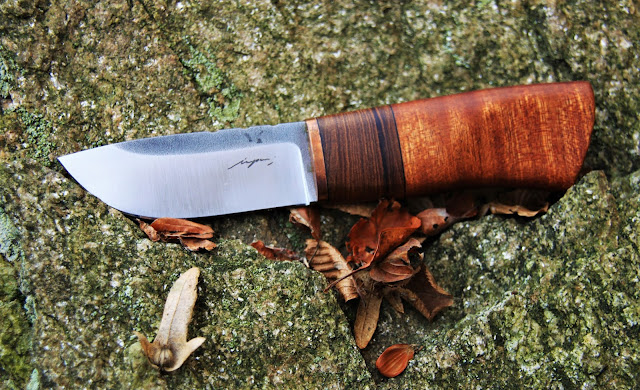 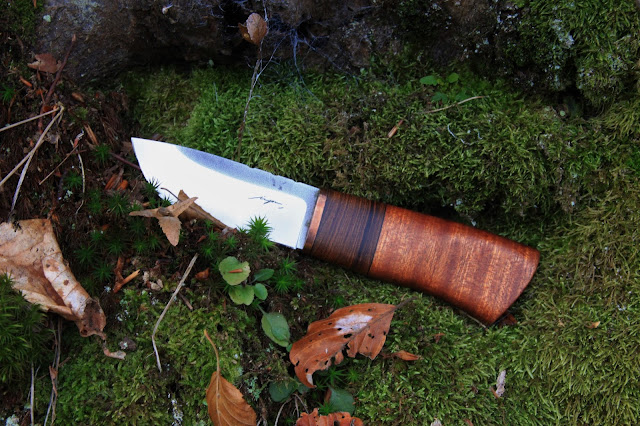 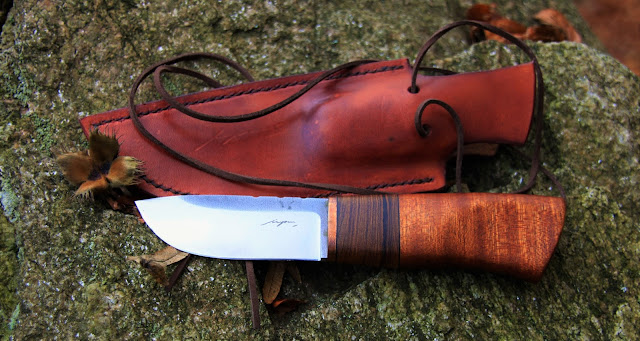 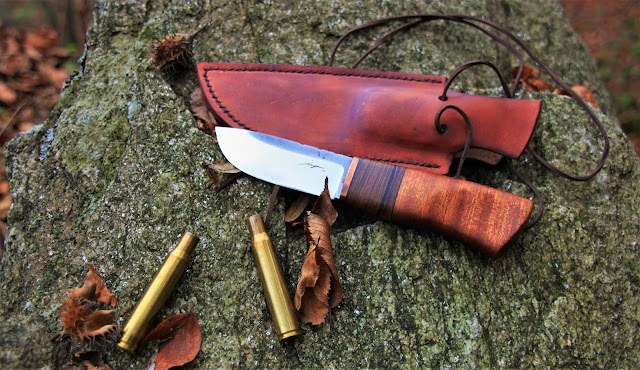 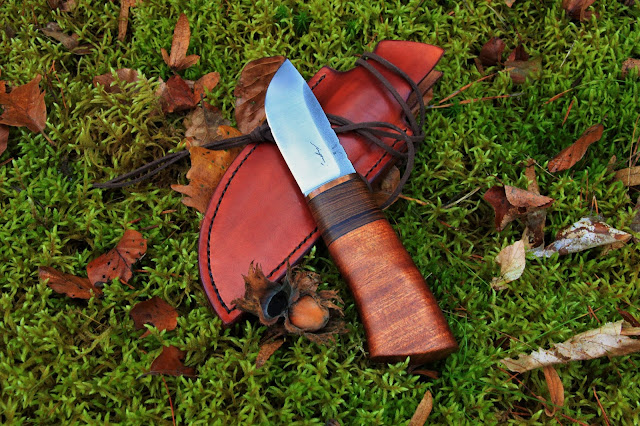 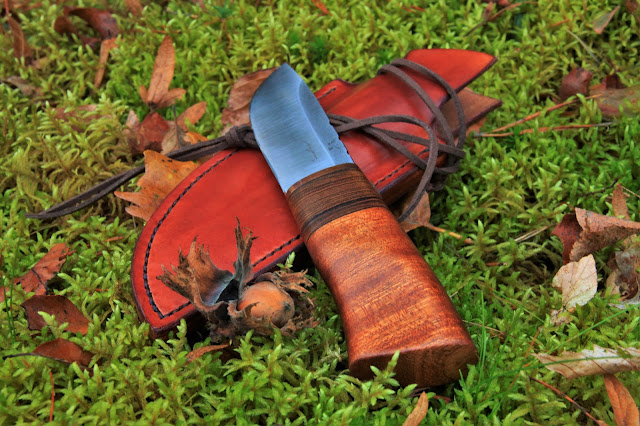 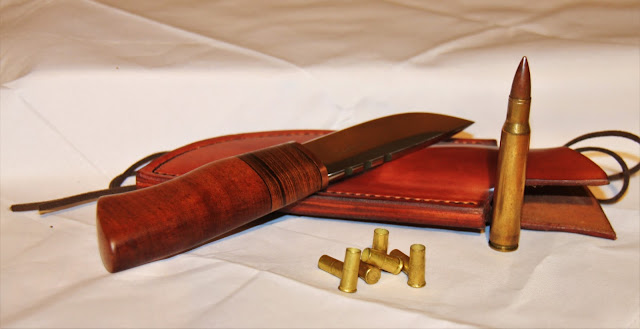