Gov. Andrew Cuomo (D-NY) Doesn't Want Them
Remington, one of the world’s largest gun manufacturers, will join Gov. Robert Bentley (R-AL) to announce they are bringing over 2,000 jobs to Alabama.

Most of the jobs will be relocated from their Ilion, NY plant, and the initial investment in Alabama will be $87 million.
Founded in 1816 in upstate New York, the company is one of the nation’s oldest continuously operating manufacturers.  Remington is the only U.S. manufacturer of both firearms and ammunition products and one of the largest domestic producers of shotguns and rifles.

Remington first began considering new locations after the New York legislature passed the Secure Ammunition and Firearms Enforcement (SAFE) Act in response to the tragic shootings in Newtown, CT.  It broadened the definition of so-called “assault weapons” to include a wide range of guns, including the Bushmaster, which was being manufactured at Remington’s New York plant.

A month ago Gov. Andrew Cuomo (D-NY) said “extreme conservatives” who are “right-to-life, pro-assault-weapon, anti-gay,” have “no place in the state of New York.”

Gov. Bentley responded, “In Alabama we strongly support and uphold our great U.S. Constitution on which our nation and our states were founded.

“The Constitution serves to protect individual freedoms.  Among them are those guaranteed in the Second Amendment, which protects the right of the people to keep and bear Arms. 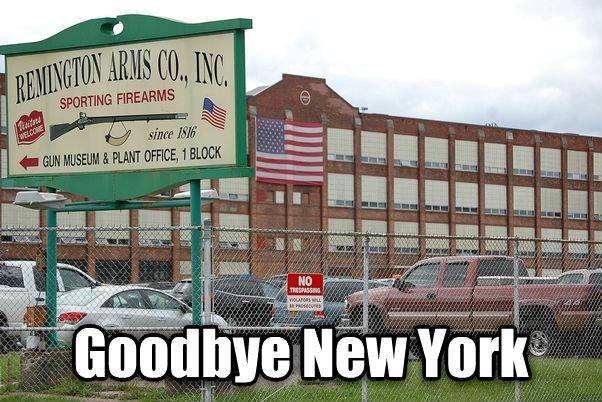 "We will protect the freedoms of individuals and welcome anyone or any company to Alabama to discover as so many have, that we are a pro-business state filled with good, hardworking people.

Great News! I've used Remington products all my life and so did my dad-I am excited to hear this!

I say welcome to BAMA boys!!

I like it.  That will put them only about 25 miles from me!

Jan Carter left a comment for Ed Campbell
22 hours ago

Ed Campbell is now a member of iKnife Collector
22 hours ago
Welcome Them!

Syd Carr commented on Syd Carr's blog post Oops, I did it again!
22 hours ago

Kenneth W. Hill replied to Jan Carter's discussion SO WHO WANTS TO HAVE SOME FUN WITH THE BEAVER??? in the group Great Eastern Cutlery hosted by Ken Mundhenk
yesterday