End of May 2016 there was a plein air in Sopot. The theme was "The knife". Lots of really skilled bulgarian knifemakers took part and showed the different stages of knifemaking. There were also two of the best bulgarian blacksmiths - Nikolai Nikolov and Mihail Kochew. They both showd how to forge a blade from a round steel bar. I decided to give a try and under the supervision of them both I forged two silversteel blades.
As a matter of fact, Niki and Mihail made forging look really easy, but when it was my turn to swing the hammer, it wasn't so easy any more. The hammer I had to work with was 3 kg. It doesn't sound much, but after the third swing, I wasn't feeling my hand, and after I finished the blade, I couldn't controll my arm at all. At the same time Nikolai has forged almost all day long, my turn was late afternoon and when I finished I felt like heavily beaten, and he didn't show any signs of being tired and was repeating to me all the time "Hit it harder!", "Bring this hammer higher!".
The blade I forged the first night I decided to leave as a keepsake. So I took it to the engravers and asked them to engrave "Sopot 2016". The knife is with electrolytic copper guard and ash wood handle with birch bark spacers. I left the marks of the forging on on purpose - they make the blade look more rough and authentic. 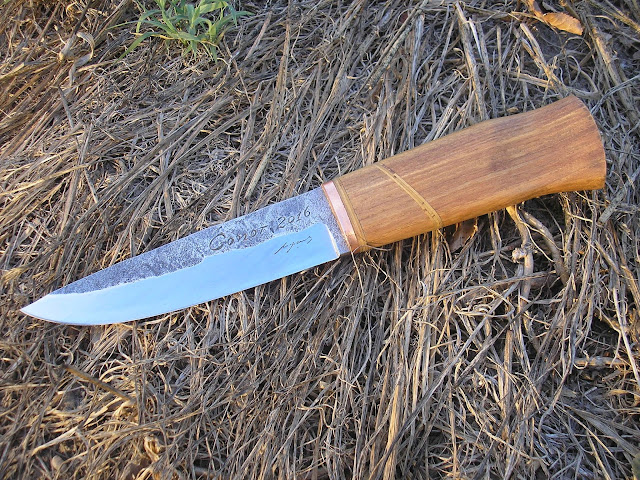 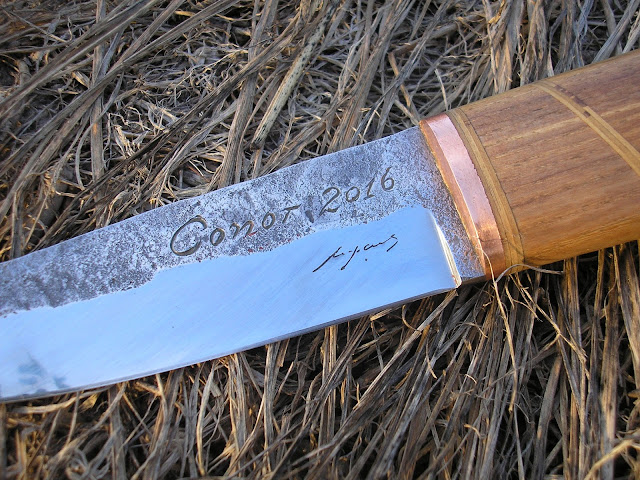 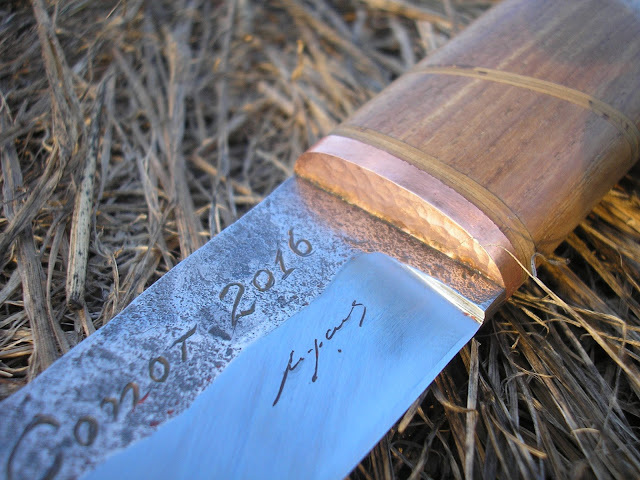 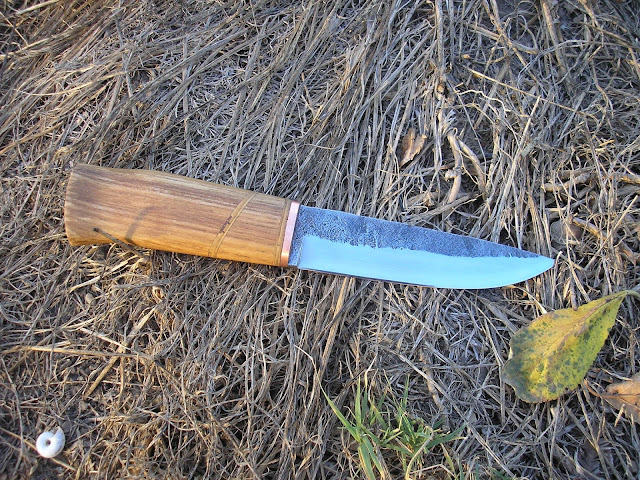 On the other day I decided to take a try and forge another blade.I was really surprised I can lift and swing the hammer. Nikolai and Mihail were there to help. Mihail was constantly repeating to take a smaller hammer and to hit faster and Niolai was waiting him to turn and was telling me "Take the big one, don't be ridiculous!". And as a rookie I was doing exactly as I was being told to do. At the end I thought they are making jokes with me, but the blade came out really nice.
The second blade was leaned from the marks of the forging and was polished. After I finished it, it was 2.7mm thick, 25mm wide and 100 mm long. I drilled three holes in the tang for the 3mm pins, that fix the blade and the handle more secure. The handle is made ot tiger wood impregnated with linseed oil and sealed with carnauba wax. 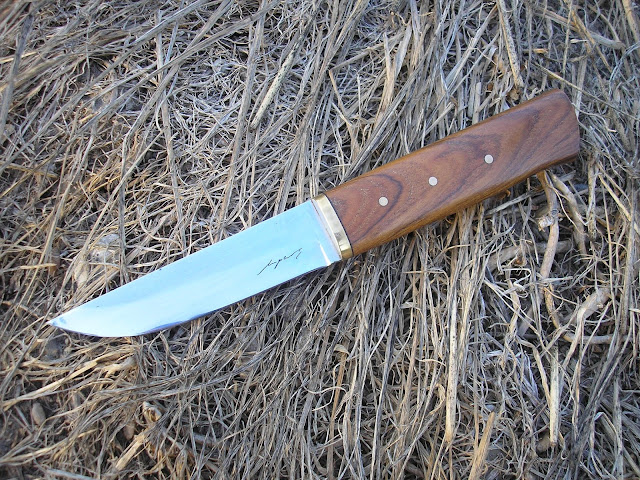 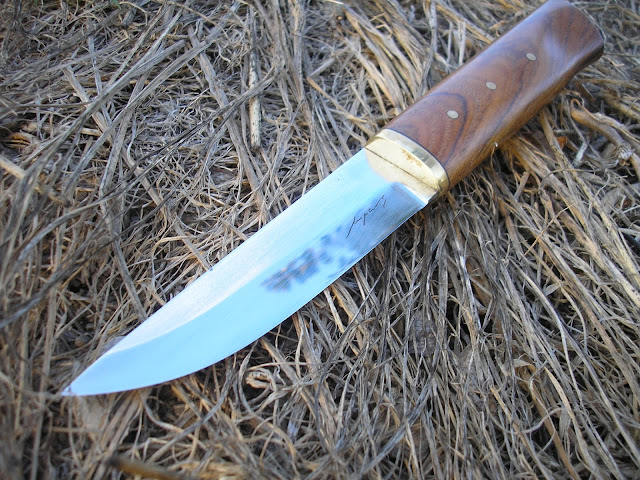 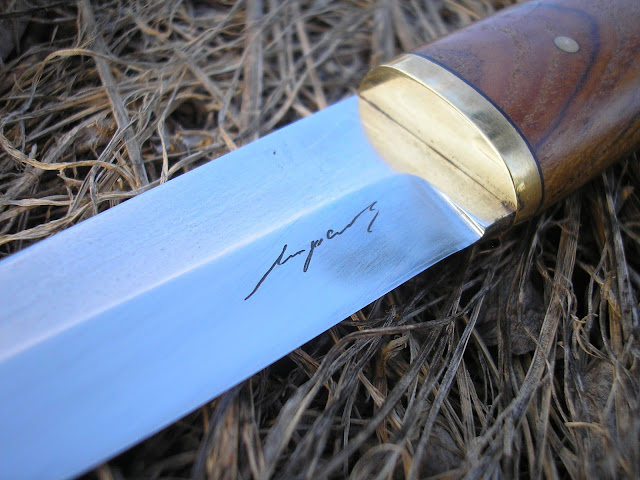 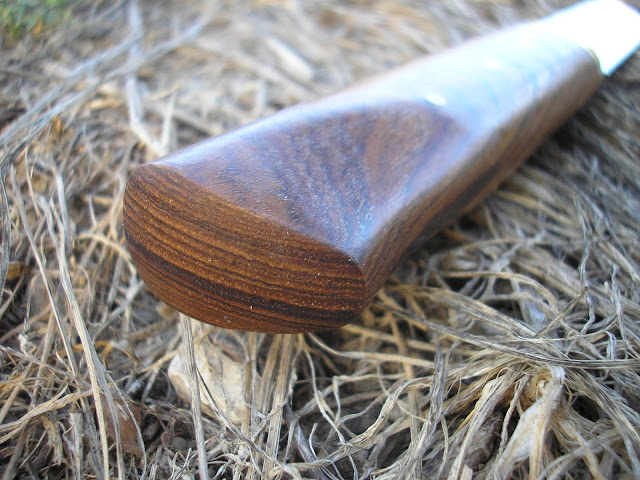 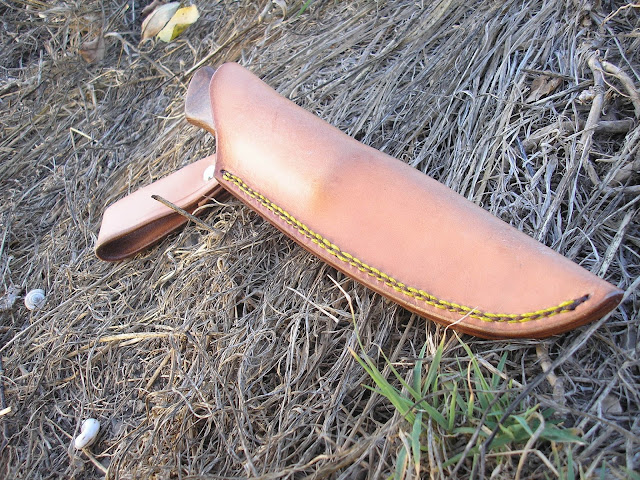 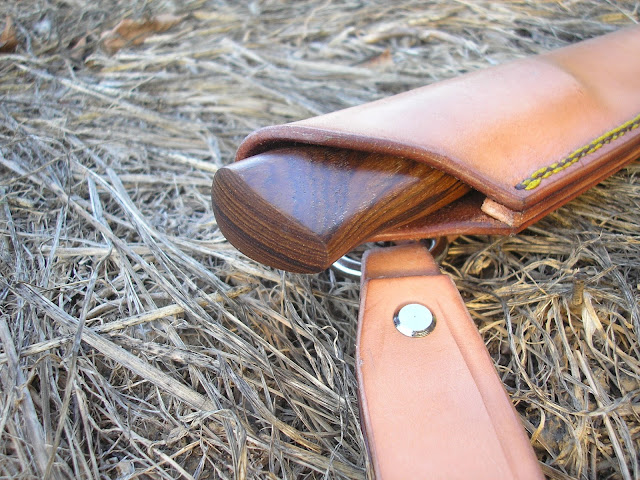 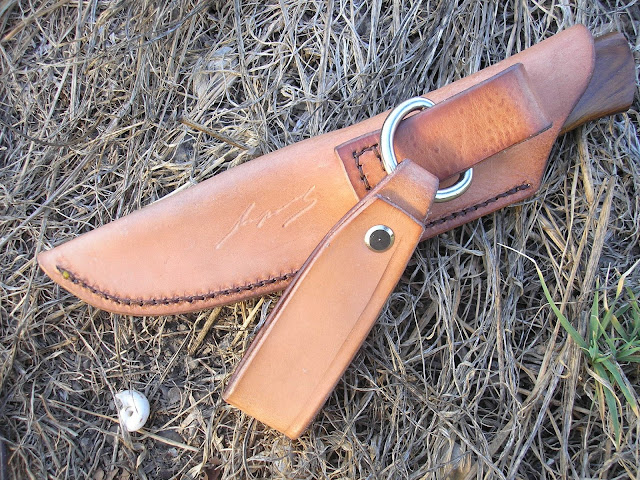 Both of those are outstanding.  Thanks for showing them.  I've recently been discovering all of the great knives and knife makers coming out of eastern Europe.  These two knives you've made are great examples of that.