Purchased this little gem off of ebay as it peaked my interest for being a bit different than most. It reminds me of a gift shop knife that you might find at a Gift shop in a theme park.

Its actully in very good condition. No blade wobble, the lockback seems to secure when its opened and its got a steel liner. I gave it a quick cleanup on the bolsters and it looks pretty decent.

there were several of these type knives that were on ebay and nearly all were in pretty bad shape and then this one appeared with a buy it now. Shipping and purchase were $10.99 and I thought that was fair enough. 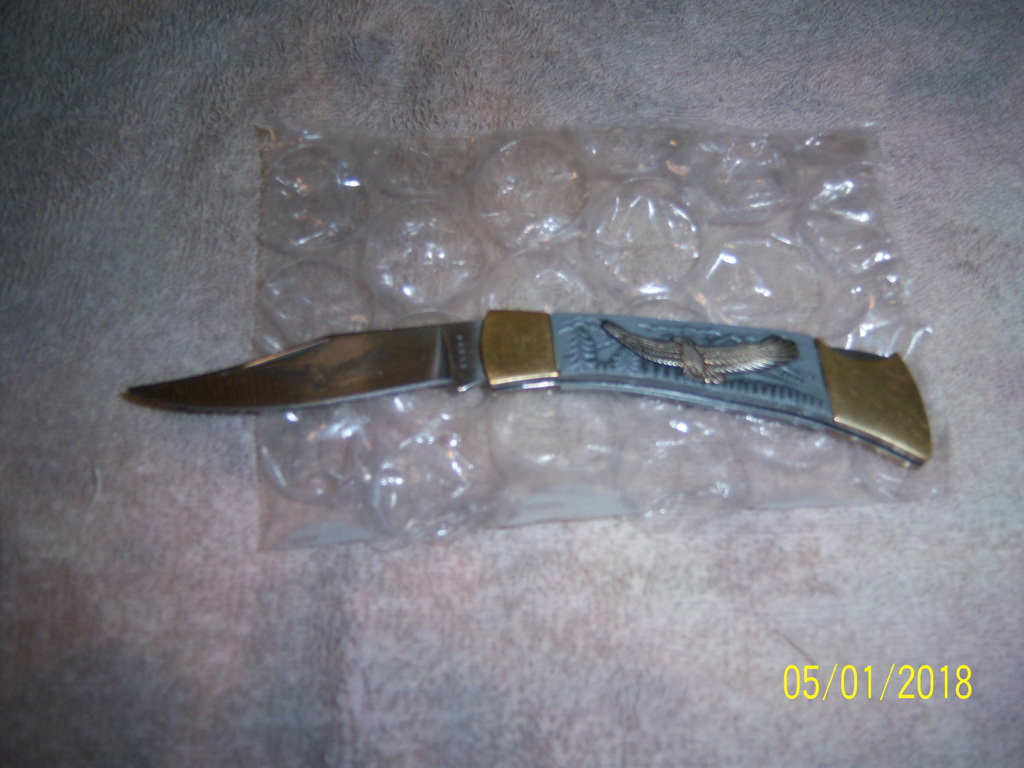 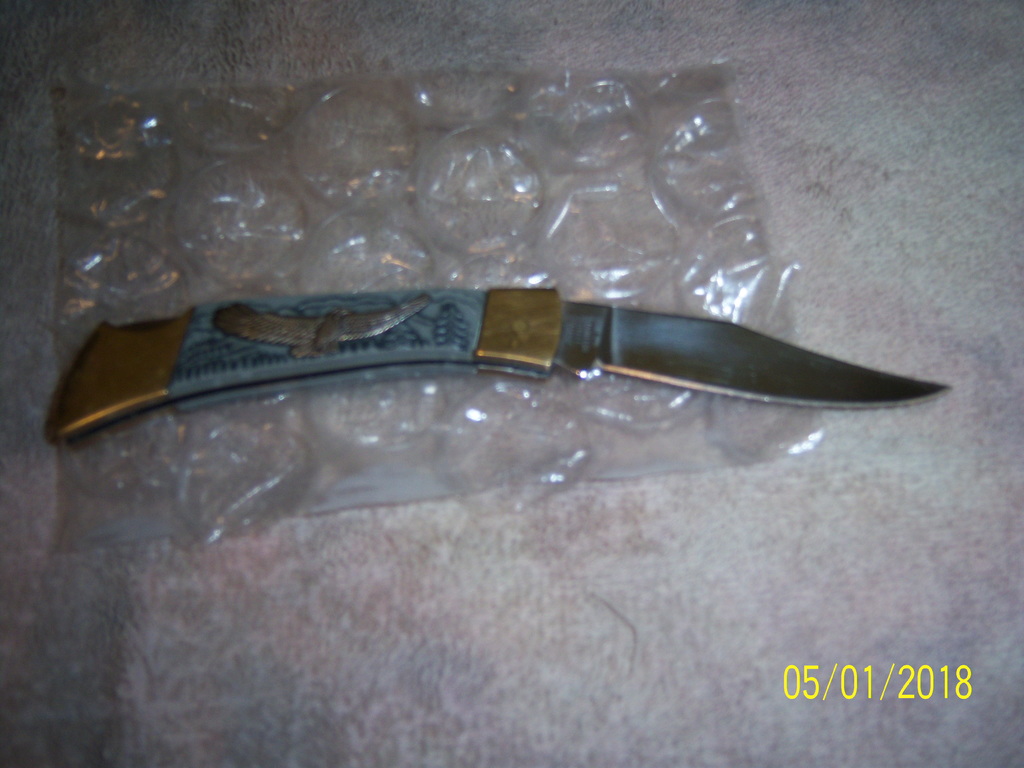 This is turning into a wonderful adventure!  Thanks for bringing us along.  The Statue of Liberty knife sound like it was sold without scales.  I can only imagine the moment they came off LOL.  I am very happy you were level headed and fixed them better than before.  Cant wait to see the new ones and J.J.'s Statue of Liberty knife.

I'm hoping the adventure will continue with these knives. The other two I was waiting for were delivered yesterday morning. One is the Coyote with the advertising on it (Universal Machine company out of Pottstown USA)... Coyote on the blade and it has green scales along with a green sheath..... Steve mentioned that the Coyote knives came with a green sheath, its a dark green

The other one is the Colonial with the Statue of Liberty on it. While cleaning it with warm water and a rag, no soap this time as I wanted avoid surprise of the last knife....... Oops!!..... both scales fell off.  One glob of what seems to be water soluble glue........  :(   on each side. So I started with the repair this time a bit wiser.

last one and thats all of the pics for now ...... maybe a few a bit later on.  I had thought that the Japanese built knives might have been cheapies but they have proved to be a pretty reliable knife. The bolsters are brass however the liners are steel. The scales are glued on but are scrimshaw with the eagle set in it. When the blade is opened you can be assured that the lock is secure and no wobble. If it wasn't for the scales on them I'd use one for an edc.

As to the Colonial knives as far as the frame goes and the blade lock. I'd use one for an edc. however the Coyote verison looks to have brass bolsters on it......  Nope they are steel underneath a brass coating but have brass liners..... ??. Makes me scratch my head.. Still overall a knife I'd be glad to carry as an edc........  Enough for now........  more to come 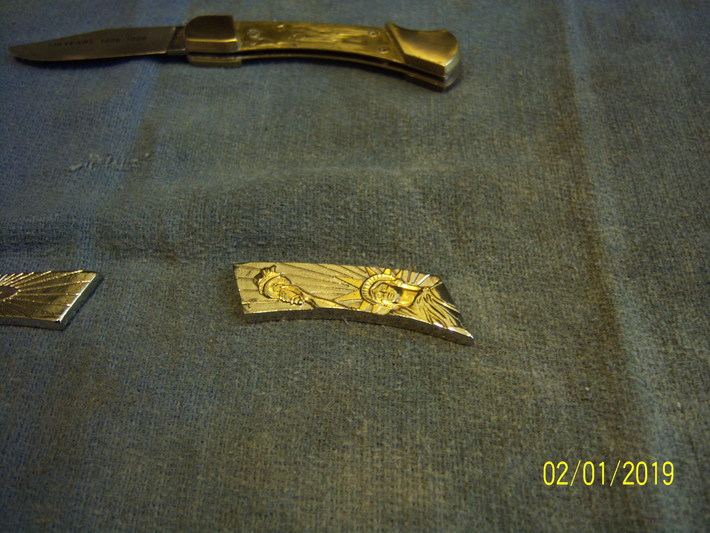 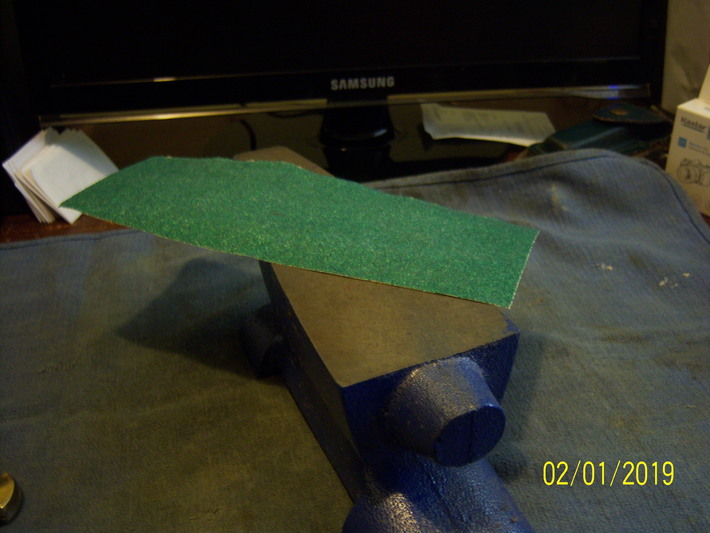 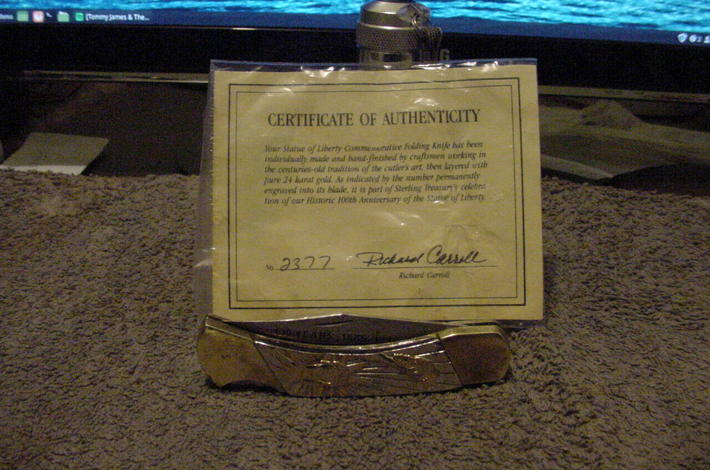 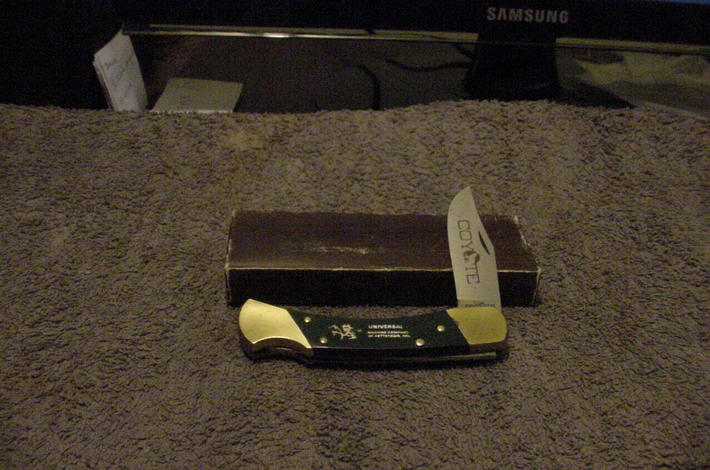 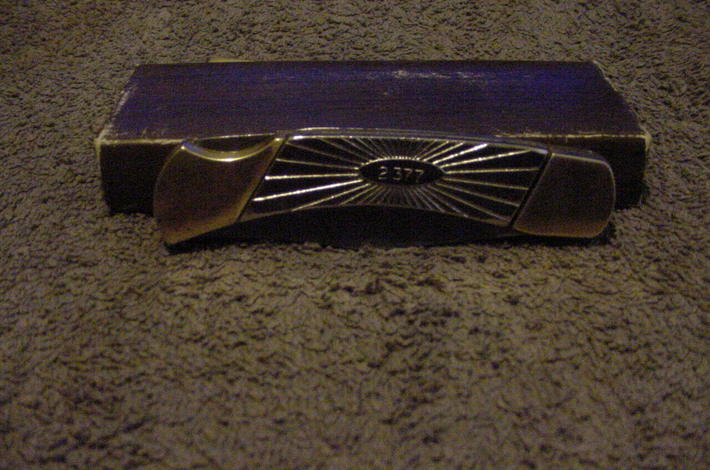 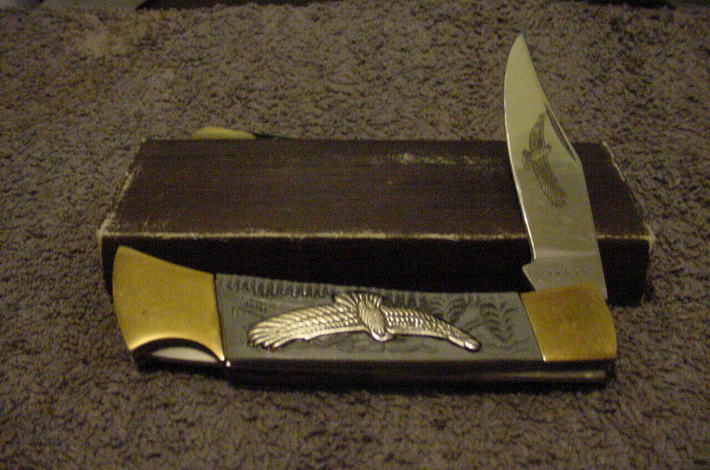 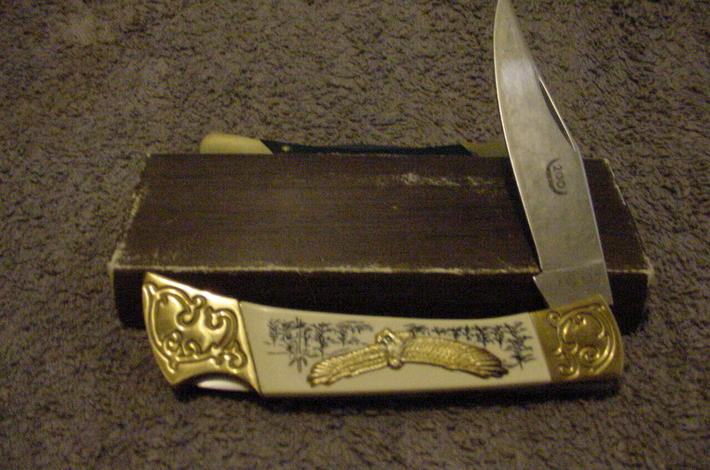 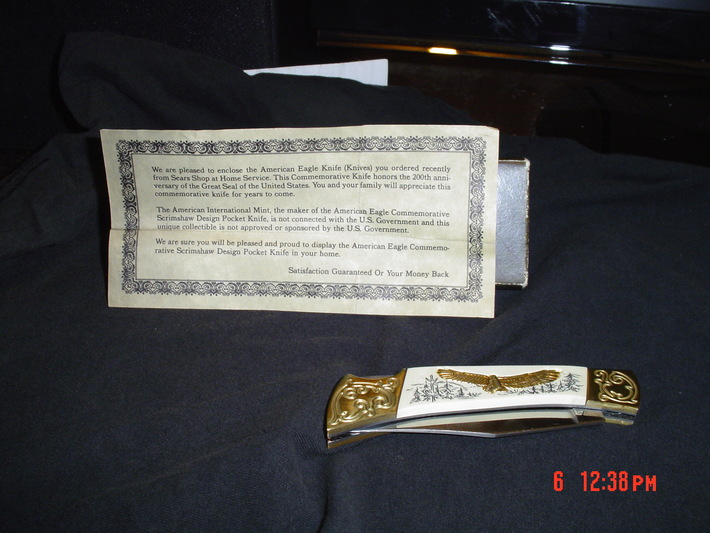 Tim replied to Tim's discussion What GEC is your current carry? in the group Great Eastern Cutlery hosted by Ken Mundhenk
2 hours ago

Jan Carter left a comment for IAN MACDOUGALL
7 hours ago

John Bamford left a comment for Russell Thorp
9 hours ago

Jan Carter left a comment for AKcowgirl
10 hours ago

Jan Carter left a comment for Russell Thorp
10 hours ago