Beautiful Case Family Knives, the 2cd Gen. not the Originals. Are they fakes?

I was at the flea market over the weekend and had a dealer attempt to sell me a beautiful stag cigar whittler. It was stamped: Napanoch Knife Co. I had owned one in green bone in the 1990's, purchased it from Jim Parker, at wholesale with a lot of other Case Classics and Bulldog brand knives. The dealer presented it as a 1890-1920's era knife , mint, original and marked at $350!  With $45-50 dollars in mind, I turned it over, looking for GERMANY to be etched on the back,wanting to correct him. I then remembered that ,the big cigar pattern whittler were made by Case XX in the USA as was the Case Classics, but not dated. Even so, the smaller whittlers, congress, and canoe knives branded as: STANDARD KNIFE CO. LITTLE VALLEY, NORTHFIELD, CRANDALL ,KANE CUTLERY, JD CASE , C.PLATTS SONS, WADE & BUTCHER AND HOLLEY, were made in Germany, at the Bulldog Brand plant. Even so, the knife presented to me as original, it is actually a second generation and was authorized by Mr. Parker. Real but not original! So I will present here the pages from the original 1994-95 Parker Catalog, so a unsuspecting buyers can make a clear choice. On ebay and other knife venues, I see these,  by the dozen over the years,sold as original. Because Case Classics are dated , buyers KNOW they are not original WR CASE & SON, or SONS, CASE BROTHERS, C. Platts SONS and any of the other 1880-to 1940 Case XX or kinfolks cutlery. I still own a big whittler in green bone marked: LACKAWANNA Cutlery Co. My son in law was born there, and I torment him with the knife, telling him it went out of business before his grand dad was born! Now that's a joke, I will clear up before he receives it as a gift. But it is no joke, when you get burned, by the uninformed and unscrupulous! 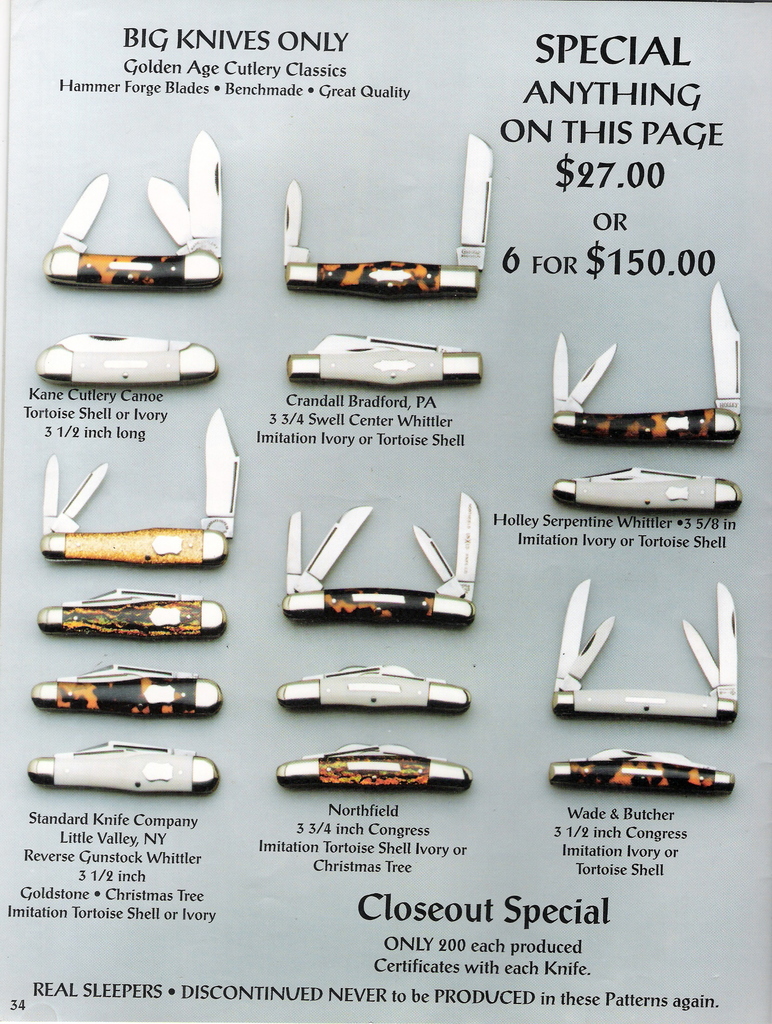 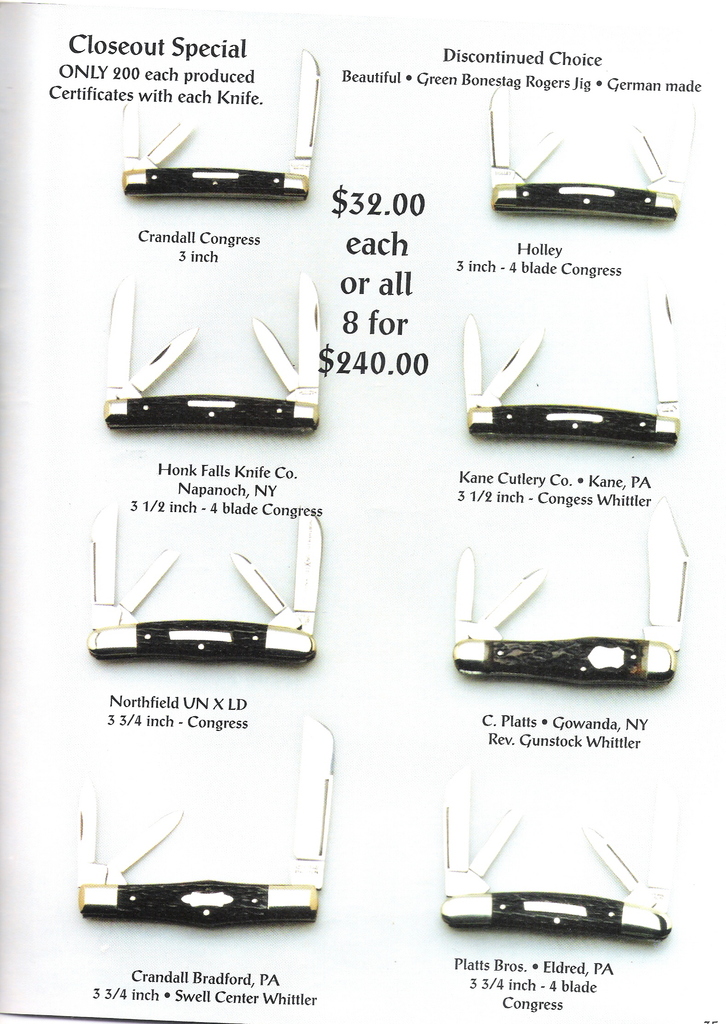