My hubby carry's this knife on a daily basis..This is his birthday, so I wrote a little article about him............

It is a Case 1970 5383,this whittler was the best he could find for the money we could afford at the time. When he found a better specimen to keep as a collector item he chose this knife to use and carry.  I tried to find some history on the whittler and real schematic diagrams doesn't seem to be in the surfing at the present. I did find the following that might be of interest to others.

This pattern is 3 1/2" medium sized whittler that is often called a balloon whittler, or swell center whittler.  It has been manufactured with both a saber ground master clip blade and a flat ground master clip blade.  The second and third blades are usually short clip blades, but some have been manufactured with coping secondary blades and rarely file bladesl.  These knives were introduced by case sometime prior to 1915 and were later discontinued in the early 80's.  They have since been reintroduced in 1999.  The newer version has a slightly wider frame.

Any knife that uses a split-back spring construction falls into the whittler category.   The split-back design uses two springs that support a large single blade on one end, and two smaller blades on the other.  The larger blade uses both springs, and each small blade rides on its own spring.  All knives that work in this manner are referred to as whittlers regardless of the shape or design of the handle.   This allows for many different styles of whittler knives with numerous names.  Some include balloon whittler, seahorse whittler, equal end whittler, sleeveboard whittler etc.  There is more work that goes into their construction than almost any other styles of knife.  They have always been very collectable patterns. Case's most well known whittlers include the following patterns: 08, 80, 83, and 55. A few whittlers have three springs and are usually known as a three spring whittlers.

The Whittler ('83) is a three-bladed Pen configuration with a large blade on one end and two smaller blades on the other. This type of Whittler is often referred to as a Split Back Whittler. The two smaller blades are always the same size and are usually a small Clip and Coping blade, although there is sometimes a Pen blade in the mix. This pattern frequently has two springs with each of the smaller blades bearing on one of the springs while the main blade uses both springs. The most distinctive feature of a Whittler is the master blade which is thicker than normal in the tang area due to the thickness of the two secondary blades. Most whittlers have a center divider (split back) that separates the tangs of the two smaller blades and the two springs for part of their length.

Different views from different knife collectors , all is good and INPUT INPUT ! 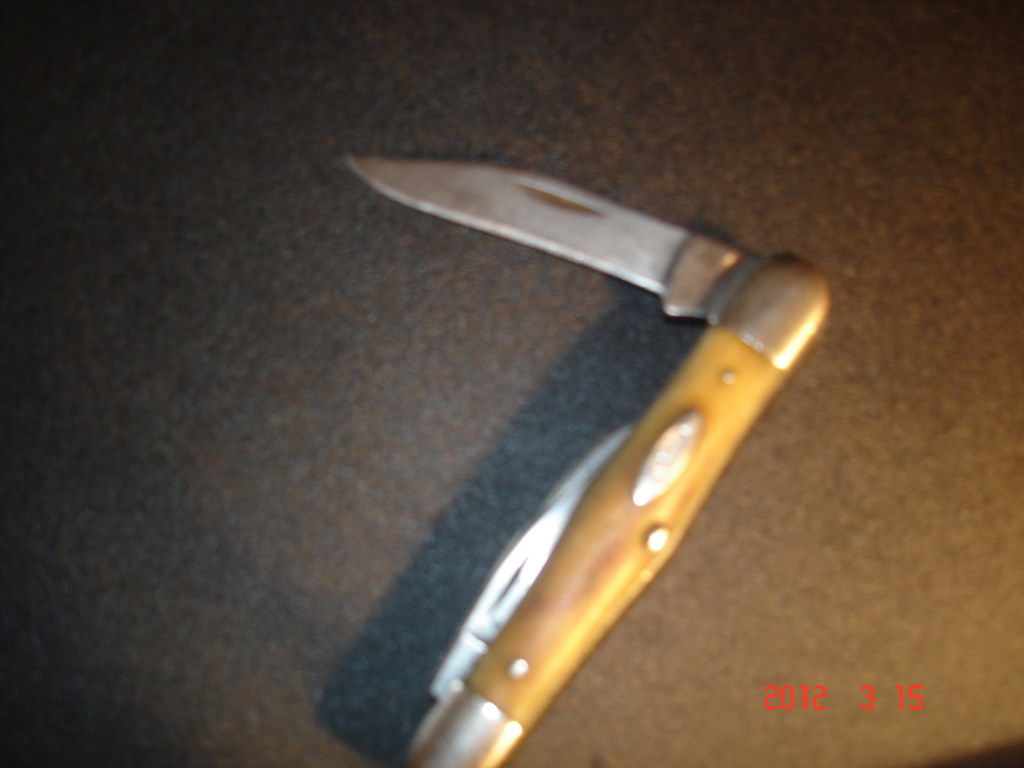 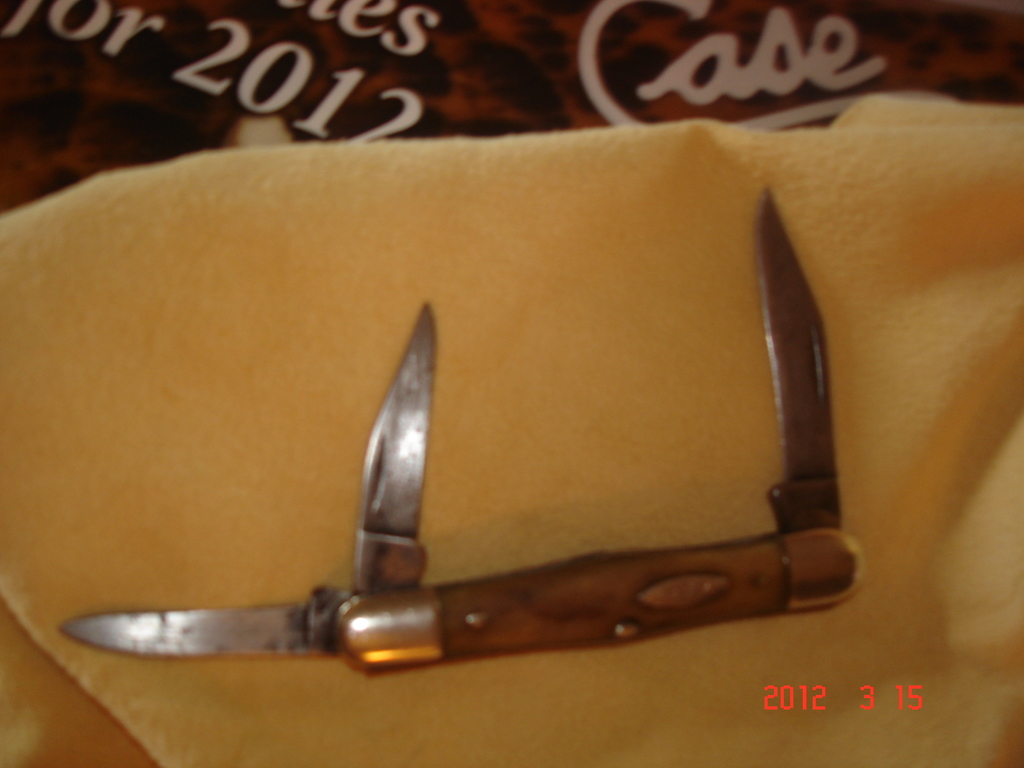 Was found in his good clothes pants he had worn for about an hour and hung back up in the closet......

So it is now back to work, and the whittler is getting a rest......

AGAIN this knife went MIA for a couple weeks and was found in a tool box.....then a few days later I found it in the dryer....it is like a Timex takes a licking and keeps on ticking.....and the saga continues

Another FREE SHIPPING Weekend at KnifeCenter!