Edged... but not a knife. Old axe anyone?

I acquired an old axe head a few years ago and I never thought much about it.  I found it in an old barn and the owner gave it to me as junk.  I had sort of planned on cleaning it, re-profiling the blade, and basically making the axe something that I would forge if I had the means to do so.  Maybe even try my hand at some etching.

Well, the years go by, and I finally tried to clean it up a little.  There was some stamped text on it that I had no idea was there!    It reads:

His son, George, organized the Nashua Edge Tool Company in 1852.  This company stamped their tools with Underhill Edge Tool Co. .  The company was bought out and closed in 1890.

At this point, it seems like my initial idea of modifying this axe is thoroughly quelled given this new information.

Does anyone know anything about these tools and/or axes?  Is there a preferred way to clean or preserve them?  Are they worth anything?  Being as old as I suspect it to be, makes me think that there is at least some value associate with it.  For history's sake if nothing else.

I was rather surprised to find anything at all on the axe, and certainly nothing with the history of the Underhill Edge Tool Company.

Thank you for any and all advice you are able to share with me.

You probably want to see pictures?  :)

The photo of the stamping is not as clear as I would like it, but it is rather difficult to get the lighting just right so you can see the stamping at its most readable. 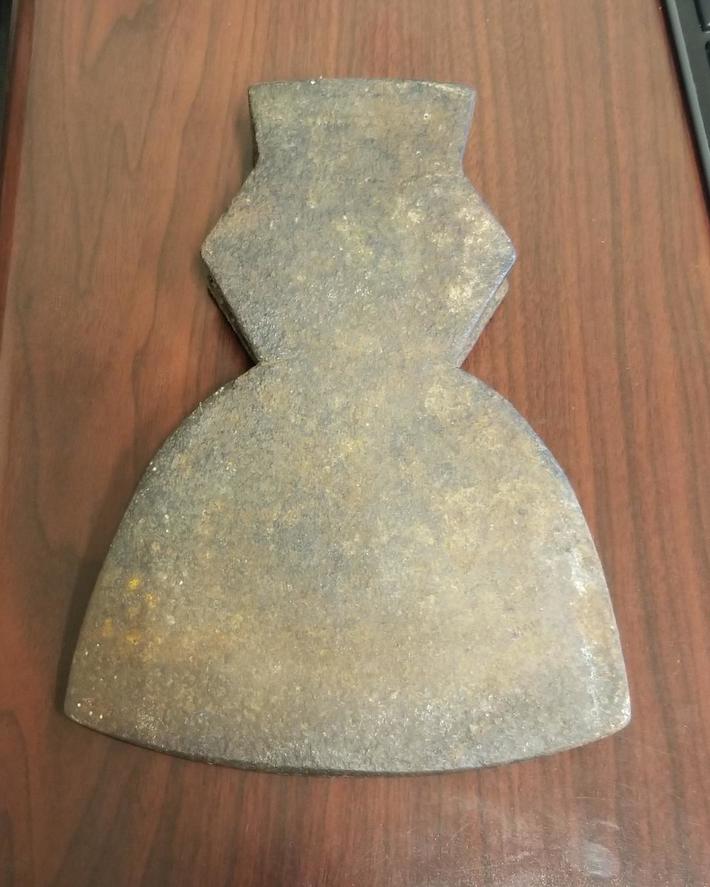 All I can say is that the Underhill name is familiar, but antiques really aren't my specialty.  If it was my axe head, I would have probably just gone forward with the cleaning and rehandling process.  Personally I'm fine with some pitting but I really don't like rust on my axes.  What I can say, though, is that the lack of any mushrooming on the poll makes this a really nice specimen of antique axe head.  Nice score! I am right there with you on getting rid of the rust. Keep the pitting since that is part of it's "history"...  but the rust really needed to be dealt with.

Since there were no replies advocating anything to the contrary, I went and cleaned it up carefully.  During my initial cleanup, I had the metal in the main body of the axe shot with our x-ray gun to determine the type of steel.  Very low carbon content.  98% iron.  Barely steel at all really based on the alloying elements.  But there is an very obvious band of different steel along the edge.  I plan to shoot it on Tuesday to verify my suspicion that the edge band is a much higher carbon content steel.

I do have some cracks right at those sharp corners.  Obvious stress riser locations, but I was a little surprised to see the cracks given the metallurgical makeup of the steel in the axe body.

To provide a little bit of rust inhibition, I went and did a single cycle of rust bluing.  It is actually looking pretty neat now. 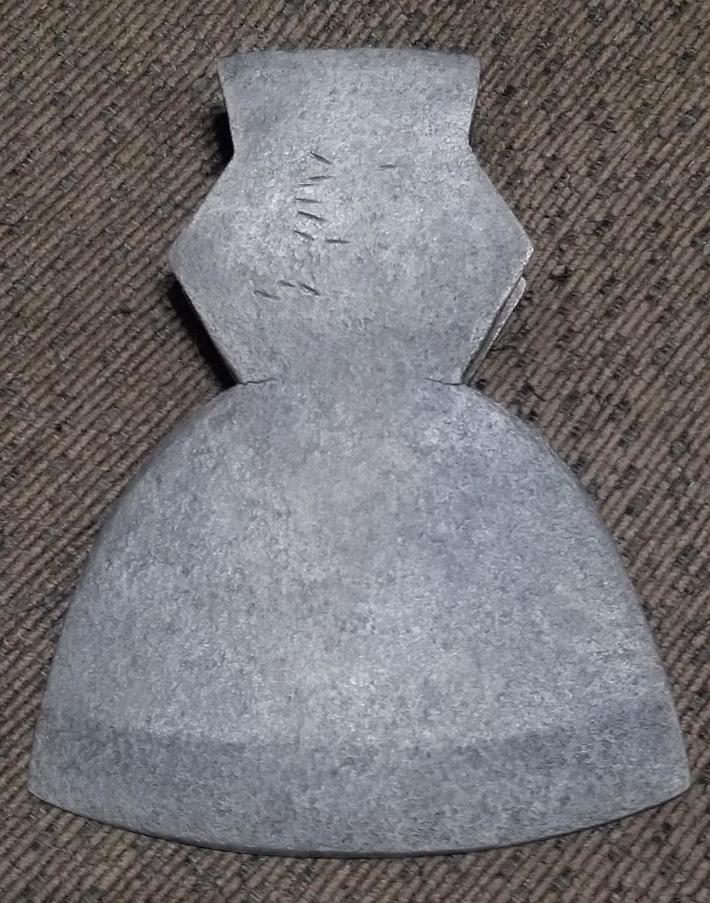 Those sharp impact dings are the worst surface defects that I see on the entire axe (other than the cracks). I did not see those either until I cleaned the axe up.

All in all, not too bad.