I had really enjoyed my day on the Missouri with Ryan and Ian so much that I asked for Ryan to be my guide for the remaining two days.  This didn't bother the others in my group as his brashness put off most of them.  I rather enjoyed my interaction and banter with him and in fact we developed quite a rapport over the 3 days that I fished with him.

I met Ryan for breakfast and we discussed either going back to the Missouri or fishing the Lower Gallatin.  Just for reference the Gallatin River Gorge is where the movie A River Runs Through It was filmed.  Ryan sort of encouraged me to decide in favor of the Gallatin to expand my experience a bit.  The morning was overcast and a light rain was falling.  I had all my rain gear with me and there was fishing to be done.  The section of the river that we were going to fish drains into the Missouri River at Three Forks.  The Gallatin, Madison and Jefferson Rivers all drain into the Missouri at this point.  This is the famous Three Forks mentioned in the Merriweather Lewis Journal of the Lewis and Clark Expedition.

Misty rain and a chill greeted us when we got on the water.  This section of the Gallatin (Lower) was completely different than the other rivers I had fished thus far.  It was narrow and there were many dead falls in the water.  In fact, Ryan told me this section of the river is only fishable in September and October.  It certainly was a beautiful friver.  The scenery was incredible.  I caught fish early and often in this narrow river. Solid rainbows and browns of 16 to 18 inches with the largest of the day being a 19 inch rainbow.  The photo of that fish is my background photo on my computer screen both at home and at the office. 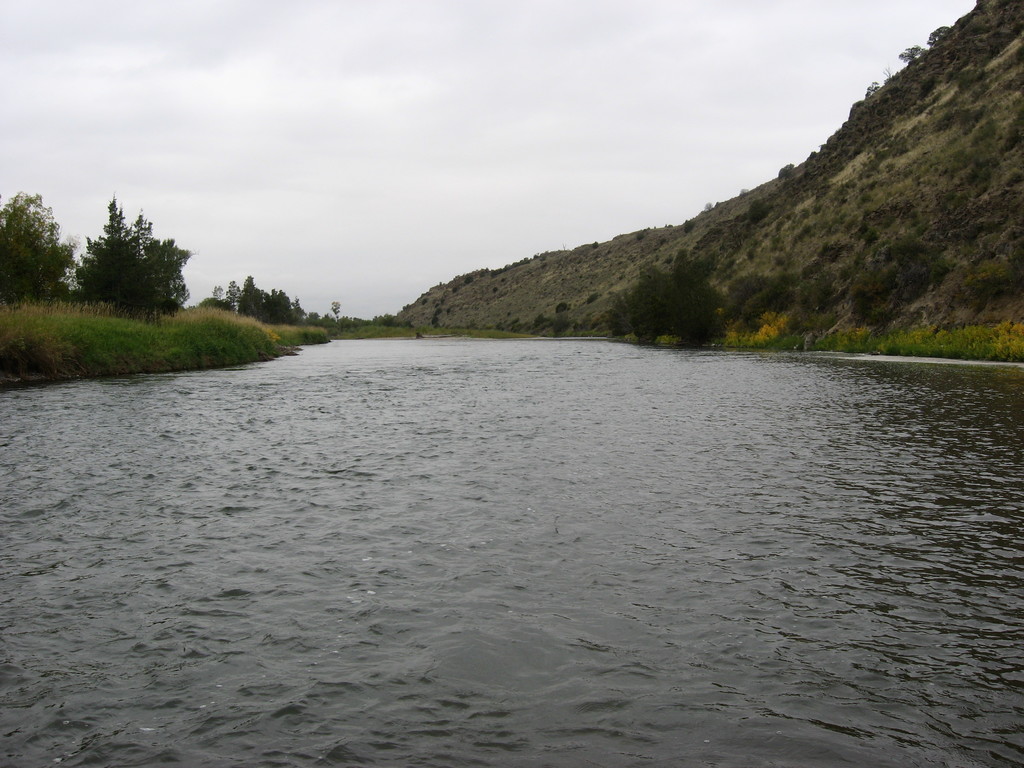 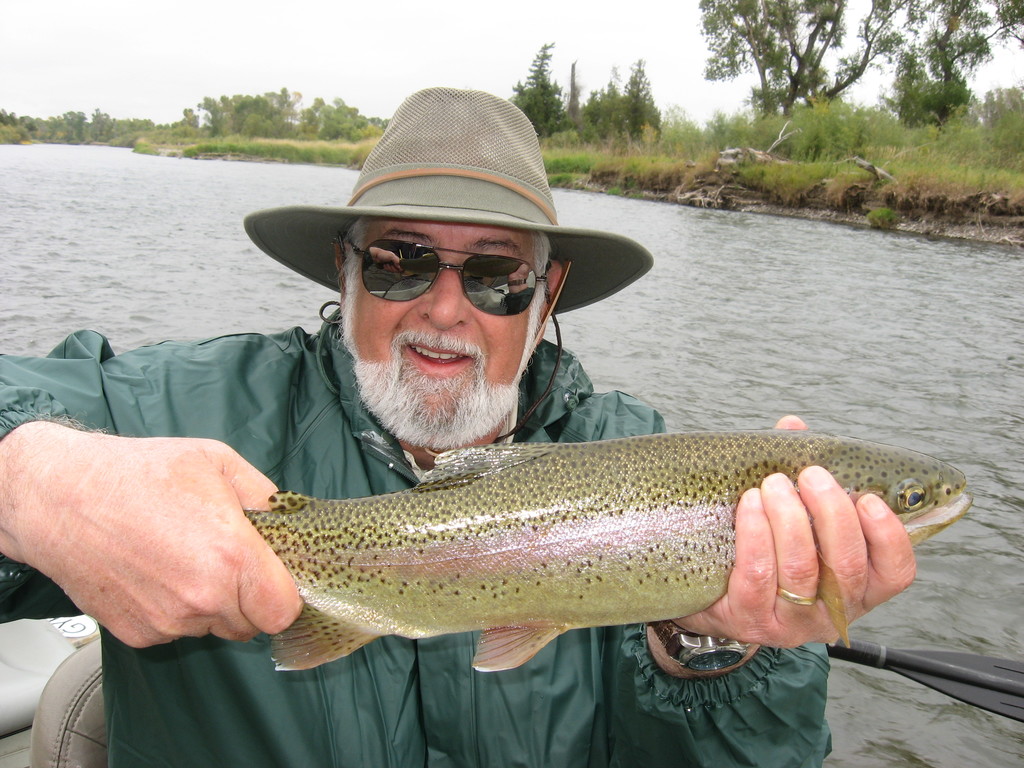 One note of interest was that every fish we caught that day were from the right bank as we went down the river.  We tried the left side repeatedly but the fish were on the right side bank.

I don't know if it was the realization that my trip's end was near (only 1 day left to fish) or if it was just the idyllic setting of the rain, small river and no other anglers present but in some ways that day on the Gallatin with Ryan was perhaps the day I will remember most of all from this trip.

I know that I went to bed that Wednesday night knowing that the next day was my last in Montana.  Where to fish the last day was equally certain in my mind.  My last day was going to be spent after the big rainbows on the Mighty Mo.

Goodness I am reading this and thinking...Get that Brown!