This group is for the outdoor enthusiast. Whatever gets you outside is the topic. Discuss gear, trips, cool things you have seen or done. New ideas, or ask questions. If you are knowledgeable about something share it by posting a discussion about it.

A - Z index of The Outdoor Group

Location: One step out your door.
Members: 104
Latest Activity: Feb 10

I have recently had an interest in learning about the equipment needed for surviving in a Bug Out situation. In learning the proper tools and equipment to have, I have also started backpacking and…Continue

Excepts from "A Witches Garden"

According to legend, there were ceremonies for harvesting plants with magical powers. Harvesters must never use iron tools, since the iron interferes with all of the beneficial elements of the plant.…Continue

Just an hour up the road from us, albino or not it makes for some strange turkey pics…Continue

Lots of things to do in the spring, one is knowing when to plant and when to wait.May 10th is my last frost date, passed down from my grandmother. She said you plant something that comes up before…Continue

You need to be a member of Outdoor Living Hosted by Robert Burris to add comments!

DLKG,LOL!  I hear ya!  I keep looking back at this.  I really want the Spyderco Okay, I've admired RMJ tomahawks from afar for years, & for some reason I haven't bought any of the CRKT production versions of RMJ designs.  Actually, the reason is simple -- I could never decide which one to buy first!  At first I thought it would be the Chogan, which has more of a hammer poll, but lately I've been leaning more toward the Kangee -- & now even more with that tip from the video of using the spike end to spike logs!!!!  AH!  Then the Kangee was made with orange scales, but those seems to have gone out of production & disappeared.

And then CRKT came out with the more affordable Woods Chogan & Woods Kangee, & that was tempting too, especially when I'm in more of a classical tomahawk mood.  They even have hafts that are thicker than most contemporary tomahawks, like the Cold Steel models.  (I tried some serious chopping after a storm with the Cold Steel Rifleman, & that narrow, straight handle led to some serious hand fatigue.)

I love that the Spyderco has an aluminum core to add more rigidity to the haft, and the actual function.

I'm still more of a woods user than tactical, so my current go-to is the Husqvarna Carpenter's Axe -- I love splitting fire wood from fuel sized down to kindling then making fuzz sticks with that axe, it's just a visceral joy to me.

However I can also endorse that SOG Tactical Tomahawk -- it's incredibly sharp out of the box & it's almost too scary sharp to throw!  Almost...  :)

And then there's the often overlooked category of "tactical cleavers" -- which have recently garnered some models from ESEE & TOPS, but my favorites are my Mineral Mountain Hatchet Works tactical cleaver & my John Greco custom mini cleaver.  MMHW really deserves some attention in this category.

And I don't usually say this, but Gerber makes a model currently that I'm really interested in -- the Downrange.  Hovering around $200, it'll have to just be a curiosity for now.  If I had $400 to spend on a tomahawk, I might go for something from Hardcore Hardware, maybe a little more & I'd go for a mid-range piece by Daniel Winkler...

But I'll come back down to reality & just encourage anyone reading to try the Sog Tactical Tomahawk or the smaller Fasthawk, or to try really any of the Cold Steel tomahawks.  The prices are decently low on any of these.

But if anyone has any feedback on the CRKT's I'd definitely be interested in hearing it!!

Knife Center has chosen their best choices for tomahawks in 2019.  I like the Spyderco, which is your choice?  Is it even on their list? Mute evidence of a tragedy of the woods was discovered a few days ago by Joe McKelvey, park ranger, in the vicinity of Many Glaciers chalet, Glacier National Park.

In a thicket about three miles north, Mr. McKelvey ran across the skeleton of a moose, and upon closer investigation, found parts of a human skeleton, which clearly showed that some hunter years ago had shot and wounded a moose and then been killed by the animal. Close by was found a Springfield 45-70 rifle with the breech open, and a shell which had stuck told how the hunter had lost his life. He had evidently fought to a finish for a broken knife (that) was found on the ground.

Old-timers in the vicinity of the park are of the opinion the skeleton is that of a French-Canadian trapper who disappeared about 18 years ago, but none remember his name. There is no doubt that the man lost his life a long time ago, for the bones are bleached and the rubber shoes which the hunter was wearing are badly weather-worn.

Mr. McKelvey got an excellent photograph of this tragedy of the hills. It shows the two skeletons where the combatants fell after their fight, together with the rifle and other equipment of the hunter.

Whatever you choose to believe about the cause of death of these two creatures, it’s certainly worthwhile to remember that wild animals can be dangerous — and hunters sometimes come out on the losing end.

THE LEONID METEOR SHOWER: Earth is entering a stream of debris from Comet 55P/Tempel-Tuttle, source of the annual Leonid meteor shower. NASA cameras have already detected a number of Leonid fireballs over the USA with peak rates expected on Nov. 17th and 18th. The weekend display is best seen at dawn alongside a new comet and a conjunction between Venus and the brightest star of Virgo. Visit Spaceweather.com for the full story.

I like seeing rainbows.  It always  reminds me of God's promise.

At our house tonight, God provided us an outstanding light show.  From the back porch a rainbow followed by a golden sky from the front 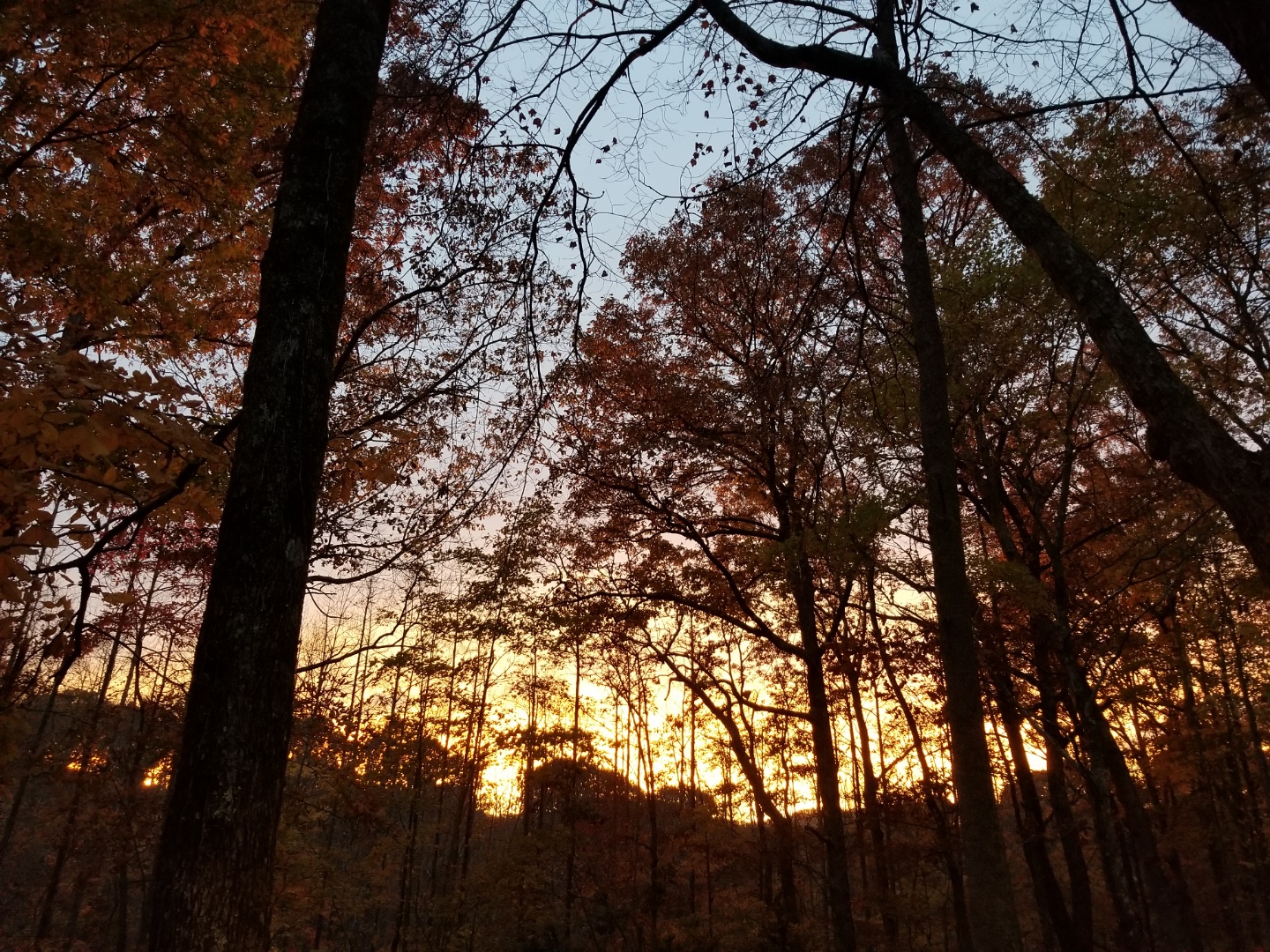 As I look at this the last time I posted in this group Irma was on the way.  Read below, the tips are still good

Well it appears that we will be getting somewhere around 30mph and 2-4 inches of rain from Florence.  I am worried about a good many of our members and friends.  If your in the path, please leave.  You will NEVER here me say this unless I fear for lives...even knives can be replaced (but I suggest they go in their own bug out bag with silicon packets :) )

Jim Stoddard left a comment for Charles Sample
9 hours ago

Jim Stoddard left a comment for Jeremy B. Buchanan
9 hours ago

FeaturedCharles Sample left a comment for Jim Stoddard
10 hours ago

Ken Mundhenk left a comment for Ralph Nelson
10 hours ago

FeaturedJeremy B. Buchanan left a comment for Jim Stoddard
10 hours ago

M Neil left a comment for Jan Carter
10 hours ago

M Neil left a comment for Charles Sample
10 hours ago

FeaturedJeremy B. Buchanan left a comment for Ralph Nelson
15 hours ago