Hi , I am new to forum and love old knives! I purchased this big sunfish recently, it is one of my profile photo knives. The knive is a NORTH AMERICAN CUTLERY CO. BEAVER CITY NEBR.

Well, hey ,that bone looks really close. So, there goes the the Catturaugus theory!  No ,it is possible the two factories purchased similar bone from who?. Winterbottom or Rogers bone companies?.       Jan Carter said:

Hey Guys check this out on ebay

I was hoping to update this discussion before now. The original purpose was to tie the North American Cutlery Company knives to the four Case brothers of knife lore or JBF Champlin, their father in law. Recently I discovered  the NACC charter was dissolved in 1909 and the company moved from Beaver City Nebr. to Wichita Kansas. In a razor website, a NACC straight razor owner stated  Jean Case ran the company, while the brothers were salesmen. I find bits and pieces , but anything solid has been fleeting!  This is from an early Bradford PA newspaper, still searching and your help appreciated!                              Northwestern Pennsylvania

J. RUSSELL CASE - Known throughout the United States for his accomplishment as a cutlery manufacturer, J. Russell Case continues, in Bradford, the firm of W. R. Case & Son, founded and for years headed by his father. This organization occupies a prominent place in Bradford industrial life and in the cutlery business of the Nation.

Mr. Case was born October 27, 1878, in Nebraska, son of William R. and Mary (Fox) Case, both of whom are now deceased. The father, William R. Case, went west with his brother, Jean Case, when he reached the age of twenty-one years, and the two brothers together operated a mail and freight route for the Federal Government in Kansas and Nebraska. In 1878 Mrs. Mary (Fox) Case, whom he had married at the age of twenty and taken west with him, died, whereupon, in 1879, William R. Case returned to the East and entered the cutlery business in Little Valley, New York. The present firm, or its predecessor, was established there in 1895, and there William R. Case continued it until 1905. Then he decided to come to Bradford, where he put up a thoroughly modern plant and initiated the present firm of W. R. Case & Son. They manufacture “Case Tested Double XX” cutlery, popular throughout the United States. W. R. Case remained president of the organization until his death in 1931, where­upon he was succeeded by his son, J. Russell Case, who has continued the work down to the present. William R. Case was also the main sponsor of the Case Land Company, and was instrumental in transforming the swamps in Foster Brook into a fine residential district. He was the first man in the United States to travel and sell cutlery from samples, according to records of the industry.

Common schools of Little Valley, New York, where the family formerly lived, provided J. Russell Case’s early formal education. He “grew up” in the cutlery business from a very early age, and has remained in it since that time. The enterprise was established, as already indicated, back in 1890, and since its removal to Bradford he has been prominent in its management. Through the years of the firm’s history the number of employees has grown from forty people to about 350. At the time of the father’s death, in 1931, there were about two hundred. Originally, in Bradford, the business was situated in a small establishment in Bank Street, very different from the fine up-to-date plant now operating in Russell Boulevard.

Quite aside from his work with this company, J. Russell Case operates a fine farm, raising roughage to feed a herd of about sixty head of milk cows. Politically he follows an independent course, casting his support in favor of candidates and measures of his choice rather than on any partisanship basis. He belongs to the Bradford Club and the Bradford Board of Commerce, and in the Free and Accepted Masons is affiliated with Little Valley Lodge, Buffalo Consistory, Ancient Accepted Scottish Rite, and Zem Zem Temple, Ancient Arabic Order Nobles of the Mystic Shrine (in Erie).

The Central Overland Pony Express of 1860-61 was not the first nor the last venture to transport and deliver mail by horseback. While most attention has always been focused on the Transcontinental Pony Express route to California, there were many comparable services scattered throughout the west. Often these services lasted but a short time.

The purpose of this page is to provide a forum to list other riders and other routes and to provide a means of recognizing those gallant riders who provided the communication links that helped to bind our country together.

Andrew Jaxson Case rode for a pony express, probably in 1878.

Evidence: "Historic Annals of SW NY; pub 1940; Vol 3, pp 180-181. "A. J.Case, who during his young manhood had a romantic career as one of the pony express riders over the prairies in the days before the Union Pacific RR was built."

He lived in Furnas County, Nebraska, and Norton, Kansas, 1880-1883. He was married in Norton Kansas. His first child was born in Norton in 1883. He was a salesman for Case Brothers Cutlery of New York and was a stock breeder, both in the 1890s. Norton Kansas, is not far across state lines from Beaver City Nebraska. 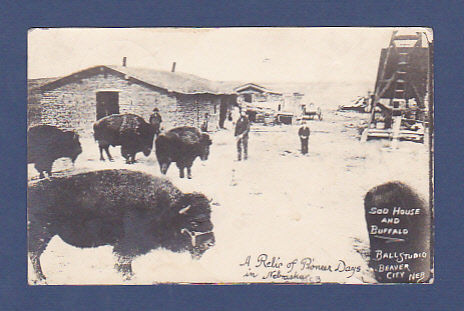 Job Case was the third son in a family of 10 children and was born in Washington County, New York July 1, 1822. Mr. Case's parents were New Englanders of English and Scotch descent. His father, William served with honor in the war of 1812: he was the son of Isaac Case who was an officer in the Revolution, and was noted for his great feats of strength and daring.

Job was a sturdy boy and showed early signs of more than ordinary physical strength and energy, qualities that have stood him well in hand in the path that fate seemed to have marked for him to follow. Removing at an early age to Cattaraugus County, New York, then an almost unbroken wilderness of rocky hills and giant forests, but where today hundreds of acres of pleasant meadows and fruitful orchards stand as monuments to this man's great energy and almost superhuman endurance, and many a Kansas urchin has been made glad at sight of the rosy cheeked apples shipped from some of those same orchards.

Mr. Case was married at the age of 22 to Miss Debbie Milks of Napoli, New York. This proved to be a marriage of natural adaptation. The wife bringing the industrious loom and spinning wheel of those days which played an accompaniment, to the music of the ax and flail of the thrifty farmer. There were born of this marriage nine children, five boys and four girls, which with the exception of one infant all lived to be men and women grown, as follows: Mrs. A. V. Reed, now residing in Little Valley, New York; Theresa, wife of J. B. F. Champlin, manufacturer of Cutlery, Little Valley, New York; Wm. R. Case of the firm of Case Bros., stock breeder of Spring Green, Nebraska; Jean Case of the same place and business; Emma, wife of J. W. Brown, merchant at Little Valley, New York; John D. Case of Case Bros., Spring Green; Andrew J. Case of same place and business; Jessie, wife of J. H. Barnard, farmer near Spring Green, Nebraska.

Mrs. Case died in 1868 and Mr. Case again married, this time to Miss Marie E. Dolbeir to whom was born one son and one daughter. The son Edwin, is in the dairy and fruit business in New York; the daughter, Mable, is still with her parents.

In 1873 two of the oldest sons, Wm. and Jean, having settled in Furnas County, Nebraska. Mr. Case determined to test the qualities of the prairie soil and moved to Nebraska locating in October 1873 near his sons on the Sappa in Furnas County.

About this time Mr. Case met with a severe financial loss through the failure of the banking firm of S. S. Marsh in Little Valley, New York, sweeping away much of the hard accumulation of years.  Although the strength of his youth had begun to wane, and crippled financially the old fire and ambition still remained; proving up on his first settlement in 1874 he homesteaded the same year, land in Norton county one mile northwest of Norton.  He remained on this land until 1880. He then moved to Norton. Mrs. Case opened a millinery store.  Mr. Case was engaged in numerous enterprises on a small scale.  He became a shareholder in the Norton town company and was at one time President of the association.  He has a well disciplined mind and would speak on public questions with great force and originality in our debating societies.  His outward appearance was cold and austere; but close acquaintance showed him to be companionable and communicative, although he never smiled.  The expression of his face spoke volumes.  He owned the Wm Maudlin farm, six miles east of Norton, and lived out there for a short time.  Beginning to feel the weight of years and longing for old familiar scenes of his native state, in 1884 he returned to his old home in Little Valley.

Having in his day perhaps subdued as many acres and planted as many orchards as any man now living, giving employment to hundreds, he has undoubtedly earned a quiet and peaceful old age.  He now lives in retirement at Little Valley, New York.

Politically Mr. Case has of late years been a prohibitionist.  Always a temperate man it is his boast that he never has tasted whisky or tobacco, and takes a just pride in his vigor which he attributes to his temperate habits, neither has he a son or grandson who uses either of them although he represents twenty-one male descendents.  In religions matters Mr. Case might be termed a "Free Thinker."  In reply to a question asking him regarding his belief in the future state, the following lines apply admirably.
When we do a good deed it is done to stay:
And though evil we do in another day
It taketh not that good away,
Nor can we to a saviour pray,
And wash our evil deeds away.
But each by their own full record must stand.
When the books are balanced
In the other land.

This is excellent info.  Some I had known parts of but not all.  I like the format the writer chose and it felt like reading history as it was being made!  Thank you 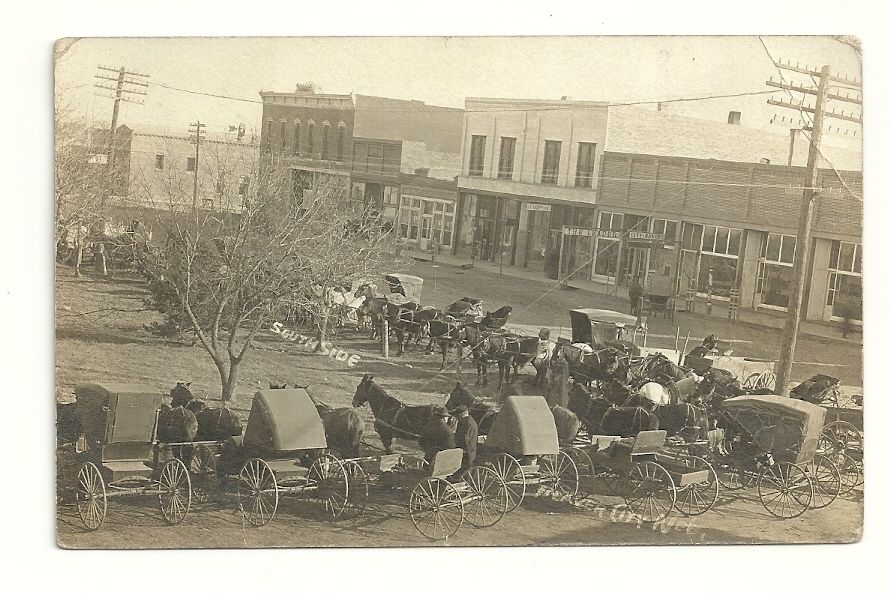 Thanks, Jan, history has the answer to the question on dating, and who manufactured the Spring Green razors and the North American knives. I'm waiting on approval to access to the 1870-80-s records at the state archives, most are still micro-film and not available online yet. The business directories would hold details and locations on the Case family business, hardware and cutlery dealers locally. Been watching for estate information also. I'm planning a trip out west in the future, and a day at the local library , would probably solve most of the unknowns. I would not be surprised , if the Case Bros. had more cutlery interests than presently known! No eureka moments yet, but sometimes, the info just falls in your lap!

Keep the info coming and good luck on the search.  Cant wait to see what falls in the lap next!

Permalink Reply by Rick Hooper on June 23, 2015 at 8:49
Thanks, I would like to see a Nebraska native or local collector pick up from here, and continue the research. I appreciate your efforts on this website, it is truly monumental! Jan Carter left a comment for Stanley May
9 hours ago

Jan Carter left a comment for Bill Stauffer
16 hours ago