John, any idea who may have made this knife or when? Measures just under 7" OAL.

The tang stamp is almost completely gone. Look like "F. NE---", The "F" is uncertain may be an "E" followed by a clear "NE". Nothing else. With the shape of the tang it doesn't like like there would be many more letters. 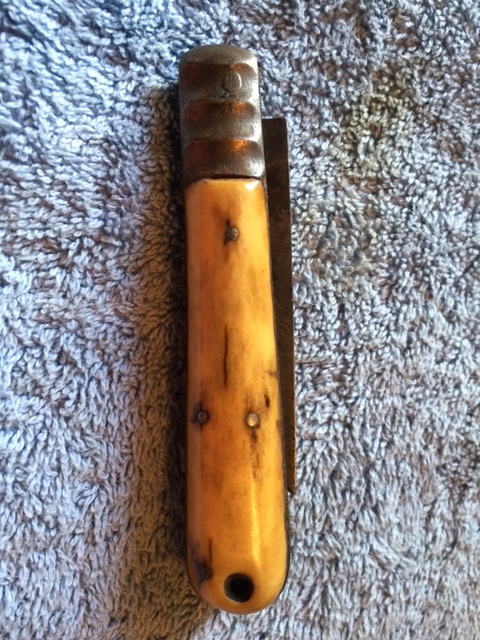 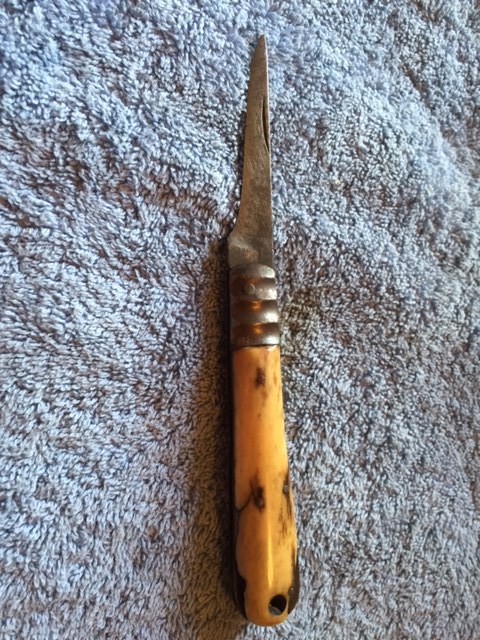 Michael- sorry for the late reply-Difficult if not impossible to narrow it down to one company,but I will give you my best guesses as to possible makers-

The following from Goin's Encyclopedia of Cutlery Markings-

Unfortunately, there are either no images of the above makers tang stamps or they do not match up in the references I  can find-- However, many makers change their tang stamps several times in there production years.

If I had to guess, Francis Newton would be my first pick-- As far as I know, they are still on business- As to dates on your knife, I would guestimate mid 1800's to early 1900's- Sorry, I can't substantiate your knife much more than that.

John, thank you for sharing your time and knowledge, I could imagine it may have once said F. Newton but I think that is all we might ever know. Not likely a "P" after looking again...the steel is at the same height of the tang between the horizontal bars of the "F"

Hard to tell in the photo but to the right of the tang photo...the darker area is raised so a longer name would be a tough fit.

Solid knife with a great feel and weight.

Appreciate the response...think this ones a keeper.