Was the groundhog wrong?

The groundhog said we would have six more weeks of winter.  But this is what it has looked like around here for almost a week now. 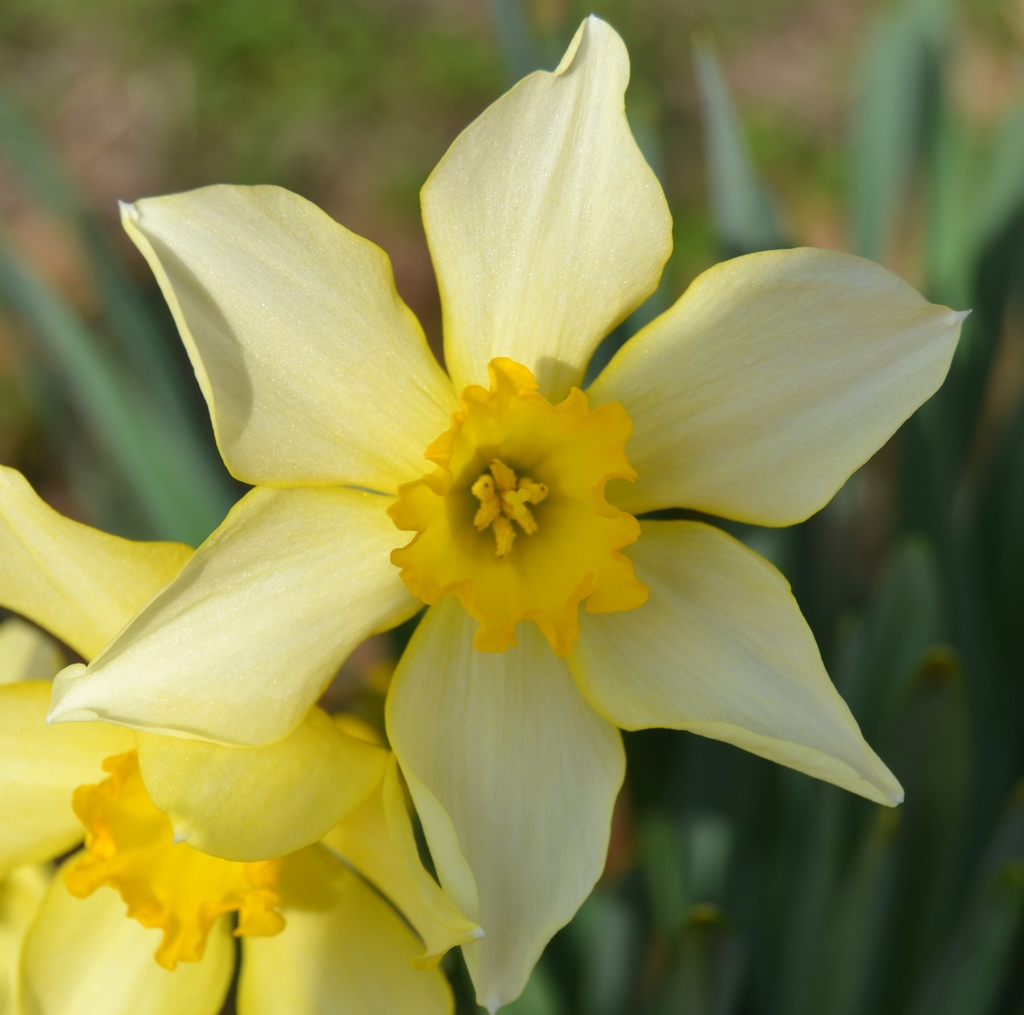 We look very similar here but we are about 10 days behind you.  One or two will bloom this week but by next week this time many of the daffodils and crocus will be bloomed and I will get some pics at that time

My weeping willows are budding out.

Not much else is greening up though .. yet.

Well I now have about 25 dafs and tulips in full bloom.  The dogwoods at the foot of the mountain are budding out but ours have yet to begin

Well I have to say when the groundhog said 6 more weeks of winter I did not expect he would rearrange the seasons.  Winter, Spring and then winter again was not something I was looking forward to, these pics were taken yesterday and this morning 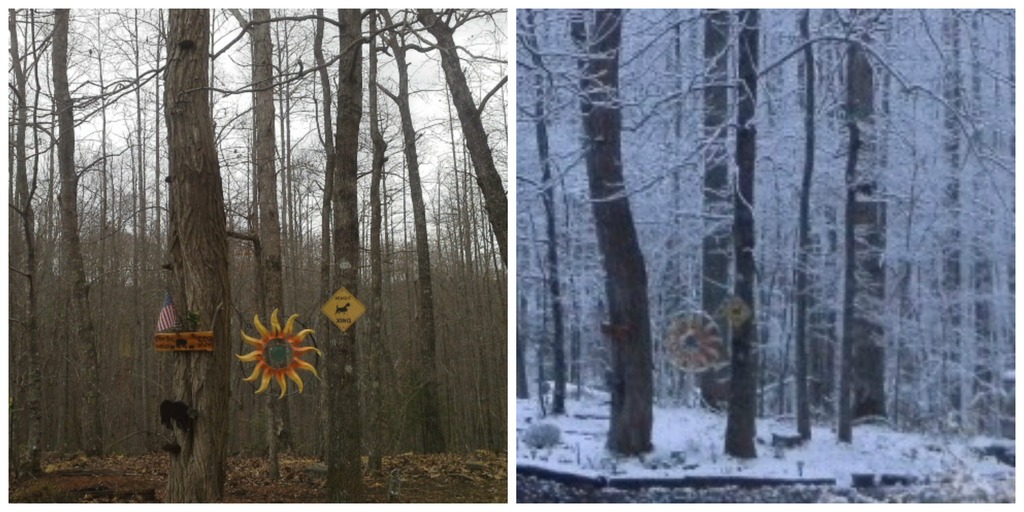 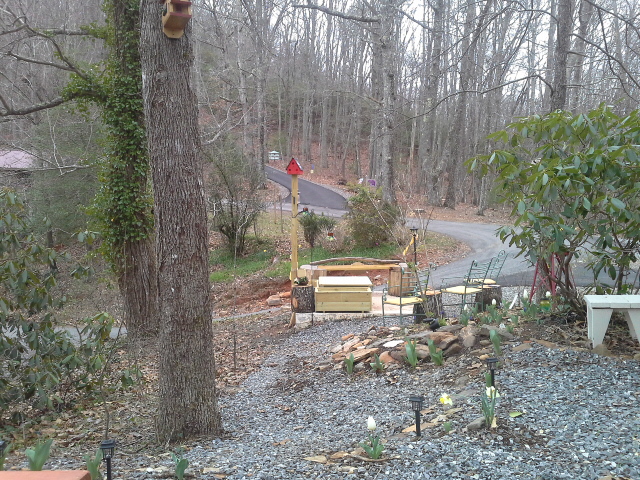 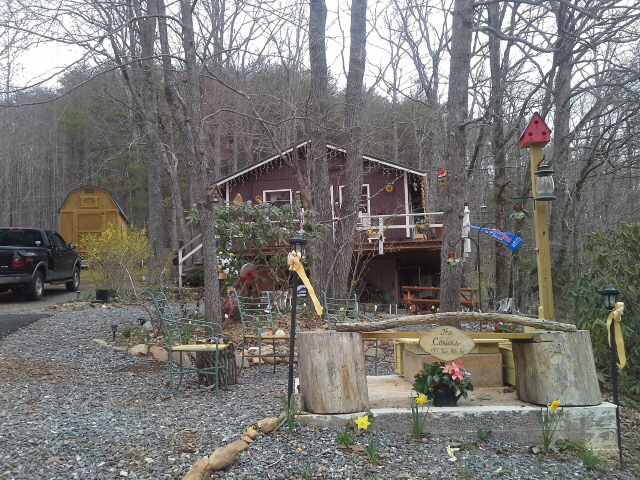 But the view this morning is quite different 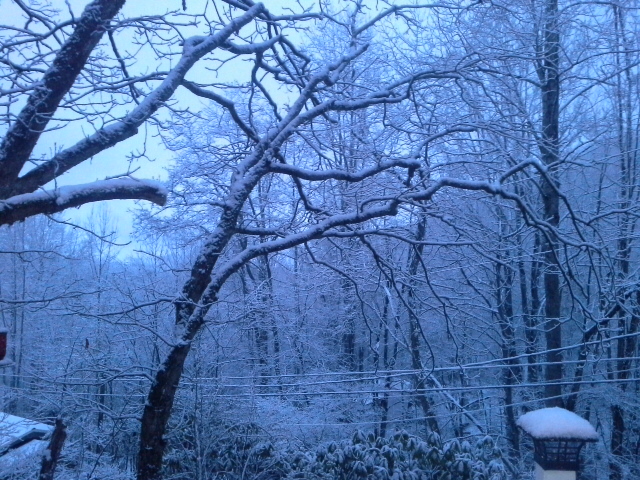 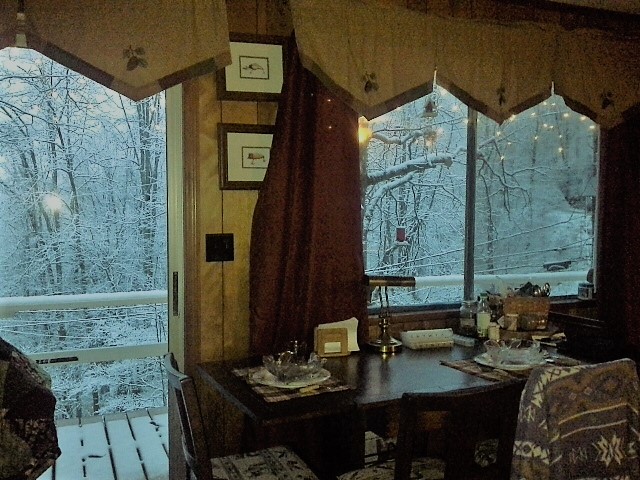 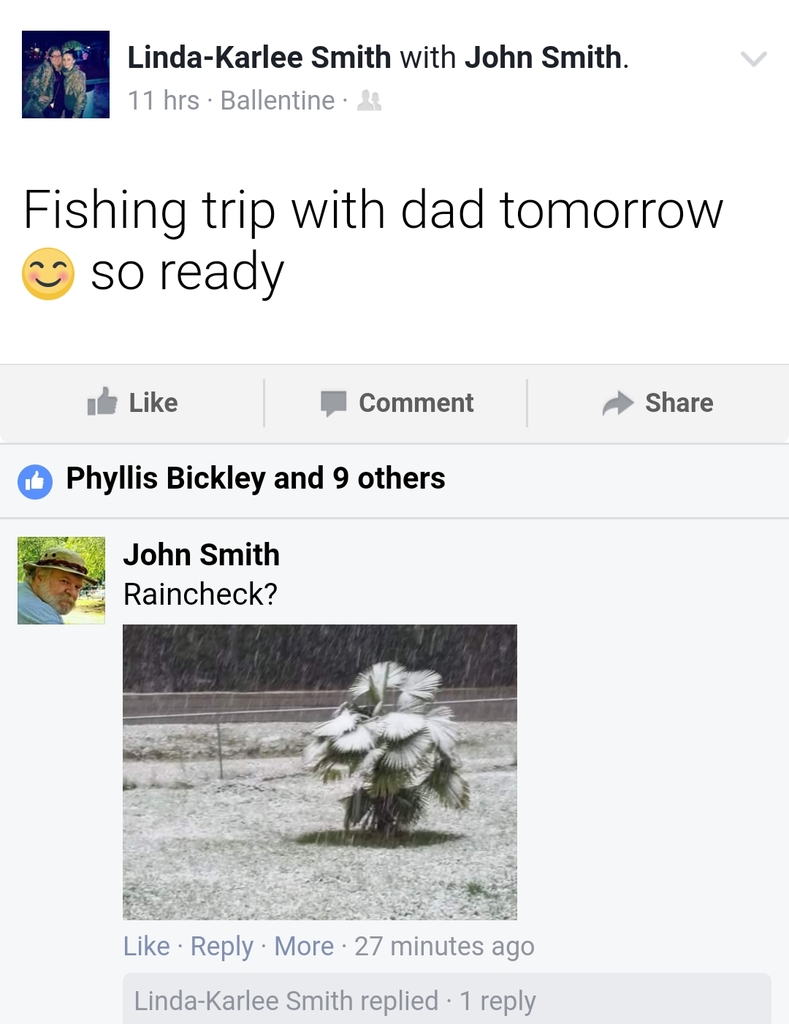 We ended up with a bit of snow on the ground here too yesterday.

The weather here transposed it's temp

It's a wonderful day in the neighborhood ...

It is, as Dale said a wonderful day in the neighborhood, just 6 hours later and all the snow is gone

I've seen weather pattern changes occurring in ways that is out of the usual even for Minnesota, & I'm only in my mid-40's.  20 years ago, we started reliably having January thaws, usually just a few days.  Those seem to be gone now, for the most part, but we've had what seemed like December in November & November in December.  This year, we had February & March apparently trade places.  And that's not good.

It's important when the cold comes & goes, because it's related to the moisture in the air & ultimately in the soils, as well as the streams & rivers, as well as our almost 15,000 lakes.

Take note of the species around you that you may or may not see anymore, both flora & fauna.  They're affected by these things immensely.  A species need not go completely extinct, or even extinct in a certain area, to cause disruptions by significant decreases in numbers -- & these decreases can lead to significant increases in other, less desirable species.

But it's also impacting people in very obvious, very direct ways.  We've had significant bouts of unemployment in many areas of out state Minnesota in places that rely on winter tourism (usually skiing, snowboarding, & snowmobiling).  Not just the employees of ski resorts or state parks, but also people who work in the hotels & the restaurants in these areas, have been laid off in droves simply because there was no snow to bring business to the area.  We've also had a number of low water levels in prominent lakes recently, & that has all sorts of impacts on the fish & other life in those bodies of water -- & predicatably also significant impacts on things like fishing, but also things like water use by the residents in those areas.

We'll have rather normal winters occasionally.  However, I don't recall many winters recently where the snow cover has been higher than usual, & most the snow cover has been lower than usual -- which means we are having less snow on average than in decades past, & that's not good for our mix of deciduous & coniferous forests.  If things change too quickly for the native plants & animals, they tend to disappear, not adapt, & the same can happen to us.

The Appalachian temperate rainforest is located in the southern Appalachian Mountains of the eastern U.S. About 351,500 square kilometers (135,000 square miles) of forest land is spread across southwestern Virginia, western North Carolina, northern Georgia, and eastern Tennessee

So yes, I live in a North American rainforest.  Last year and maybe even this year, if the rain trend continues, we will be in a severe drought at the end of summer and all of fall.  You all watched the fires in Gatlinburg last fall and while we were watching those, we were also watching the MANY surrounding us, most within a 6-10 miles range of us. It is scary but it is not unprecedented. According to USGS our reoccurance interval is 10-25 years, with a time frame of about 5 years at a time. Our most recent was 1999-2000 so YEP! we are due.

It changes the topography of the mountain because run off areas get rockfall and leaves, other organic material which build it up.  That means when the rains do come they have to forge a new path.  Trees fall or have to be taken down because they did not make it through.  We are still waiting to see how last years smoke covered month and lack of water has effected the trees and plants, we will know in just a few weeks.

While I am sure that humans effect this in many ways, this is a pattern seen for a couple hundred years.  Nature has a way of changing all by itself, it is a part of the big picture.  The world has remade itself a number of times, shifts on its own and  brings back what it will.

Thank God for global warming.  Otherwise we would still be in the ice age!

I believe .. you'll be surprised @ the resurgence of life. In some cases .. the canopy of treetops will be gone allowing for a higher level of light reaching the ground. Forms of plant life not typically seen will become evident. Only to be replaced in a couple years time with new life of other forms. In the longer term .. if left undisturbed .. the original forest will return. I believe .. a documented cycle. It will indeed be interesting.

We are still waiting to see how last years smoke covered month and lack of water has effected the trees and plants, we will know in just a few weeks.

Jan Carter left a comment for jim buda
14 hours ago

Jan Carter left a comment for Alex Ruvinsky
17 hours ago