What are you carrying today? Your EDC?

We have a great group "EDC Club" and has a lot of good topics, but no place really to post your EDC. And you have to be a member of that club to post on that group. I have been using a couple of posts in that group for my EDC's but does not relate to the topic.

SO - how about an ongoing Discussion with pictures of what you are carrying today?.

What are your favorite EDC's?   What is your EDC lineup?

This will be for all IKC members, not just members of the EDC group.

So Post those Everyday Carrys and show us what you are carrying today.

Update on the Garrett Wade Canoe I got in February. Two for $26.35 or $13.18 each.  Garrett Wade still has this knife on sale for the same price.  So, how is my $13.00 knife performing.  Still not Spring here so mostly the knife has been used for cutting some light cardboard, and those plastic bags that LL Bean and others use to ship soft stuff in; reinforced paper tape on shipping boxes, and the like.  Those bags will let you know right away if your knife is sharp because they cut a jagged line if your knife is a little dull.

I did have to re-profile near the tip of the main blade because the person giving it the factory sharpening wasn't as careful as he/she should have been.  If you have ever attended a W.R. Case event and watched the guy who sharpens your knife for free, he needs to be very steady to get it done correctly on the belt sander.

LOL, you are so right about spending the day working the edge of lesser steel.  I myself have done it !  I am glad this one is working out for you, it is a good looking knife and surely the price is right for an EDC

These days I frequently carry this Boker distributed, Manly Comrade made in Bulgaria.  Has DIN 1.2379 (AISI D2) blade steel.  Pocket clip on the other side.

It's a slipjoint with 3 "half stops".  Very unique action. The first two stops allow you to get the blade out far enough to get a good handle on it, because that last step is very stiff. Very nicely made.  Works like a champ.  Love the action and the blade shape.  Recommended.

That is a sweet looking Boker!

My EDC are two knives, a SAK and a Lighting OTF. 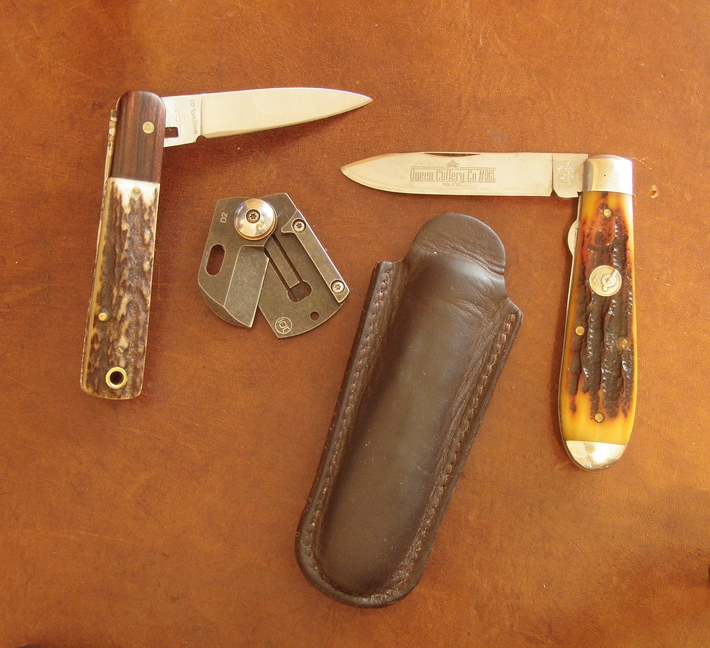 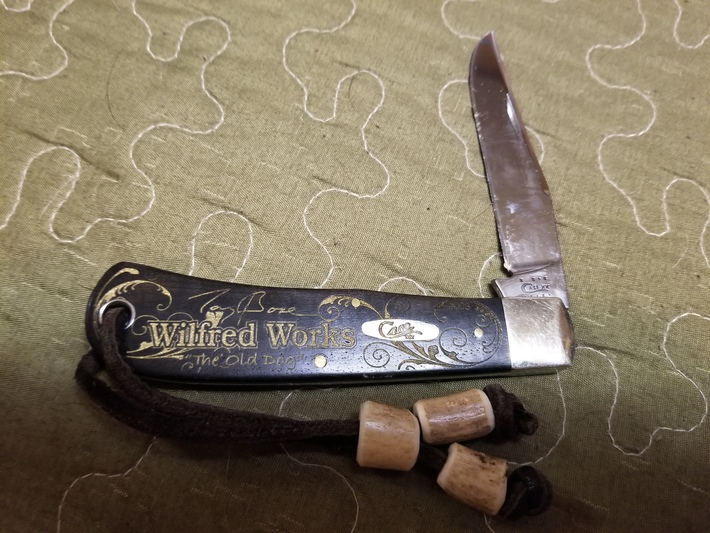 LOL< should have cleaned the sawdust off.  The blade is fine really

I carry either a Kershaw 'blur or a Zt 0801 and use a side sheath. I just recently got a

Jim Stoddard left a comment for Charles Sample
5 hours ago

Jim Stoddard left a comment for Jeremy B. Buchanan
5 hours ago

FeaturedCharles Sample left a comment for Jim Stoddard
5 hours ago

Ken Mundhenk left a comment for Ralph Nelson
5 hours ago

FeaturedJeremy B. Buchanan left a comment for Jim Stoddard
6 hours ago

M Neil left a comment for Jan Carter
6 hours ago

M Neil left a comment for Charles Sample
6 hours ago

FeaturedJeremy B. Buchanan left a comment for Ralph Nelson
11 hours ago