Sometimes I buy them just for the tang stamp...

...and sometimes, it's because I've been looking for one for years!

Like this late 1920s slant bolster jack knife shown in the center. 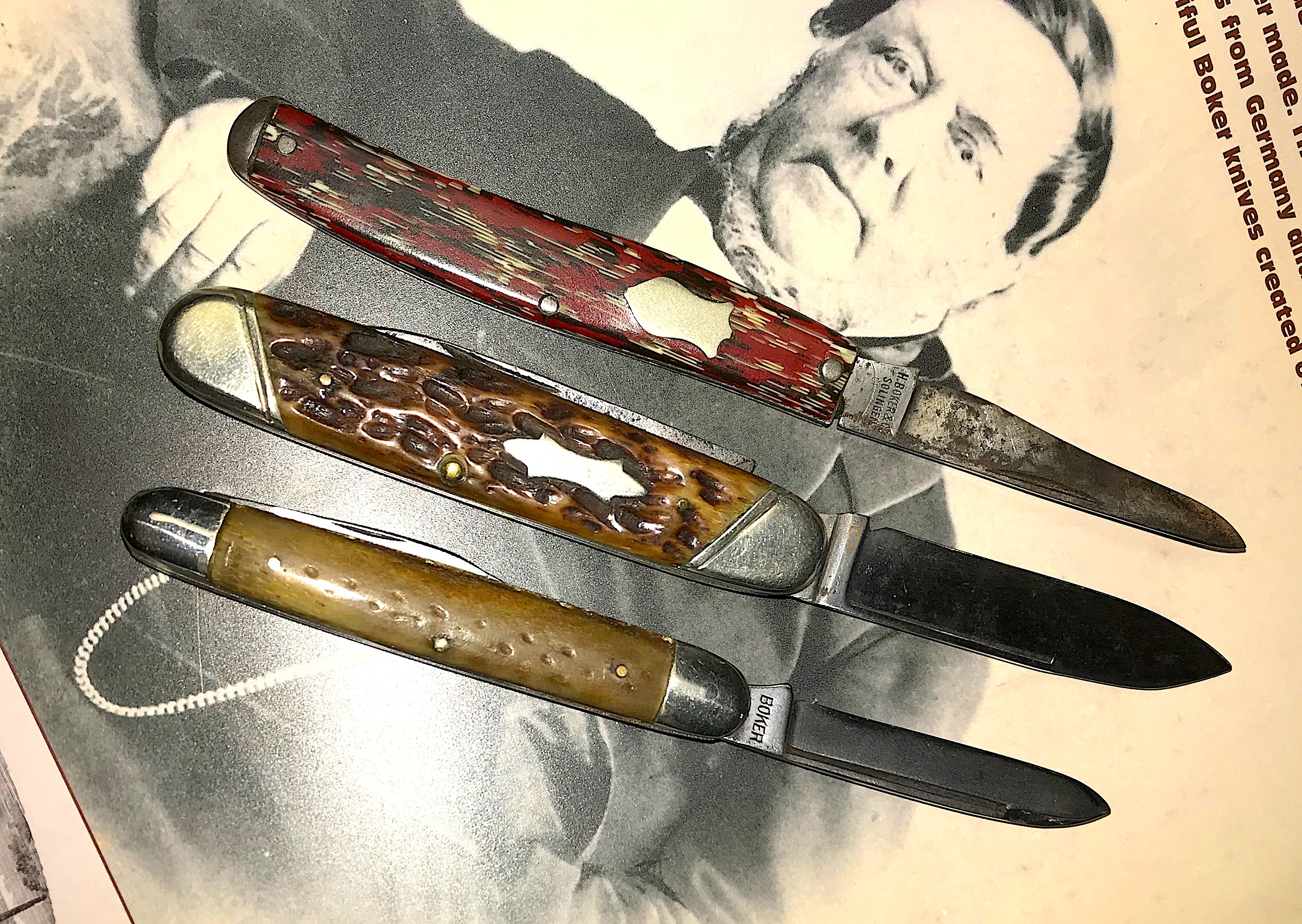 The tang stamps are cool though. On the top knife, you can see how dark the tang stamp is - that means it was struck before heat treatment. "GERMANY" is a lighter color, and I think it was cold stamped after heat treatment. To me, this means this knife was probably one of the first knives imported into the U.S. by Boker after the 1891 Tarriff.

The middle 1920s knife has the H.BOKER&CO'S/IMPROVED/CUTLERY stamp, but someone ground or filed it away! The TREE on the back side is still there. Why would someone do this? I think it was some American patriot who liked Boker knives but did not want a German company tang stamp on his knife. So in the years leading up to, or during WW2, he "modified" the tang stamp. I've heard this was done, but this is the first I've actually seen in person! 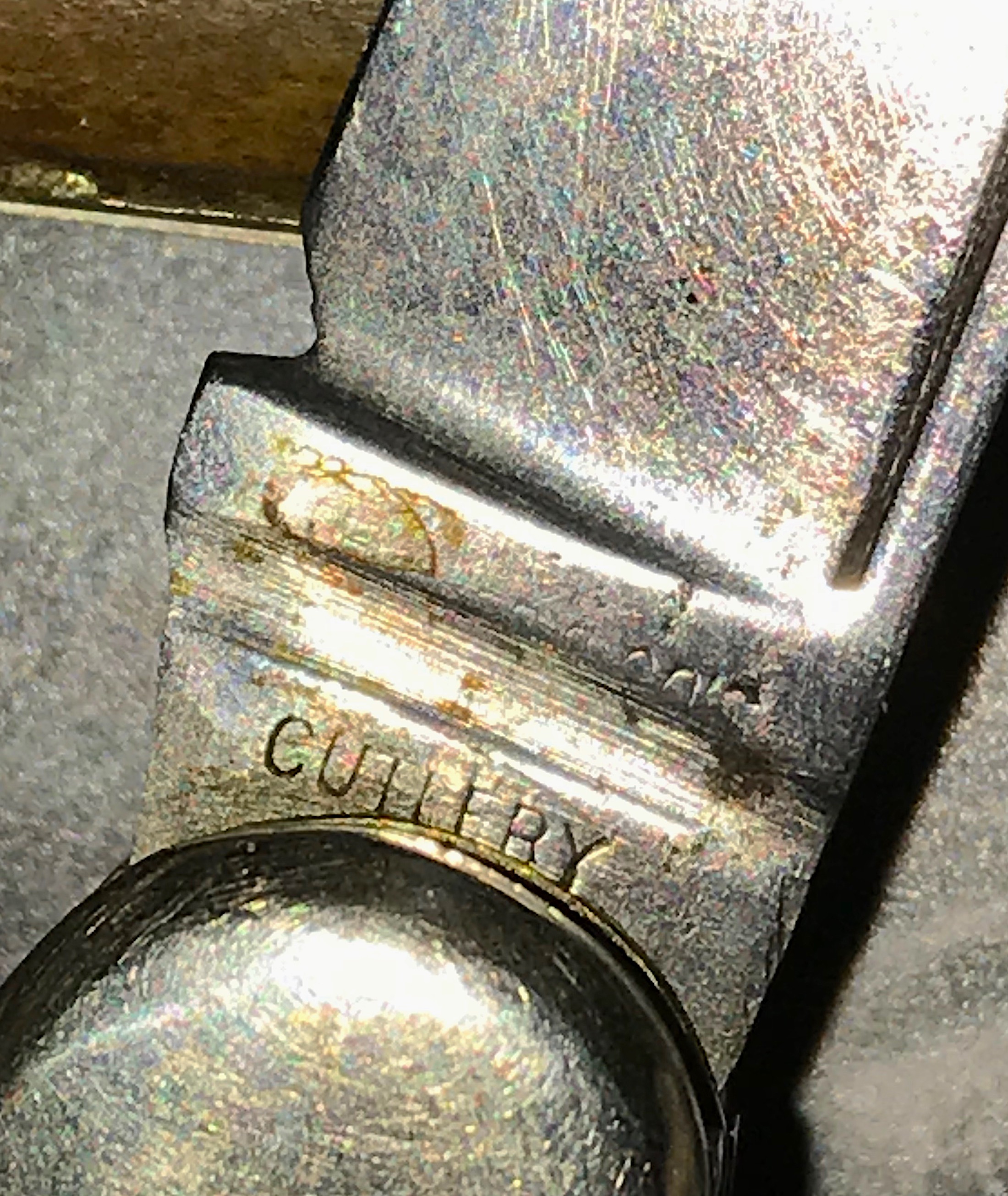 The bottom knife is from the mid to late 1930s. This is the block BOKER stamp that preceded the BOKER/USA stamp. 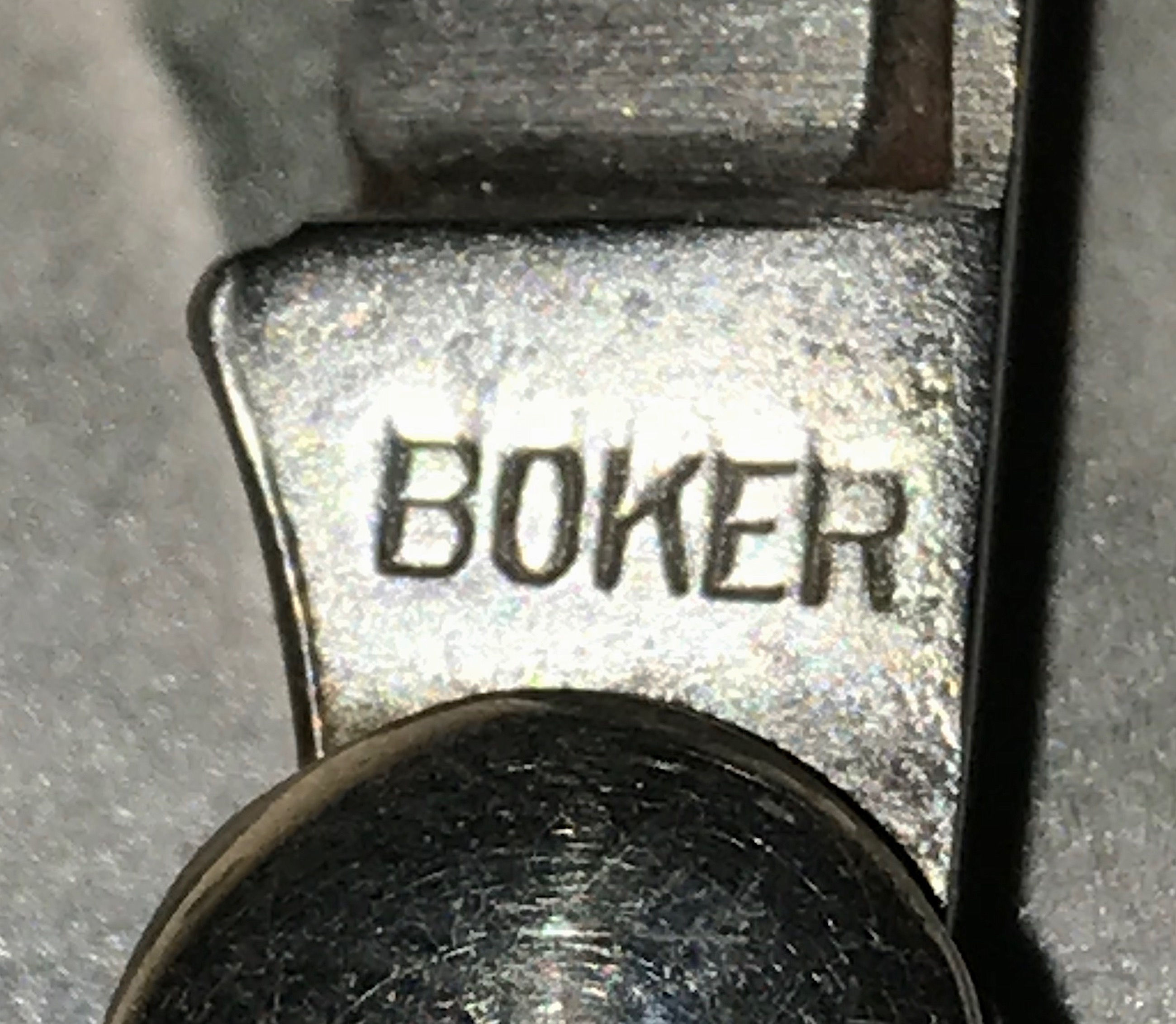 Just wanted to add: I know sometimes knife companies will grind away their logo on knives with manufacturing defects, but I think if that were the case, Boker would have eliminated the TREE stamp also.

Forgot to add the pattern number: 9463. Just like this one from a 1928 hardware store catalog. 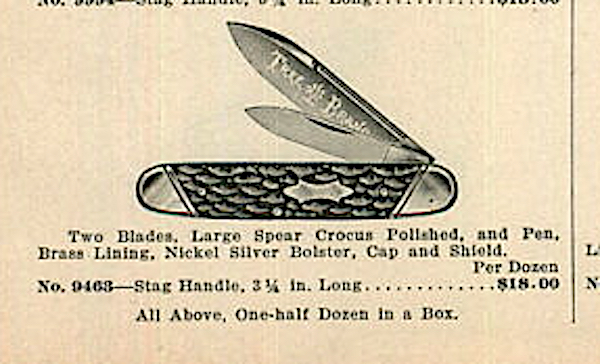 I have some factory seconds, though this is the only picture of one that I can find at the moment. None of the ones I own or have seen ever had the tree stamp ground off though. Also, I have never heard of people actually grinding off the tang stamps for personal reasons. That's not to say that it never happened; I just have never heard that before. 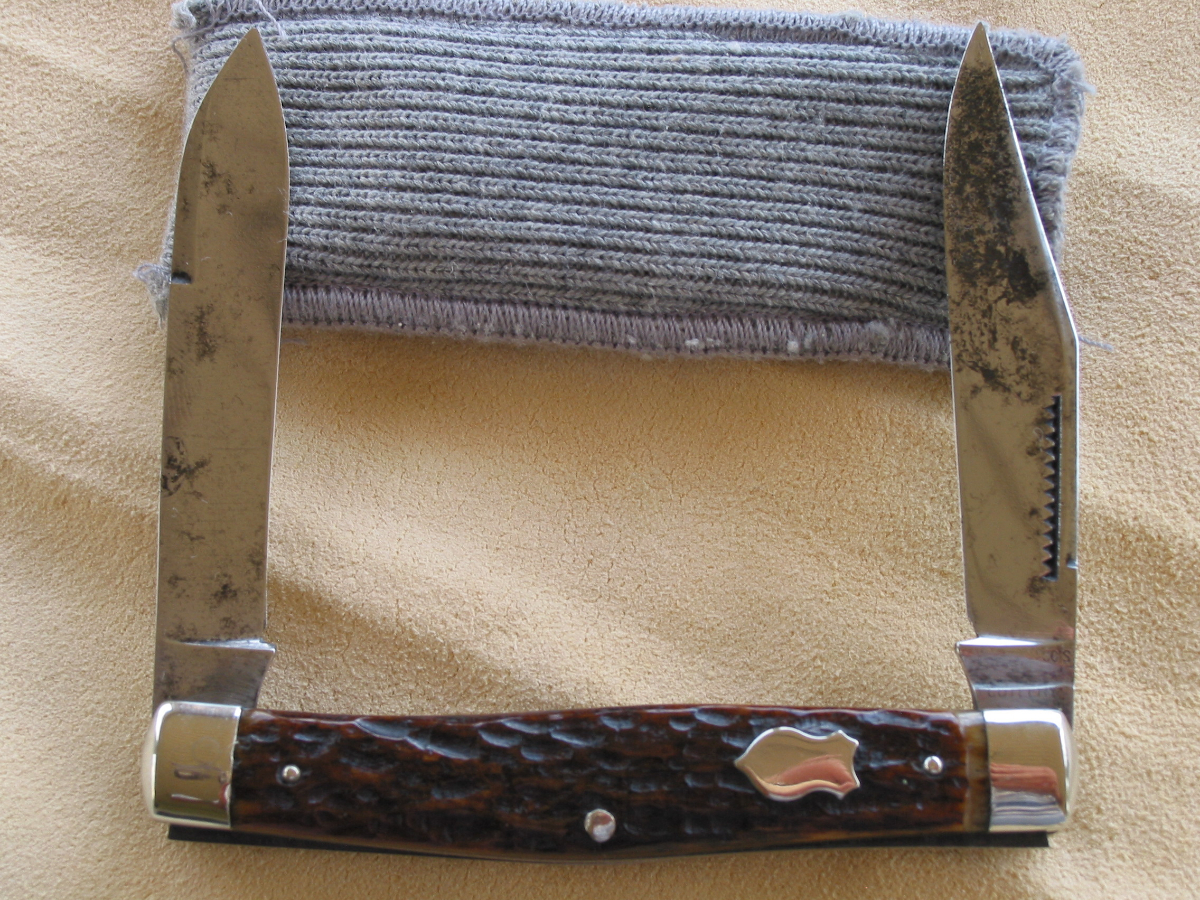 And the Tree still remains?

Perhaps it is a factory second after all!

Thanks for sharing that!

Yep. The tree stamp is still on this one.

One of the first hooks for me in knife collecting was different tangs and different shields on the same style knife.  I am a tang stamp junkie even today!

Marking a "2cnd" rarely requires elimination of an entire stamp. Others are merely "marked" as seconds. For instance .. Daniels Family Queen's 2cnds were etched "EDC" on the blade .. A.G. Russell placed an indelible mark on the ricasso  .. etc. Some 2cnd's marks are known .. others are not. I'd inquire with a real BOKER aficionado.

Haha, if Roger Russell says it, that's good enough for me! When it comes to pre-war Bokers, he is as real as it gets.

John Bamford left a comment for Christopher Noland
1 hour ago

J.J. Smith III left a comment for AKcowgirl
16 hours ago