As I am seeing the knife with the old Cattaraugus handles posted Donna and I were thinking about how we found them. I had to go get mine and look it over again!!! I just shipped out the knives for the handles to Queen today. 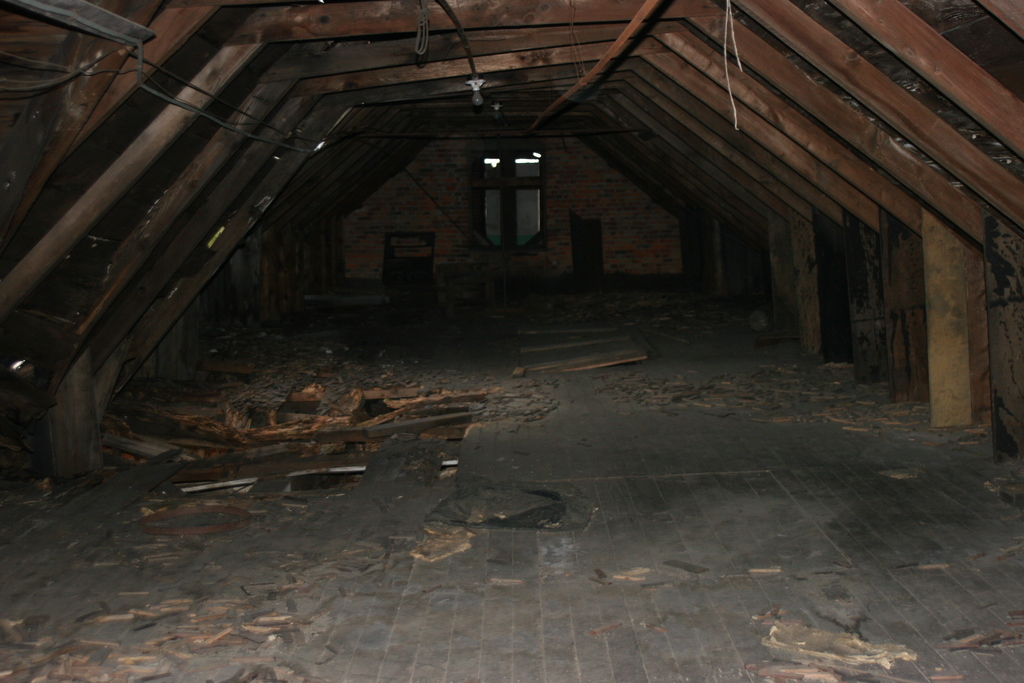 Permalink Reply by Jan Carter on July 6, 2013 at 12:31
Salvaged Rosewood from the Old Cattaraugus Factory Building in Litt...


(from the JBF Site http://www.jbfchamplin.com/)


This Teardrop Jack is 1 of 5 knives that were handled with old rosewood that was salvaged from a long forgotten attic in the factory.

This is how the factory building looked in September of 2005.  These days it is literally falling in on it’s self.

Derek Smith has had the ambition for many years to preserve and share a piece of cutlery history by creating new knives handled with old wood from the factory.  Originally he had the idea that there might be some hardwood flooring in the building or perhaps parts of the structure might be made of oak or maple. It was his hope to find something appropriate that could be salvaged, stabilized and used.

With permission from the building owners who are from Little Valley,  Michael and his close friend Donna Broce ventured into the derelict building on several occasions to see if they could discover anything that might be usable.

I suppose everyone has heard the term “labor of love”, and it is a bit of a cliche’, but there doesn’t seem to be better phrase to use to describe the work that has gone into the recent formation of JBF Champlin and Sons Cutlery.

Spurred by the same passion for quality cutlery that drove JBF Champlin to start his original company, Mike and Derek were inspired to honor the skill and craftsmanship of the past by recreating old patterns. One of the steps in the process of deciding on which pattern to make, handle material, etc. was a trip to the old Cattaraugas Cutlery Co. factory in Little Valley NY that JBF Champlin established in the late 1800s.

I had received many “history lessons” from Mike on how and where the company was started and I was amazed the building was still there. For me, it was a priviledge to be able to go into the factory that JBF used to walk into each day. Even though the building has been empty for years and has been used for multiple purposes since it’s days as a cutlery ended in the 1960′s, it was easy to imagine the sounds and smells of it’s original function.

As we went up a set of steps, I could hear the footfalls of men climbing those stairs, headed for their work stations. Some probably trudging through another day just to put food on the table, others needing to make a living but also loving what they were doing, thinking about what could be created next.

I can’t say we had high hopes of finding any remnant of the cutlery business the day we walked in. To say the place is in a state of disrepair would be an extreme understatement. It is, literally, caving in on itself. It is big, bigger than it appears from the front because so much of it is built onto the back as well as a basement level. Many sections of the roof have caved in, taking walls down with it and as the rain and snow has come in, nature is starting to reclaim the wood and brick, moss eating away at the mortar and vines and trees sprouting up, winding around whatever they can get a grip on.

We made our way through each floor of the building, the sounds of water dripping from saturated ceilings and wind whipping loose pieces of debris around, echoed through the whole place; the smell of a building that is rotting clung to us and the small hopes we had of finding something cutlery related got smaller.

After about an hour we were standing near a moss covered wall, the floor was covered with a thick layer of soaking wet debris. The roof had collapsed over that section, bringing down with it a section of the attic and the wall below.

I will confess that we realized, pretty early on, that some of the “debris” we were sorting through was actually some kind of animal feces. I don’t know what creatures roam through that place in the night, but there was enough evidence of their existence left behind to know there are regular visitors in there! But neither of us really cared, to find something like that, that the Cattaraugas workers had actually had their hands on, was like a miracle!

I don’t know who had the next thought first, but we both had the same idea: it appeared the handles had fallen down from the attic area when the roof above collapsed, that’s why they were mingled in with the debris. We found the trap door in the ceiling that led to the attic area, but it was 12 feet up and there was no ladder to be found. We left the factory with a small bucket of the handles that were dry and in good condition, and the hopes that we could come back and get into that attic!!

We were fortunate, the owner of the building allowed us to return. Again we made the five hour drive, hauling a large folding ladder, buckets, rubber gloves and a rake.Of course our hope was that there would be a stash of knife handles in that attic, but we had to acknowledge the very real possibility that after 49 years the chances of there being anything left up there at all were pretty slim.

The place had been used as a window manufacturer, auto parts maker, and an auction house, among other things, so how could anything but a few handles survive? I couldn’t wait to get up the ladder and see what was there, it was as exciting as Christmas morning! We finally got everything hauled into the building, up the steps, and managed to figure out the ladder. Mike went up first and the floor held so  I followed.

There were no tables or benches up there, no work stations or chairs, and the only light came from the gaping whole in one wall and the roof. But then we could see, along the eave, tucked between the beams, there were piles of dry, perfectly cut knife handles.

The type of wood used for the handles varied, and again, there was ample evidence that many animals make the place their home and feeding grounds, but they were in excellent condition! The only problem now was we didn’t have enough containers to carry them! We also needed an efficient way to get them from the attic down to the next floor. Carrying them down the ladder was not an appealing prospect. Again we left the building with the hopes that we could return.

Again we were fortunate that the owner allowed us to go back. And yes, again we drove the five hours loaded with the ladder, buckets, rubber gloves, dust masks and large totes to put the handles in.

We set out at 6am and arrived at the factory around 11am. We hauled our gear into the building, up the steps, up the ladder and into the attic once again. Finally we were adequately prepared and had the right tools for the job. We raked the handles into piles (trying to sift out dirt, dust, and feces as we went) and shoveled them into buckets. Even with the masks on the dust was so thick it found it’s way through, making both of us cough and sneeze periodically.

When we filled the buckets I went to the bottom of the ladder and Mike lowered them down on bungee cords linked together. I emptied the buckets into the totes, sent the bucket back up, and we repeated the process until we had all of our totes full.

Then it was time to carry it all out, down the steps and into the car. It was exhausting, and took about 3 hours on that last trip, including some time to get some pics, and then it was time for the long trip home.

But it was more than worth it. The handles would not go to waste, they would be used for their intended purpose. Not only would they end up being part of a finely crafted, American made piece of cutlery, but they would serve to honor and preserve the legacy of JBF Champlin and Cattaraugus Cutlery Co.  They would end up in the hands of someone who would truly appreciate their historical value and be reminded of the roots of today’s cutlery companies.

That is a super story and an amazing experience. Wish I could have been with Mike and Derek.

No, Mike, I can't. That would be a long drive - about 8 hrs. And our Kids will be returning to Texas that weekend so I better stay and see them off. If it was a normal weekend for me, I would love to come and stay over. I need to get more interested in Queen Cutlery.

I love this story! Thank you Donna, Mike and Derek for preserving those last remnants of the iconic Cattaraugus brand. And for making a piece of that history available to us! You guys absolutely rock!

I just reviewed the pics again and I am again saddened by the demise of this great cutlery factory. But glad that you guys are making something out of some of its history. I remain a great fan of Cattaraugus Knives.