The Story of KA-BAR 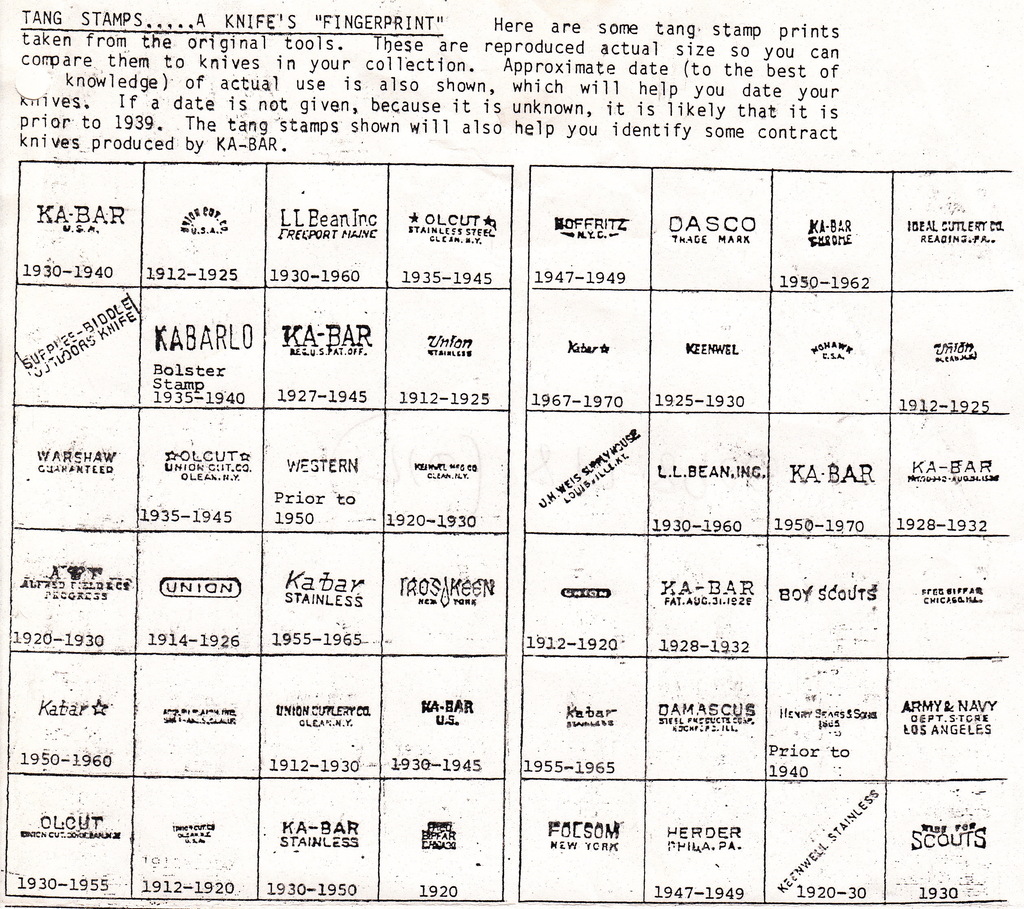 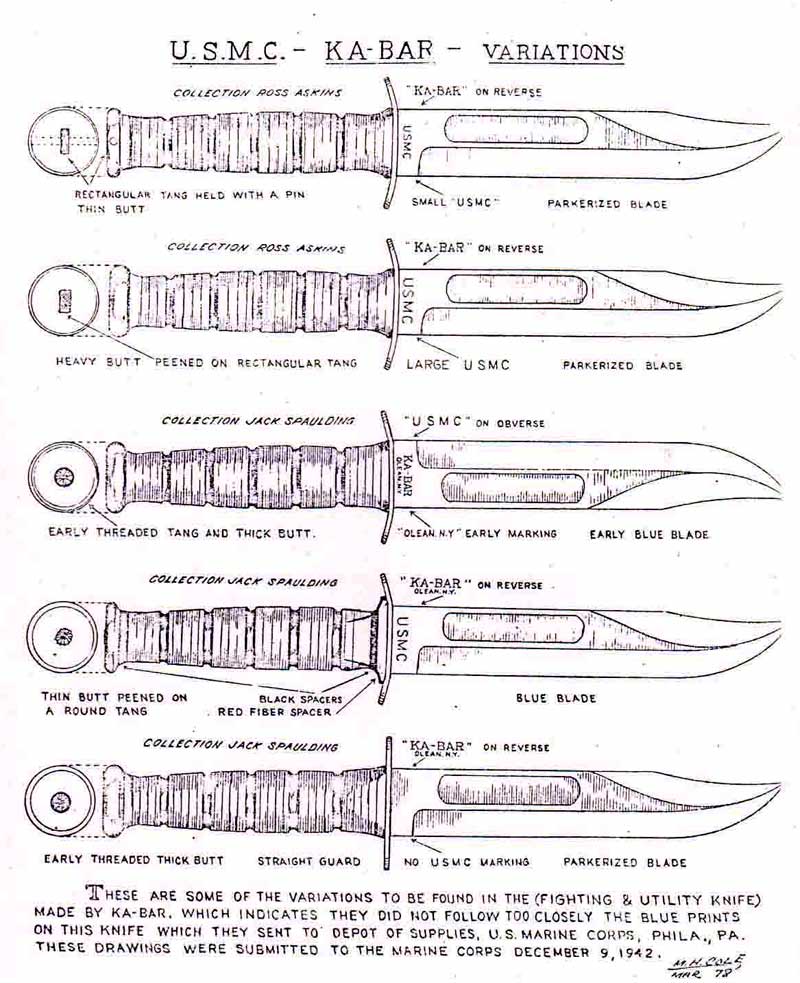 Manufacturers and the "Ka-Bar" name[edit]

Camillus Cutlery Co., the first manufacturer to supply the Ka-Bar Combat Knife under contract, also produced the largest number of such knives, producing over 1 million examples marked "Camillus.N.Y." on the knife's crossguard before the war ended.[2] Besides Camillus, the Union Cutlery Co., Robeson (ShurEdge) Cutlery Co., and the PAL Cutlery Co. all produced the Ka-Bar knife under military contract during World War II.[27]

After the end of World War II, Utica Cutlery Co., Conetta Cutlery Co., Camillus Cutlery Co., and (beginning around 1980) the Ontario Knife Co. all produced the Ka-Bar under contract for the U.S. military.[2] From approximately 1945-1952, Weske Cutlery Co. of Sandusky, Ohio purchased leftover and overrun parts from wartime Ka-Bar knife contractors and assembled them into knives for commercial sale, polishing out the original manufacturer and military markings, and fitting them with ungrooved leather handles.[28] Though W.R. Case made two prototype Ka-Bar knives as part of a contract submission in 1942-43, no contract was ever awarded to Case for the production of military Ka-Bar Combat/Fighting Utility knives, either during or after World War II. In 1992, Case would release a modern commemorative of these prototypes, the Case XX USMC Fighting Utility Knife. The Case XX USMC Fighting Utility knife is actually manufactured for Case by Ontario Knife Co[citation needed].

"KA-BAR" was a trademark of one of the four wartime manufacturers, Union Cutlery Co. and had been used on several of their previous knives since 1923.[5][6] They stamped this trademark on the ricasso of all the Mark 2 knives they produced - and were second only to Camillus in terms of production, producing about 1 million knives during the wartime contract.[2] Marines as early as 1944 began universally referring to their new combat knife as the "KA-BAR", regardless of manufacturer.[23][29] The popular designation of the knife may also have resulted from contact with Marine Corps close combat instructors in San Diego, who appear to have used the term Ka-Bar when training recruits in the skill of knife fighting.[23]

From 1923 until 1952, KA-BAR remained a legal trademark of Union Cutlery Company. However, in 1952 Union Cutlery renamed itself Ka-Bar Cutlery Inc. in order to capitalize on widespread public recognition of the name and trademark, which had by then become synonymous with the Mark 2 Combat Knife.[2] While the company name changed, Ka-Bar, Inc.'s headquarters are still located in Olean, New York. In 1996, Cutco Corporation, manufacturer of Cutco Cutlery, acquired the company.[30]