The last trip up to the new house we got up there early in the morning, sat on the porch and listened to the turkeys talk.  Later that evening when we went back up a large buck was standing across the street from our drive!  Neither of us hunts any longer but we do want to be able to see what is around us.

I have never set up a trail cam before so I thought I would ask here for some help.  What type, where, how, ect.  Thanks ya'll

Jan, Trail Cameras are loads of fun and kinda a hobby for Joyce and me. Its the next best thing to hunting and seeing game with the eye. The different kinds of animals are exciting to see. We especially like the big bucks and the Coyotes. And then of course the mystery animals that you didn't think were around. You remember my "cloud" pic, which is still not solved.

I have two cameras: an MPE5 Covert, which can be bought thru Amazon.com for about $99. But the one I use 24 hours a day, thru the whole year is a Wildgame camera I bought at Dick's, for I think about $79 and it came with SD card and all the batteries..

You and Donnie will greatly enjoy a trail camera, its hunting without the blood and guts. Its great fun.

I bought one for my wife years ago. They are a lot of fun. I don't use one to hunt though. I may put it up before the season opens but then take it down when the season starts. I learned to read deer sign when I was young and prefer it when hunting. I only have the one I bought her and don't remember the brand. It has a removable memory card, that can be put in a camera or the computer to see pictures. I believe this is the best kind.

Going to take a look at that wildgame from Dicks.  As for hunting without the blood and guts, I never quite understood it when he did hunt.  We always gave away the meat because he doesnt eat game LOL.  So it was always, hunt, clean, butcher and package.  Then find someone to give it to.

We love to eat wild game. If you want to donate it to the needy there's always a lot of needy people. They will bless you for it. If you want to try eating it again I could give you a few recipes.

I love it also Robert with venison chili being on the top of my list!  Donnie however has only ever liked quail

That's something, Quail were my farther and grand fathers favorite, while it's not top on my list. My wife use to love venison chili. She use to cook it all the time.

Just got some news on new ones from Blade online

Check out some of this year’s new models of game cameras to see if any fit your needs: 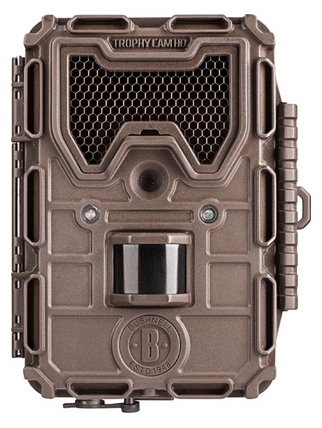 With the new hyper passive infrared sensor (PIR), Bushnell has increased the detection range to 80 feet. Trigger speed has been reduced to only 0.2 seconds with a 1-second recovery time to ensure quality centered images. In addition to an expanded detection range, the PIR can be set to auto so that the sensitivity of the sensor is automatically adjusted according to the ambient temperature, resulting in less false triggers. 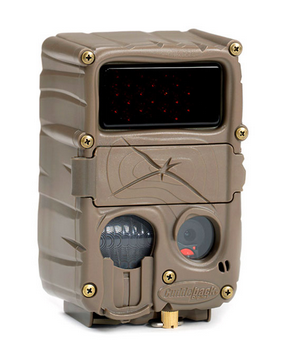 Cuddeback Black Flash E3
Cuddeback Black Flash® model E3 trail camera is the best Cuddeback no-glow IR camera ever – and at $150 it is the lowest price Cuddeback ever! It features Cuddeback’s world’s fastest 1/4 second trigger speed which means you’ll get more images with animals and fewer blanks. A new compact “micro” housing is ergonomic and handy.

Black Flash technology means no visible inferred flash for animals (or humans) to see and over 2 watts of IR illumination power for a flash range of over 50 ft. Correctly exposed IR images offer stunning clarity and minimal motion blur whether animals are close or distant. 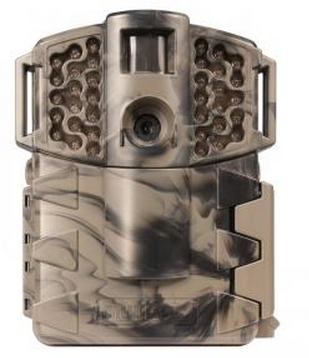 Moultrie A-7i
The all new Moultrie A-7i from Moultrie Products has all the key features an avid deer hunter needs in a game camera, with the ability to capture images of even the most skittish bucks in the woods. At a price that’s hard to beat, the A-7i will be an instant must-have for both new and previous Moultrie game camera users alike.

Built on the platform of Moultrie’s best-selling A-5 game camera, the A-7i is now the lowest priced, iNVISIBLE flash camera in the Moultrie family. With black LED’s for imperceptible flash operation, this camera was developed specifically to be utilized in any scouting situation without alerting prey. With the rugged new look of the entire Moultrie lineup, the A-7i includes a functional LED array design for better break up and concealment in the woods and improvements in weather resistance and reliability.

Additional improvements in the Moultrie A-7i include reduced detection delay time for optimal image capture and a 3 image multi-shot capability that ensure you capture that perfect shot. Like the updated A-5, the A-7i operates on AA batteries with long-lasting life in the field. The Moultrie A-7i has an MSRP of $114.99. 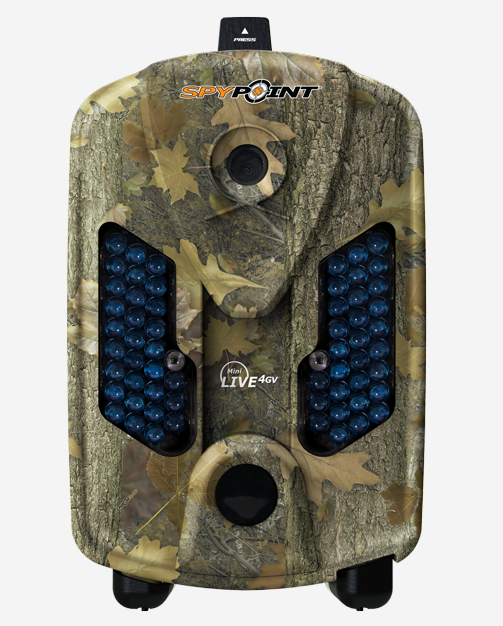 Spypoint Mini Live 4GV
Now available in the United-States, the MINI-LIVE-4GV cellular camera wirelessly sends photos via the 4G (EV-DO) cellular network on the mySPYPOINT server. Wherever there is an internet access: computer, cell phone, tablet, it’s easy to quickly view all the photos taken by the camera. Not having to go on your hunting site (keeping it undisturbed) to see you photos, you will therefore save time and money.

The mySPYPOINT online management service also allows you to organize your photos, change the settings of the camera and get the camera status: signal strength, battery level, used memory space of the SD card, used data quota, etc. In case of theft, it is possible to know the location of the camera with GPS coordinates. This camera does not require a SIM card. 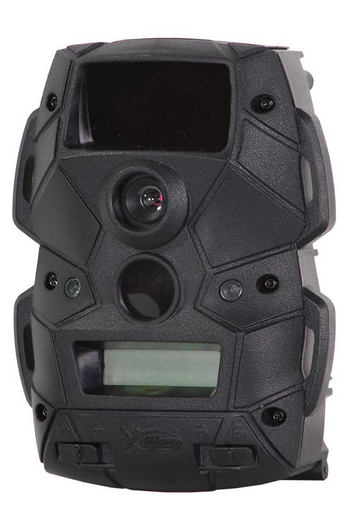 Wildgame K Series Cloak
A high-quality digital scouting camera with all the top features is a must for serious hunters.

There’s a common dominator among deer hunters who consistently take big bucks. They use trail cameras to inventory, track and pattern a particular deer.

For hunters who learn to utilize trail cameras effectively, there is no technology or hunting technique that comes close to the effectiveness of game cameras in helping them score on big bucks.

The Infrared features of both of the new Cloak 4 cameras make them less detectable to trespassers, cutting down on the possibility of theft. The K Series Cloak 4 LIGHTSOUT also features Wildgame Innovations’ trademarked FlexTime+ Time Lapse Technology, and the ability for Wild Angle 16:9 aspect ratio.

Jan, I have never owned a trail camera, but my nephew up the road from me has one he uses all the time. He gets a lot of interesting pics, deer, bear, bobcats, fox, coyote, squirrels, etc. He seen a nice buck on it this past fall many times but has never seen it during the day. It is still around after hunting season though. I may check into one sometime this year also. He had to put his up high though because a bear destroyed his first one. They tend to spot them and like to gnaw on them. I told him they just don't like their picture took!

LOL Bob.  Yes we all know Bears are shy

Thats for the tip on up high though.  I do not want to have to buy more than one LOL