Character is defined as: originality of a person's nature, the quality of being an individual, just to name a few.

Is there a person from cutlery history that stands out to you and what is it about this person that is memorable to you?

It's the Case Brothers.

Even though they are painted as slicks in Brad's Book- The Case Dynasty, I like them.

Why do I say that?

Well, for several reasons- they did a joint venture with Gold Cross Coffee to promote their knives to coffee buyers. Plus, they invented/created a standard for their company their competitors couldn't use- and it was easily recognizable. It was the TESTED XX standard. In fact, it was so valuable W R Case bought it from them (or took it from them, whichever way you want to look at it.)

Read this ad for a better flavor of the marketing savviness. Taken from Harvey Platts Book- Knife Makers Who Went West. It is my favorite ad of all! 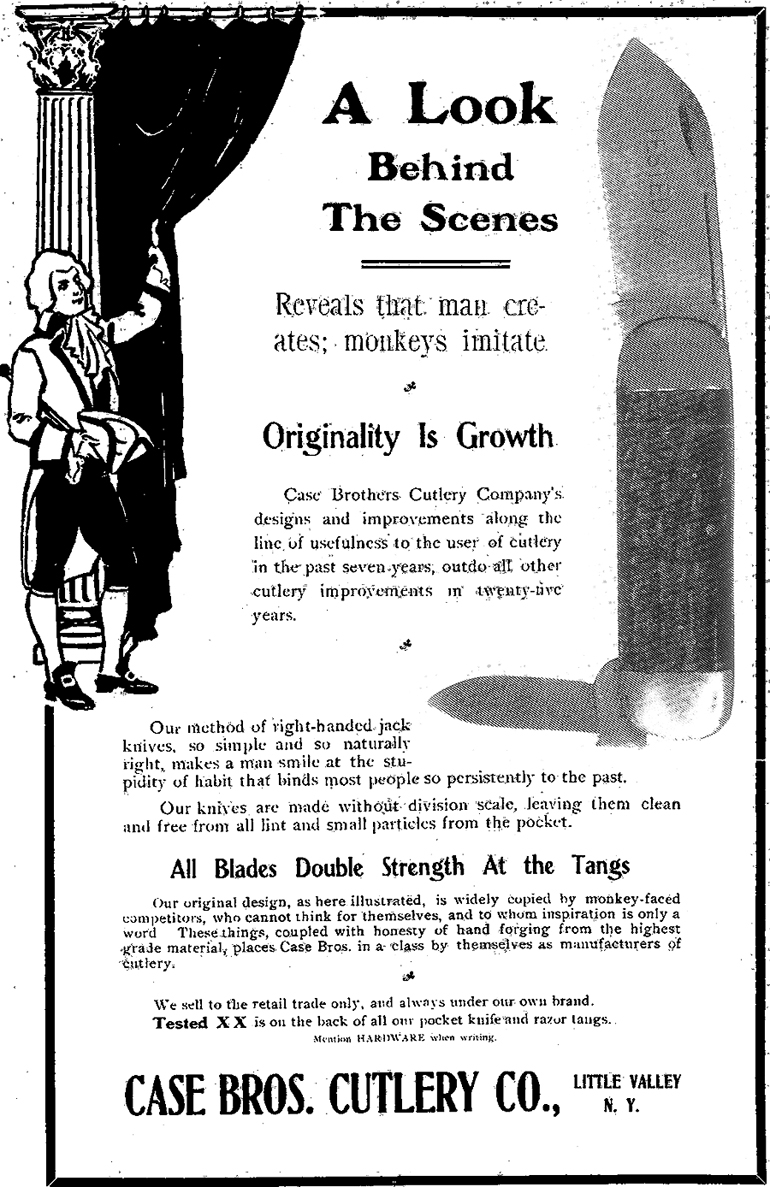 I really wish I could have rode the train to Union Stock Yards in Chicago back in the 1900,s with a load of fat cattle ready to sell to one of the order buyers. While I was there I would buy a few knives from Jack Knife Ben to hold me over until the next time I went to Chicago. He always had the best knives and most of them had a castrating blade and a punch blade. they were tang stamped JACK KNIFE BEN CHICAGO and UNION STOCK YARDS. They are still a legend.

Just this once I am going to overlook all the fascinating characters in the antique bowie knife world and go with Samuel Mason.
Mason is easy to overlook, since his name wasn't out front most of the time, but he was a very important figure in early American cutlery history. Sam did it all... he was born in Sheffield, learned the cutlery trade working at Mappin's, then emigrated to the U.S. to work at maybe the first proper American pocketknife factory -- Waterville. He left there to help found Northfield, and rose to the position of president before being ousted by the Catlins.
Then he went west, and founded the first knife factory in Western Pennsylvania (1866!): Binns & Mason, in tiny Rochester. Binns & Mason failed, so he then started the Pittsburgh Cutlery Co. in the same town. Pittsburgh was bought out by the Harmony Society in Beaver Falls, and Mason worked for them a few years before being let go. He then moved to start a small company in nearby New Brighton, and according to the local paper, borrowed a lot of money from investors and then skipped town!
Mason then appeared in Canton, Ohio (again, the first cutlery company in that cutlery town), and started Mason & Sons there. It did not fare well, and in about 1875 Mason left America for good and returned to Sheffield -- Geoffrey Tweedale recently found proof of his later residence there.
Along the way, Mason helped lay the groundwork at Waterville and Northfield, two of the most important early American cutlery companies. He founded the first cutlery company in western Pennsylvania, not far from where Case, Ka-Bar, the Tidioute companies et. al would arise. He founded the first cutlery in Canton, OH, before long the home of Canton Cutlery & Novelty Cutlery of "picture handle" fame. He founded the company that became Beaver Falls, whose equipment was sold to JBF Champlin to turn Cattaraugus into a manufacturer. He may well have operated the first American cutlery that made pocketknives from American steel (Pittsburgh Cut. used Pittsburgh made steel.) He left a handful of cutlery patents too. And almost everywhere he went, he was fired, or was ousted, or didn't remain in business for long!
His sons later worked in a variety of factories, and one was interviewed for the WPA projects in the 1930s. Not long ago, a diary/scrapbook of Sam's was discovered, and I'm still holding out hope that it will eventually find its way to the National Knife Museum in Sevierville...
I wrote an article entitled "Samuel Mason's Story" which appeared in the August 2000 edition of KNIFE WORLD, and a slightly revised version for non-knife nuts which appeared in an edition of the Western Pennsylvania Genealogical Society Quarterly.

What a great post. You inspired me long ago to realize the importance of this man in the history of cutlery in the USA and Pennsylvania in particular. His contribution to the industry is amazing yet overlook by most historians and collectors as well. Some of my prized PA knife collection pieces are those that have Binns and Mason, Pittsburgh Cutlery, and of course Beaver Falls cutlery on them. None are in even near mint condition, but it would take a heavy wallet to convince me to part with them. The search was endless to find them and most had no idea why my hands were sweating when I found them.

So the group knows, it was Mark that put me on to the story of the Two Giants (check out the story in Knife World) The world's largest knife and fork made for Beaver Falls Cutlery. I still keep in contact with the fella that has the books from Mason and have pictures of the relevant cutlery comments from those books.

Mason was a religious man and had convictions about how the government should operate as well. This may have contributed to his inability to "hold a position" for very long at various businesses.

This is deep stuff that most knife collectors could give a hoot about, but for me this is just the stuff legends are made of. Thanks Mark for getting my juices going again. Oh and welcome to this site as well. Scott you have a good thing going here.

Hey David, how the heck did you find that Binns & Mason? I still haven't been able to sneak up on one of those. I have a Pittsburgh Cut., a Beaver Falls, and two Mason & Sons knives, but no B&M. Several years ago I passed on one marked only "Rochester Pa." and have kicked myself for that too.

I'm sure that there are lots of other characters at least as important as Sam Mason was, but to me his story is a very compelling one. Glad that someone else thinks so too! 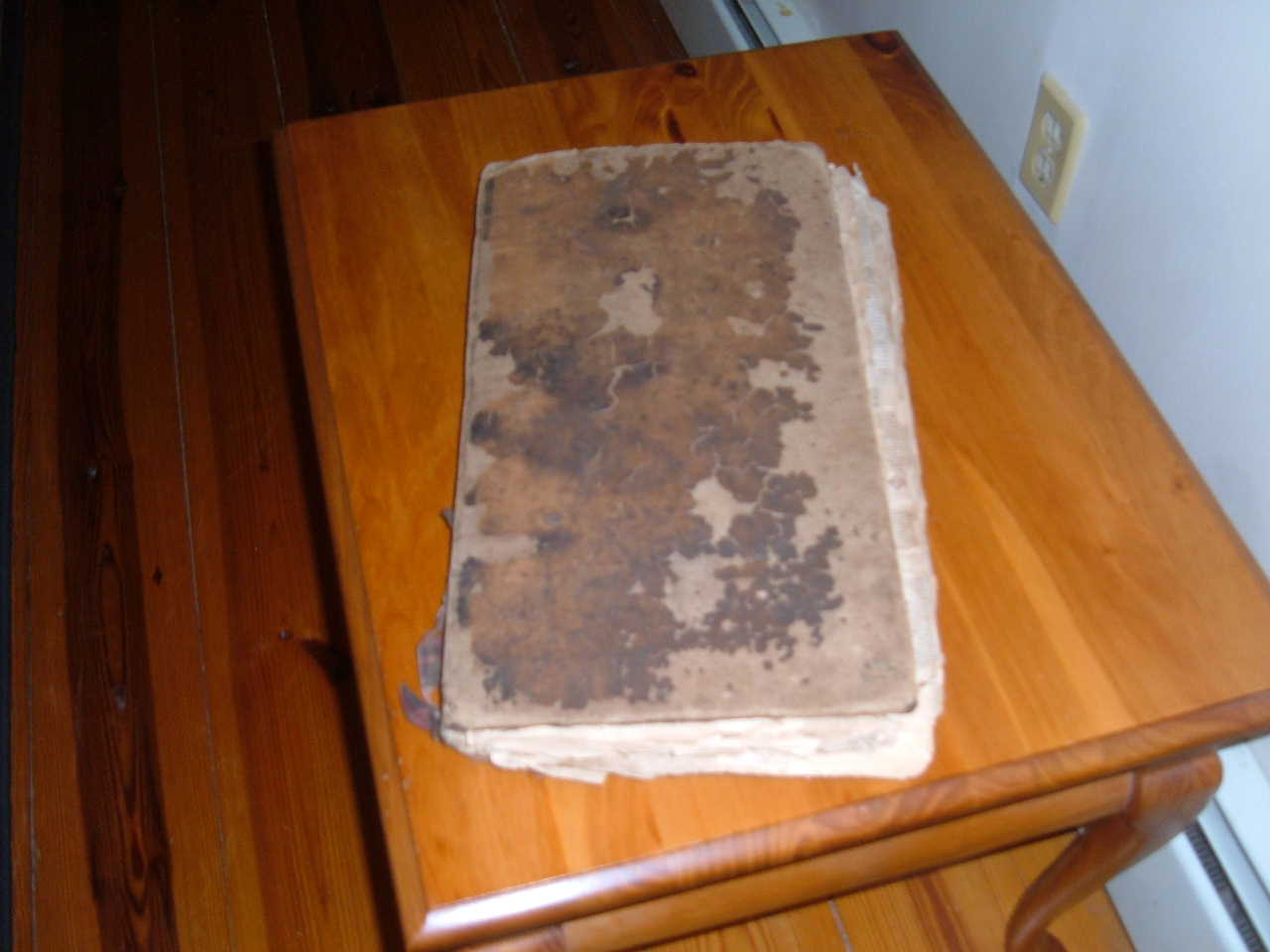 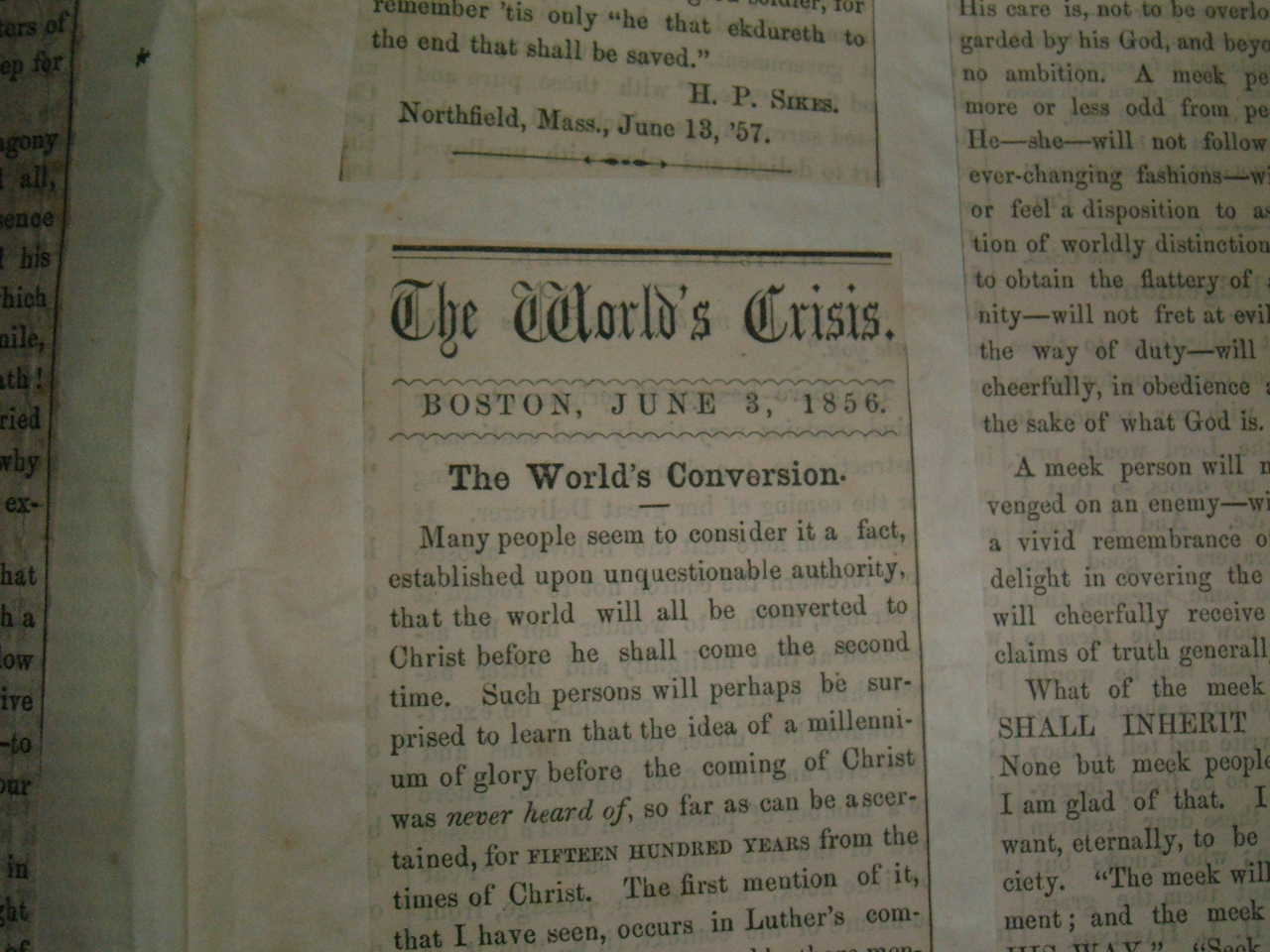 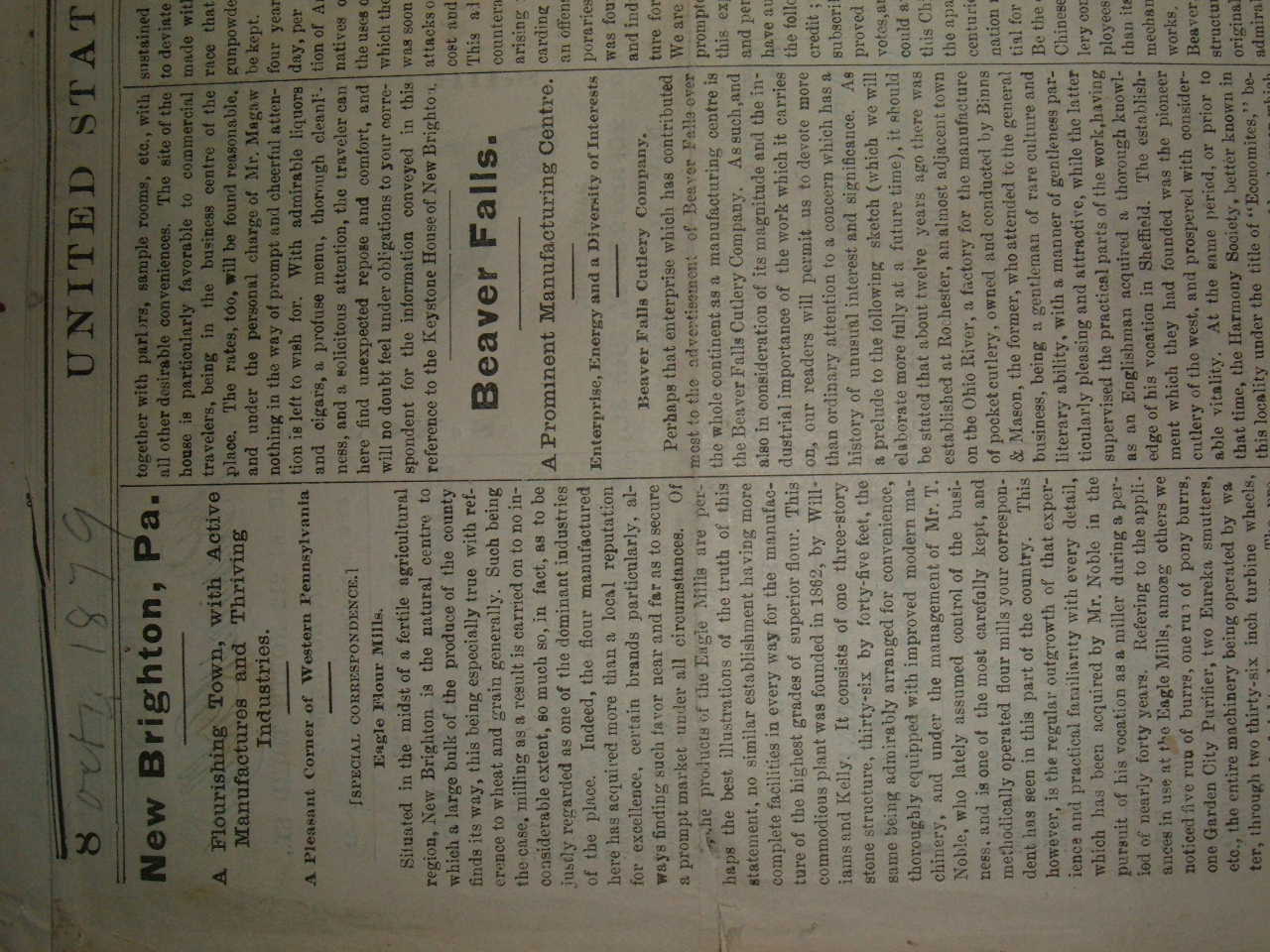 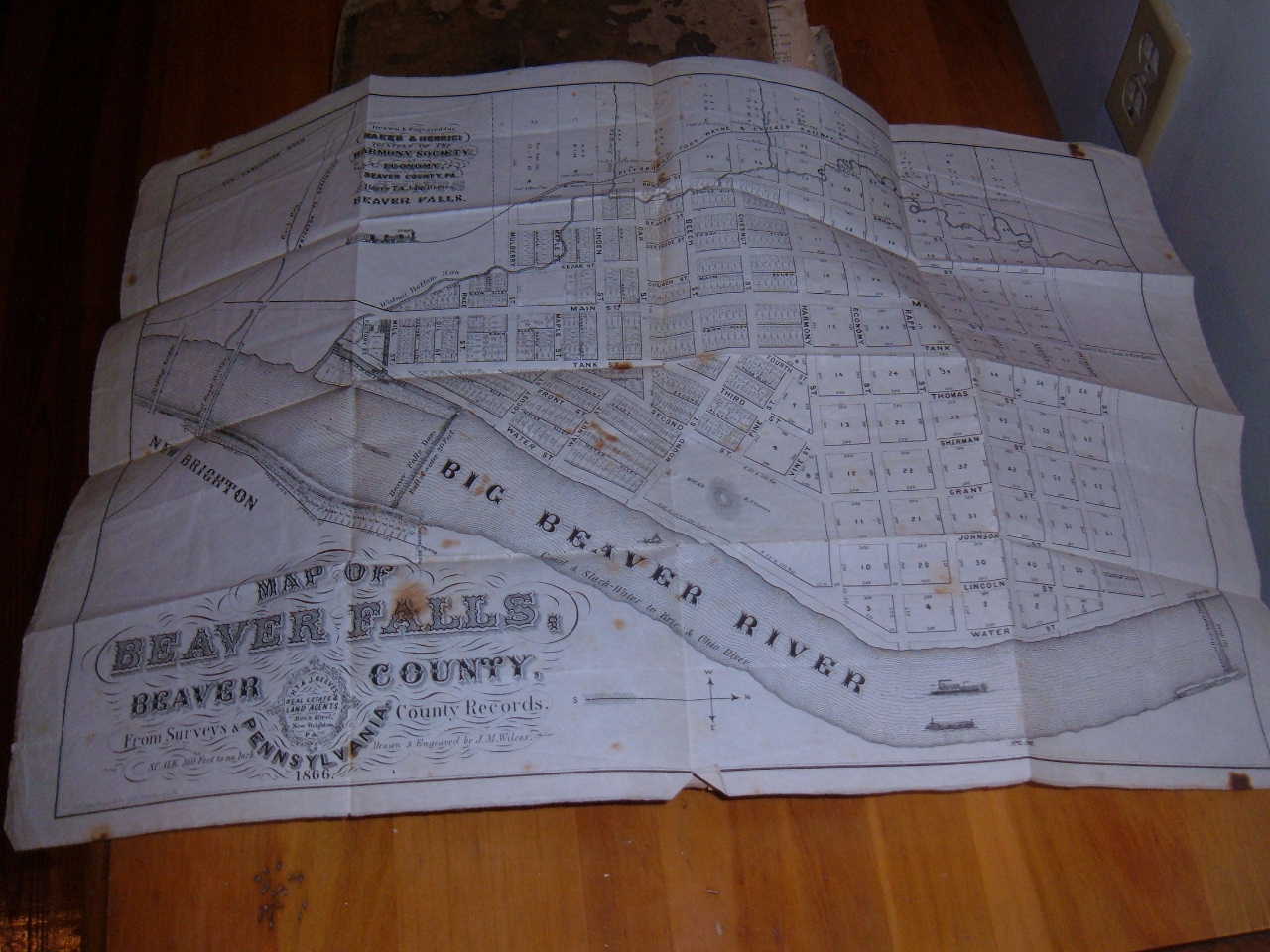 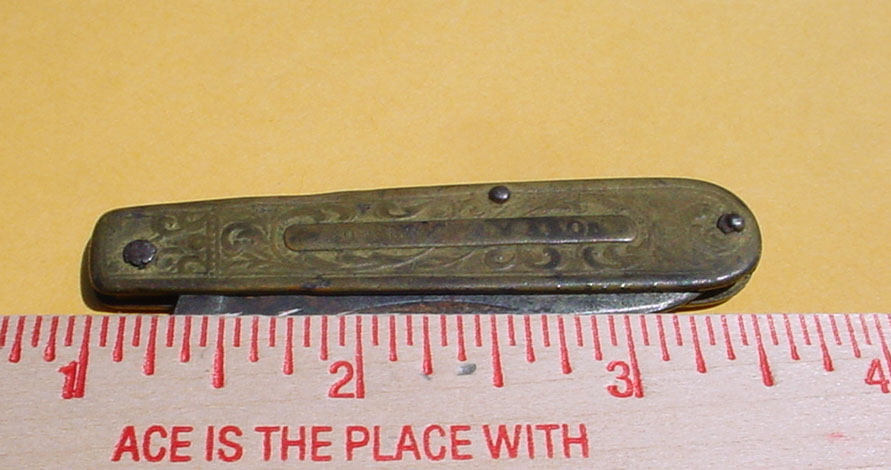 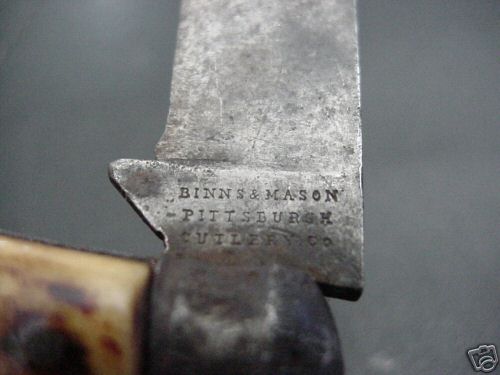 Seems to me you need to get rid of one of those Mason and Sons. I would be willing to watch over it for you for a while LOL. I haven't been able to locate one. My B & M is in rough shape, but the real thing for sure. Here are some pics of my knife and the book you mentioned Mark.

The first knife isn't mine. I would love to own it, but it is owned by the great daughter of a fella that actually worked for B & M. NOT FOR SALE unfortunately. The other is mine. Oh yes it is a bit rough, but as my article "Mint Verses Everything Else" in Knife World, sometimes anything is better than nothing. As Mark Z will agree upon, they are TOUGH to find in any condition.

I will check out David's upload. Scott is forgiven for overlooking Sam Mason on account of Mason's American career ending about a quarter-century before the sunfish knife appears... :)

Binns and Mason is about as rare as it gets when it comes to American cutlery markings (when you measure a pre-1870 company's existence in months rather than years, it's gonna be a rare one!) I have not seen David's knife with the B&M/Pittsburgh stamp before, IMHO that's a wonderful knife in any condition.

Since we've already veered off on the Mason tangent, here's a Mason & Sons knife (albeit repinned and with a repointed master blade). This one is marked "Canton", the other one I have is a quill knife and it only has room for "Mason & Sons".

No doubt about it, Charles H. Platts was the most highly skilled and influential Sheffield cutler ever to grace America's shores. He got his training at Joseph Rodgers and Sons and it showed! For 20 years he supervised the production of award winning cutlery at the Northfield Knife Co. , Northfield, CT
Each of his sons Charlie, H.N., Ray Joe and Frank were apprenticed at Northfield in the Sheffield fashion,so that each could craft a pocket knife from hand forging to assembly,adhering to an exacting standard of quality. It was their commitment to excellence that was,in large part,responsible for the quality we so admire in the earlier products of Cattaraugus Cutlery Co. and W.R. Case and Sons Cutlery Co.

Although it would be tough to debate that the Platt's wasn't indeed one of, if not the most influential cutlery icons of early American cutlery history, one does need to realize that others played significant roles as well. Looking at Mason's background (he worked at Northfield as well) you quickly understand that it was a large effort to "Americanise" the industry using a combination of English and German skills handed down many generations. Truly that is what happened. The Tariff's in the late 1800's just forced it upon us quicker I think. Thumbs up for both of these forefathers and many many more that gave us the simple but elegant tools we cherish today.

Remember Champlin bought his equipment from Beaver Falls, who got it from (WHO ELSE?) Samuel Mason. I used the google patent search for Mason and many he brought forth, Most for table ware though. Platt's truly did more for pocket cutlery I think.

Just a knife nerd spouting off to impress somebody, just not sure who LOL!!!!!!!

Charles Platts is definitely at the top of my list, too, along with the Case Brothers. Their father, Job Case, is incredibly interesting to me. He was a land 'developer' who cleared huge tracts of lumber by himself - he must've been as tough as they come! He also held views on many topics that seemed to be quite ahead of his time. We have Job's original journal in our Zippo/Case Museum. Job's views were no doubt VERY different from those of his sons. Just for what it's worth...:)

Im all about the Baer brothers.

Leaving Camillus and purchasing Ulster and then Schrade, merging with Imperial and finally owning it all outright as well as also owning Camillus, There are many an untold story here. Albert and Henry were originals in the manufacturing and marketing field of cutlery.