This Bump Will Not Slow You Down

Today’s review will focus on the Kershaw Spec Bump 1596 assisted opening pocket knife.  I would classify this knife as a medium to large assisted opening tactical knife. It was designed by Ken Onion and just by looking at it, one can tell it is one of his designs.  "I wanted to make the Bump as multi-tasked as possible," says Onion. "The blade design is unique, but at the same time, it's very practical and fluent at a large number of jobs."   Before beginning, I…

The Boker Sal Manaro Will Grip You

Today’s review will focus on the Boker Sal Manaro titanium handled 01BO145 folding frame lock knife.  This knife was suggested to me by Steve Hanner for who I am indebted to for this suggestion.  I will start out stating I really like this titanium knife that is one of the most economical titanium tacticals I have run across. …

Titanium Can Be Beautiful (Part 5) 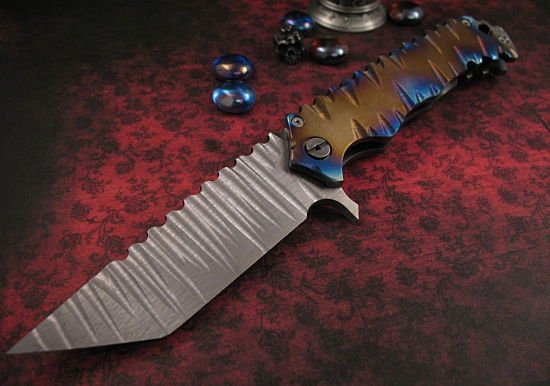 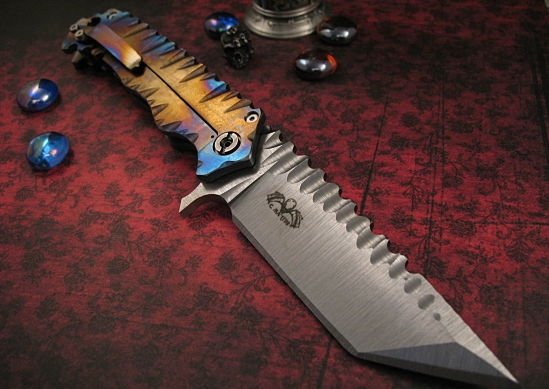 #9 - Chris Martin – PF-1 Tanto Flipper, I currently have this on order, so the pics are from the site, IKBS Bearing System, Aggressive Tanto Blade. …

Titanium Can Be Beautiful (Part 4) Titanium Can Be Beautiful (Part 3) 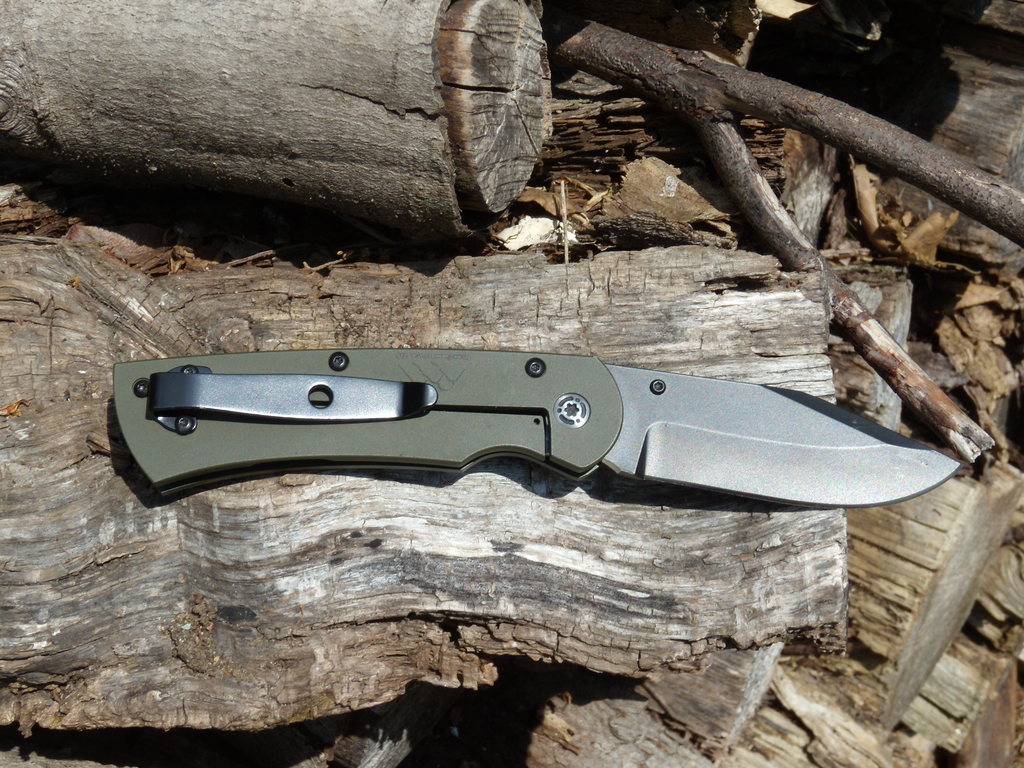 Titanium Can Be Beautiful (Part 2) 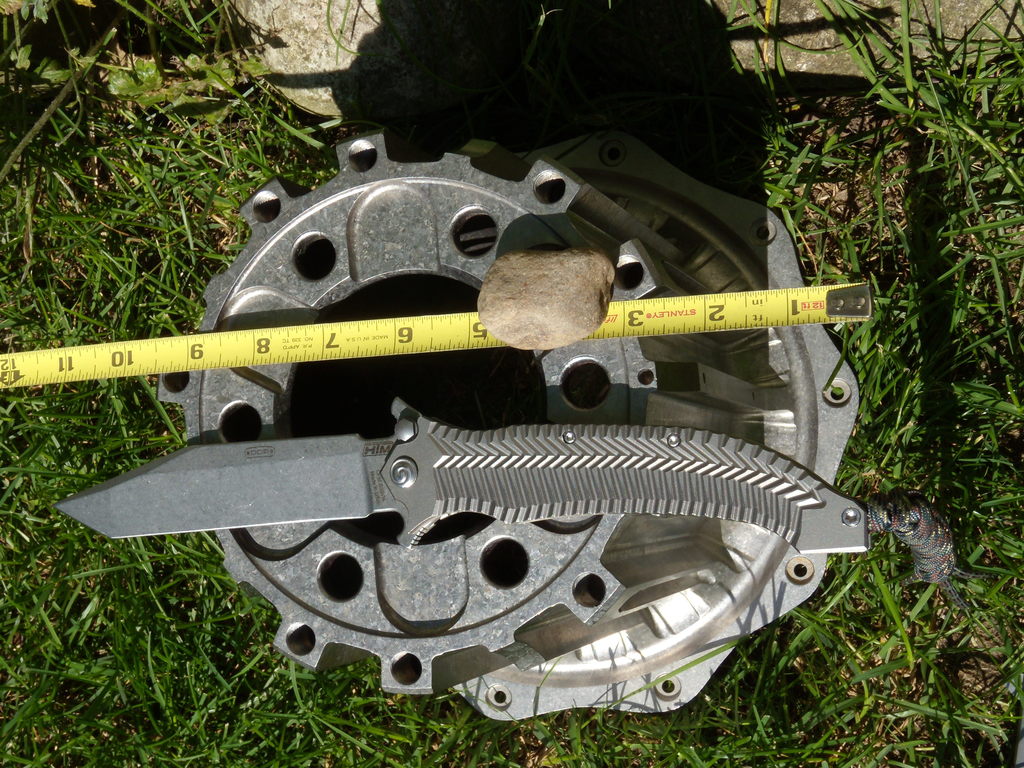 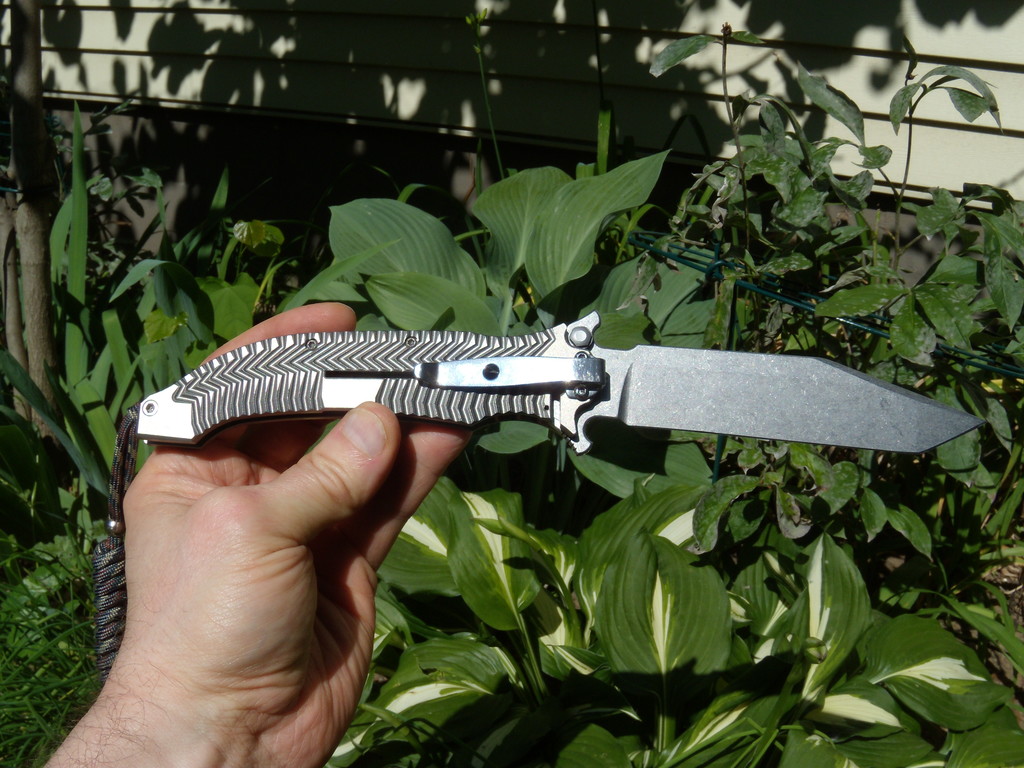 Titanium Can Be Beautiful (Part 1)

Please note this blog is written in 5 parts due to file size constraints.  Please access parts 2, 3, 4 and 5 to view the rest of the knives

As most of you know by now, Stanley May is a huge titanium fan.  My background from my work at Honeywell Inc., where I performed countless stress analyses on commercial and military aircraft
wheels and brakes…

I introduce the subject of my choices for the best handle materials.  Keep in mind, the following is Stanley May’s ideas, preferences, and personal tastes of good handles.  It is by no means is an absolute.  I worked in the aircraft wheel and brake industry for 34 years in which I was a structural analyst/engineer.  I have explored the positives and negatives of most of the metal and composite materials used in today’s tactical knives.  It is exciting to me that today’s knife…

Attached is a concise one pager defining  GEC knife configurations for your use.

This blog is written to share my experiences regarding the operation of my small knife business.  Some of the experiences are good, some are not good, and some are in the middle somewhere.  I would say my business is not a success yet because my expenses are larger than my income.  However I am not going to quit yet, because I don’t think I have given it enough time.  I am lucky I don’t need to do this for a living.

What to do with your knife at an airport

One day not long ago a customer told me this true story.  He had a rather valuable knife with him and forgot to leave it in the car when he was flying out on a commercial aircraft.  He got all the way to the security guards and they of course found the knife and would not let him past the security gate.  He did not have enough time to take the knife back to the car or he would miss his flight.  He pleaded with the guards to hold it for him, send it to him and pay them handsomely to do this,…

This is not going to be a long blog.  I have been an IKC for about one month.  I just want to say, I really think it's greatest strength is the members are giving, and caring people.  I have experienced this more than once.  When I have had a problem, I send out an email, and within a few hours several members have responded with sound and helpful suggestions; and it is done because they want to help.  This is an outstanding quality and I believe distinguishes IKC from the average knife…

My Latest Activities by Stanley May

I wrote the following not knowing "My Latest Activity" is limited to 140 characters.  So I decided to post it as a blog.

My wife and I are getting ready to move her/my business to a different location in Elkhart, Indiana.  I am hoping this new location will result in more sold knives.  I recently bought via Ebay, a handsome oldish Case display case.  I am excited about this.

I still haven't connected with Wayne Whitted about getting a Purdue knife, but I would like to do this…

Dennis Hibar replied to Dennis Hibar's discussion A new iKC calendar and a new year of knives!
21 hours ago