When it comes to knife collecting, there are probably as many types of collectors as there are categories of knives to collect – from purists to novices, open-minded to staunch believers, early adapters to Luddites, and everything in between.

I like to think of myself as one who knows why I collect what I collect – evolving technologies notwithstanding – and stands behind it unless a better argument comes along that challenges my thought processes enough to either broaden my understanding or change my mind altogether.

I preface this blog with these comments because I inadvertently touched a nerve and a real bone of contention when I casually added both “tactical” and “survival” knives in a lighthearted club posting of potential categories to collect. That particular posting was not necessarily the place to hold such a debate – so I am risking poking the lion by initiating this thread to do so instead.  I say poking the lion because I know this can be a passionate subject among collectors and enthusiasts, and so it must be managed carefully.

My intention here is not necessarily to change one’s mind to think like I do on the matter, but to open the door for other’s to possibly influence mine.  So – let’s begin.

The bone of contention that was vocalized at the time is that there is no such thing as a tactical knife or a survival knife – rather, these terms are marketing terms to sell more knives. (We’ll discuss Survival knives in Part 2). Further supporting the contention is the belief that tactical cannot be a “thing”.

While I have a different opinion on the matter, I can’t throw out the whole argument because some of it is true – many companies and makers do label everything as being tactical or survival (Think Cutlery Corner Network), even if it stretches the terms to fit. Let’s face it, owning or carrying a knife that is defined as being “tactical” is sexy.

According to my Merriam-Webster Dictionary (2000 College edition), Tactical is derived from Tactic – where Tactic is both a noun (Person, place, or thing) and an adjective (words that describe or modify another person or thing).

Moving on to tactical, the term is only used as an adjective – thereby supporting the notion that by itself, tactical cannot be a thing…such as a tactical knife. As an adjective, tactical is the act of employing a tactic. By definition, tactical is of or relating to combat tactics, such as (1): of or occurring at the battlefront *tactical defense* *tactical first strike*, or (2): using or being weapons or forces employed at the battlefront *tactical missiles*. (Using a knife verses a sword)

In addition, tactical also means of or relating to tactics: as (1): of or relating to small-scale actions serving a larger purpose, or (2): made or carried out with only a limited or immediate end in view (think survival). So based on these definitions, I can conclude that a “Tactical knife” is a knife (tactic – a knife vs. a sword) that is used in a small-scale operation serving a larger purpose.

Clearly these terms have their roots from fighting and military applications, but as with anything, the words and context in which they are used has evolved to include uses and applications other than on the battle front.

Historically speaking, a fighting knife is a knife with a blade designed to inflict a lethal injury in a physical confrontation between two or more individuals at very short range (grappling distance). In contrast, the combat knife, or a trench knife, is a military fighting knife.

Fighting knives were traditionally designed as special-purpose weapons, intended primarily if not solely for use in personal or hand-to-hand combat, such as the M-1 Trench knife or the Fairbairn-Sykes Commando Knife. This singularity of purpose originally distinguished the fighting knife from the field knife, fighting utility knife, or in modern usage, the tactical knife.

From this perspective, the tactical knife is a knife with one or more military features designed for use in extreme situations, which may or may not include a design capability as a fighting or combat weapon. Since World War I, the fighting knife in military service has gradually evolved into a dual-purpose or "fighting-utility" knife, suited for both knife fighting and utility roles. As a consequence, the terms "fighting knife" and "tactical knife" are frequently employed interchangeably.

As the awareness of military tactical-type knives grew in the public sector, and as makers started offering them to a growing market, they naturally became a collectible category. Randall, Loveless, Gerber, AL Mar and Muela are examples of those large and small operations who produced military grade tactical knives to the public.

After years of continuing evolution, a tactical knife today is a knife with one or more military (martial) features designed for use in extreme situations. In popular usage the terms "fighting knife" and "tactical knife" are frequently employed interchangeably, despite the fact that a tactical knife is principally designed to be used as a utility tool, not as a weapon.

Has marketing folks overplayed and diluted the term by applying “tactical” to every conceivable knife produced? Certainly they have, and with good reason….it sells! On this point alone, I agree with those who argue that there is no such thing as a tactical knife...because most are not.

But since I know what I mean and in the context of how I mean it when I look for and purchase a tactical knife, I usually do not get too hung up on whether a particular knife is correctly identified as “tactical” or not. You won’t find me buying a “Tactical Paring Knife” to peel an apple – so in that sense, I agree that there is no such thing. However, I own too many true tactical knives to dismiss the category as a whole.

So, with all this said, I define a tactical knife as any knife that displays the following attributes:

True – it can be argued that some knife types and styles cross over into other categories, such as fighting knives billed as survival or hunting knives – and therefore can be considered tactical. This is where each knife must be measured individually for its own merit – as all hunting knives are not designed as a fighting knife, and not all fighting knives should be used for dressing out game. And, just because a paring or caper knife has a pointy end and can inflect a wound, it's stretching it to call either one a fighting knife. So, is there such a thing as a "tactical" paring knife? To date, not in my world. But are there such things as a tactical knife? By my own educated definition, yes.

Here are some examples of the tactical knives I own:

1957 AK-47 first pattern Tactical Knife/Bayonet for the Polish made KBK 47 Assault Rifle. The knife bayonet for this rifle is an afterthought, as designers never thought the KBK would require a bayonet.

1959 Polish AKM 47 Type I Tactical Bayonet – serving both bayonet and field knife applications. This new bayonet design was far from conventional; it was as groundbreaking as the Kalashnikov itself. Note this variation includes both the saw-back and the lug window which fits over the lug attached to the scabbard to form wire cutters.

1968 Polish AKM 47 Type II Tactical Bayonet – a refined upgrade to the Type I serving both bayonet and field knife applications. Similar to the above in features, this model is without the saw-back option.

My 1968 US M-4 bayonet – the precursor to the more famous M-7 – but still primarily a bayonet/fighting knife.

My Flintlock knife – A museum replica of the real deal; a multi-use dagger and single shot barrel.

So the door is opened…what are your thoughts on tactical knives; do they exist, is it a legit category? How do you define a tactical knife, and what are some of yours?

My "tactical" knife has gone from being a flipper / assisted-opener to a push-button opener.  But that's because I am old now.  30 years ago when I was agile and strong and studied martial arts I just carried a Kubaton.  But now, I carry a knife as a back-up in case I can't get to my concealed carry pistol, and I am not so strong now so a guy could grab me from behind or in such as way as to make deploying even a flipper or assisted-opener difficult.  Plus, my push-button opener is USA made with S30V steel and it is just darned cool. 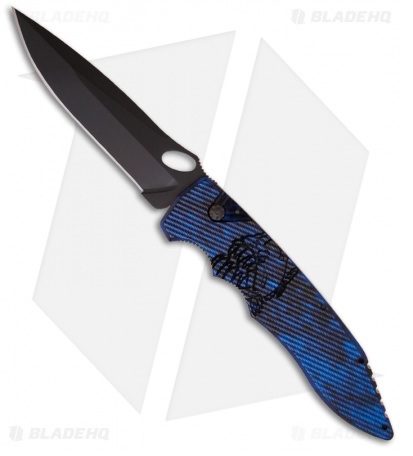 Ahhh...the ol' "tactical clothespin". I almost forgot about those!  LoL!

Great topic I.Lantz....wrong forum. You'll find that one in the Ninja Clothesline group. I neglected to mention that in your original post. hehehehe.

legit but overused is my vote

I have taken to using "traditional pattern" and "modern pattern" now

Right J.J.,  one vote for legit but overused category!  For any of us that subscribe that Tactical Knives are a legit category, I think you captured the three words we all agree on!

I.lantz - you have a fine way of both affirming "tactical" and fueling the fire against the category in the same paragraph. Nicely done sir!

So it is same to say...not that we are counting votes or anything...that you agree "Tactical knives" are a legit category, that that it too is an overused label to put on any knife, thereby diluting and blurring the true meaning of what makes a particular blade tactical.

Is that a fair assessment?