OUT OF THIS WORLD!!

Hello everyone!! Were about to embark on a epic adventure here at HHH Knives. And I want to bring you guys along with us..

Were going to be forging some Meteorite damascus! Yep that is the "out of this world" reference. I just received a 4 lb. piece of Meteorite and with a little luck at the end of the process we will have a couple of extra amazing and beautiful billets of SPACE STEEL!
Theres a really amazing and cool story as to how I came across the piece of Meteorite.. But Ill just say this..... God is GOOD! and it never ceases to amaze me how he orchestrates stuff!

This is something Jr and I have not tried yet. But thats the awesome part of this great adventure I call knife making. Trying new stuff and working with new materials. As well as meeting new friends and learning new tricks. Then sharing in each others successes as well as our set backs and straight up flops!

The PLAN.. We will start the process to forge this space rock into something resembling a bar of steel.. Then turn that into a billet of damascus! And followed up by making it into a sweet kitchen cutter!

Also wanted to add a Thanks you to Mr. Delbert Ealy, who took a few minutes of his busy day to talk to Jr and I about the forging process giving us a better chance of this working out.. right out of the gate. Thanks Del!!

First a few quick facts, This piece of Meteorite we have is called a Campo del Cielo. This stuff has been used as tools and weapons as far back as history records. Here is a little info from Wikipedia " In 1576, the governor of a province in Northern Argentina commissioned the military to search for a huge mass of iron, which he had heard that Indians used for their weapons. The Indians claimed that the mass had fallen from the sky in a place they called Piguem Nonralta which the Spanish translated as Campo del Cielo ("Field of the Sky")."
They estimate that it fell to earth in the year 2,700 BC..
The average composition of the Campo del Cielo meteorites is 6.67% Ni, 0.43% Co, 0.25% P, 87 ppm Ga, 407 ppm Ge, and 3.6 ppm Ir, with the rest being iron..

This is gona be a AMAZING, AWESOME, and PHENOMENAL experience for us, Which I hope you will enjoy watching.

Enough talking, Lets get to the action!  Heres a link to the WIP on iKC!! Thats got a good ring to it! :)

See ya there.. Stay sharp and keep the sparks flyin!

Thanks guys.  These have been well used and tested by now and the owners would probably give up there first kid away B4 giving away there Chef knives!  lol.   Chuck, Meteorite is very expensive, yet its just so cool. and amazing!!

I saw that place on Discovery Channel's Meteor Men. A 4 pound piece is a really expensive piece of space rock!! They were showing pieces that weighed in around 1-2 ounces and said they were worth about $1000 per ounce. If this is correct, HOLY COW!!! Plus add the cost of the labor and other materials. That's one premium knife. Wouldn't that make someone a very lucky person that ends up with it.

I know this sounds weird but these knives look alive.Wow!! 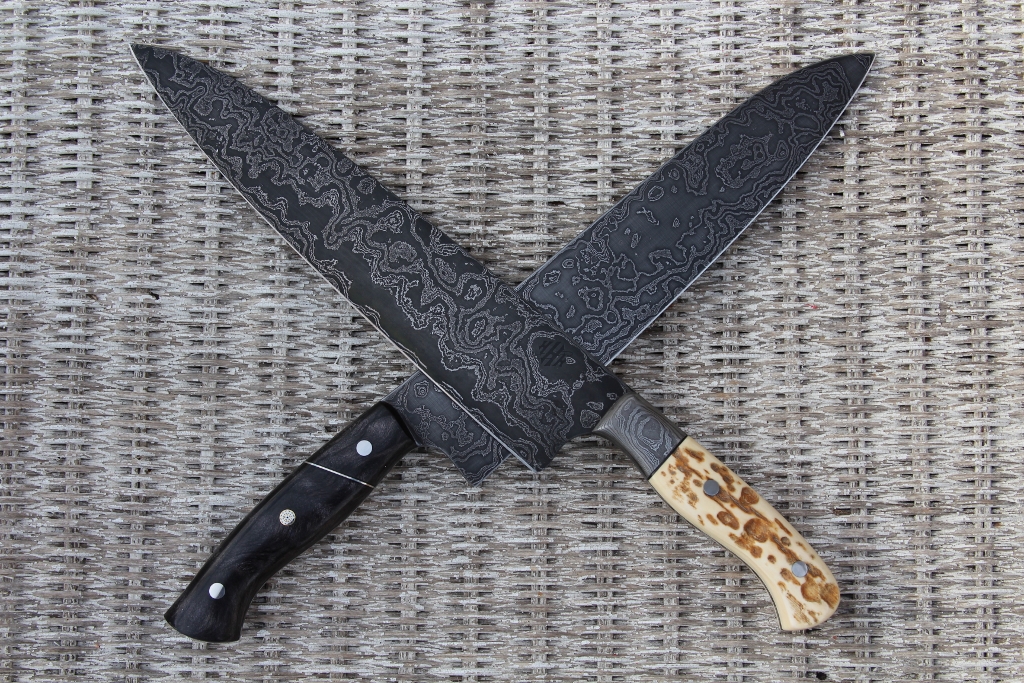 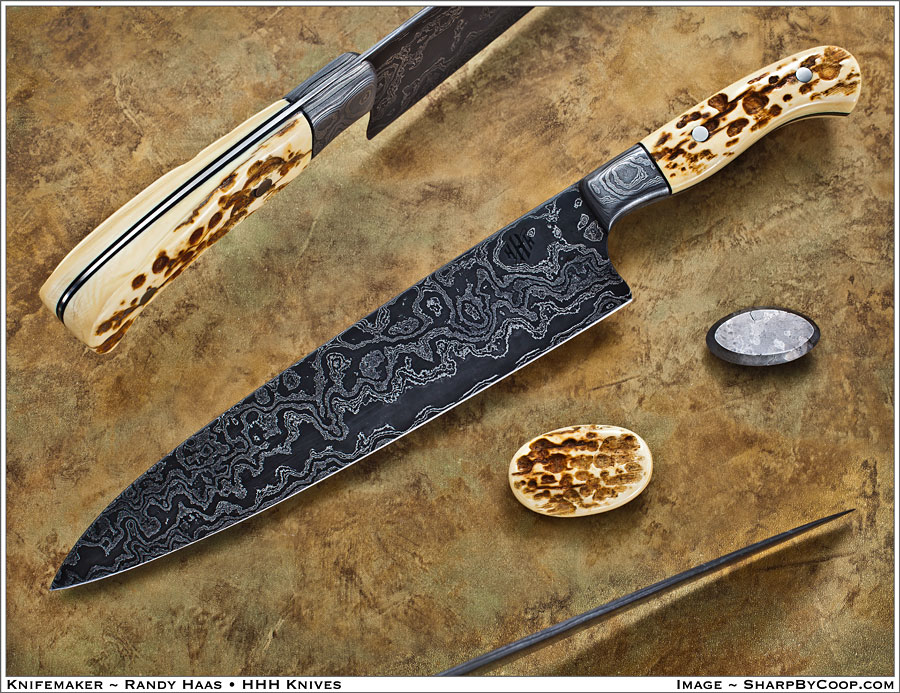 Here is a image of the finished knife, and a few other knives made from this awesome billet. Its a KNIFE LIFE!!! :) 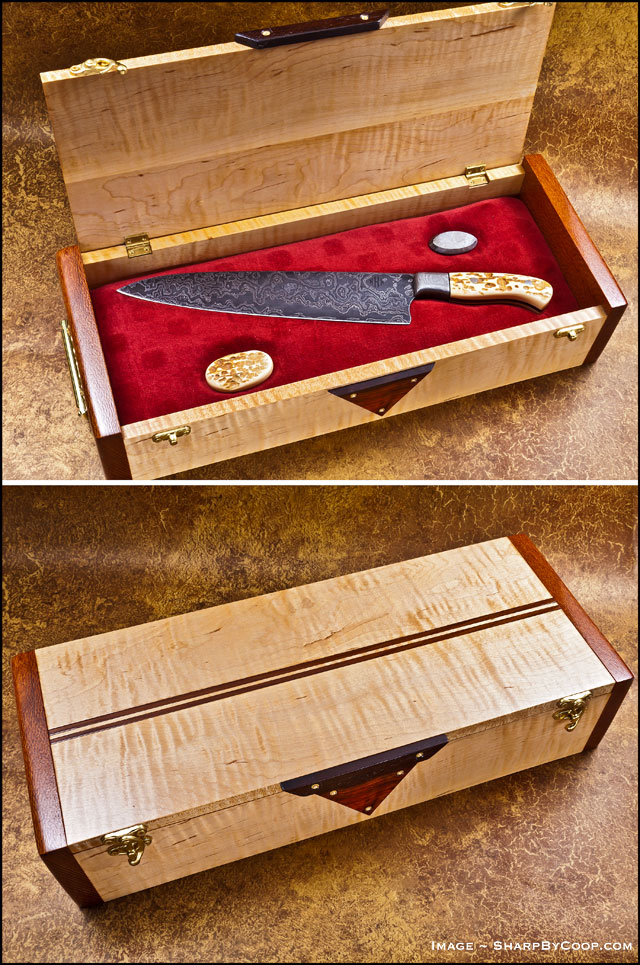 Alright, We finished the first bar of Meteorite Damascus! :)  Here are a few pics. of the raw billet. To see the process and follow as I turn this into a OUT OF THIS WORLD chef knife.. Check out the link in the title post it will take you over to the WIP thread! 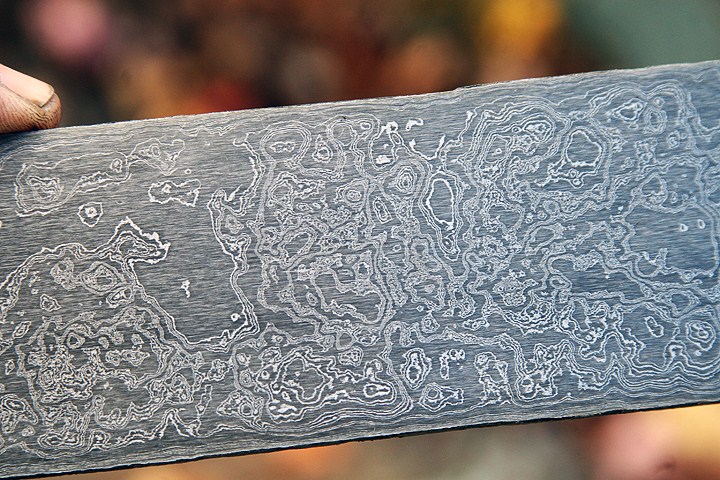 Its "Galaxy damascus" So named by Steven.

Thanks for looking and God Bless

Comment by Randy, HHH Knives on November 3, 2011 at 0:25
http://www.youtube.com/watch?feature=player_embedded&v=c4VKDtjhiBM

Check out this WORK IN PROGRESS by visiting the Forums page, customs corner!

Were havin a BLAST!

David M is now a member of iKnife Collector
yesterday
Welcome Them!

Harvey Lucas is now a member of iKnife Collector
Thursday
Welcome Them!