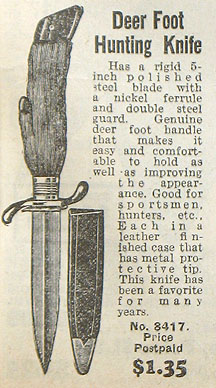 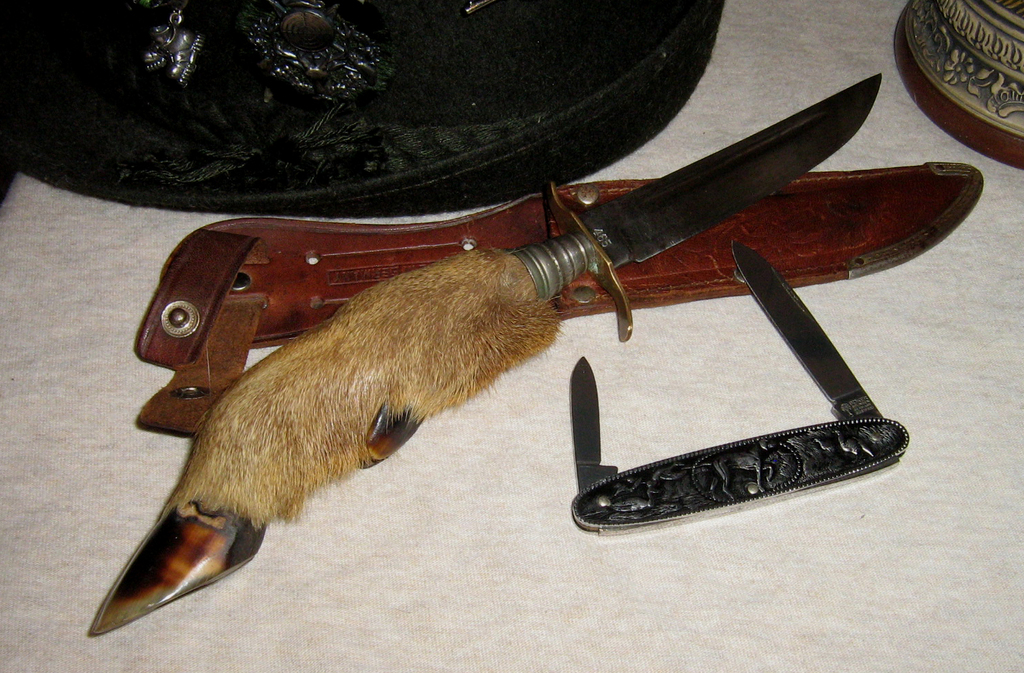 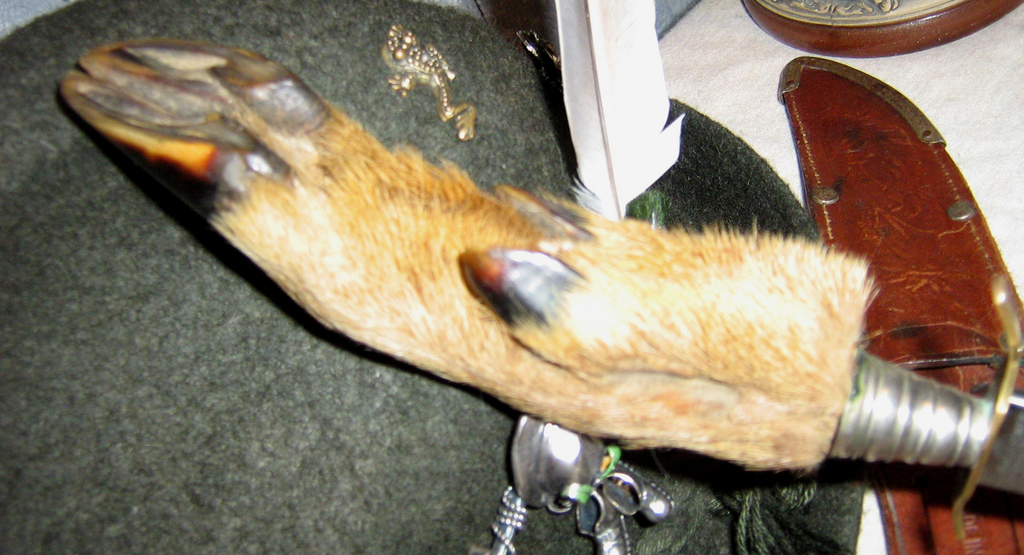 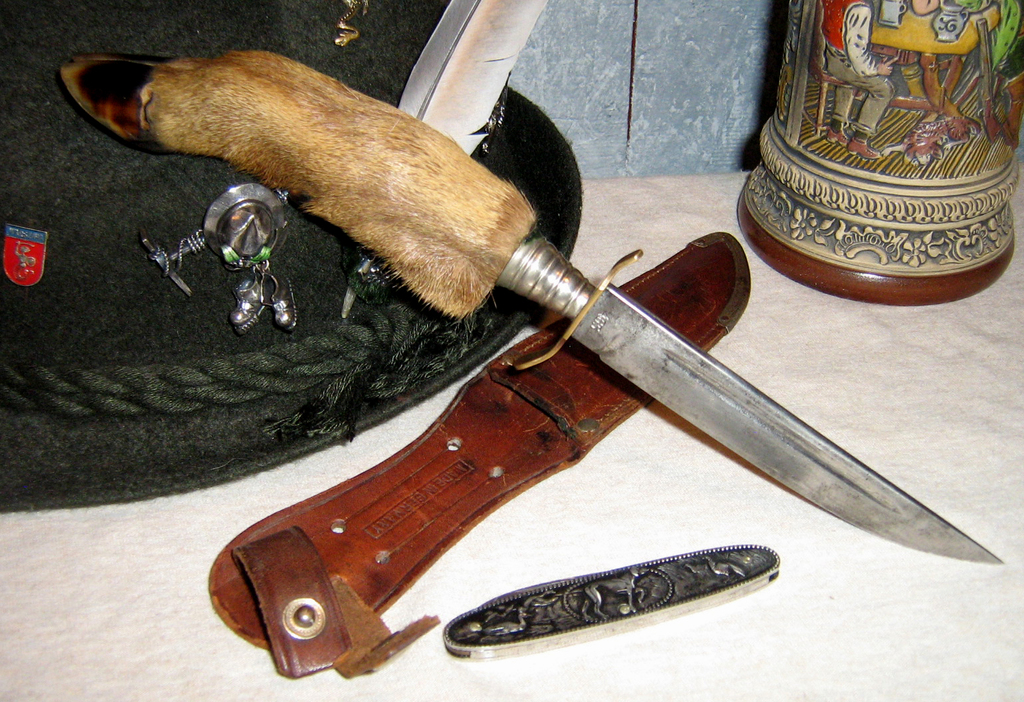 Looks kind of creepy to me.

I say cool....after all I carried a Rabbits foot my entire childhood.

Yeah, I never thought of it that way Steve, I also used to carry a rabbits foot.

may have a cool factor for someone else. But i think its creepy.

Just an observation but it would appear that the folks in the group are leaning toward creepy yet the folks on Facebook are lining up on the "cool" side.  I'm in the "Creepy cool --this'll piss off PETA camp!"

I am going with Brad , a good mix of both.  Hogs rabbits foot is the perfect analagy

I will just say unusual.  It really isn't creepy or cool to me.  Now my Lefty knife is cool!

I remember those things from back in the 1950s. Never cared much for them. To each his own.

They are waaaaayyyy cool.

Yes, they were used and extensively but primarily in the Germanic countries.

You'd see the knife (jagdnicker) stuffed into knee high socks (trachen) with shorts (lederhosen) by the hunter (jagermeister) and were made of chamois, goat, fallow deer and even wild boar hooves but they have fallen out of favour in recent decades.  Although, you can get new ones from the likes of Boker, Puma and other Euro makers like Lion and Fox.

Aceros de Hispania, (http://www.aceros-de-hispania.com/gb/default.htm) the huge Spanish retailer, used to have a section devoted just for them.

I had a Swiss one that had a couple of days old calf's hoof mounted with a silver bolster and about a 3" blade in an ornate leather sheath--leaves and vines stamped on it that got destroyed in the house fire 10 years ago.  I had traded an aluminium folding fishing knife for it.  I've never replaced it but my Euro kleine messer (small or sock knives) all have antler or wood handles.

It would now be worth all of $40 maybe $50.  I've seen at some knife shows that some were going for hundreds of dollars on collector's tables but why I don't know.

J.J. Smith III left a comment for Carlton
3 hours ago

Carlton is now a member of iKnife Collector
3 hours ago
Welcome Them!