With the help  of our friends and fellow collectors in the UK we have been discussing and watching the UK laws tightening on knives. Online knife purchases to be banned in the UK.

We have also talked about what it will take to keep this type of "control" from happening in the USA. Vigilance by our ATKI and KNIFE RIGHTS groups have made great progress in showing that this tool needs to lose it's perception as a weapon and become a tool again.

Sooooo, as collectors what do we do?  Do we become involved or do we just assume this cannot happen here?

I feel that the UK has advanced along the knife control route much faster than the US is likely to for the following reasons.

We are a small island and rather crowded, therefore, most of us live in an urban environment where tools such as knives are less relevant than was the case in the past. In fact most people I know regard carrying a knife as very strange and a great many have a fear of handling such a tool "in case it is sharp" !!!

Self-defence is not even an issue here, in practice if not, in theory, the idea of self-defence isn't recognised by our police. When I had a firearms licence many years ago it was specified that self-defence was not a valid reason for owning a firearm.

Lastly, because hardly anyone uses knives, except for kitchen knives which somehow don't appear to be recognised as knives even though they tend to be the weapon of choice in most crimes. All that the average person hears is that knives or "BLADES", the press like that term especially in capitals, are weapons so need to be got rid of.

One of the last stabbings in the UK was a burglar, stabbed by his intended victim with the screwdriver he was using as a weapon. The case has not caused any outcry against screwdrivers yet, though I guess there is still time.

From what I hear the main driver of this spate of violent crime, I dislike the phrase knife crime, is young gang members trying to run drug operations in inner-city housing estates. They only use knives because guns are hard to come by here, though there are shootings at times, I am sure they would take to slaughtering each other with firearms if they could. If knives are no longer available, which is hard to imagine as every kitchen has some and most shops sell kitchen knives, well the young fellows will no doubt find an alternative..... hand in your rocks folks they are dangerous you know !!!

This picture accompanied an article about "knife crime", don't think he bought that online as it would be easy enough to pop down to the local shop or just take it from the kitchen . 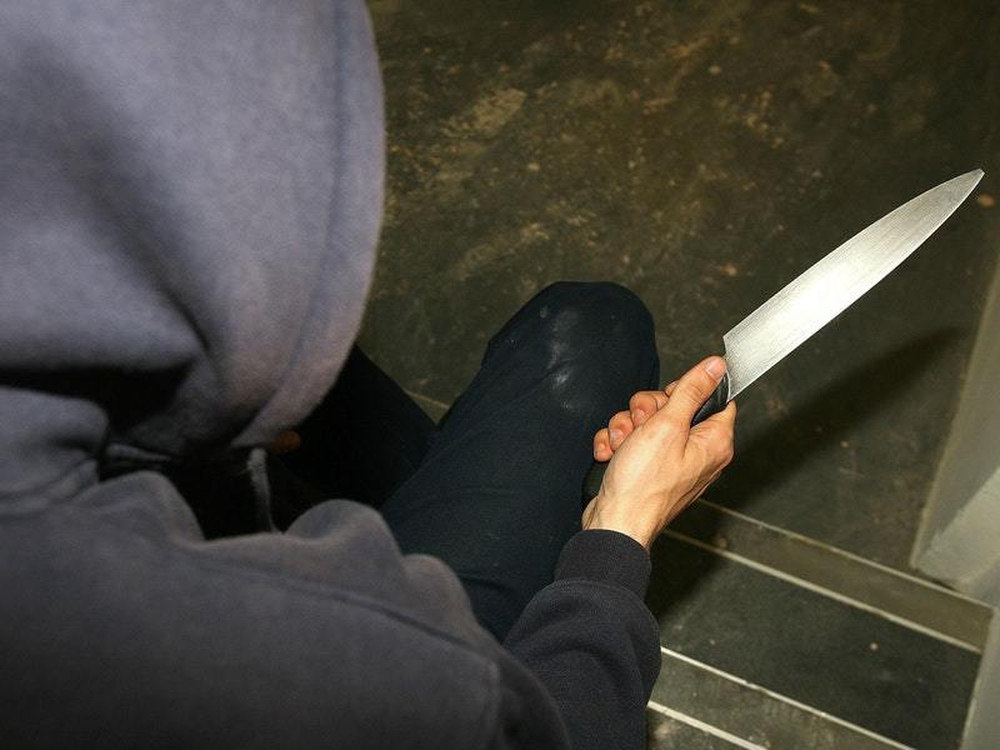 It is no different here John, a few years ago I dug and dug and dug, finally found the stats for knife crime.  88% were crimes of convenience using a kitchen knife.  I assume they hide the info buried in some obscure report because it does not fit the narrative about knives as weapons.

And of course Jan this knife is completely illegal to carry around, though I doubt these guys worry about legalities !

There is a cliche but it is so true.

You can fill in the blank with just about anything that can be used as a weapon.  Criminals do not obey the law.  That is what makes them criminals.

As far as the OP question goes, first I feel for the woman whose son was killed by the criminal to whom she refers.

The woman's cause is going to go nowhere fast.

The complaints she is making about the recent changes in Texas knife laws would have had absolutely zero effect on what this criminal did or what he did it with.

The knife the criminal used was "illegal for public carry" at the time he stabbed the student. The location he was carrying the illegal knife had a prohibition, per state law, against carry the illegal weapon.

BECAUSE THE LAW HAD NOT EVEN BEEN VOTED ON IN THE HOUSE, MUCH LESS THE SENATE OR SIGN BY THE GOVERNOR

at the time the crime was committed.

Had that criminal act not occurred just 4 days before the scheduled vote by the House, we would not have even had to deal with the "restricted location" .  That verbiage came about only by heroic efforts by the sponsor of the bill, Representative Frulo and Todd Rathner, Knife Rights lobbyist to get the bill put back on the calendar.

The current law has removed "illegal knife"  from the Texas penal code.  Those knives are now called "restricted location" knives, meaning they are restricted from being carried in the same locations where we (Texans) are not allowed to carry a  handgun (concealed or open carry), assuming the person has a LTC, (license to carry a handgun in public)

We (Texans) can carry any knife we want now, except in the 9 or 10 specified restricted locations.

I am certain that the Democrat/Socialist/Progressive fruitcakes will be trying to restrict knife carry in Texas at some point in the future.  However, now that we have the increased rights, between Knife Rights and the grass roots folks, we will fight any regression all the way to the polling booths.

Criminals will do criminal acts regardless of what the laws say anyway. 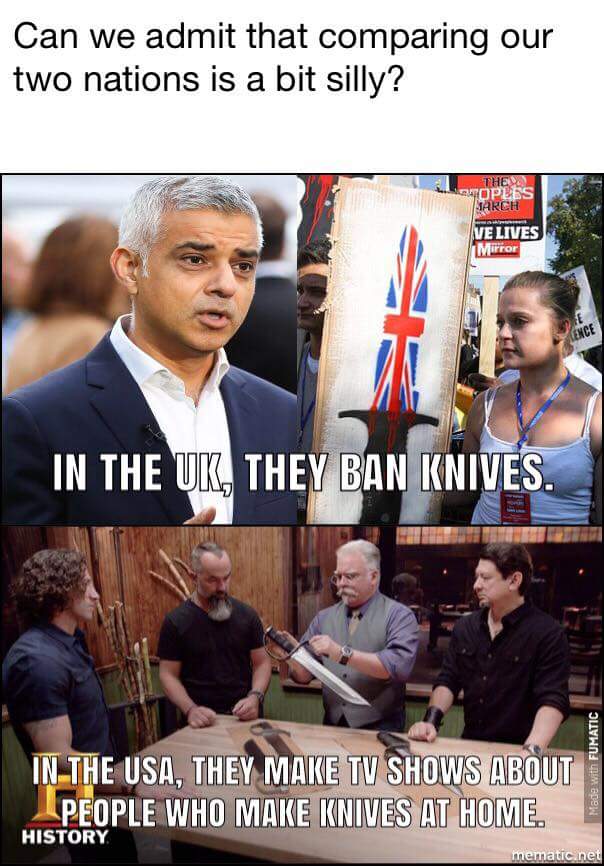 Permalink Reply by John Bamford on April 27, 2018 at 14:18
That is true JJ there is no way that programme would be on TV over here, though there are a few of us who would want to watch it I guess.

Are you able to watch it streamed from the hostory channel?  The put up each show the day after it airs

FeaturedCharles Sample left a comment for Matthew Brunson
13 hours ago

Jan Carter left a comment for Matthew Brunson
15 hours ago

J.J. Smith III replied to Emory Alexander's discussion Do you EDC more than you can carry in you pocket? in the group EDC Club
19 hours ago