Hi , I am new to forum and love old knives! I purchased this big sunfish recently, it is one of my profile photo knives. The knive is a NORTH AMERICAN CUTLERY CO. BEAVER CITY NEBR.

Concerning Tom Ray Cutlery, 1905-1910, he was  in the cutlery business for 40 plus years. He had many Fulton NY marked knives made by John Chatillon & Sons, 1894-1937. However the sunfish marked with the Kansas City Mo marking was , most likely a Catturaugus product. Also I stated in an earlier post, Mr. Ray reopened NACC Wichita in 1929, this is incorrect and should be 1921, and closed in 1928/29!

The answer to the origin of the North American Beaver City Nebr. sunfish appears to be based on the timeline of 1890 to before 1900, when the Case Bros. most notiible: ,Andrew Jackson Case ,  lived in Spring Green, Nebraska, not far from Norton Kansas, and Beaver City Nebraska. Andrew raised Cattle and horses there, and was a local celibrity, having rode for the Pony Express in 1878. He and his brothers had sold razors and cutlery locally for their father in law, JBF Champlin & Sons Cutlery. Seeing a way to make income on the side, and get away from the tedious hard ranch life, their dad Job Case pushed hard to succeed there.  They contacted the local hardware and General Merchants in Beaver City about selling the Case Bros. Wholesellers of Cutlery Co. razors (very rare, never seen one, have you?), at  the time, this was their straight razor line  produced with this trademark, but marked Spring Green, Nebr. instead of Beaver City, Nebr. Sometime between 1890-1893, the brothers contacted their father in law, Mr Champlin , who had just started Catturaugus Cutlery, and ordered the first NACC contract knives, to sell at local hardware stores owned by Peck &Pettit, the largest store of this type in the area. Other local Beaver City merchants were Crutcher and Jones, Hadley Brothers, who were farmers and ranchers, and well known by the Case Bros.. But why did the Case Bros.  use the trademark , Case Bros. H.O.C. that they shared with the Spring Green line of razors? Although the brothers appeared to be legends in their own area, time, and their minds. The power of name recogntion was even more powerful, if you could legally use a national competitors famous name ,with minor changes, why not!. That name was American Cutlery Company of Chicago, Ill. This was a very well known cutlery concern, who Tom Ray and many more jobbers and saleman worked for in the midwest, south and western states! What better way to gain instant name recognition , remember in Brad Lockwood's book , about the Case Bros. and family history, the Brothers had been accused more than once of horse thief! A hanging offence, so what was a little trademark infringment!  I believe that is why there is very little legal documentation, the best cold trail is no paper trail. Remember many family agreements are verbal agreements!  As far as I can find, only one unseen by me, invoice exists of business between NACC and Catturaugus. Although I don't like to think of these cutlery legends as scalawags, I believe this was their own business decision, to compete with American Cutlery, and to sale cutlery in the midwest. It is here I would like to state from viewing photos of NACC Beaver City , Nebr. ,  that these bone handled pocketknives  were made by first: JBF Chanplin & Sons, and later Catturaugus Cutlery in Little Valley NY. I will also post a WR Case & Son (1902-) , another family connection!,a neat Tom Ray jack, showing the similar bone handles again, and another Catturaugus sunfish photo.  I have few more! Notes galore also.  Any questions or comments, please post. Thanks for looking.

There is some good information on the Barnsley Bros. Cutlery of Monet, MO in the rootsweb section of ancestry.com. It is interesting to note that US Barnsley , one of the six brothers, went to Washington D.C. for the Woodrow Wilson inauguration, recorded March of 1913. During the visit he" purchased a large stock of cutlery for the factory" in New York, but was it the city or the state. As this was a Barnsley family post, I assume the accuracy  of tales to be true. The cutlery firm could have bought the cutlery stock from Catturaugus (most likely) or from W.R. Case & "Company". I find in hard to believe the Barnsley Bros. purchased from W.R.Case, after being sued by Case over a contract dispute in Barry Couty Circuit Court in 1907-08. So was the purchase from Catt. Cut. Co. in 1913? Later, family tradition reports Case acquired Barnsley Bros. in the 1910's. Having fought W.R. Case in court, was the purchase of the company forced,  due to the dispute contract settlement. Or was it possible that Case Bros. purchased the BBCC of Monet Mo? That leaves more questions about Barnsley Bros.! Can it be considered a Case family company now? What Case factory purchased the cutlery. And was later knives Case made or Catt. manufactured? Check the website out , lots of period photos, and history of the company.

Some of the Tom Ray ,and possibly the Barnsley Bros. pocketknives were made by the firm of John Chatillon & Sons, Fulton New York, The company began in 1894 and closed 1n 1937, I do not believe this firm produced the Beaver City knives, but maybe the later North American Cutlery knives of the 1930's stamped: Witchita Kansas. Take a look at the next photos, John Chatillon & Sons was the one of first firms to produce a sunfish or elephant toenail, based on their early advertisments!

Got 'cha a hard to find toenail brand there- good job! If you haven't been there yet, you will find tons of toenail research at my site- www.elephanttoenails.com. Hope it helps.

Thanks Scott, elephanttoenails.com is an awesone site!  a great source of the vast knowledge of advanced sunfish / toenails collectors! It holds a gold mine of rare, scarce and common sunfish photos, for the newbee and advanced collecter. My hats off to you. Rick

If you wonder just what Beaver City Nebr. looked like back in the Case Brothers day, here is a photo I dug up.

Got 'cha a hard to find toenail brand there- good job! If you haven't been there yet, you will find tons of toenail research at my site- www.elephanttoenails.com. Hope it helps. 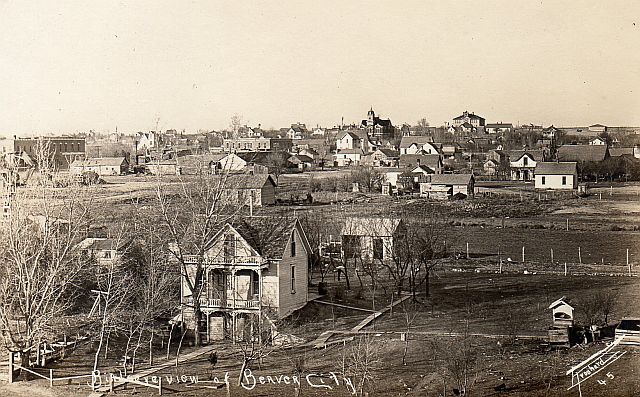 Those were the days!

In what is probably a much bigger city today!

Haven't looked yet, may go to city search to check it out. Notice, there's  not a car in sight, or cable TV lines, McDonalds, Walmart , pizza parlor or a check cashing joint. How could they survive without'em!

In what is probably a much bigger city today!

Hey Guys check this out on ebay

Jan Carter left a comment for Stanley May
10 hours ago

Jan Carter left a comment for Bill Stauffer
16 hours ago