The Saga of Lefty

Lefty was a precocious child.  He studied his lessons and was obedient to his mother.  He

dreamed of one day being the dominant buck.  Oh, but poor Lefty. That first year he only The other young bucks made fun of Lefty.  They constantly teased him and called him "One

Horn".  But Lefty was determined to show them.  He said, "You guys just wait.  I’ll grow two

antlers next year and I will have a better rack than any of you!"

But, alas, when next June rolled around and antlers were growing, Lefty started growing only The other young bucks just increased their teasing and laughing at him.  Lefty was so

downhearted. He was afraid he would be a freak all his life. But as time progressed Lefty

started growing another antler. His spirits picked up.  He told the other guys, "I’ll show you.

I’ll grow this antler and still be the dominant buck!" But try as he might, Lefty could not grow more than a spike on his right antler even though

his left antler had a nice four point spread. Lefty was so disappointed that he began to believe that he would never have a good rack, let

alone be the dominant buck.  He began carousing at all hours of the night.  His mother

pleaded with him to come home and straighten out his life.  She told him that being a fine

buck and leading a useful, productive life took more than just having the best rack. He wouldn’t even take part in the buck games with the other guys. But the next June things started looking up for Lefty.  His right antler was growing and

starting to fork!  Lefty’s spirits soared.  He thought he still had a chance to realize his dream.

He began to straighten out his life. But Lefty’s dream fell short.  His right antler only forked once and grew no brow tine.  His

dream of being an eight pointer by winter was shattered.  He went back to his vagabond 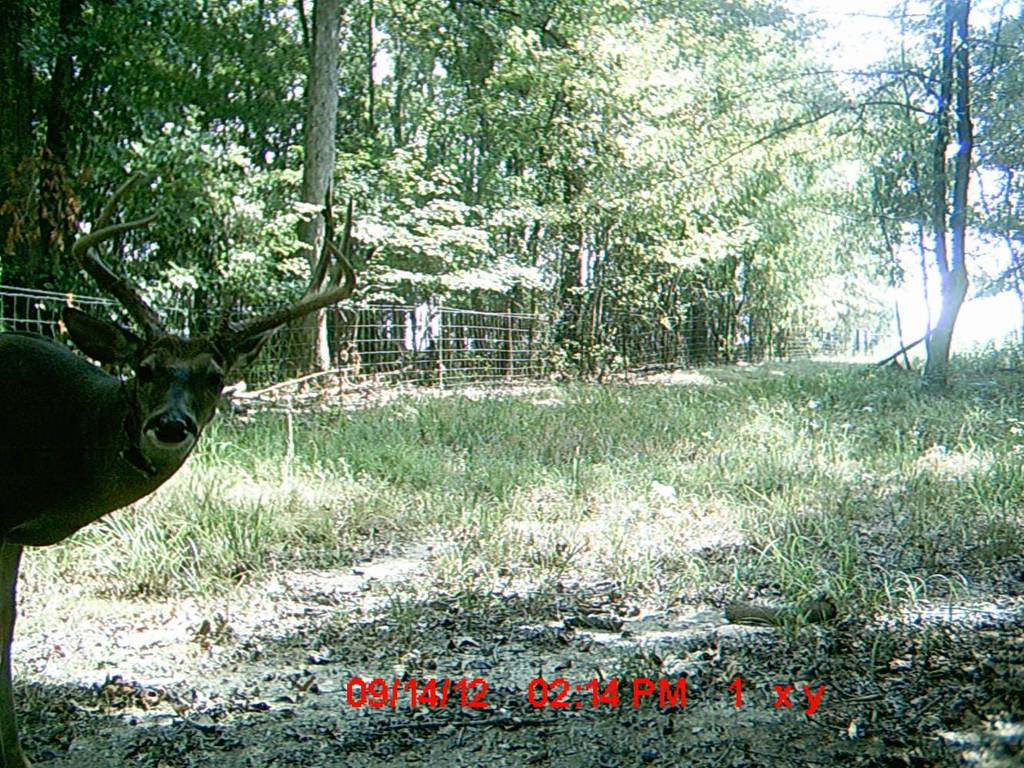 Then it happened.  On January 21, 2013 as shooting light was rapidly fading, Lefty was

chasing another doe with nothing else on his mind.  He should have been paying attention to

what was going on around him. Poor Lefty, cut down in the prime of his life.

The moral of this story? Chasing women can be hazardous to your health! 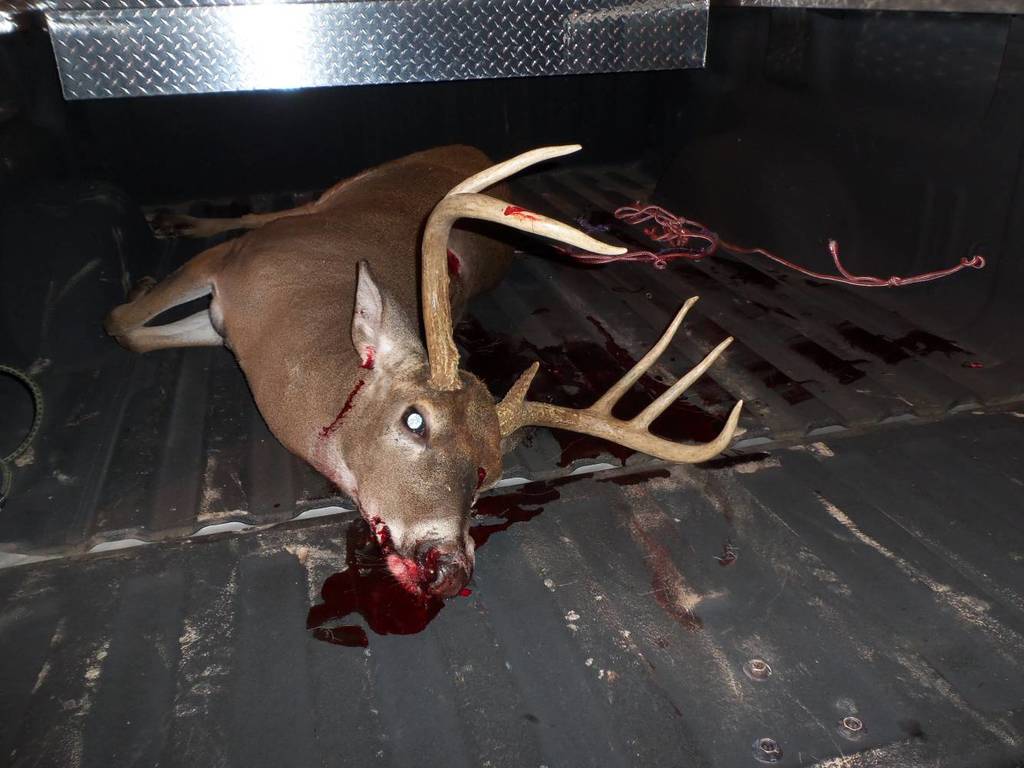 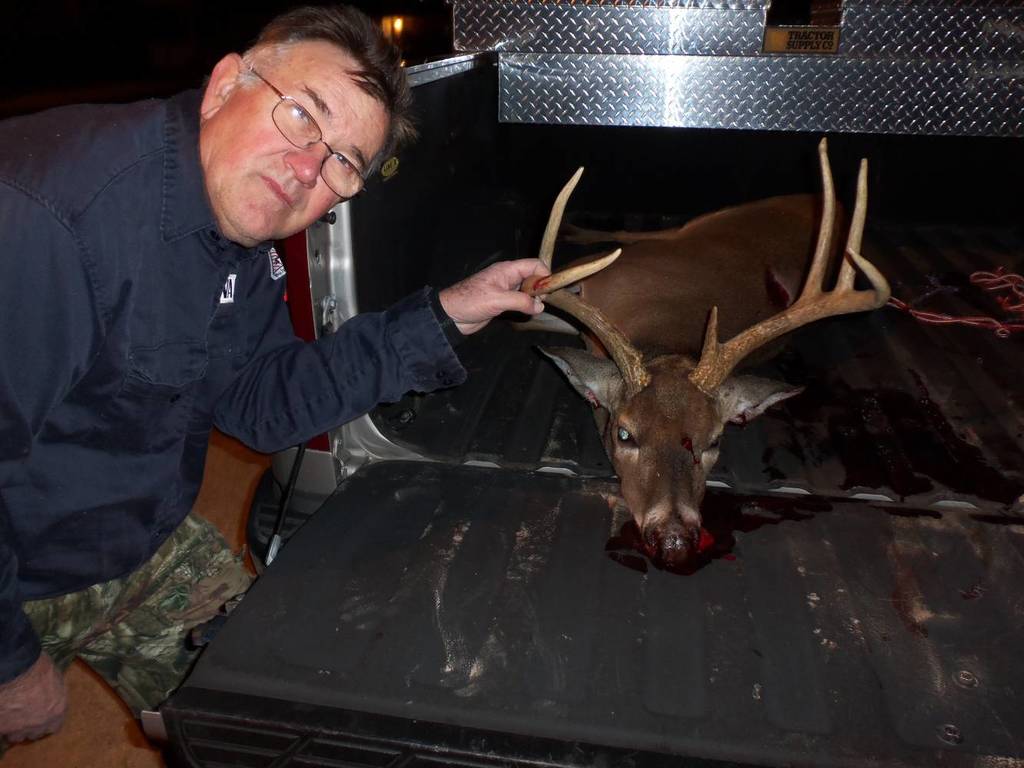 Ah, but this was not the end of Lefty's story.  Even though his antlers never met his expectations in life, they will forever be immortalized in this one of a kind custom knife.  The scales on this knife are his antlers. 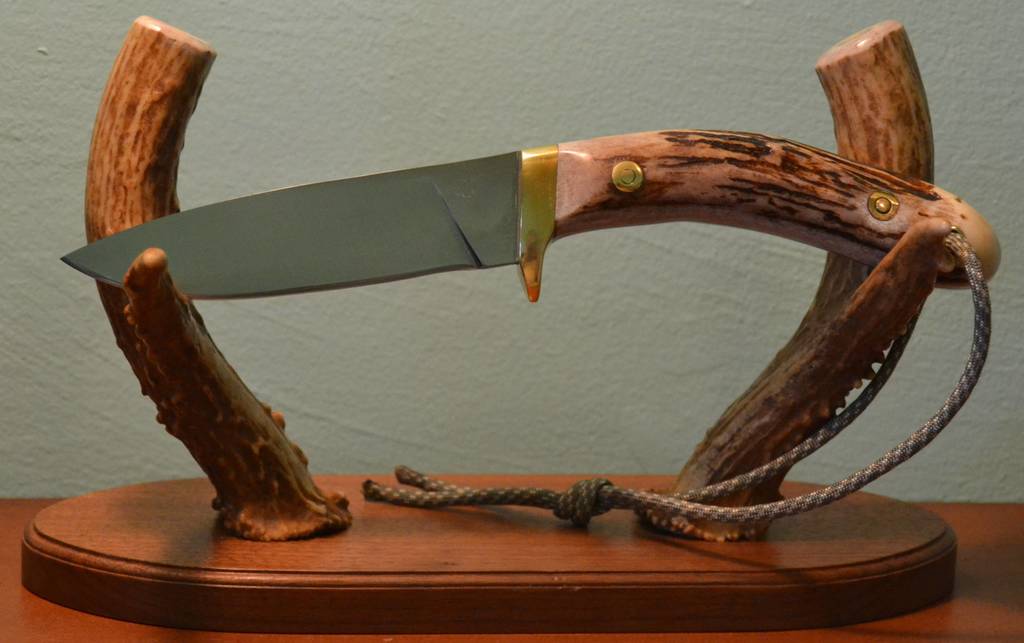 Hey Charles, great story and photos. Lefty, turned out a nice buck after all and lived a full free life while here on earth, alot better than some animals in our food chain. Please, feel free to write us some more hunting and fishing stories, we enjoy them. I hope to add some my self as my health improves. Thanks again, good buddy.

What a great story, I thoroughly enjoyed it!  I am sure Lefty enjoyed his time!

That was excellent! Thanks Charles!

That was a great story! I wouldn't have seen this story had you not referenced it in the photo of you Lucas hunter.

As inferior as his rack was upon his head, they made some excellent knife handles.