Gone But Back With Bucks Of Course!

Been away for awhile, just got busy musically lately so have been a bit distracted with that after a 10 year absence, but of course collecting knives is still a passion, nothing has changed there. I have even lost track of all the knives I have gotten since my last post, but here are the knives I most recently got, there were a few others but I will post them when I get the chance. I have had a "thing" lately with Buck 310 Whittlers, (love 'em because they are rare and cool), and though they were hard to find for awhile they seem to show up for sale more often recently. Of course I try to get every one I can find while they are seemingly more abundant, and ended up with 7 as of today, (still looking for more). What's strange is the the one that has a 2019 date stamp on the tang. As far as I know they were discontinued by around 2000, which was the last time they were seen in the Buck catalog, but apparently Buck or someone with a lot of #309/310 blades laying around is repairing them and sending them back out. Which is also a bit strange as Buck has not produced #309's for quite some time either. How else would a Buck #310 Whittler show up with a 2019 date stamp? I also saw one with a tang stamped as a #309, not a #310, those are truly rare but unfortunately I lost that auction. All of those anomalies is what prompted me to keep buying them up as soon as I find them, because in knife collecting an "anomaly" can be a good thing. The dates I have are: 1994, 1997,1999(2), 2001, 2003(wooden display box), 2019. Considering that the 300 Series itself is disappearing from Buck's offerings I find it very interesting to have such a spread of date stamps. I once sent a '72-'86 #305 in to Buck to repair the master blade, they declined to do it and just sent me a new #305, that makes me wonder whether Buck is indeed replacing master blades on these 20 year+ old frames, or do they come from another source? I don't know, I'm supposedly a 300 Series expert and I don't know. Oh well, here is a 310 Whittler family photo.

I also recently got a 2019 #119 Special Fixed Blade because I just couldn't refuse the Walmart sale that was going on, and wanted one anyways. I also recently got a truly rare item, a #322 Congress, an SFO for SMKW from the 90's, (no date stamp, no model number stamp), this one surprisingly having been well used and sharpened, but still razor sharp and very usable, (they were expensive when new, I rarely see them in such used condition). I carry that one as an EDC now, preserving the unused models of that knife that I have for posterity. I think I posted photos of the other ones in this blog a while back, so scroll back if you want to see them.

Hopefully I can stop buying musical equipment for a while, and start seriously searching for knives again. Sorry I was away for so long but like it or not I'm back! 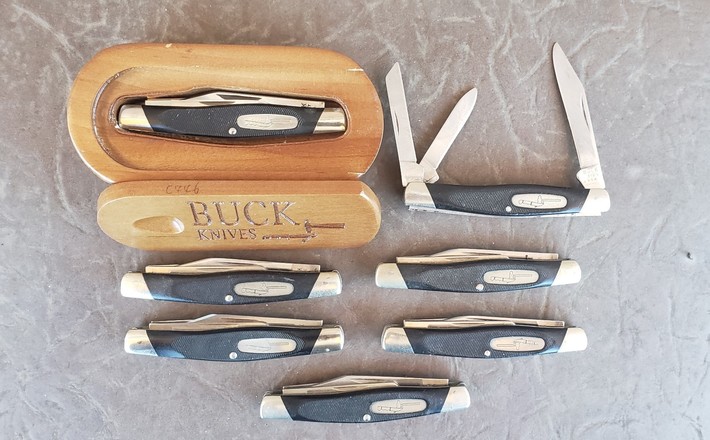 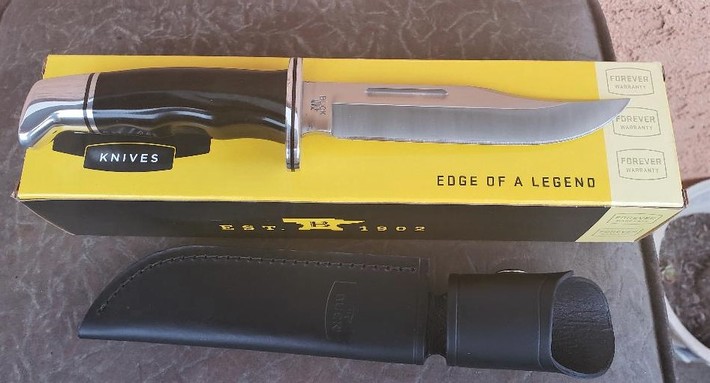 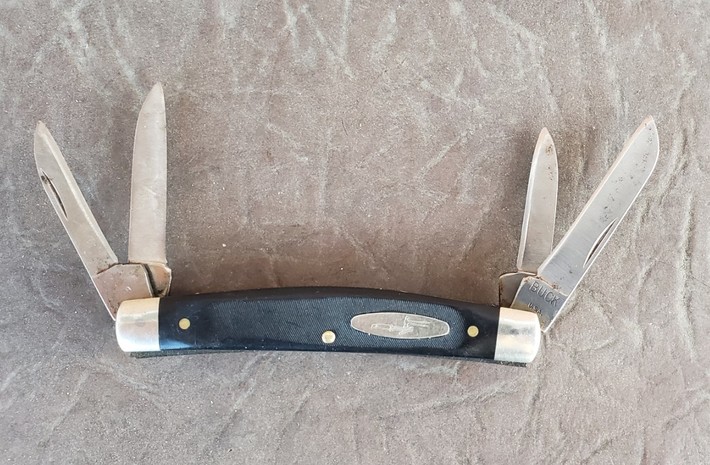 What you stated about sending your Buck #305 makes since. My whole family is into the the "original state" of things. My dad sent his Rolex in for cleaning and a tune up - came back with newer edition parts and face - not the original cleaned as was expected. Lessons learned for us - my son worked with Gerber directly and  negotiated strict instructions to have his 1980 Gerber Command II knife worked on. It came back "refreshed" as desired...not replaced.

One thing you have here that most can't say in the same way...and that is you have a herd of Bucks! Nice......