The Cutting Edge: Hidden Gems - the ugly ducklings of knives

We all have them…those knives we bought some time ago…years maybe…that we really did not intend to add to our collections. We see them as disposable tools, junk knives, knives not worth mentioning or are too embarrassing to admit you ever owned.

I have a handful of such knives – those blades I purchased for a specific need at the time and really didn't care if I ever lost it, broke it, had it stolen (no such luck), or just neglected it because I no longer cared about it.

After joining iKC, I decided to gather up everything I own with a blade attached just to see what sort of collection I might have to brag about. While I don’t have a single Al Mar, Loveless, Porter, or Randall to my name, I do have a few contenders to brag over…and so I am confident I can “hang” with the big boys on this site.

Then I took another look at some of my lower valued pieces – those nameless, faceless, unloved knives never ever mentioned unless it’s used for Bad Review fodder…in which case nobody cares anyway. Here is what I have, and what I found out. The scoop on these isn't enough to make me go out and buy deluxe walnut and crystal display cases to show them off, but I will treat these with a little more appreciation.

My first ugly duckling is my Schrade Viper CH7, a member of the “Cliphanger” system. This is a model I bought in 1994 in some rural Texas community Walmart while installing a telephone central office. I needed at the time a knife I could beat up while cutting the insulation off power cables and perform other crap duties. The price was right - $9.99, so I bought two of them. I threw one in the tool box, the other in the trunk of the service vehicle. It’s ugly, it’s cheap, and no one goes around saying “Hey! Wanna see my new Schrade Viper!”

Jump forward now to 2015 and a new perspective. Schrade, the original maker of the Viper closed its doors in 2004. Taylor Brands LLC purchased all of the Schrade intellectual property, designs, and models, so now we have Schrade’s that are “then” and “Now”. OK…so I have an original Schrade. Did a quick check on Ebay for a sense of current market value among the masses and low and behold, uglier ones than mine start at $12.00! Sweet! Values have gone up for something I would have just as easy thrown away. Does this make the Schrade Viper a swan? Not even close…but it has changed my perspective on keeping it! 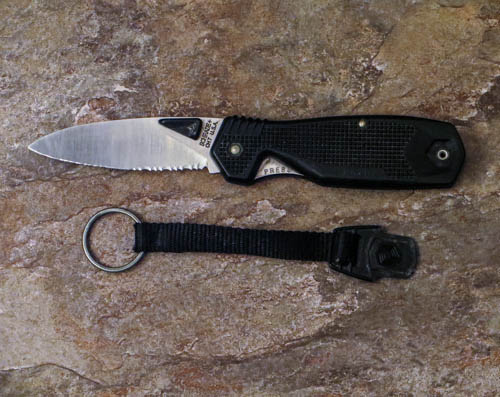 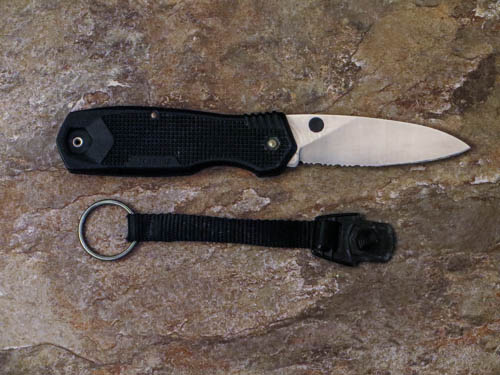 My next ugly duckling is not really ugly. In fact, it’s the respectable Victorinox “Money Clip” multi-tool. Again, I purchased this to supplement my work needs while in Guam for several months in 1995. At the time, the multi-story K-Mart was about the only place on the island to get tools, so I picked this gem up to use for some labeling work needed. Using a Brother label maker, this multi-tool was ideal for cutting labels to size, peeling off the back and placing the label onto the printed circuit boards. Upon returning home, I threw this little guy in the desk drawer and haven’t used it since. Going through my records, I found where I expensed this tool for $13.99.

Jump forward to 2015, and I can’t touch this knife…err…multi-tool for less than $18.99 new on Ebay, and the used ones are the same price using the Buy It Now feature. Victorinox.com is selling it for $39.99! So again, a potential swan in the making. 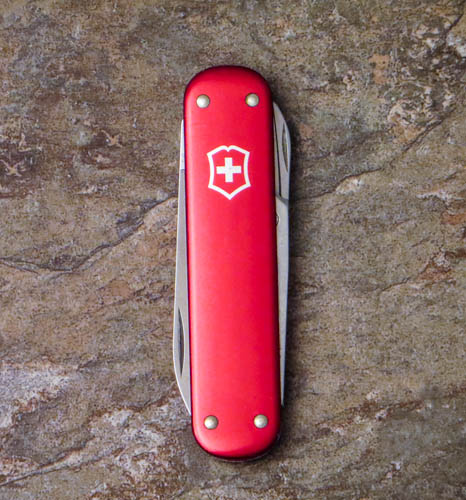 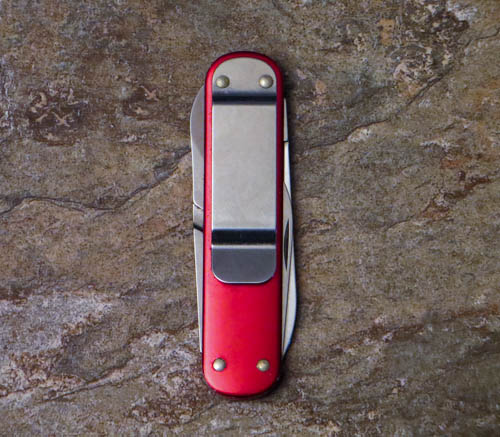 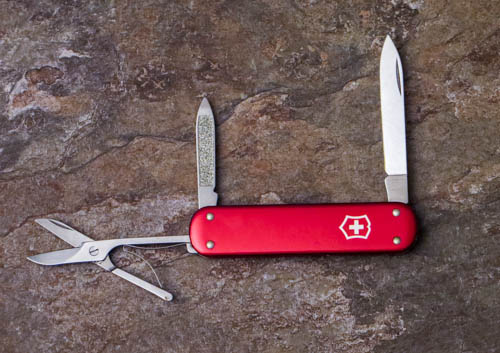 And last but not least, my Schrade 1540T Old Timer. Purchased in 1978 as part of my tool belt kit when I started in telephony, it was retired from active installer duty in 1987. The 1540T started a second career as my main go-to tool in the wood forge, and has held that role since. Used for darn near everything I do in the shop (including some light duty hammering), it has seen its years of abuse and poor sharpening techniques via the orbital sander.

But you know, as friend, it loves me back through the service it continues to provide.

Jump again to 2015, and the same facts about Schrade I spoke of earlier apply to this swan as well. In fact, I can’t find another 1540T to get a true sense of value. At this writing, I found only one on all of Ebay for $280.00, and I get the other nine Schrade’s with it for free. So that one doesn't count.

In looking for a replacement (perish the thought!), it appears I’ll have to settle for the 1580T instead – the 1540T with a gut hook. Nah…not the same. And neither is the 1520 Sharpfinger – I can get those anywhere and by almost any maker these days….well, a similar pattern anyway.

So it looks like I’ll need to start treating my faithful friend with a little more respect and care….pick the dried glue from its collar, and give it a good cleaning and a proper sharpening. No – on second thought – that will ruin the love affair! 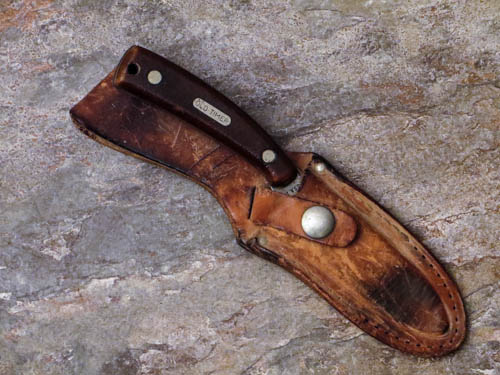 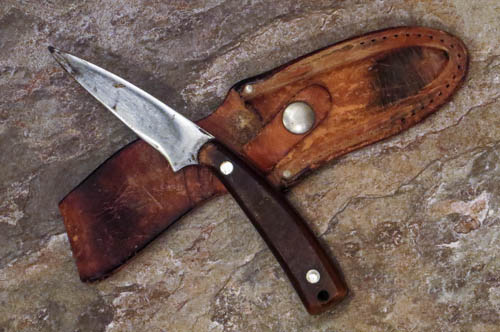 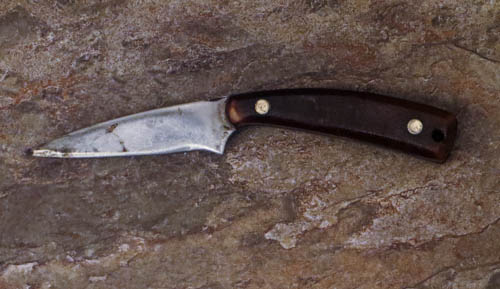 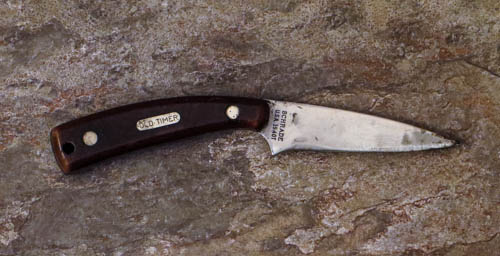 Each of these knives have a story...some I didn't even know about. Of course we don't collect knives just for the investment value (although for the cost of some you'd think we did!). No - we collect these gems because we love the tool - those that are beautiful and noteworthy, the workhorses, and the ugly ducklings alike.

So what ugly ducklings do you have that may need a second look at? Got any hidden gems you would like to share?

good to hear from ya lars

Thanks for your comments John - particularly regarding the Old Timer - sage advise that I think I will follow.

And Steve - great pics of your ducklings...er...swans!

keen kutter big hunter & a wide blade orca.  sounds like they're still performing for ya hog.  like em both!

GREAT THREAD LARS.....I called them ugly ducklings because these are not the "glam" knives we typically go out and seek. But after a second look, they're not so ugly after all!

Okay Lars I will take a second look at my unloved knives but I think mostly they are junk !

That Old Timer isn't junk as it has done sterling service and has the scars to show it . Would be wrong to clean it up I think ,then it would just be an other Old Timer.

Good thoughts Steve - thanks! This thread has more to do about taking a second look at some of our knives that we really never thought about from a collecting standpoint. By reconsidering their value - not just in $$$, but in their role today as a rediscovered tool or a new addition to your collection rather than junk drawer. I called them ugly ducklings because these are not the "glam" knives we typically go out and seek. But after a second look, they're not so ugly after all!