I have two other knives on the way, but this came in first so I'll share it first. This comes from a Facebook Camillus Collectors group member who lives in New York, and knows one of the former managers of Camillus, who now has a knife shop near the Camillus Museum. These Remington Bullet Knives were found in a box just prior to the auction, and his friend managed to grab the box among other things, including the already to install parts for these knives, (but without the engraving). He is making a non engraved version for the guy I got this from that has no engraving and he will make it a user. The silver bullet shield is actually marked as Sterling, and the knife itself is of excellent quality. Beefy jigged bone handles, very heavy in the hand with spectacular engraving. The tang is marked UMC, and I asked about that, and according to my buddy UMC owned Remington at the time, and that all their knives were made by Camillus. Apparently built as presentation knives for Houston Gun Collectors, actually engraved not just imprinted, apparently they hadn't sold them all and stored the excess knives in a box, so I guess we could call this New Old Stock as they were already assembled. The guy with the knife store, who used to be a manager at the plant, is where my buddy got it, and he knows too many details to be making this all up. This one is #2615 of 5,000. It also has a small "1993" stamped on the front side which I confirmed as the year of manufacture, and has "RA356" stamped on the pile side, which I bet is the stock number Remington used.

This is my first US-made Canoe knife, and like I said above it is very well made with tight, centered blades. It's heavy due to its size and thickness of the scales, plus it fits my not-so-small hands perfectly. It would be cool if 1993 was the actual manufacturing date, (I kinda think it was), that would make this especially meaningful to me because my daughter was born that year, and I actually collect knives from that year to honor her. I always have at least one 1993 knife on me on any given day, (either a Buck or a Case). This will of course be a shelf queen, and I hope my heirs have fun wondering how I am connected to Houston Gun Collectors, (snicker). I just looked this up on ebay and they have been selling for nearly $200, so if that's true I got a screaming deal!

More knives tomorrow, (yes I'm an addict, get used to it!!). Here is the website of that knife shop: 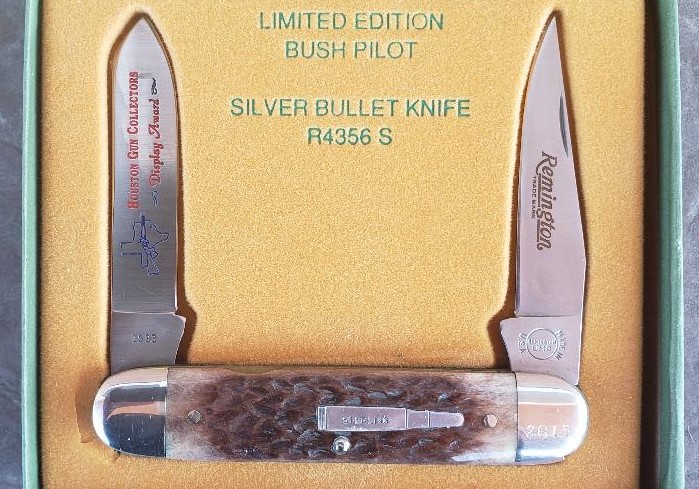 Thanks for sharing this Syd. I sent the guys over at Rock USA a note and the attached picture. 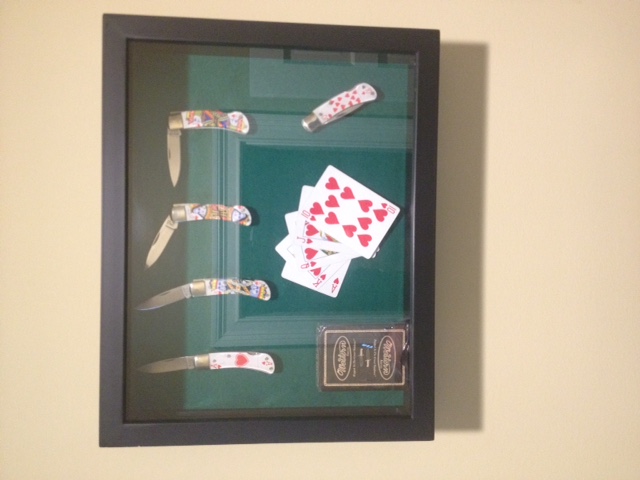