If I didn't mention it before my daughter was born in 1993, and my grandson Michael was born in 2014. Therefore I collect knives made in those years, it's kinda like popcorn, once you start you can't stop. It's the main reason I collect knives in the first place, to pass them down like my dad did for me.

The newest 2014 arrivals are pictured below, a 2014 Buck #501, and a 2014 Case #10254 Large Trapper in smooth Black Canvas Laminate, which I like very much by the way. I already have several 1993 Bucks in various models, and a 1993 Camillus Stockman I mentioned in a past blog post, but during a search for a sheath for this new Trapper, (I prefer to carry Large Trappers in a sheath), I found a 2014 Buck #301 Stockman I forgot that I had. So, in 2014's I have a Case Russlock Drop Point in Raspberry Jigged Bone, the aforementioned Buck #301 Stockman, and now a Buck #501 and a Case Trapper. That should be enough, but I will forget I said that and will be surfing for more in about an hour I'm sure. I spoke with my daughter today to ask if she wanted one, and she said she wants me to keep them and use them, (she will get them all someday anyway), I guess she gets it now about how cool it is to own something your father handled and used, like my dad's 1926 Kinfolks K380 Skinner that he bought as a birthday gift for himself in 1926, and later gave to me.

This is my first Buck #501 and I must admit I kinda like it, small but large enough to fit my hand. This one came as sold with it's genuine Buck sheath, though it could use a sharpening from Buck, however I can do that myself if I wasn't so lazy about stuff like that. I did find a sheath for this new-to-me Case Trapper, an East German magazine holder for pistol clips I got from a surplus dealer, (for 5mm "Stazi" police pistol cartridges I was told), they are perfect for large trappers, (photo below). I had to eject a nice #329 Smooth Yellow Delrin Buck Trapper, (I have 3, so this was an "extra"), from the sheath, but it will look nice in my EDC tray, though I probably won't ever use it because that model is an SFO. Like I said these will be users and will now reside in my EDC rotation.

Well, it's getting close to NFL time around here, so cheers till next time! 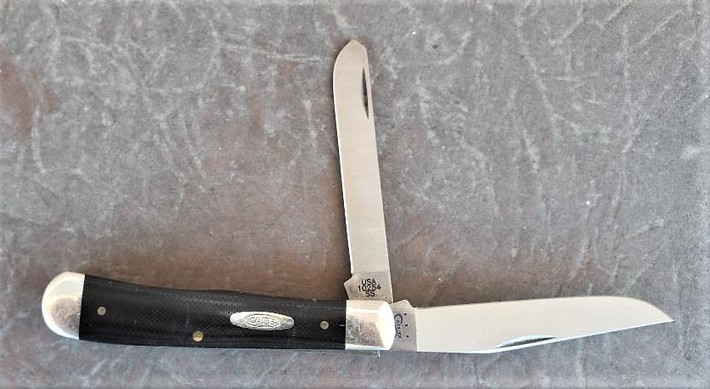 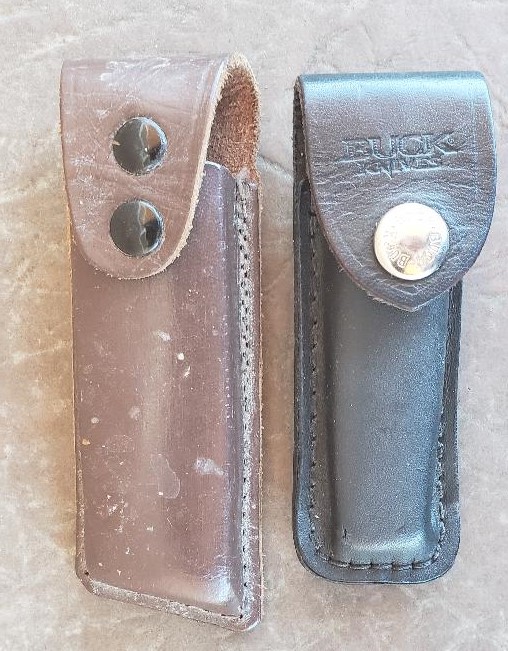 KnifeMakerSteven DeVries left a comment for Gus Marsh
5 hours ago

Steve Scheuerman (Manx) left a comment for Jace
11 hours ago