Finally!! I've been looking for a Buck Bone version of this particular Buck SFO for years, and I was finally able to find and get one. The #333 California Toothpick in Genuine Jigged Bone handles, (Buck Bone). I found one a couple of years ago but couldn't afford it, so I just satisfied myself with the Stagalon version. After that I don't remember seeing a Buck Bone version for sale until just recently. Then all of a sudden this version is all over the place, so if you want one now is the time. I didn't want to miss this one so haggled with the seller to get this one at a decent price, (still expensive though). Here it is with the corresponding Stagalon version. I believe these were the only two versions of this model made, that means I now have all versions of this model. That also makes my Buck 300 Series SFO collection complete except for a #334 in Black Smooth Delrin, the guy I got this Toothpick from has one, but two expensive knives at the same time isn't possible at this time, maybe next month? The seller has been a honey hole of collectible Bucks, and I also got the #334 Trapper I do have in Genuine Stag, numbered 82 out of 1000, from this same seller.

Below, the family photo shows models #322 Congress in Black and Yellow Sawcut Delrin, #329 Freedom Trappers imprinted and plain Yellow Smooth Delrin, #331 Large Grandaddy Barlow in Yellow and Black Sawcut Delrin, also Genuine Jigged Bone, #332 Small Barlow in Yellow and Black Sawcut Delrin, #334 Large Millennial Trapper in Genuine Stag, numbered and limited production, (#82 of 1000), the Smooth Black Delrin version will follow soon. There also was another model number, it had two #329 Trappers, one in Delrin, (or maybe Buck Bone), and one in Iron Wood, it came in a gift tin as a single model number, (#330). I'm not sure if that was considered an SFO or not, but I suspect it was not.

However, I am also wondering about the #329 Trappers in general, they have the model number on the tang stamp, and SFO's aren't supposed to have numbers on the tang, (none of the rest of these do), so these might just be rather rare as opposed to being SFO's. I know the imprinted version originally came in a gift tin, but I don't have that either. So as far as I know the knives pictured are every model of Buck 300 Series SFO's, (that I know of and I know quite a lot). The guy who got me started on the 300 Series years back, (300bucks on AAPK), once told me I would be hunting for "versions" for years, and he was right on because here I am, I'm still looking. At least I have all the model numbers of not only the SFO's, but all models of #300 Series made by Camillus up to 1986, so in my mind I have them all. When I figure out a good way to picture ALL my Buck 300's I'll post them, but that isn't as easy as it sounds. For the time being the bottom photo is an advertisment Buck put in their catalog in 1985, I have every model on that page. I'm also attaching another photo showing all the 300's, (plus other various knives on the bottom, sorry for the dark photo). I do have several other Bucks of various models in sheaths for EDC duty, but all the model numbers of the 300 Series is represented in these photos.

I have a #305 Clipper coming soon, a model with a master blade and tiny scissors, I will post photos when it arrives. I already have a Blue version. and now have a Lavender version coming, they also made red, pink, black, & yellow, and ??. So. the hunt goes on. 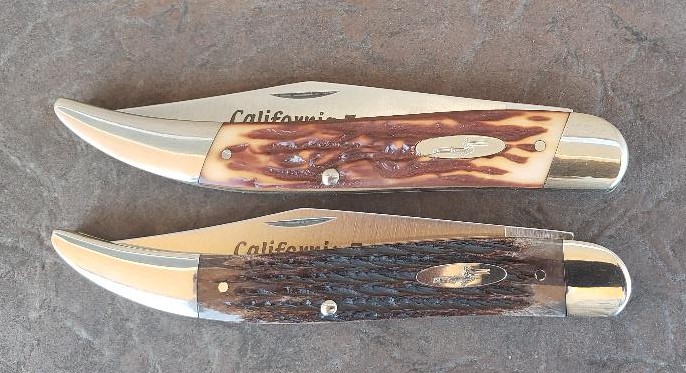 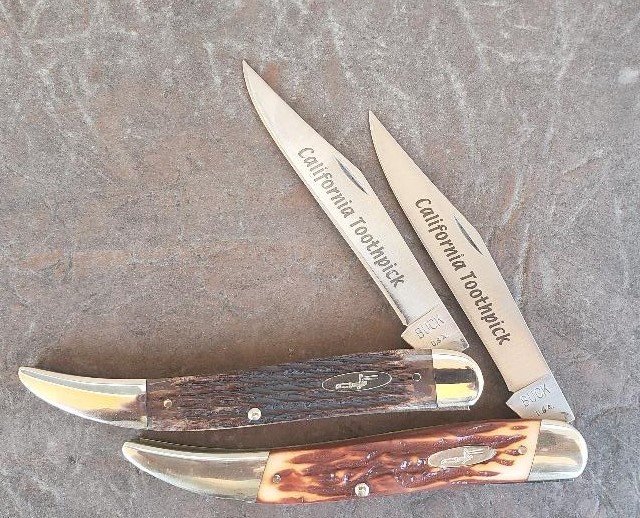 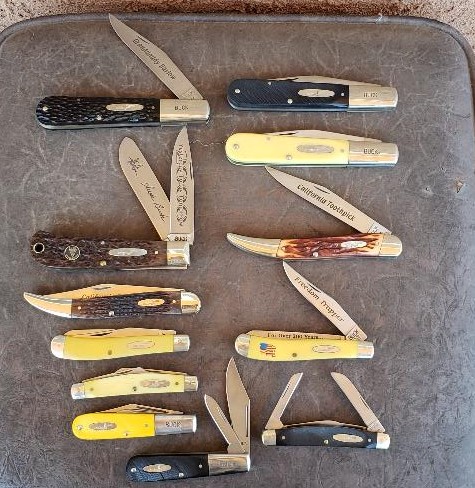 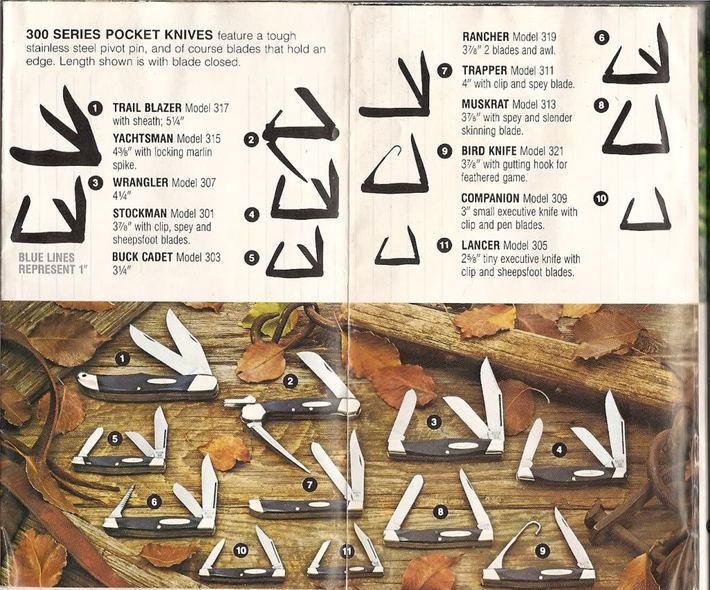 William F. Grizzell is now a member of iKnife Collector
8 hours ago
Welcome Them!

Jan Carter replied to d. freeman's discussion Need a little help from the experts. in the group Ka-Bar Fan Club
15 hours ago