Just a little list of knife brand names and trademarks known to be associated with, or manufactured by Boker. (Both in Solingen and USA):

Boker Plus - Boker's current "international" brand. Made in Tiawan and China.

Casa Boker - Hardware store founded in 1865 by Robert Boker. Sold knives and hardware improted from USA, Germany and England. Known as "the Sears of Mexico".

H. Boker & Company - Founded in NY in 1837 by Hermann Boker. Imported cutlery from Germany. Began making knives in the US with the purchase of Valley Forge cutlery in 1899.

H. Dorwal - Knives made by Boker in Solingen, distributed by the Remsheid Bokers for the Canadian market.

Heinrich Boker - Official name of the factory in Solingen. Opened in 1869.

Hen and Rooster - Boker made knives under contract in Solingen for Frost. Recent.

Henry Boker - Brand name associated with the Remsheid Bokers. Mostly sold in Australia. Also used on many hand tools in that country.

John Primble - knives sold by Belknap. Boker USA made knives sold under the Primble trademark from circa 1940s - early 1980s. Primble knives made by Boker have a star on the pattern number stamped on the tang.

Magnum - Knives made in China.

Tree Brand - The Boker brand, USA and Solingen, as it is sometimes called.

Tree Brand Classic - trademark patented in 1974 - used on knife patterns that have been around for a while...

Valley Forge - Company purchased by H. Boker & Co. in 1899. Closed original plant in 1921, but continued to manufacture Valley Forge knives alongside Boker USA knives in the Maplewood, NJ plant until the 1950s.

Wright & Wilhelmy (Omaha, NE) - Made by Boker and Ulster

Got any that I missed?

It is entirely possible, although I have never seen any documented evidence. In one of my sourcebooks, BONZER is mentioned as being German made circa 1950-1980. Some have suggested that it may be an attempt to ride the coattails of the BONSA brand, but that is unlikely since BONSA was not a well known brand either.

I am beginning to wonder if BONZER may have been made for the Australian market. BONZER is slang, meaning "excellent, awesome, great, fantastic" or something along those lines. Wouldn't surprise me at all if Boker, Klaas, Henckel, or Olbertz made them for export to Australia...

is it possible they made a brand called bonzer?

That is only the second time I've seen reference to the Tree trademark being registered in 1867. Most resources claim 1869, when the new H. Boker knifeworks were built in Solingen. However, it is documented that H. Boker & Co. in NY was using "the representation of a leafless tree" as early as 1867! Here's a few other trademarks used by Boker:

Radium was trademarked by Boker in 1904.

Baumwerk is German for tree works. 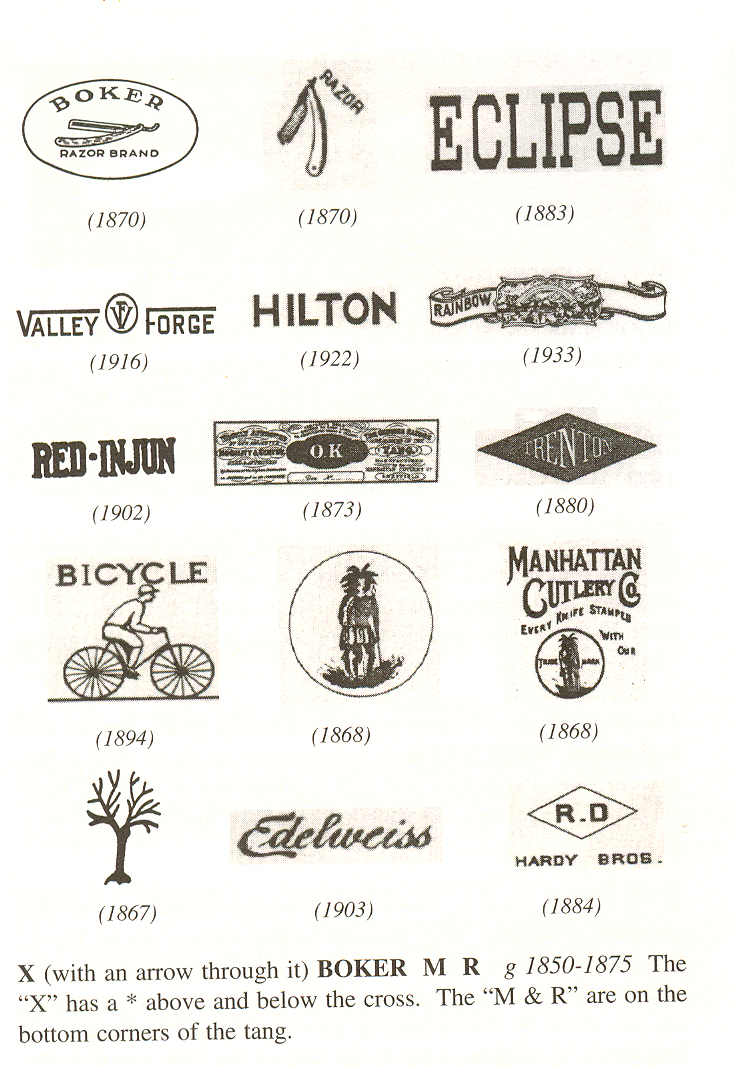 J.J. Smith III left a comment for Rparsons
17 hours ago