So I bought some new Barlow's to celebrate April Fool's Dasy!!

I'll describe the picsd for you.

The first is all 3 knives displayed with blades open.

Pic 2:  The bolster of the Russell Barlow

RUSSELL in a half-circle over

Pic 4:  the exciting pic, is the Russell again.  Etched on the large blade is the word:

SECOND   pretty clear even in the pic!

Most of you know that Russell -Harrington repaied arlow's for members of their Barlow Bearcats Club that was initially formed by a reporter for the Louisville Courier-Journal Newspaper.  Any blade that Russell replaced on these knives was marked with the etching SECOND.  These knives are now pretty rare.  This is actually the first example that I have been able to get my hands on.

You can find info on these knives on page 238 of your Goin's book aout cutlery markings.

Pic 5:  A Pine Knot Barlow tang marked with the company name over a logo that appears to be a tree with a knot.

Pic 6:  The handle of a Maher Grosch Barlow.  This knife is fully made out of steel and this handle is marked just as many wood and bone handles are.

Pic 7:  The tang of this same knife, marked MAHER & over GROSCH

I like this steel Barlow a lot.  It's the first I have seen.

So two firsts for my collection today:

*  A Russell Barlow marked SECOND on the blade which belonged to a member of the Russell Bearcats! 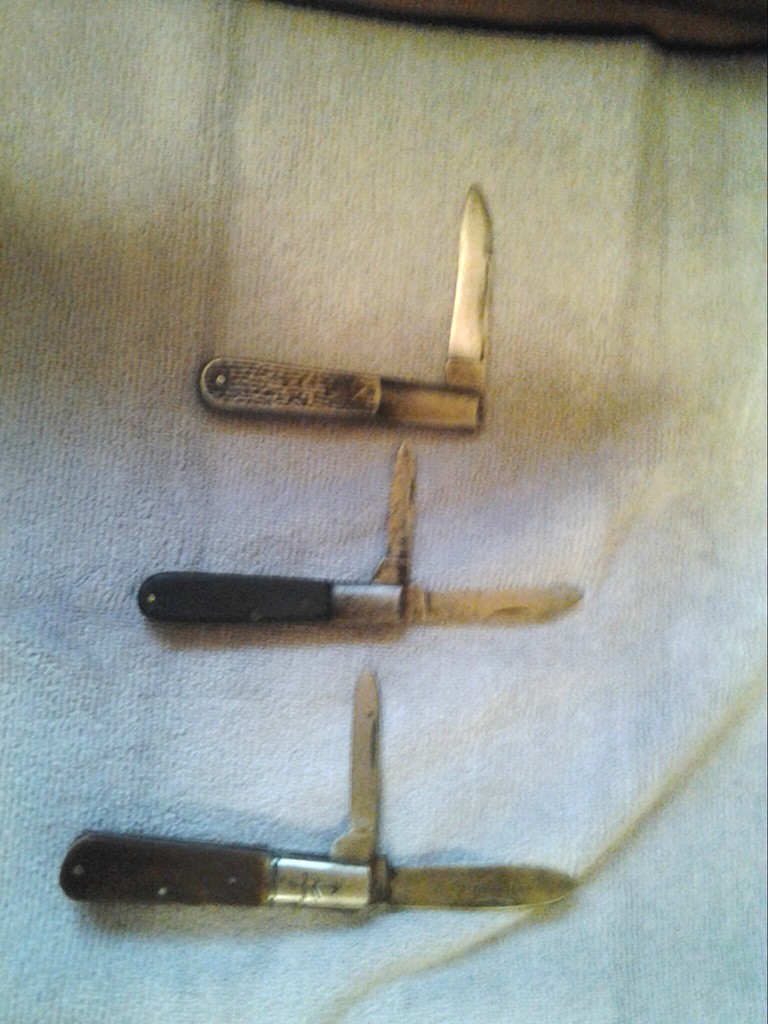 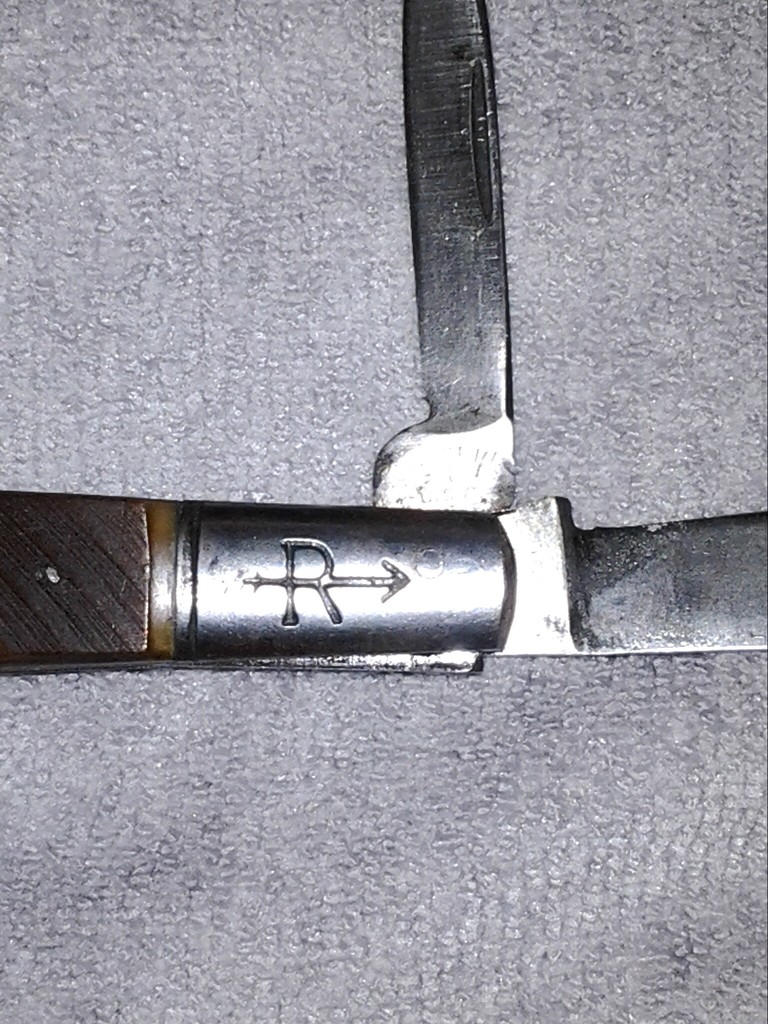 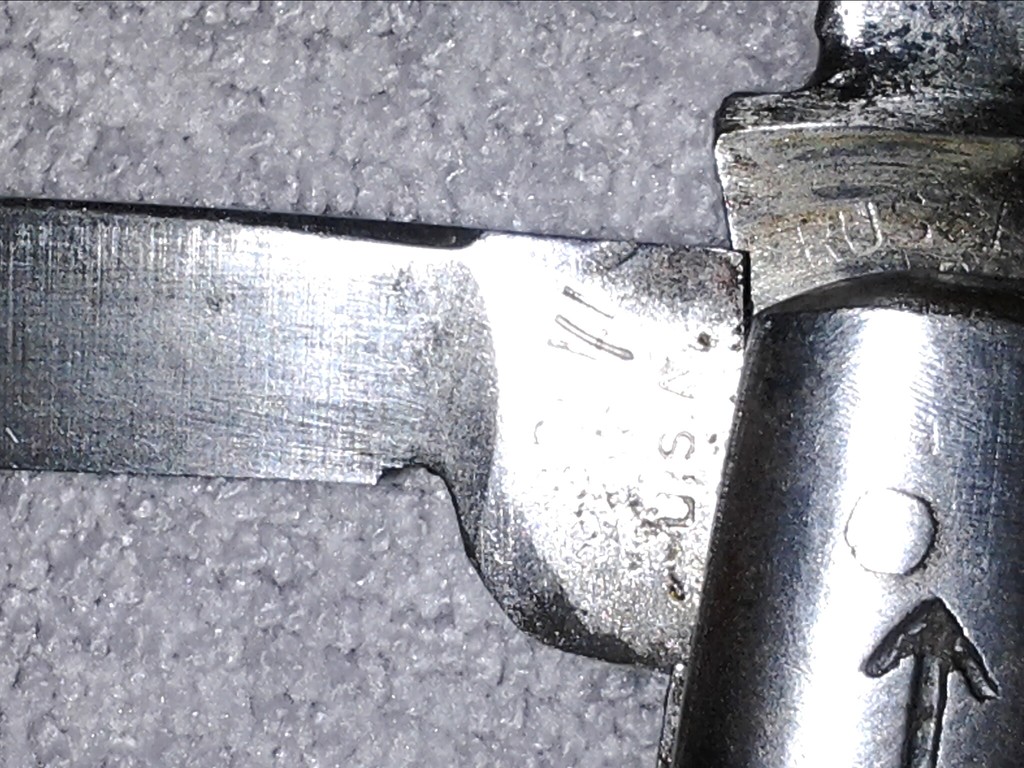 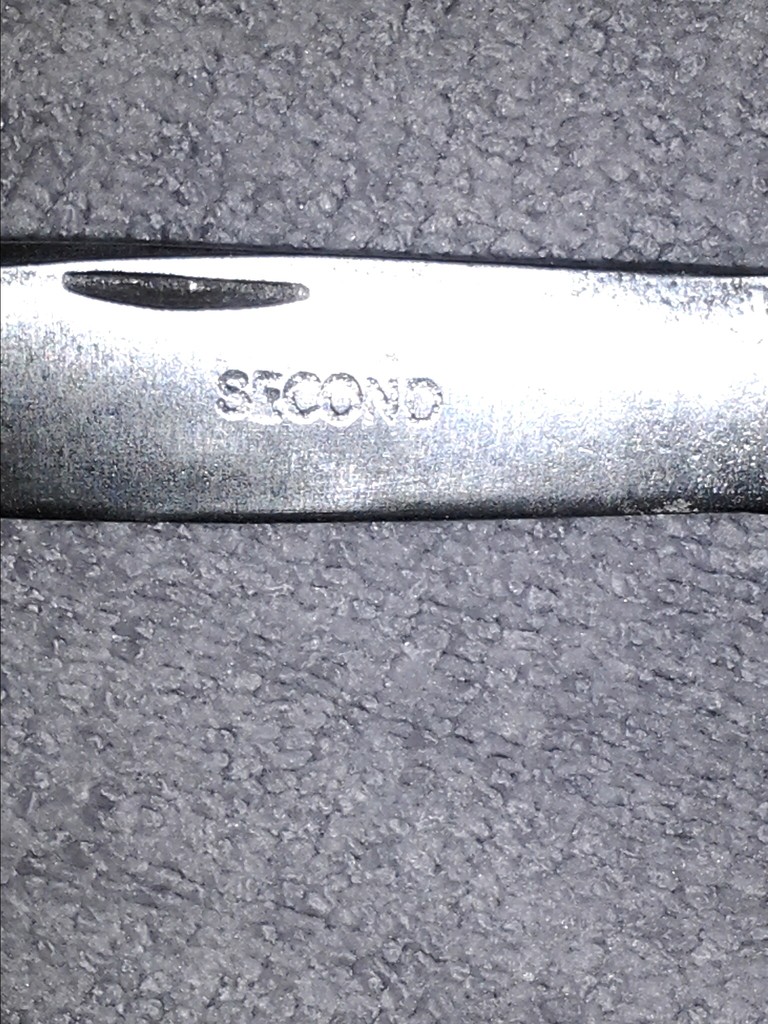 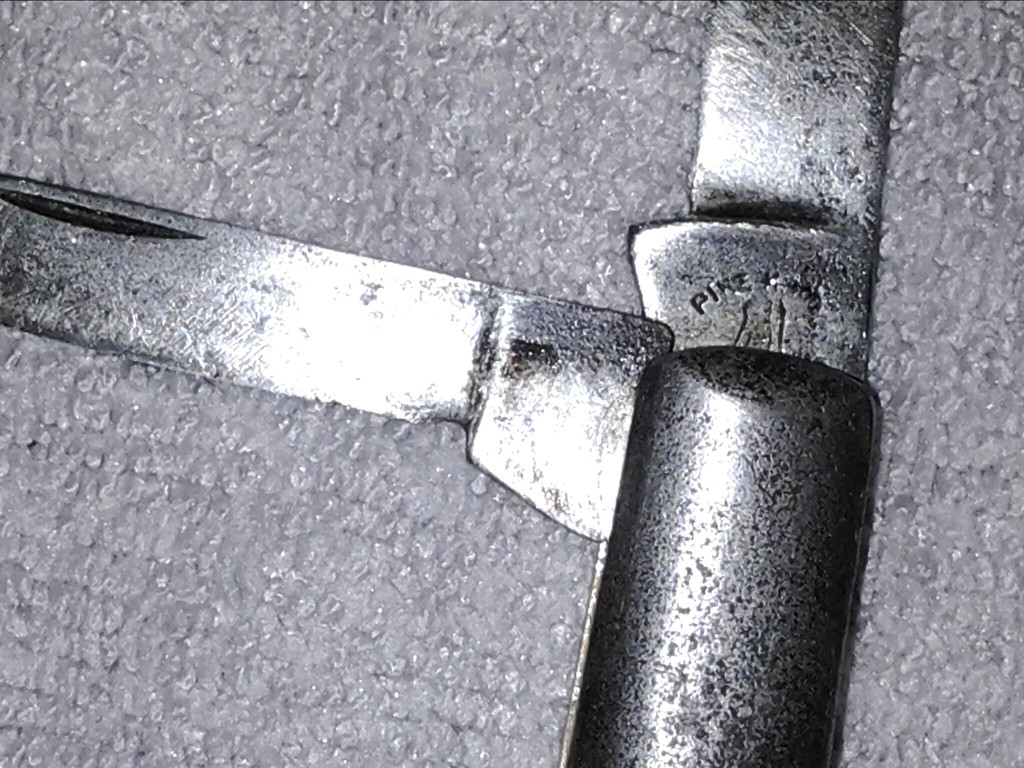 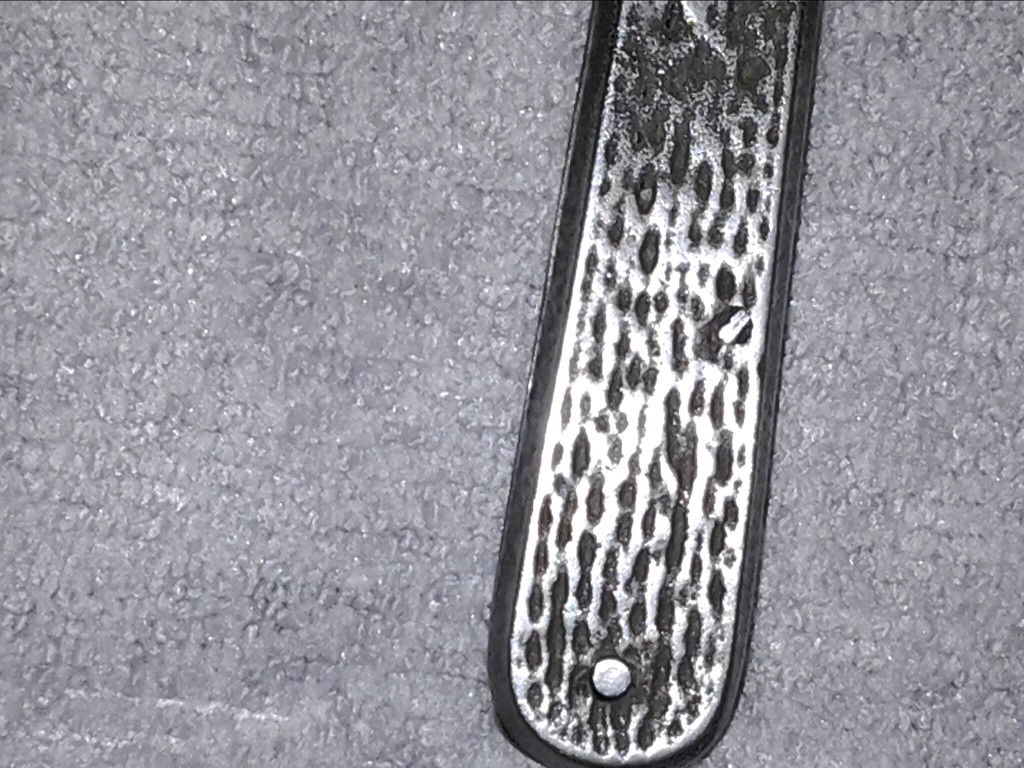 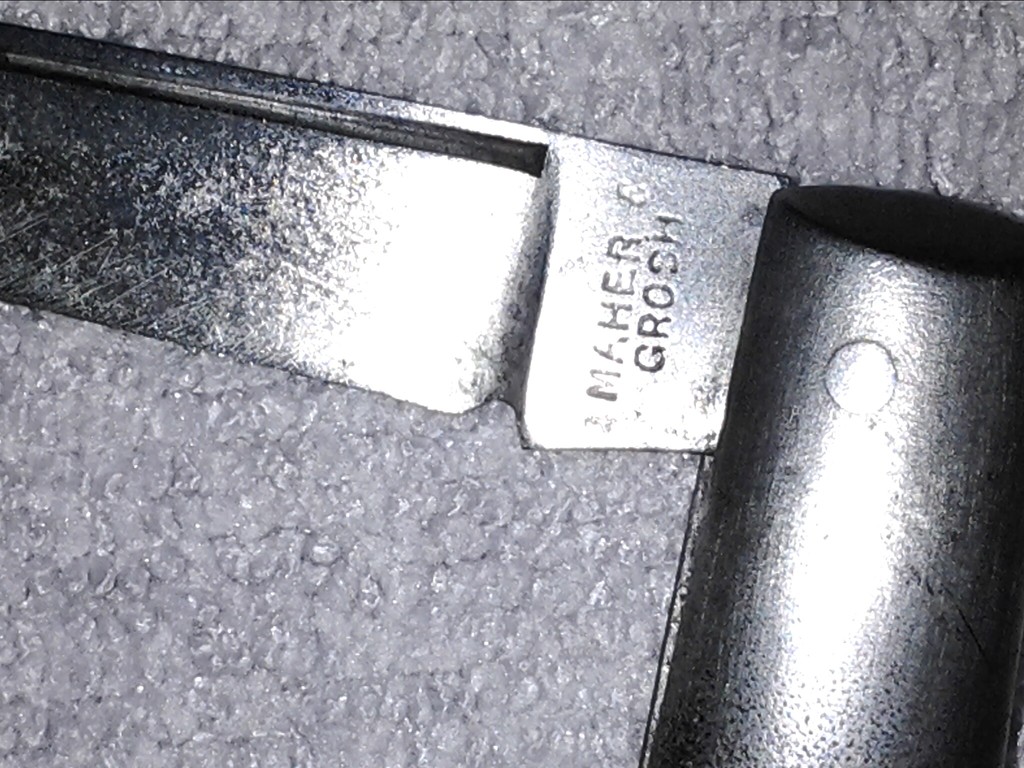 I did not know about the Bearcats or the second markings.  Thanks for sharing