All The Knives on eBay

I saw this the other week and in disbelief ordered it. 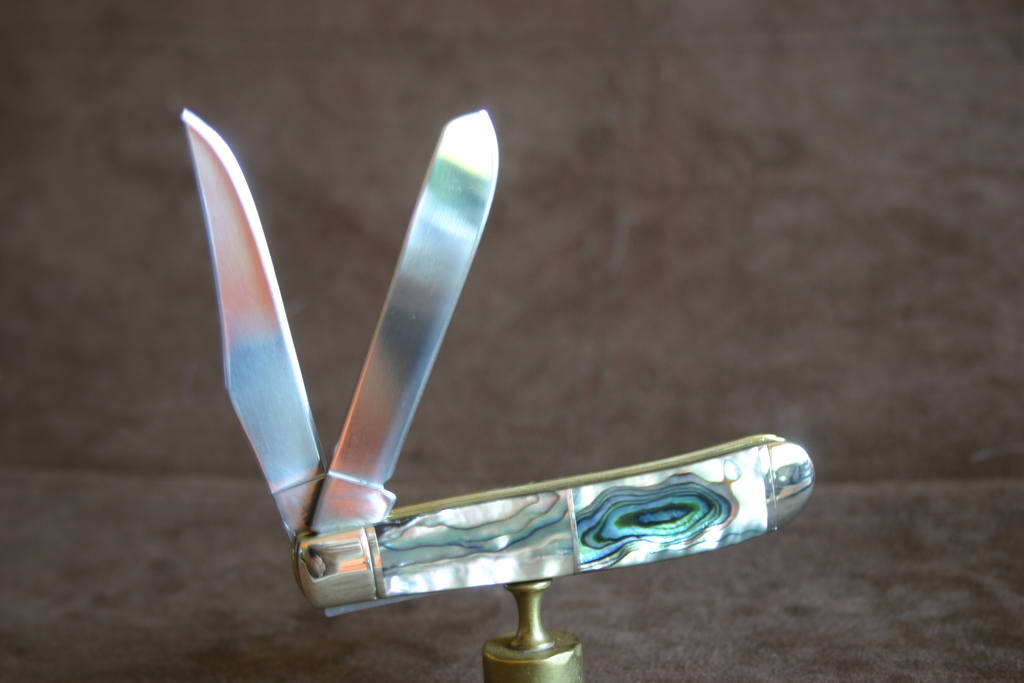 First off is was promoted as real Abalone Shell. OK and it is...

Then it was a Medium Trapper not a bad size knife. And of course nickel Silver Bolsters, Brass Liners but one more thing quartered in Nickel Silver Expansion Joints (as I called them).

I received it and I am still in disbelief - It's a Remington "Collector Series" Abalone Shell and is everything they said it was a in a first quality knife in a nice black box. It is not Laminated. It was quartered as you see to make the scale size of the shell work but Kudos Man.

I'm a "Buy American" but my son is a proud of this as if it was a Case or GEC and you can see for yourself... There's bolster detailing. The Scales are polished, blades brushed SS and on the clip blade is the Remington Etching.

Why I can like this "Remington" and get upset when I see a Frost Display Case replace a Case display case I do not have a reason in the world.

Lars Ray left a comment for Derek
7 hours ago

Lars Ray left a comment for Carlton
8 hours ago