Don't tell the Governor that I went junkin'!

I had to go to town today to drop off an Amazon return, and by golly found an open thrift store, (this is the first day of our new shutdown, so most businesses are closed). Apparently California considers thrift stores to be "essential" businesses, so I got to stop and walk through, masked and socially distanced of course. First find was an old Coleman Camp Stove I got for $10, you know, the old ones you have to fill with White Gas and pump up. Since Pacific Gas & Electric has threatened to possibly shut down power to prevent fires started by their equipment, they actually have gone bankrupt due to multi billion dollar settlements it made with victims of at least one of the fires they caused a couple of years ago. Now, instead of upgrading their infrastructure, they make the customers pay by raising our rates and shutting down power whenever they perceive "fire weather" is coming, they go into CYA mode and shut us down. Not too cool for a guy who lives in an all electric home, hence the Camp Stove. Believe it or not we are still having wind driven fires this late in the year, one started just a few miles from me today, (they got it out quickly, yay). Add high winds and virtually no rain for months and this is what you get.

So, having said all that I'll continue the story. After I found the stove I noticed a tub full of knives, and found a couple of real nice TL-29's, or more correctly electrician's knives as these do not have the TL-29 stamped on them, but both are nice anyway. One Camillus and one Imperial, both in very good condition. Of course I had to buy them, both for $20 actually, which if they were in worse condition I would have passed on them at that price. The red one, the Imperial is imprinted on the body, so is an advertising knife. So is the Camillus, the black one, you can see the blade imprint in the photo. Nice because Xcelite is one of my favorite tool companies, (they make tools for electrical technicians/engineers). Both are as dull as a butter knife, so along with a good cleaning they will need sharpening.

I will hopefully be posting again tomorrow, I have an order coming from SMKW, and I hate to say it they are having problems. I ordered on 11/25, so they will be two days less than 14 days since the order was placed if they arrive tomorrow. It wasn't the shipping companies btw, this is all on SMKW. Their website is having problems, so I never got a tracking number and it still doesn't show on my account page as being shipped. Apparently they got a new phone system and website upgrade, which promptly failed, so they lost my order. After two days I finally got a tracking number, (and a human on the phone), but as far as I know it is supposed to arrive tomorrow. What is in the box is another matter, I talked to a guy who ordered from them couple of weeks ago, and received an already opened package with none of the knives he ordered in it, so I am a little concerned about my order. If I get what I ordered I will be posting another blog post featuring those new knives I splurged on, hopefully tomorrow. Let's all hope Mr. Pipes has solved the problems.

End of story, here are today's finds. Cheers, be safe, see ya later. 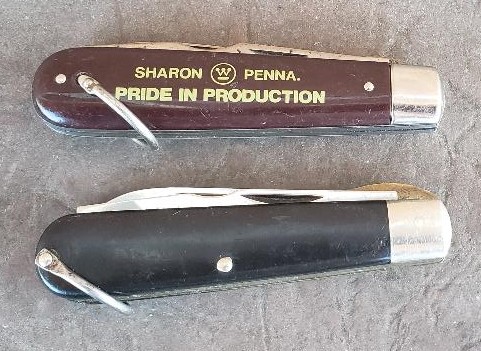 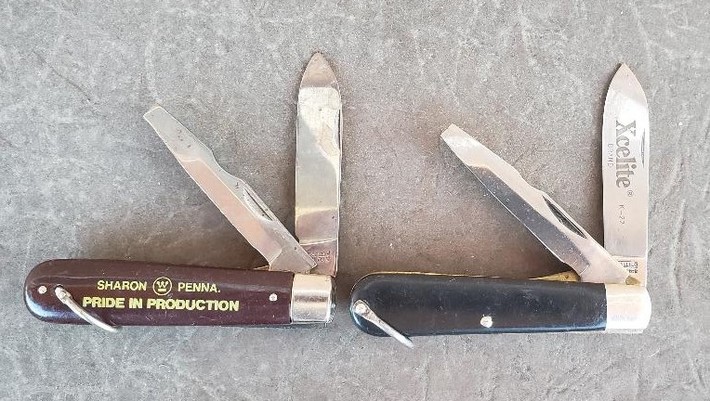 Still waiting on a check from SMKW for an overcharge last month.

They tell me that they only post them twice a month... by my calculations they could have sent it twice.

SMKW order arrived all save & sound, but too late in the day to take photos tonight, stand by for another post tomorrow.