WOW! Sensation overload!! That sums up my first day at the Blade Show. Over the top!

It is everything I hoped it would be.

Making my rounds. Established contact for us with Ka-Bar, Spyderco, Strider and some others. Got more to do today.

The tactical makers are all here and that knife is dominating the show. Seems everyone, including the "traditional" makers are offering some form of it. Not all, but quite a few. Meet a custom maker this morning who is… Continue

Yesterday I got that Smith & Wesson Power Glide OTF blade. That thing is wicked, it is kind of cheap but it is still pretty cool. Today I decided to buy the Gerber Applegate-Fairbairn Mini Covert in the G-10 handle with the blade lock. This will be my first Spring Assisted knife. Gerber's are amazing, when people think quality, they think Benchmade and Spyderco. When I think quality I think Gerber and CRKT. I've never owned a Benchmade or Spyderco so I can't say yet. But my Gerber's and… Continue

In Memoriam On my way to the Blade Show

Friday morning I'm on my way to my first Blade Show over in Atlanta. Tonight I feel like a kid having to go to bed on the night before Christmas. Been to quite a few knife shows over the years, but never been to the mother of- before. I can't wait. I'm gonna savor every moment.

Y'all watch over the community while I'm gone, OK? Remember our Neighborhood Watch Program. Also, help make sure you welcome any new members who join too. I know you'll make them feel right at home and show… Continue

I've ordered three knives this month. The first being the Cold Steel Pocket Bushman on May 11th, which I love. A couple problems I have with it is it tarnishes fairly easily and it comes pretty stiff and I don't have any torx bits to fix that, which is my own fault but I'll fix that soon. The second being the Byrd Cara Cara G-10 Plain Edge on May 19th, which I am looking forward to getting a lot. At the moment it is on backorder and the place I almost always order from, thebladeshop.com, did… Continue

Hope you all had a great Memorial Day Weekend. I spent mine doing an incredible amount of yard work...the yard looks so much better than my back feels right now!! Unfortunately that left a big sinkhole in my iknifecollector time... ! :)

Couple of things I just wanted to bring to you all's attention...

First, Case said goodbye to one of our our own last week...one most influential of all the sales people to have ever worked for Case. "Shine" Jessup… Continue

YOU KNOW WHAT'S WRONG WITH SOCIETY (DEMOCRACY): EVERYONE THINKS THEY'RE SOMEBODY...


HERE'S SOMETHING I SAID TO A SCUMBAG, "We're all nobody but, I'm THE nobody with the guns and the knives..."

"The Samurai of years ago had behind him a thousand years of training in the law of honor, obedience, duty, and self-sacrifice..... It was not needed to create or establish them. As a child he had but to be instructed, as indeed he was from his earliest years, in the etiquette of self-immolation. The fine instinct of honor demanding it was in the very… Continue

Lee and I went to our first gun show this weekend. It was A BLAST! I was doing a project for my photography class (we were practicing photojournalism) and I had to take photos of some of the "characters" there.

I met some cool people...check out this guy! 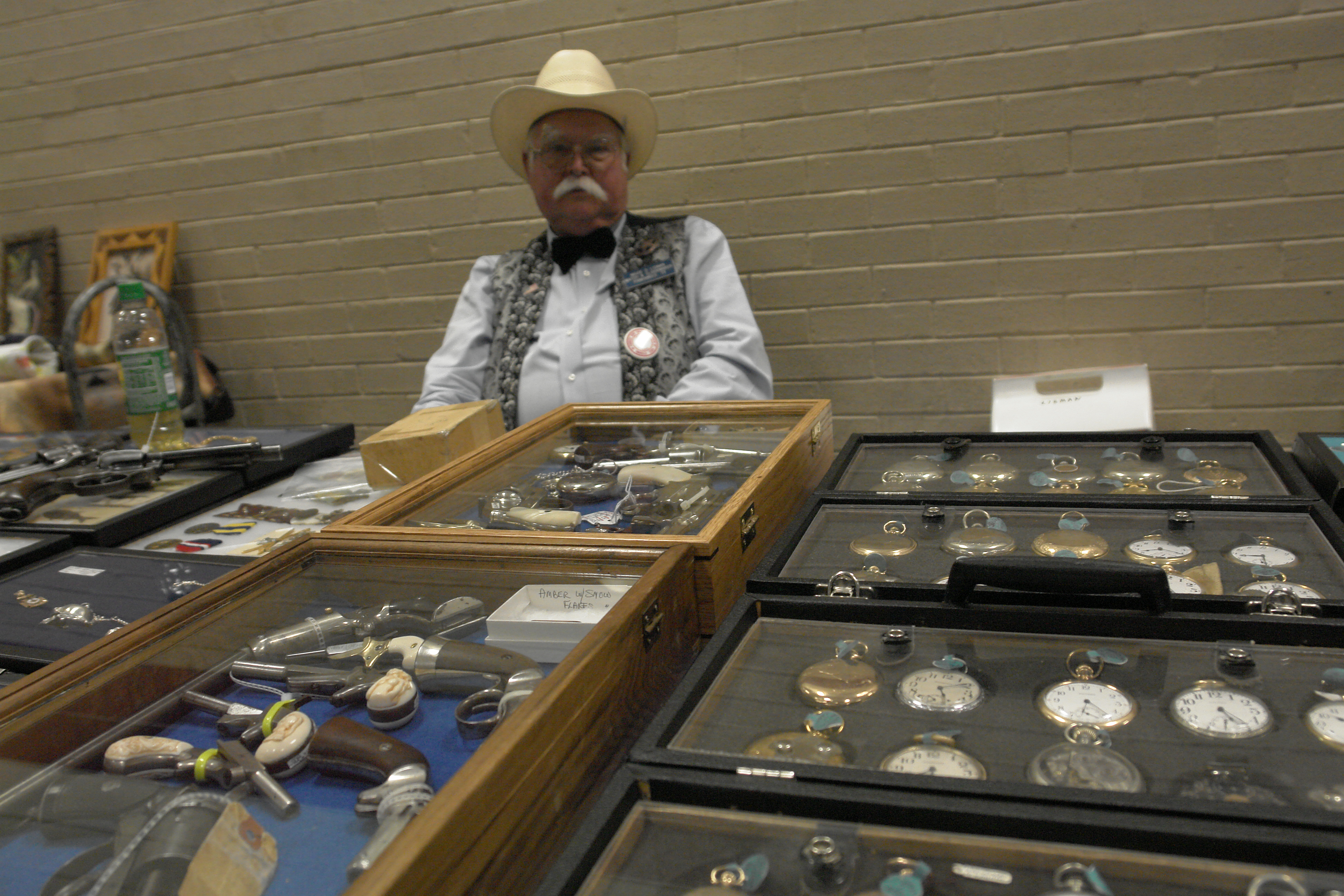 Ok so we all know that you favorite rescue knife can cut your seatbelt...we've seen it all before. But what you don't get to see a lot of is the glass breaker in action. Why is that? Well simple you don't want to break your window. And it is not nice to break you neighbors window (as much as you might want to). Windows, while easy to pick up at a junk yard, are messy to clean up and you only get one shot where seat belt can be cut several times.
Well fear not friends I have spent… Continue

Ok Ok, first I gotta thank Scott for putting up that video on Youtube for the My Favorite Knife Contest.

Next, Hey I won an Honorable Mention and got a year's membership to the National Knife Collectors Association. Made me go out and buy my first Case collectible this morning (will post up when I get it), so great job going here and I am glad to be a part of Knife collecting now along with my Zippo's.… If any one has thoughts on which one is better for the money please feel free to drop notes below.

If u own either of the two give me your opinion on it as a owner and if it stands up to your expectations.

What are some other knives that are tough as nails that could stand on level with these 2?

I have always loved knives and enjoyed them, but I have just recently begun to collect knives. I like to use my knives, so I suppose im more of an EDC kinda guy.

In Memoriam We made the news!!

iKC made the news! I'm talking getting mentioned in a traditional offline knife publication. Yes Sir (figure of speech, there Ladies), we sure did....having Mark Zalesky, a friend and fellow iKC member as the editor, doesn't hurt either.

Mark was kind enough to plug our community in the current edition of Knife World. I must say, I have been a subscriber for many years and… Continue

In Memoriam Happenings in the Community- Fun Knife Topic!

Got a fun topic over in Knives, Knives and More Knives.

The discussion was started by J. T. from Hawaii and is Knives In Cinema and Television. Check it out and add your fav knife scene to the list.

OK, fellow iKC community members, we need to reach out to a knife guy we want here.

I posted the story in this edition of Cutlery News Journal, so I won't reprint it here, other than to say, I ran on a very well respected knife guy out in the blogosphere, who needs to be posting his blogs here, where the knife collectors are.

Check out the story and then click over… Continue

Hello Friends!
Just this past week the NRA annual meeting was in town. We weren't going to go as guns are aren't high on the list right now. But we found out that CRKT was going so we decided to go.
Boy, I am I glad we did. After finding out that SEVERAL knife makers were going to be there we were really excited to go. And what made it even more exciting for me was the day before we were going I got my prize money form the 'My Favorite Knife' video contest.
So with money in hand… Continue

Even though I use and have a lot of firearms I wish they were NEVER invented. Anyone can pull a trigger. But, not everyone can use a Blade, Sword, Battle Axe, Tomahawk, Warhammer, Naginata, Manriki gusari etc...You can't fight a duel without any skills or kill someone with a knife a thousand yards away.

You have to be up close and looked them in the eyes, see what's going on, when you turn the… Continue

Setting your Browser to Display Foreign Languages — My story contains some Russian and Thai characters. If you set your browser this way, you will be able to view almost every web page the way it was intended, with whatever characters it contains. Using Internet Explorer or Firefox, from the top menu, choose View, then (Character) Encoding, then Unicode (UTF-8).

I've posted my story in Nick's Group — The Story Board. It's a PDF document with illustrations of the Randall number 14 and Teegur, the tiger cub. I hope you enjoy my story, and please leave a comment if you have time.

This drop point hunter is forged from 1087 . The Guard and butt cap are forged from over 100 year old wrought iron from the old Columbus Penitentiary. The grip is Philippine oak. The overall length is 11" the blade length is 6". 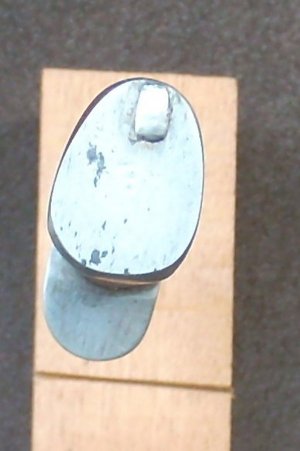 As always comments and criticisms are welcome.
Thanks for… Continue

Derek left a comment for Lars Ray
6 hours ago

Lars Ray left a comment for Derek
9 hours ago

Lars Ray left a comment for Carlton
10 hours ago