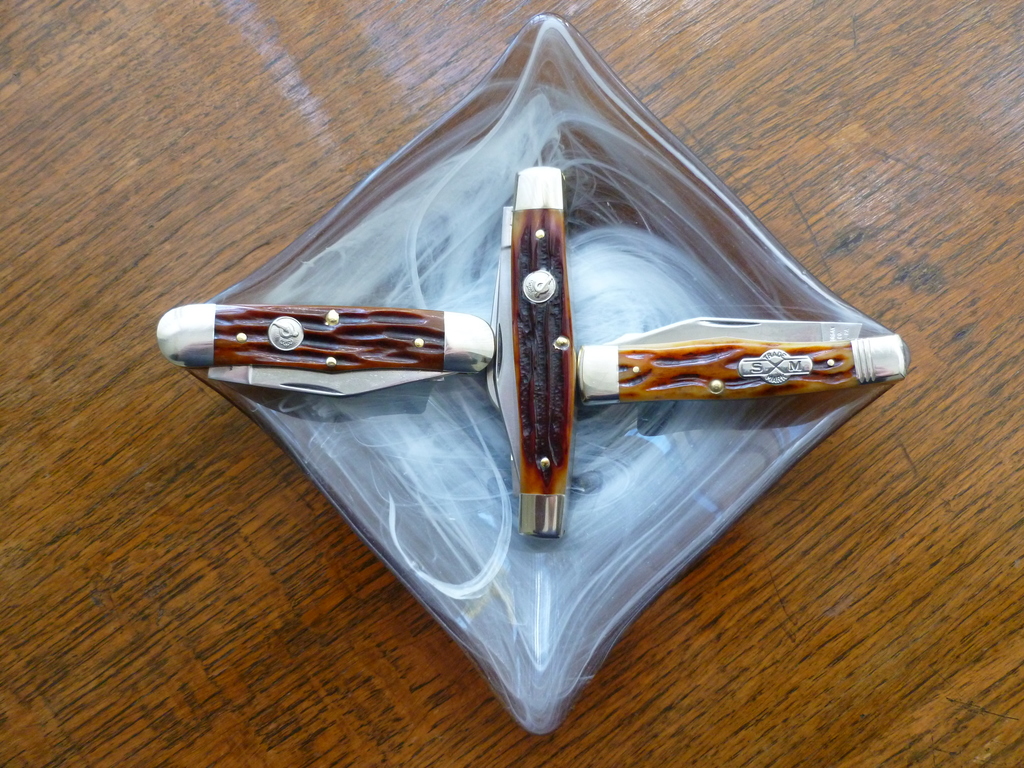 I was going to say that I have been sorting out which knives to take to Scotland with me next week.

It isn't strictly true though because I know right away which knives it will be. I have no great need for a handful of knives on this trip, in the past I only rarely had more than one knife at a time. Now I am a collector I have more than enough ,with a GEC viper being…

KnifeMaker A week of work 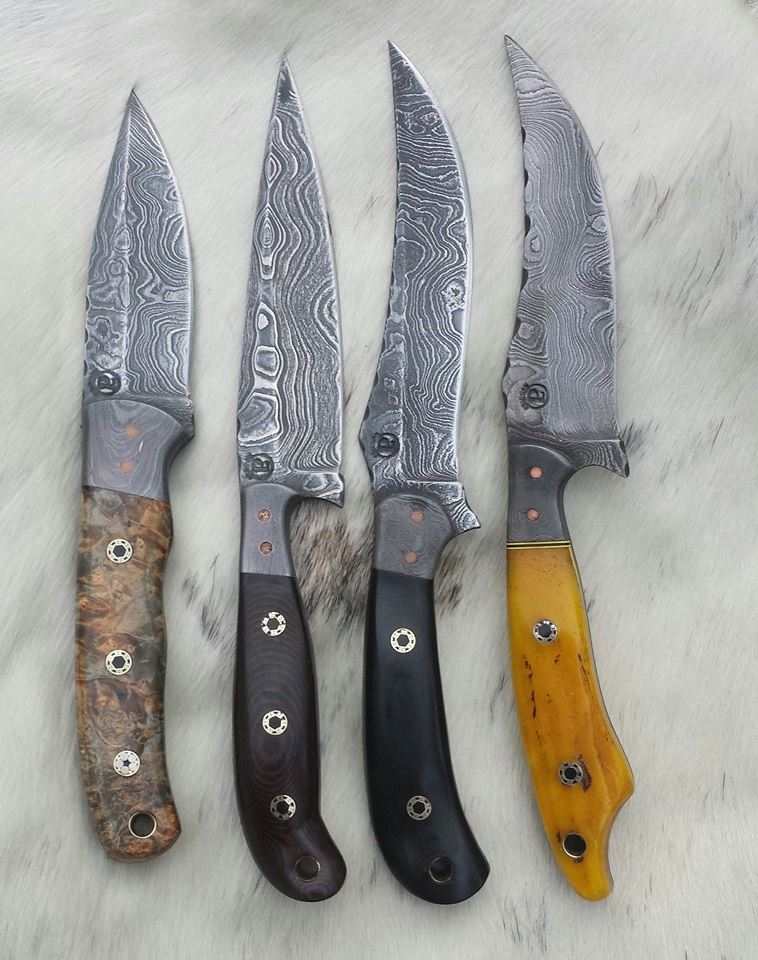 If you ever visit Larry and me you will understand why this is a weeks worth of work.  He does things in stages.  This is the final product over a week and sometimes more.  Now sheaths have to be made! Guess who has THAT job?  Hope you enjoy seeing these.  I think they are absolutely beautiful although I may be a little biased!

Made in China vs ?

On July 3rd, in the "Made in China!" thread, I mentioned that I was doing a little experiment with an "odd" knife.

Well I finished my “non-scientific” experiment with that knife. I took a China made knife, which happened to be a Coast in this test, and used it in tandem with a no-name brand knife. The no-name knife had no markings on it and came in a box labeled “Old Fashion Knife”.

The no-name knives (actually there were three no-names) had white bone or buffalo horn handles,…

Photos of Henry Calvin(Sgt. Garcia) with his " Texas Black Knife" - Also photo of  the Crozier Technical High School mini tank- BTW, they made this, too !!… 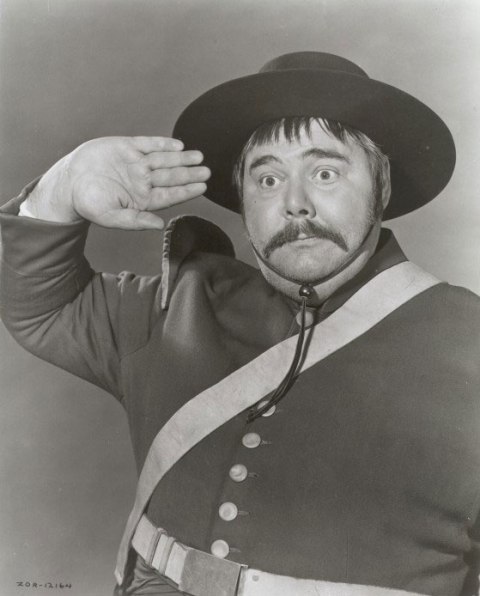 How these knives came to be dubbed " Texas Black knives"-  The first was found in an estate sale belonging to General  Graber Kidwell of Dallas, Tx.- Not much thought about it until another was found in the estate sale of Henry Calvin, better known as Sgt. Garcia of the old " Zorro" tv show- Got the finder interested in old newspaper articles etc. and he dubbed the knives " Texas Black knives-- What follows are old Dallas newspaper articles, and Henry Calvin (Sgt.  Garcia)  with his own "…

Now  is the saga of the Crozier Tech knives-

Upon America’s entry into World War Two, our troops were painfully short of many items of equipment. Many were not even known at the time, as a new type of war was being fought. Large-scale troop movements in diverse weather conditions made supply a real problem. Clothing and weapons were the first big step, without which our troops could not enter any battle. Knives were on the agenda, but pretty far down on the list. The need was there,…

Here is an old letter requesting a knife--

"In Jun. 1943, my dad (only 20 years old) had just finished Navy boot camp, and commando training.  He was in an ARGUS unit, assigned to act as an infantry soldier, and to set up radar stations with the Marines when they invaded Tarawa (although he didn't know then that Tarawa was his
destination).  He felt his issued knife was insufficient as a combat knife. And he wrote home to my Granddad, in Dallas, with one request.  As I read…

The real hero of this saga is the Crozier Technical High School of Dallas, Texas- They are credited with making over a 1000 knives, some claiming over 2000 for the men overseas, but an authenticated example of such a knife is a mystery - The school  started making knives due to the pleas of servicemen begging for durable knives- These knives were crude by any stretch of the imagination, but serviceably tough- Most were made from old files and old commercial saw blades and were handled in…

Okay, how do I begin ?? Long before a nail file got a student expelled from school, there was a period of sanity when some schools actually sponsored the making of knives to support the WW2 war effort- I, as many of you know, do a lot of research on vintage knives as  a hobby for other members, and I was unaware of this until a few days ago- I find this story fascinating, and a story with a real lack of hard information- I thought the story worth sharing~~~ This story will be picture and…

It has been awhile since I posted anything on this wonderful site....I don't really know why but I know that I have missed you all and the wonderful conversations and comments. I have been going through quite a lengthy grieving process for my Father...Please people make sure that you share your feelings with your loved ones...that way once they are gone you will have no regrets and the Grieving process is far more easier...I know that I an glad that I was able to…

Earlier today I had conversation with Jim Sargent, His words to me were "I'll guarantee you that knife on page 235 is a good knife".Indicating the 6265LP in the lower right corner He went on to say he'd seen 2 or 3 others. Also that he would look around and get back to me in a couple of days.When I learn something more and I can spread more truth I will. Yay for the little knife!!!!!

Tony Foster explains the existence of both knives saying they were both mistakes...one in the WR era one in the tested era???? Hmmmm now my curiousity is really peaking as I am thoroughly unsatisfied with this explanation..and will pursue the topic further...To quote Micheal C. in the movie..."I try to get out and they pull me back in"..Onward with the quest.

AS I SAID EARLIER I TALKED TO FOSTER AND HE SAID IT WAS BS AND A MISSTAMP...I TALKED TO THE GUY I GOT IT FROM ..A COLLECTOR WITH 50 YRS EXPERIENCE...HE POINTED OUT TO ME THAT ON PAGE 97 OF SARGENTS 7TH,TOP RIGHT PICTURE..SAME KNIFE OLDER STAMP SO IT WAS A PRODUCTION KNIFE AND NOT A FREAK...i'VE GOT A EMAIL IN TO JIM SARGENT MAYBE I CAN GET A REPLY AND SOME GOOD ANSWERS...THANKS FOR YOUR INTEREST I'LL KEEP YOU "POSTED"

I talked to Tony Foster about my knife he says it's a mis stamped 6208 whittler said he had one with 3 blades stamped as a 65. That 6265 and 6165 were both large frame knives first production was prior to 1920 in Bradford. I didn't think the blade was changed. It's been indicated to me knife is worth somewhere in the neighborhood of a lot,  Good day and my regards.................

Keith Mayo is now a member of iKnife Collector
11 hours ago
Welcome Them!