Back From The Trip

Our first stop was in Rogers Ark. at the A.G. Russell Store. I walked in there in my overalls and my beard is a little on the bushy side. I Knew at once that I was a little out of place in there. I wanted a Russell knife for my collection though so I decided to look around though. I found a Ceramic button lock folder that I liked and finally got someone to wait on me and got it paid for. All in all I can say that they where pretty rude and that I will never go back. I don't think that they…

With just  10 or so left to offer, I would love to see us complete this deal this week.   Thank you to everyone that has supported this effort.  So for the few that have been thinking about it and waiting to see if we get the necessary orders, step on in.  Yes we will have the necessary 100 commitments and you dont want to let this unique opportunity slip away.  IKC will never make another 2011 Knife for our members and it will not be available anywhere…

Thanksgiving is a uniquely American tradition.

It was not called Thanksgiving at the time, but what we recognize as the first Thanksgiving feast was celebrated in 1621 by the pilgrims of Plymouth colony along with about 90 Wampanoag Indians.

The Pilgrims had suffered through a devastating winter in which nearly half their number died. Without the help of the Indians, which the Pilgrims were thankful for,  all would have perished.

Fixing to make a trip

Next weekend the wife and I are going hunting. The first stop is going to be the A.G. Russell store in Rogers Ark. From there we are heading to Branson Missouri. Then to Lebanon Missouri. We will also stop at any antique stores along the way.

A whole weekend of knife hunting. I'm ready to go.

In Memoriam Name that Knife Pattern

Have you ever wondered how traditional knife patterns got their names? Well I have. Names like Congress, Trapper, Stockman, Moose, Cigar and heres a good one... Muskrat. Well who and when did these knifes get their names. Everyone may know the answer and I'm just in the dark on this, if not lets hear the reasons.

Thank you to all our Vets

Thank you to all our Vets young and old

I am so very pleased to announce a selection for the 2011 iKnife Collector knife. Our selection is:

From GEC,  a Tidioute w/ lanyard hole, Item Number 722111. The blade is 1095 steel and is a Spear blade. The knife will have Indian Choffee handles. The knife will also have a round shield that will say iKC. Along with the knife GEC will provide a Certificate of Authenticity(COA) and will say 2011. We expect a delivery date somewhere toward the end of January to the end of February. The…

Support the American Knife and Tool Institute and bid on a ZT 0350 knife from Kershaw Knives!

As most of you are aware, this is a favorite cause for me.  I support both GEC and TSAKnives in their efforts to raise funding by making sure 100% of this auction goes to the program.  REMEMBER TO BID AT

My knives might be getting sold at an actual store!

A while back I made a knife with damascus and Camel bone scales. It ended up pretty nice but I'd made some misstakes that made that I figured it wasn't good enough to be sold anytime soon. 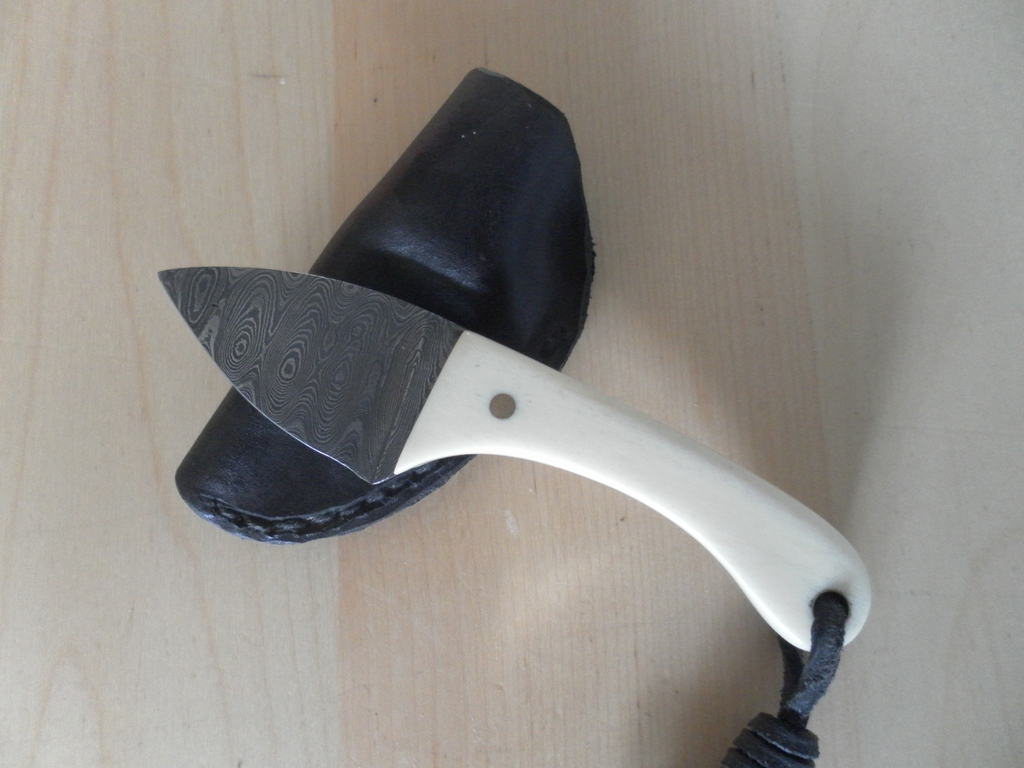 So I carried it as a personal EDC for a while. And I quite enjoyed it. So one day I showed it to a friend of mine (a very good…

Featureddead_left_knife_guy left a comment for Lars Ray
5 hours ago