Where are our Knives?

Working their way through the process,  Getting ready for Shields… 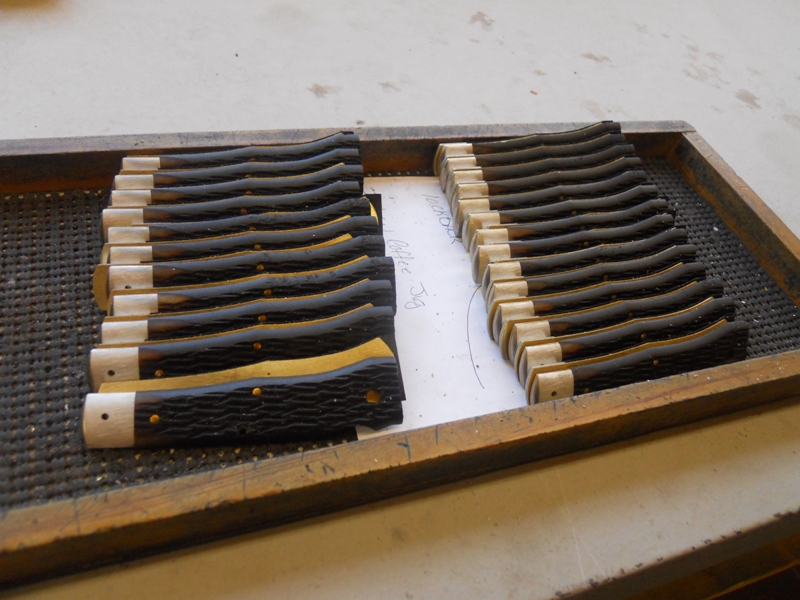 Was able to acquire a very nice Robbie Dalton Warhawk Auto today at the AKCA show. … 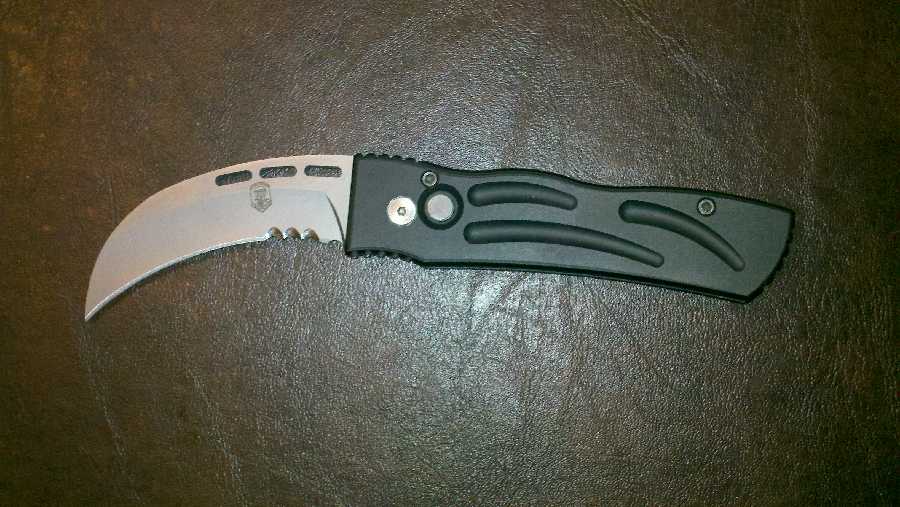 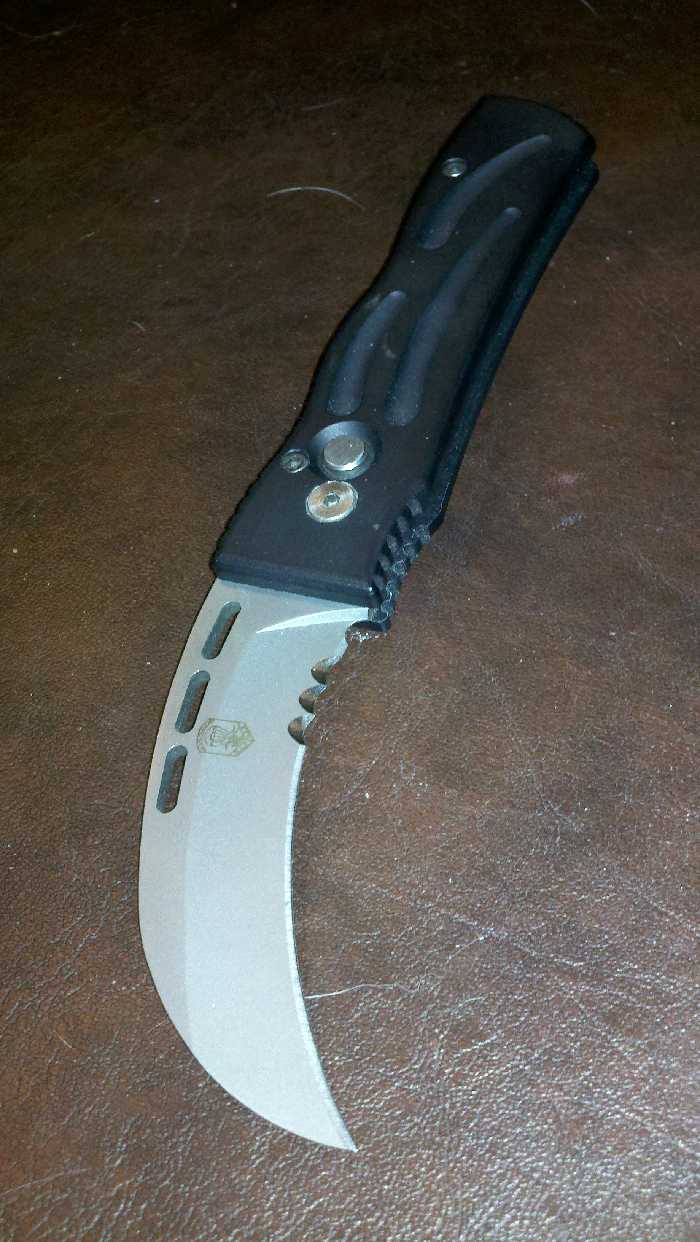 This 'gem' was in one of the lots of knives acquired recently. It's a very unusual piece from Great Eastern and I doubt there are many of you that have had the opportunity to have even see one, let alone actually own one.  This is your chance to do both.

It starts today.  Bidding, that is, for the GEC "Christmas Wishes"…
Continue

ON MY WAY TO THE EASTERN SHORE FOR THE LAST DAY HUNT AT MY CLUB. HOPE THEY FLY GOOD CAUSE WE CANT DO IT AGAIN TILL NOV!

We're right at the start of the countdown to…

As for a lot of us we love collecting knives. but it seems before you know it there are so many knives they are crowding your wife's shelves in the hutch and taking up room on the shelf under the t.v, even hanging on the walls. This happens to a lot of us knife collector's. Sometimes we seem overwhelmed because we like to show off our collection. We don't want them sitting in a drawers and safes and places were they can not be seen. Even when you put them in knife rolls it seems like you…

Well this has been a fascinating journey. Thank you who have joined us on this journey.   I hope you are all as excited as I am to be coming down to the wire on this wonderful knife.  For those of you still receiving emails asking for the final pieces of information...Please RESPOND and thank you for those that have so graciously already given me their information. By the way, anyone looking to pick one up let me know, we may have 1 or 2 up for grabs.

As this week moves…

Deep in the bowels of the earth, the mad mighty dwarfs toil at their hidden forges.  Souls of spiders, dragonfly spirits and small flightless birds are used to create mystic steels.  These magical metals form a companion fit for a Queen!  A companion named Joe???   Oh boy, I've got to stop eating jalapenos before going to bed.… 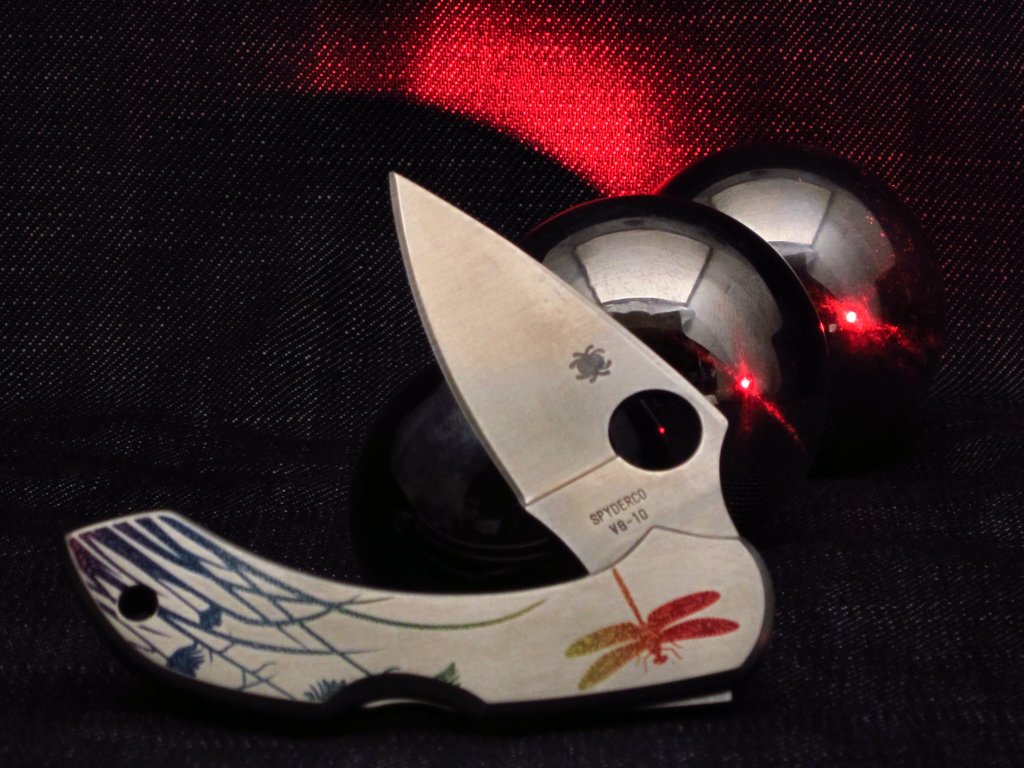 Dear Friends: I just wanted to mention that I ordered and recieved my first hand made knife from Mark Paluch from Cheny, WA. I ordered my caping knife which has a small 3 3/4" 1095 carbon steel blade built to my specifications. It was patterned from another stamped blade knife which I like but was not satisfied with due to the way it did not hold an edge very well and I also had some other things altered to create what I believe to be a superior blade.

Mark does fine work in my…

How do you guys rather the balance of the weight in a fixed blade knife "foward"  "in the middle"  "backwards"? I know in a long or large bladed knife the weight will have to be foward but thats not what I'm talking about. The average 8 to 10 inch knife, give or take a little. Do you rather the weight back in your hand or foward in the blade? Lets hear what ya'll think.

A Look at your iKC blades in process HERE

Now for the fun part…

Support the American Knife and Tool Institute and bid on a Gil Hibben III Fighter knife from United Cutlery!

Knife QUALITY; what is it?

With expected consistency, all knife enthusiasts see articles, videos and postings that talk about the level of quality in a variety of knives. Certainly, we've all heard people proclaim that certain knives have the “best quality”. Just as often, we've heard other people espouse an opinion on that same knife...that is contrary to what the other person claimed. So all this hubbub got me to thinking; Quality...what is it? Frankly, that's a BIG question. It's a subject matter of massive…