Check out the following youtube posting on these beautiful pieces from Hattori.  sorry for the low resolution as these set of videos were taken by a phone.

Cutlery bullet knife, model 852211.  It has a spear blade and a bottle opener/screw driver blade, and was offerred through another club. Any suggestions?

What's your "holy grail" of knives?

Somewhere on another forum someone wanted to know what my "grail knife" was.

Now for me a grail knife is something that is nigh unobtainable. I don't mean just expensive, (or even expensive) but something that you'd have to seriously fight for to get it.

For me that knife was found when I saw pictures of a collaboration between David Broadwell and Burt Foster.

There's always been something about Subhilt Fighters for me. I've yet to own one but the…

Anyone who has looked at my profile knows that I am a newcomer  to the knife world.

Last fall I attended a local knife show.I was completely taken in by the diversity of personal collections. by the high level of craftsmanship of makers. By the warmth & friendliness of the people which I encountered. They all seemed more than happy to share their experience as well as the general chit chat. Needless to say it made a lasting impression.

Burke, Idaho: A Modern Ghost Town and a Lesson in Economics Pt. 5

Once again, I'll pick up my little story about Burke, Idaho. In Part #4, I conveyed a snapshot of history involving the most infamous of the Hercules Silve Mine's owners, Mr. Horsley. I also started to show you some images of the Hecla Mining Operation that lined one side of the town of Burke. I promised more photos...so here we go! 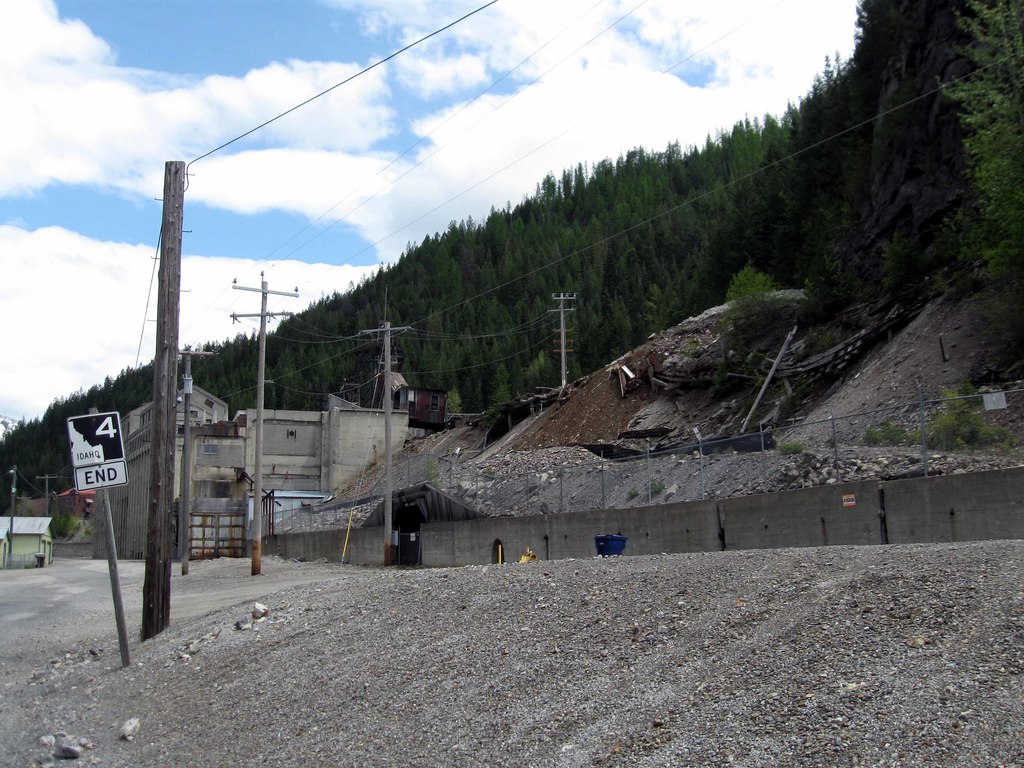 Though in Part 4, I showed…

Hello everyone, glad to be a member of the iKC community!

I'm getting geared up for my 1st. real knfe show. Its the Central Kentucky show Aug. 24-26th in Lexington. Because I'm such a knife goober  I've placed an ordered for a Tuna Valley T-shirt, gotta represent! I also ordered a GEC #25 Easy Open  Sheepsfoot in stag. And for dessert a nice leather slip pouch to house the beauty. I'm looking forward to attending, meeting new people & hoping to find a little something to add to my…

"Ping", "Ping", Ping". The craftman's hammer falls, driving the pin and setting the blade.
He straightens himself from his bench and works the newly set blade against it's spring. A smooth action and a solid "click" proves that the blade is set well and the lock up is tight. This is just another step before a finished product, one that may end up spending his life in the silk purse of a rich man, or in the pocket of the dirt poor farmer down the road, either way, it's prepared…

After a streatch of great weather it looks like we are in for misery here in Sacramento.  The only good thing?  The humidity here is retty low.

The California State Fair  starts in a few days and that usdually give us the hottest period of the year.  But usually the Fair is the last two weeks of August!  They moved it dang it.…

Pittsburgh, PA (July 5, 2012) – Very appropriate when everyone is thinking about Independence Day and our freedoms, a Pennsylvania bill has been introduced to ensure knife liberties for the citizens of the Keystone State. HB 2548 will amend Title 18 (Crimes and Offenses) of the Pennsylvania Consolidated Statutes. The current definition of “offensive weapon” will be updated including…

^ Pocket Knives and One Pouch!

Recently I bought six pocket knives that came with just one pouch.

So I bid on the group, very few bidders and I got the knife I wanted (and the pouch) for sixty bucks...plus five…

Picked up this cool old Queen 2 bladed Congress Knife. Notice the Queen logo stamped on the tang and not etched on the blade as usual. 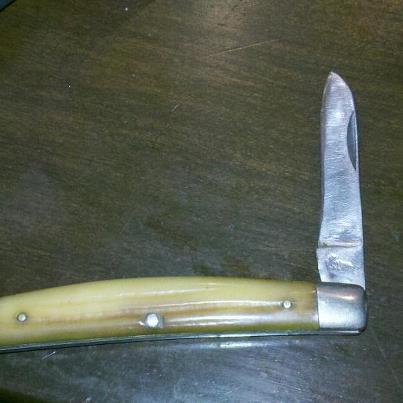 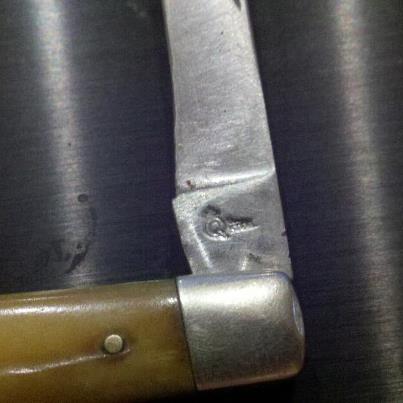 Any of you Queen collector's out there can supply any info, that would be much…

We are almost at the end of the week long Contest #4, this contest has been a lot more difficult than I thought that it would be.  But I could tell you guys were really working at it trying to decipher the clues and make them help you get to the right answer.

I figured it would take people 3 or 4 answers to get to a winning answer.

We didn't attract as many people to the contest as I had hoped but I appreciate each of you joining in on the fun.

So, we will have some…