To clean or not to clean

I've been collecting knives for quite a while now but I'm very new to selling knives. It's a whole new world for me but a lot of fun trying to buy knives just to resale.

The ten commandments for knife collectors

First off, Iv'e been a minister for many years.Saying that, this is my spin on the ten commandments in regards to knife collectors. It is meant to be read in a lighthearted manner.....so here we go.

2. Don't carve any graven images to God with that 'ole whittler.

3. Don't cuss with God's name when you slice your finger open with that vintage Queen folder.

Most customers are surprised to find out that there is a new 4% credit card surcharge when they pay with a credit card; online and in stores. Merchants are now legally allowed to charge customers up to an extra 4% for using their credit cards.

“Starting on Sunday, retailers will be allowed to tack a surcharge of up to 4% extra onto your tab if you want to pay…

Donnie never gives a knife without getting a coin in return, we all know the old saying about it cutting a friendship and that is just something we are not willing to risk

If you cut hot cornbread with a knife, you'll cut your luck

I also posted this in the A.G. Russell group. But I though a couple of more people might get a kick out of this.

This past summer I went on a trip to Arkansas to visit with A.G. Russell and be able to be there for the Knife Event that he organises with his people.

When there I (offcourse) also visited his store. It's the biggest knife aimed store I've ever seen and I thought it might be nice if some more people got to see it. So I took some…

I've been spending quite a bit of time on here and I noticed a lot of people have a direction to there collection.

My collection is all shapes and sizes. So I got to thinking what kind of knife to I want to collect. Just one brand or one style or maybe just one color or type of handle.

But first I need to sell off all the knives that I don't want. So I took a long hard look at my collection. For one reason or another I like all my knives. Once there in the case there mine. Not…

A bird with no eyes

I like this knife.  Bare end is always good for me!

I don't know how I feel about a tradition like the Birds eye pins in a sodbuster being over looked though.  I am such a traditionalist and I have a weakness for the birdeyes so what do you think?… 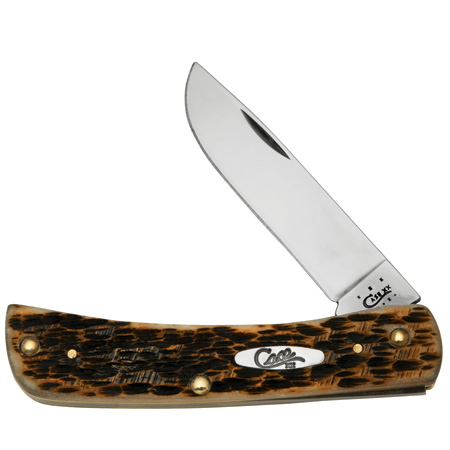 Lets say your favorite manufacture has decided not not make knives any longer.  They tell you in January 2013 that they will only work through the materials they have on hand and when that is done they are going out of business.  This should take 8-10 months at the current rate of sale.

They are not announcing it but don't ask you to keep quiet about it either.  If you tell your buddies, the rate of sale will escalate and they will be out of business sooner.  This means you may not…

Thanks Everyone for helping me find Greg.

Here is his reponse:

Hey Dave!  Thanks for tracking me down.  I do remember this knife but I don't remember who bought it.  It sold around 9 years ago for about 450 I believe.  I made this knife about 2 years after I started making blades and this particular knife was the first knife I did with a framed in handle like that.  I did a similar piece shortly after with a guard like that in all nickel silver instead of a…
Continue

The Magic Circle of Knives

In the early 1900's there really was a magic circle.

Less than 100 miles of two states held all the names we know and love and then some.  Competition was strong and only a handful would survive the test of time.

While some of them were "jobbers" and not manufactures they were having their products produced within the circle.

Shot Show is one of the most featured outdoor hunting and shooting sector-related trade shows in the United states. The Shot Show 2013 is held at the Sands Expo Convention Center and is attended by more than 60000 visiting participants at each of its editions. Several topical seminar sessions are scheduled during the event, dealing with law enforcement, retailing and other related issues. The NSSF Shot Show gets its global feel from its participants, who hail from…

Case in point. In Texas, you can carry a concealed handgun (without a CHL) in your car or truck. At the same time, the law says you can't carry a knife that has more…

sum of the parts ?

So what are the sum of the parts for a knife? 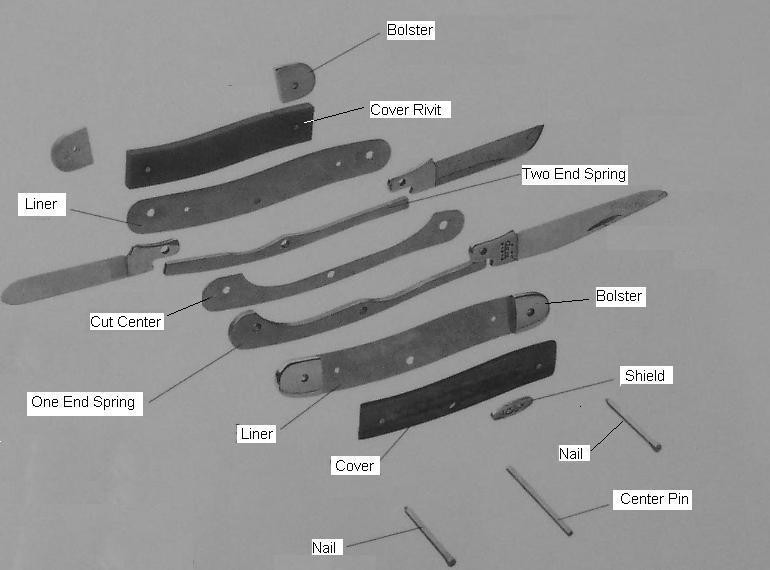 Basically they all take the same materials. So whats makes one worth more than another to you?
I will tell you my answer…

New Year and so many opportunities.

As we begin an exciting new year we can count on many changes in our own personal lives as well as in the lives of our countrymen, some good and some bad I'm sure.

But, after seeing all the new knives and new knife makers for 2012, I'm sure we can look forward to more talent and more steel beauties coming to light.

So, what are you hoping to see in the new year? What do you want from your knife factories or custom knife makers?

What directing are you taking your… Continue