WHY WE COLLECT – THE VISE VS. THE VICE

As I write this blog I am thinking about my brother and sister collectors on the iKnifeCollector forum as well as the passion of collecting in general.  These deep thoughts are prompted by roughly six to nine months of trying to find a really decent American made woodworker's vise that I could afford and realizing they are extremely difficult to find because there are people out there who have a garage or barn full of American made vise's that they do not use – they…

In Memoriam Are you a NKCA member and support the Museum ? and what Does it mean to you personally? 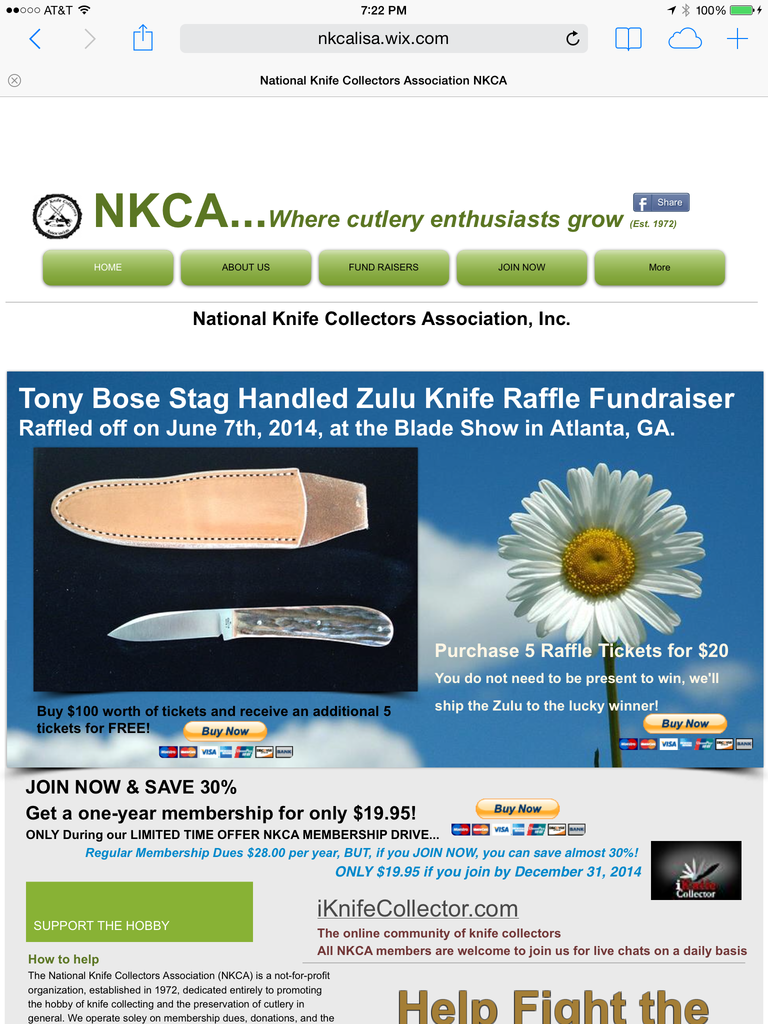 Gov. Andrew Cuomo (D-NY) Doesn't Want Them
Remington, one of the world’s largest gun manufacturers, will join Gov. Robert Bentley (R-AL) to announce they are bringing over 2,000 jobs to Alabama.

Most of the jobs will be relocated from their Ilion, NY plant, and the initial investment in Alabama will be $87 million.
Founded in 1816 in upstate New York, the company is one of the…

In Memoriam One Last Tribute to my father-pics included

My father was laid to rest yesterday as most of you know-I just wanted to share a couple of photos of my father- THE MAN- My favorite photo of dad-Worn out from a hard days labor on the farm- Faded shirt-Faded jeans-Faded couch- BUT NEVER, EVER, faded hopes and dreams of making a better life for his family- You can rest now-DAD !! 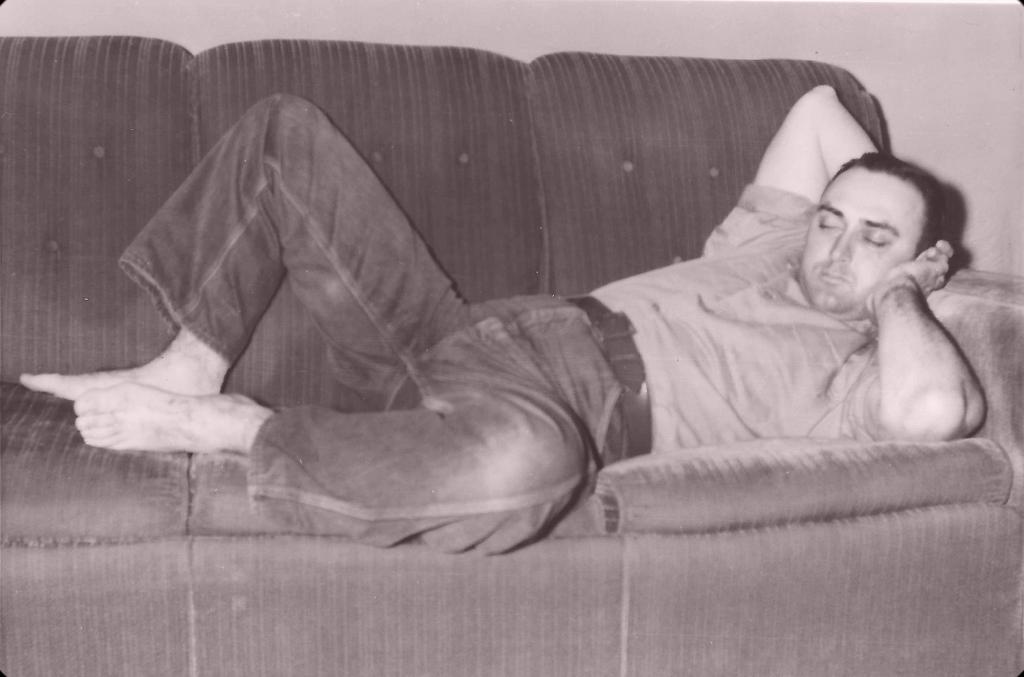 And one of mom and dad from a… 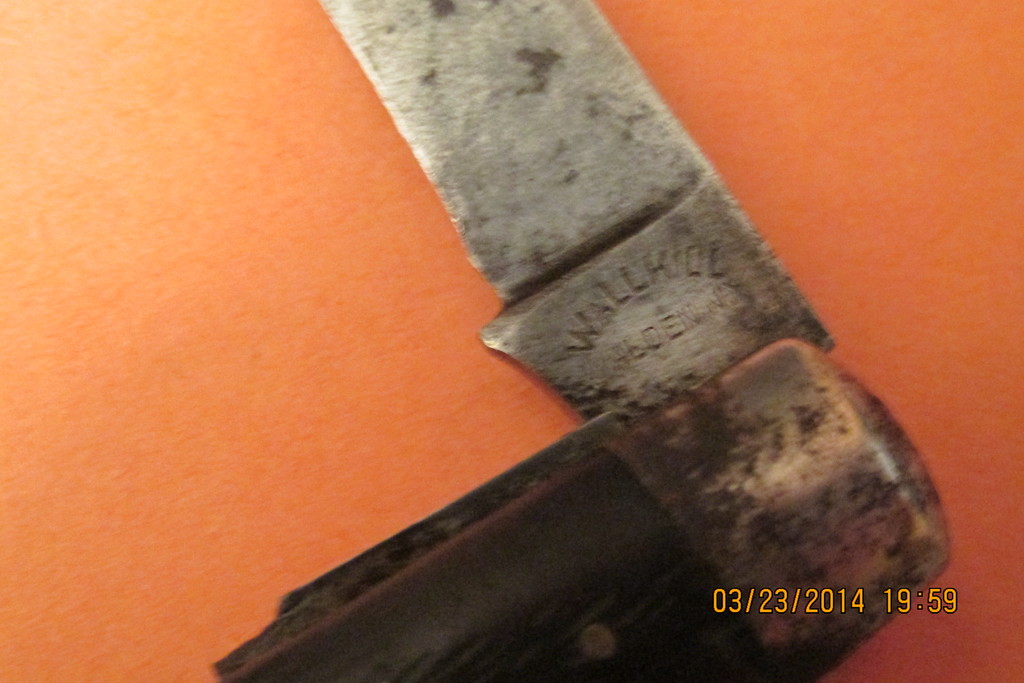 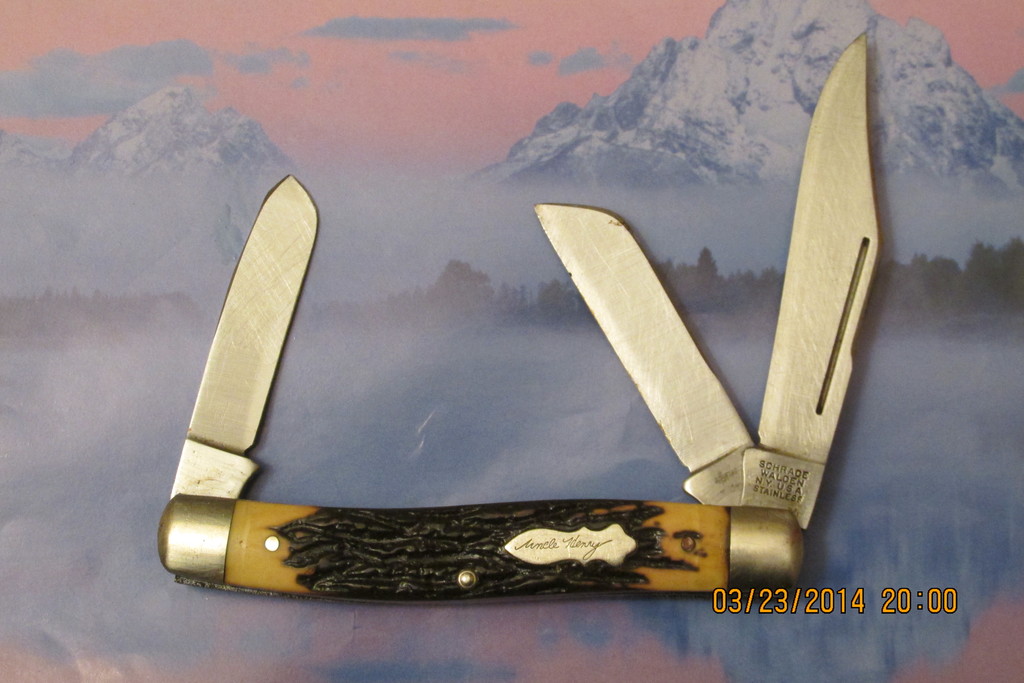 Ever since I won that Canal Street on the last Chat, I have gained interest in that area of NY where it was made. I understand that a merger of several Cutleries was bought by Taylor and then outsourced to China. Then in 2004 Canal Street Cutlery began. That…

Battle of the bladeshapes round the final round!!!

Allright. The losers have been weeded out. Time for the heavy hitter to take each other on in a massive 3 way. I bring you Battle of the blades!

For a 4 inch blade (cutting edge) Battle of the bladeshapes round #3!!!

Last of the pre-rounds in Battle of the bladeshapes the one of the immensely populair.

Wharncliffe. I'm no stranger to this bladeshape. I quite enjoy making them. They have a LOT a functionality in that pointy bladeshape.

Here's a couple of versions I've done of this bladeshape.…

In Memoriam Words Can Not Express My Gratitude

An open letter to my IKC friends and family-

You have no idea how much your condolences and prayers meant to me after the loss of my dear Father- Your kindness and support is helping me cope with this difficult and traumatic time, in ways you cannot imagine- To the uninformed, this is just another knife forum- But in truth, this place is so much more than that, the other sites pale in comparison.This is a place, first and foremost, of good caring people who I feel honored to call my…

My beloved father Robert passed this morning ,one day after he and my mom celebrated their 69th Anniversary. He was a farmer,  a lover of God and family, and the hardest working man I have ever had the honor to know- As this is a knife site, these are 2 of my father's well used EDC's that I have treasured for years, but as of today are beyond all value. Both will be in my pocket at his funeral next Monday- A 1945-55 Hammer Brand and a Colonial Barlow which has the  faint image "Bojac Seed…

Battle of the bladeshapes round #2!!!

The modified Sheepsfoot, made famous by the Böker Rhino and the Benchmade Bone collector among others:…

A Day at SMKW part 2 photos

Some more shots from the visit… 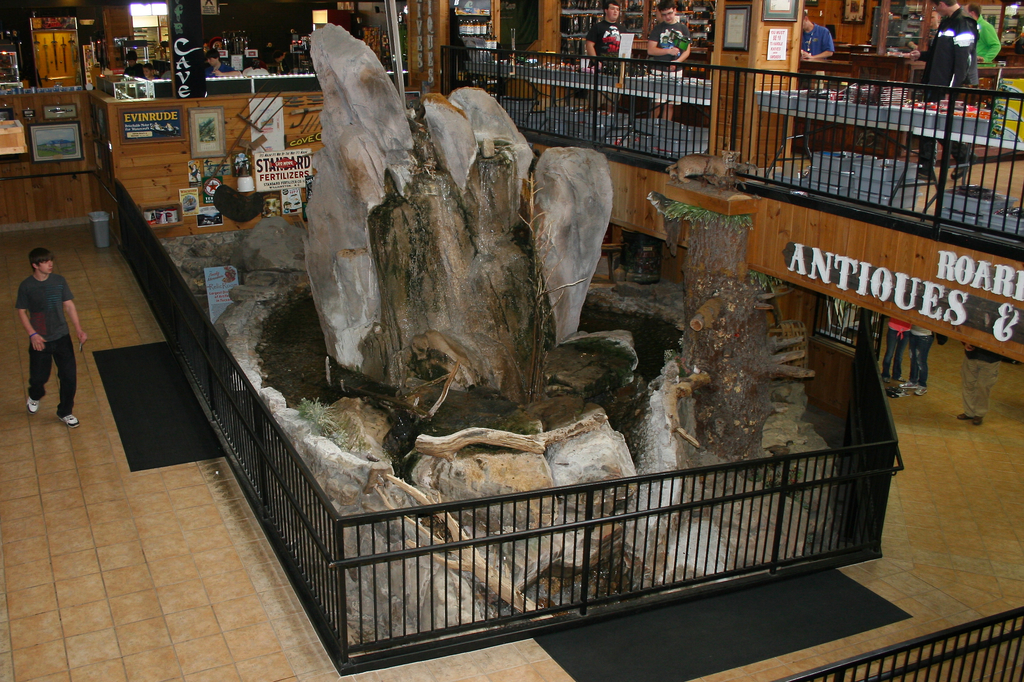 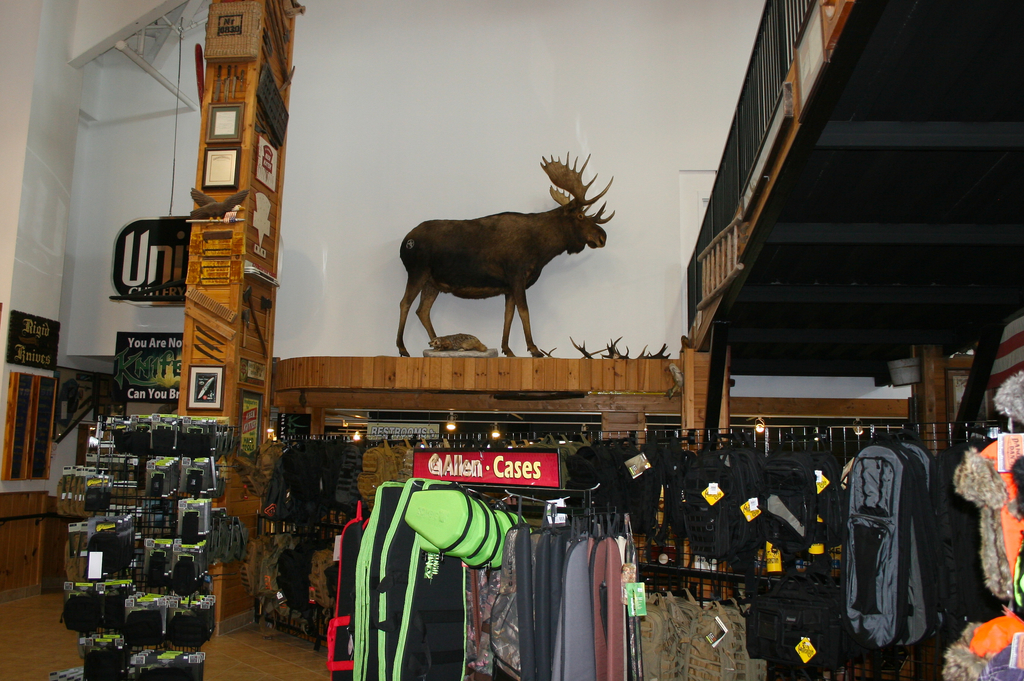 A Day at SMKW

The knife nut's Valhalla!  This is simply a place you have to visit to believe.  The sign is correct. 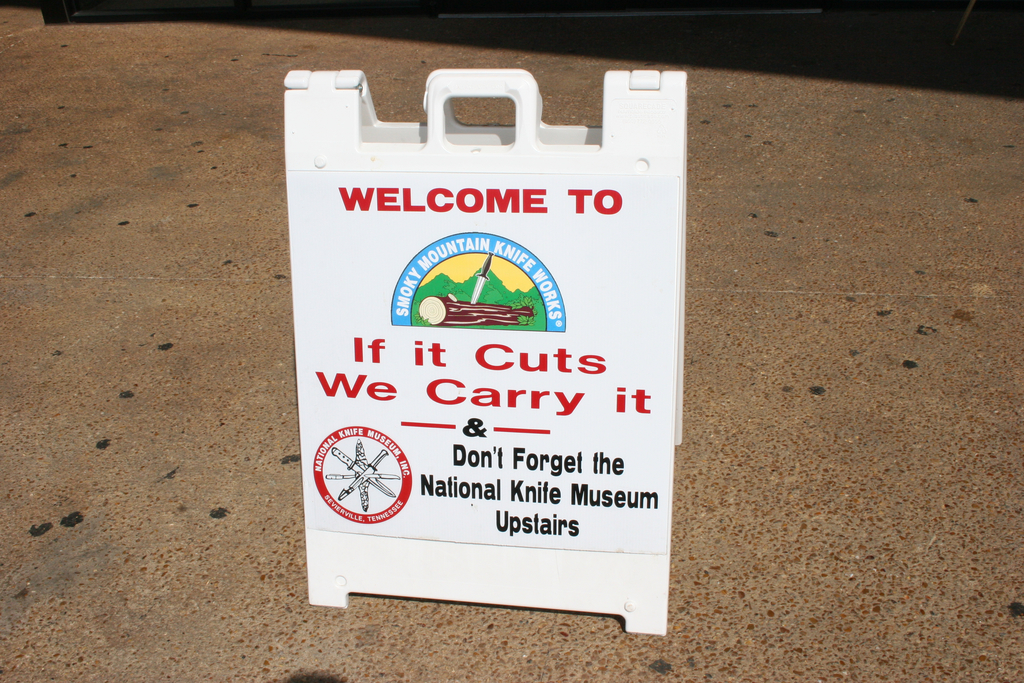 I don't think I could have ever imagined seeing this much stock, old and new as exist in this place.  Old, new, historical, it's all there.  The staff is friendly and helpful and the checkout system is very efficient and effective.  The number of interesting displays…

Battle of the bladeshapes round #1!!!

Allright people. In trying to decide which bladeshape I'll be creating we're have a Battle of the bladeshapes.

Just wanted to communicate my experience with SMKW. It was my first time to visit and it was great. I spent nearly four hours in the store. I did not realize they had vintage knives for sale in addition to the new ones. I bought a Case trapper from 1984 that had the new grind blades on it. This is the first one of these I have seen , although I had read about this time period. I also bought an Opinel and a large and medium Case John Deere stockman. I had a peanut in my orders at the…

In Memoriam Dealer to Dealer

It was great to meet the other dealers that are iKC supporters, Frank Powers Franks Classic Knives, Ken Mundhenk Blue Creek Cutlery, deal on the phone with TSA knives Greg Holmes... If there were others there i didnt get to meet them.

but these guys are all salt of the earth and great people.. I just hope one day I can retain what Frank Powers has forgotten about knives. So Dealer to Dealer your in great hands with any iKC supported dealers, because Jan just dont take money for…

I need to tap the expertise that exist here on IKC

I am a real newbie when it comes to these pocket knives even though I have always carried a pocket knife since I was a kid.  The Knife Acquisition Bug (KAD) didn't bite me until a year or so ago but left me with latent desires to own every knife I see and blooms into must purchase crisis situations several times a year.  I own Case, GEC, Canal Street, Queen and Schatt & Morgan.  I was doing fine with my KAD until I went to my first knife show last weekend.  I fear that I may have picked…

KnifeMaker Ivory Ban Update - More We Find Out - Worse It Gets!

March 10, 2014: Knife Rights was in Washington D.C. last week working on the Ivory Ban issue we first wrote about two weeks ago. We met with Members of Congress, including Rep. Matt Salmon, the only Congressman to question this Administration's Ivory Ban at the original sham hearing (…