KnifeMaker Back at it....

Larry gets another 4 day weekend.  He is back in the knife shop this morning.  He got his materials in so his goal is to complete 3 folders over the weekend.  They are going to be absolutely gorgeous.  He is making sure they are worth the wait.  I can't wait to see them myself since I don't get to spend too much time in the shop because of dang allergies.

I did not blog yesterday.  Tamera and I went to Tifton to visit with her friend who just had a baby boy.

KnifeMaker Back at the mill today!

Larry enjoyed his 4 day weekend BUT it's back to the insurance job today.  He took the afternoon off yesterday and I have shipping to do today.  He has a supply shipment he is waiting on to finish the 3 he has framed out now.  Sometimes this is hurry up and wait.  Hopefully more pics will come soon!

KnifeMaker Last day of the 4 day

Well, he said he was taking today off.  BUT guess where Larry is this morning?  Wait now....the first one does not count! LOL  This year he has built all total 10 pocket knives.  3 orders, 2 as gifts, 1 as barter and 4 to sell.  By this time he has usually built approximately 30-40.  We only have 1 of the 10 left.  We did not realize how patiently everyone had been Well until he gets his order in, he is on hold because his handle material is in there for the next few.  But keep watching,…

Some people go to the beach, some go to the mountains, some just put their feet up and watch TV when they have the luxury of  a 4 day weekend.  What does Larry do?  Yep you guessed it, he goes to the knife shop.  Thursday and Friday were really productive but early this morning he was up and back in there.  That man really LOVES to make knives.  Look for something new today or tomorrow!!

I took a lot of pictures of some really nice knives and I will share them on the media with photos.

Here is Charles Reed, a member of IKC, he thought I had aged a lot. 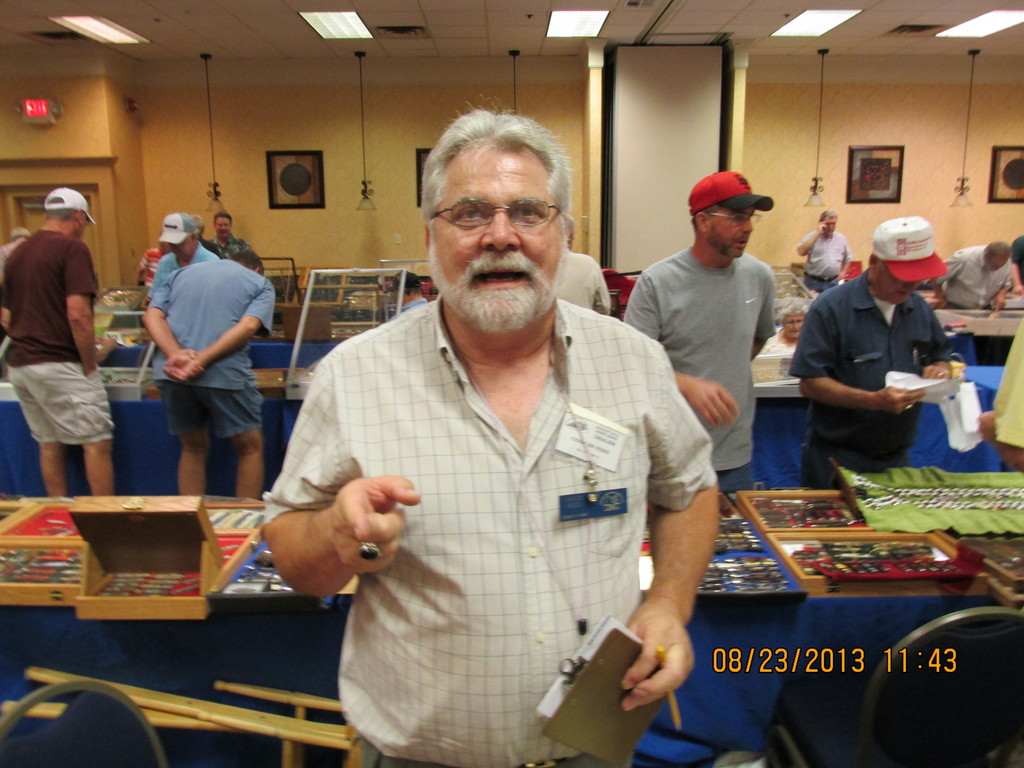 Sorry to miss David Rice, Ryan Daniels, and Joe Spalding who I think are…

Attended the Central Kentucky Knife Collectors Show in Lexington, KY today and very much enjoyed it. For the first day, the show seemed very well attended. The room was full with 60 tables and 2 tables in the lobby. Despite buying 11 Knives and spending more than I intended, it was my pleasure to meet 3 IKC members. It seemed like we knew each other already, and they recognized me from the forum. Charles said I looked a lot older than my picture - LOL. I'll let the pictures do most of the…

Its Been Quite a Day

Went to the Central Ky Knife Show today and my addiction flared. I bought 11 Knives and when I got home one was waiting for me from the mail.

The first photo shows a Parker Stag, a Case Stag, a Buck, a KaBar Dogs Head, and a Parker Butter Bean. 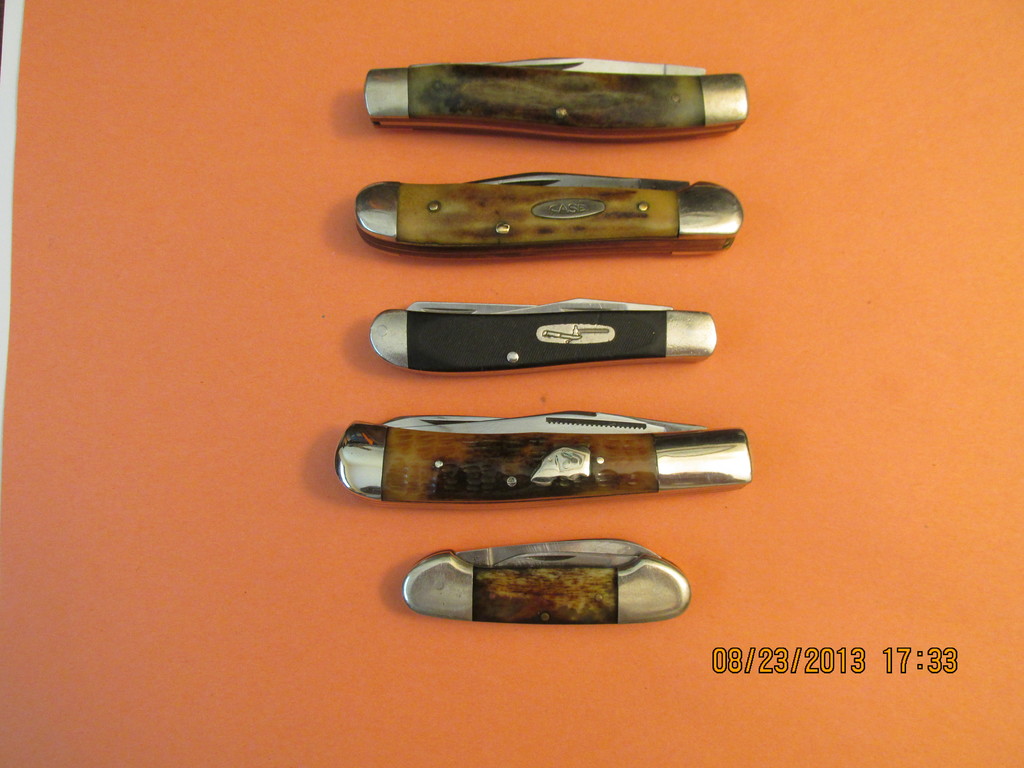 I have looked around and I can not find one knife club that has had a knife maker, make their club knives. There very well may be some but I can't find them. This should make our knives this year kinda rare.

September is almost here, along with the due date for this years knives. I am starting to get excited, this will be my third, one.

I want to thank Miss Jan and the staff for their hard work, in getting this years knife project, completed. Also, to everyone that added…

When you hunt Deer, its a good idea to be where the deer are. Same for Knife Hunting - there are places where knives hang out for sale.

This is just a listing of places where I find knives - generally in my area but anywhere really.

Bill Goodman's Gun and Knife shows - not many vintage knives, but lots of imports and tactical knives. I am going to one tomorrow.

Ohio Gun Collectors Assn-good place to pick up some nice knives that appeal to your taste.

Just wondering how you guys stand on filework.

(not my picture, came from http://makestuffwithyourhands.files.wordpress.com)

Just to let you guys know and everyone else who has asked me about the new Queen Camp Knife.  I spoke with Ashley at Queen this morning.  The Camp Knife will be delivered late this week.  Great news!!! 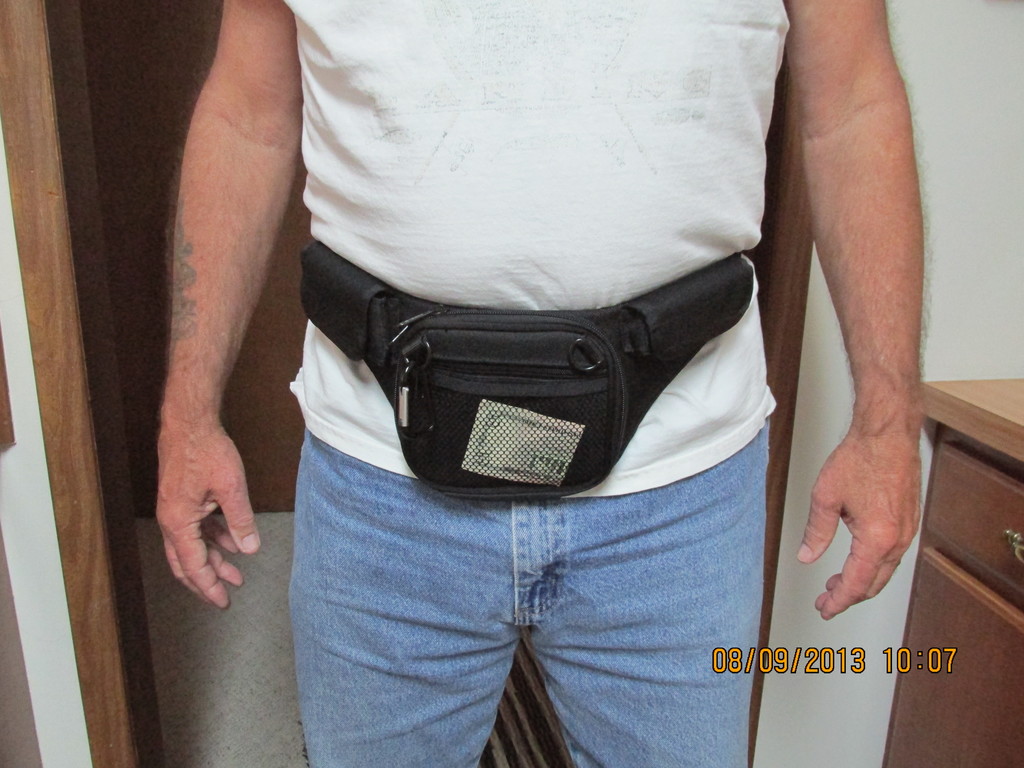 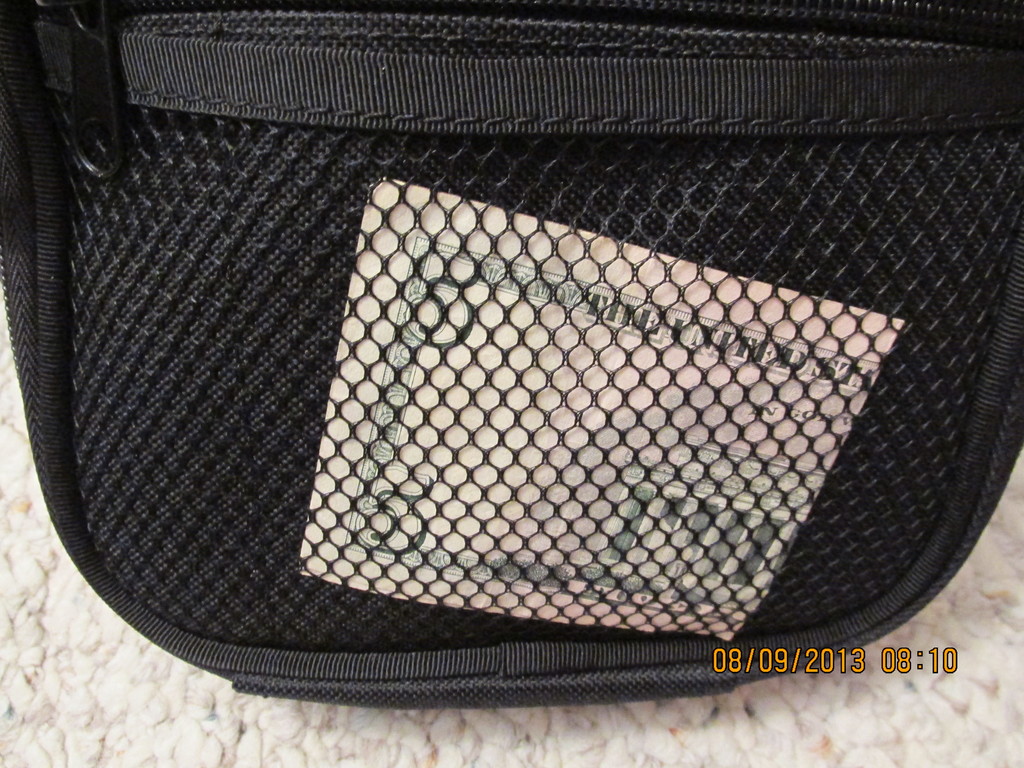 It's been a very good week!

4 new knives in the last couple of days! One was the Green Spyderco Paramilitary 2 CTS-204P that I had been trying to get for over a year and a half. I also got a Spyderco Native, an Orange Victorinox Hunter XT, and a coffin shaped, solid stainless steel Wenger Traveler. 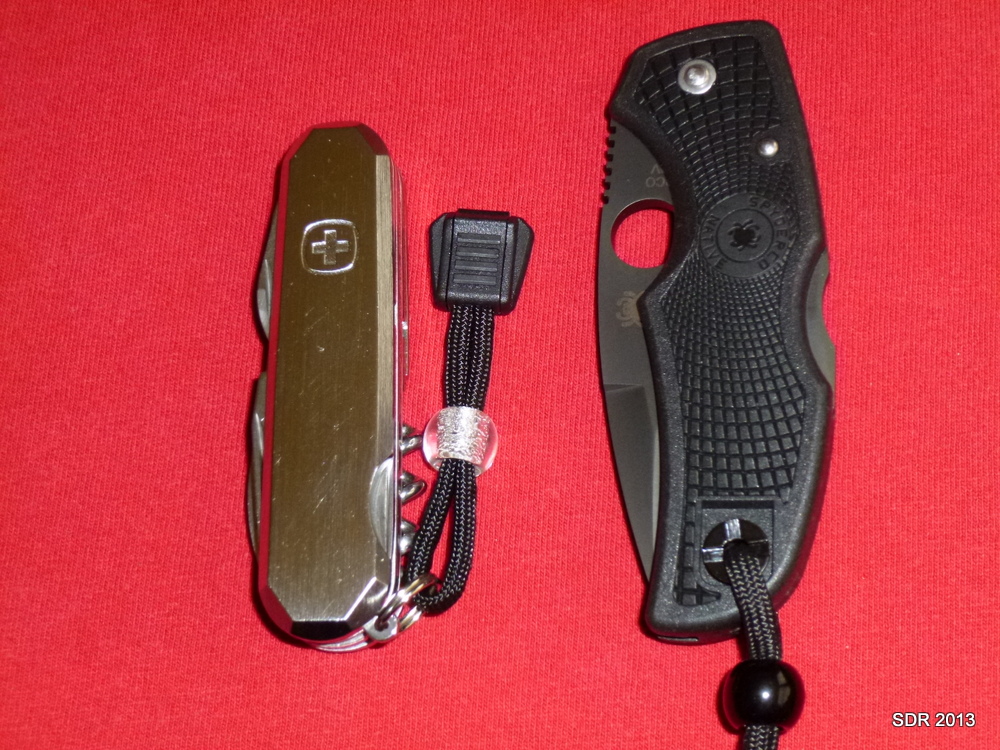 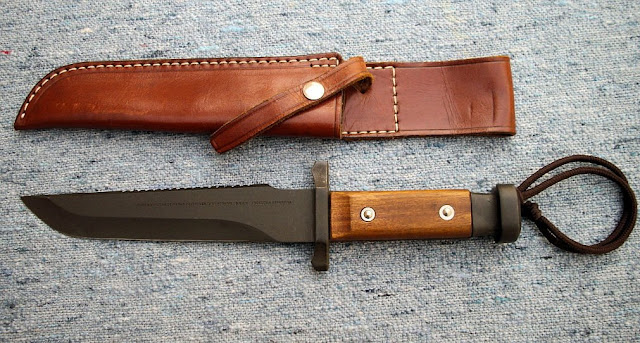 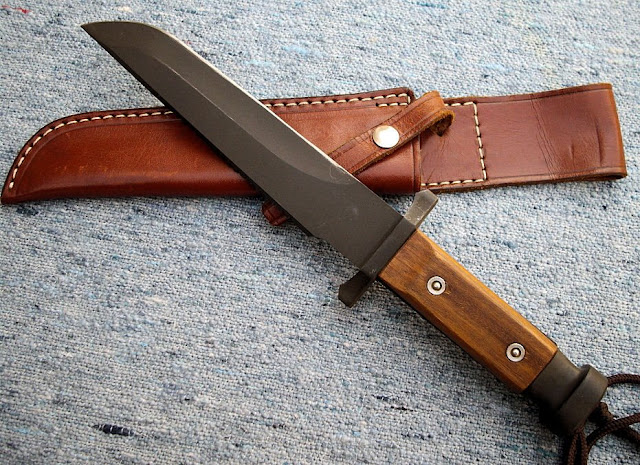 Hey everyone..Mike Haines here from Spokane WA..I am forced to sell my one and only old collectible Knife..Sad but $ is tight and work is scarce for me right now..It is an old 1920's Remington Banana Bullet factory folder # R1253..It is NOT a repro but an original with perfect stag handles...5 1/4 inches long when closed..The blade is a little worn..Was appraised by a knowledgeable dealer and I am asking a fraction of that...like a fourth..!  Any interest contact me at mj111haines@gmail.com…

How I got started:An 8 year old boys brother who was 10 years older than he, gave a very special gift once. The brother came home from the Navy in 1956 on leave and brought his younger brother a 4 blade Imperial knife. The boy was so excited he cut himself with it that very day. His Mother took it away for awhile, and in about a year gave it back. The boy carried it proudly and loved that knife. One day in the 5th grade the teacher had the students do handstands, while the boy was attempting…

In Memoriam Kissing Cranes or Not!

It's a fact that I collect Kissing Crane knives, mostly German made. In 1988 the company moved it's operation to China, along with a lot of other knife companies.

Recently, I've seen a lot of knives with the Robert Klass shield instead of the Kissing Crane. Both seem to be on the market now days.